The last grave of the Burke & Wills expedition

Ron goes in search of the last grave of the Burke & Wills expedition.

I WAS back in the desert country recently, looking for yet another grave from the Burke & Wills 1860-61 expedition.

I had already been to most of the gravesites of those pioneers who had blazed their way across Australia, and while Burke and Wills had gained all the glory and had been buried with the pomp and ceremony of a state funeral, the others who paid the supreme sacrifice on that expedition have remained basically forgotten; their graves lost to the shifting sand and drying mudflats of central Australia. 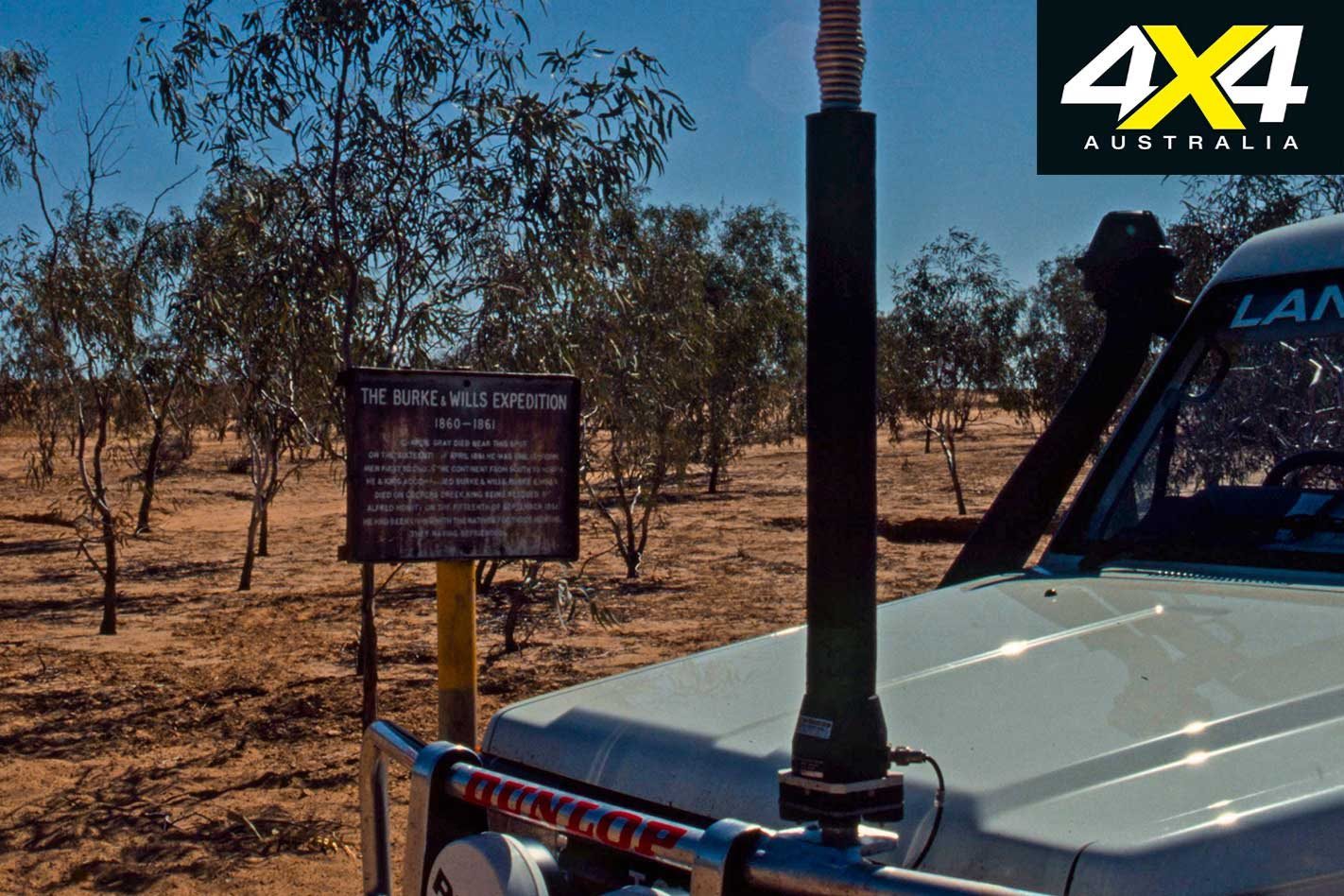 When Burke had split his party at Menindee and headed north to Cooper Creek, he took with him seven other men including William Patten (sometimes spelt Patton) and was guided north to Torowoto Swamp by William Wright. Once on the Cooper, Burke, Wills, Grey and King headed north for the Gulf, leaving behind a small ‘depot party’ under the leadership of William Brahe.

After guiding Burke and Wills north to the swamp, Wright had returned to Menindee where the supply party – which included Dr Ludwig Becker, the expedition artist, and Dr Hermann Beckler, the medical practitioner and botanist – were getting ready to follow their leader north to the Cooper. They never made it.

Along the way, at a spot they called Desolation Camp near Rat Point, the supply party was initially trapped for a few weeks and, while there, Ludwig Becker painted the scene of their camp in February 1861. Pushing on, they became trapped on the Bulloo River near Koorliatto Waterhole in south-west Queensland, where three of their members (including Dr Becker) died from scurvy.

The supply party weakened and, on the edge of starvation at the end of April 1861, were about to head back to Menindee, when Brahe and his depot party, retreating from Cooper Creek, arrived. The depot party was in no better condition than the supply party, and Patten was in dire straits. 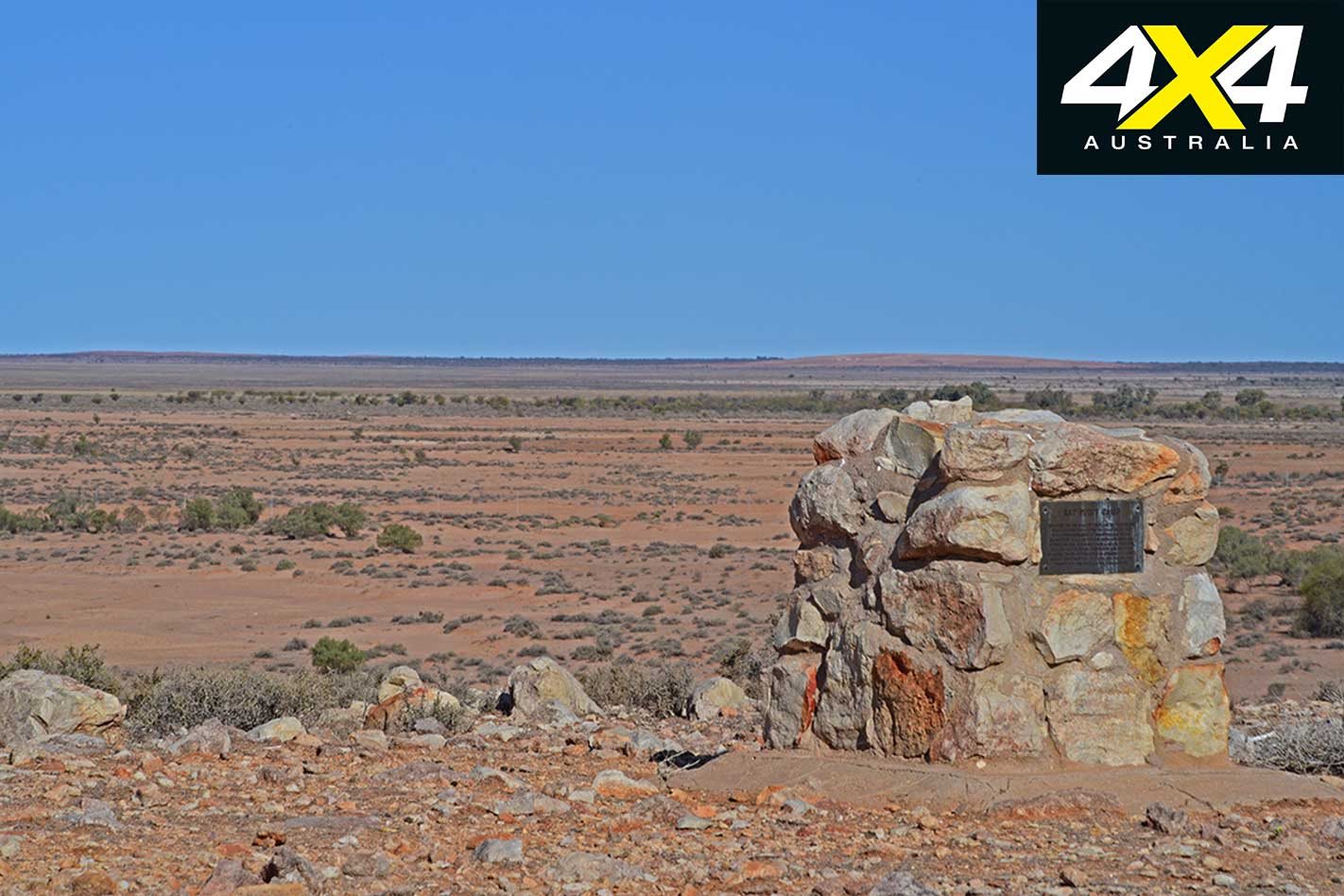 Beckler’s book, A Journey to Cooper’s Creek, written about his experiences on the expedition and not translated into English until the 1990s, recounts in some detail the pain of Patten and the effort the men went to keep him alive and comfortable while they pushed south to survive.

Beckler states Patten died and was buried some miles south of Mud Plain camp – his term for Desolation Camp. Both Beckler’s map and the map found in the excellent guide by David Phoenix – Following Burke and Wills across Australia – show Rat Point in much the same place.

In 1992, the Army Survey Corp searched for the gravesite of William Patten and erected a monument at what they thought was Rat Point. To hedge their bets, they erected two. Both are on the edge of the Bulloo River Overflow (water only makes it this far south every 10 to 12 years) about 15km apart. 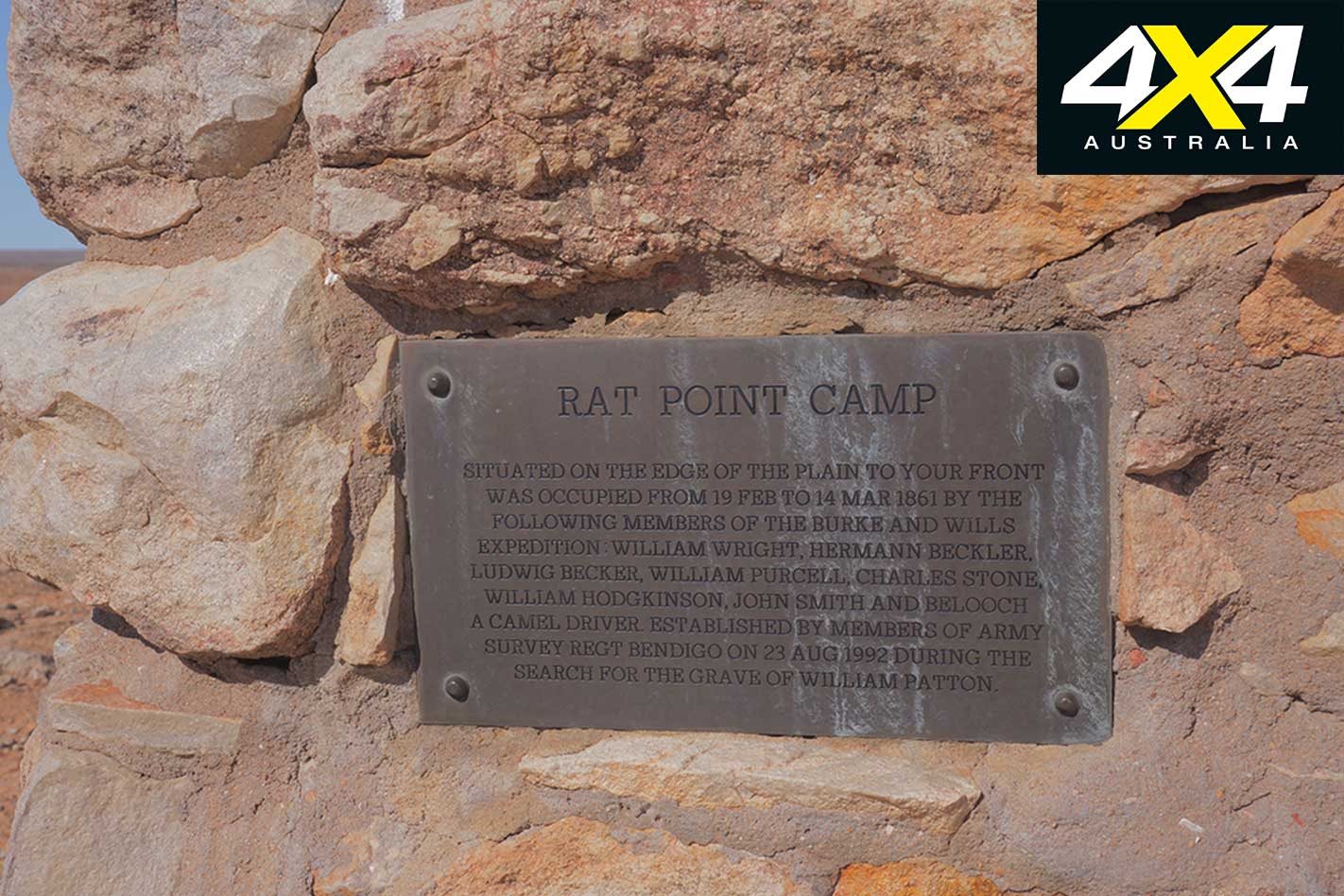 I think the northern monument is the right spot – the white hill in the foreground of Becker’s painting is apparent when you stand on the hill, and the low hills in the background of the painting are visible when you look towards the horizon.

Going by Beckler’s description the grave of Patten is some distance south and could be anywhere (it’s yet to be found). It will take a major search and a good dose of luck to find Patten’s grave, but maybe it should remain another ongoing mystery to the drama that was the Burke & Wills expedition. 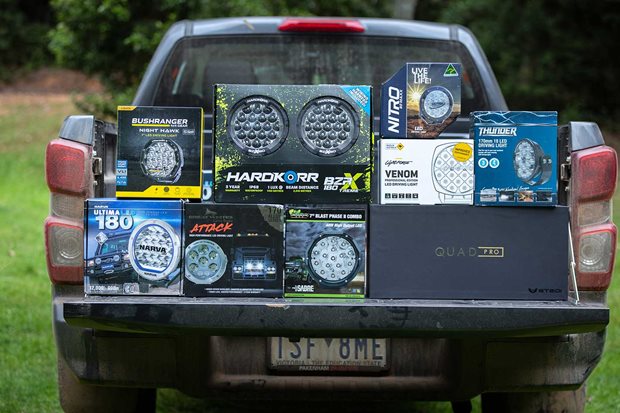 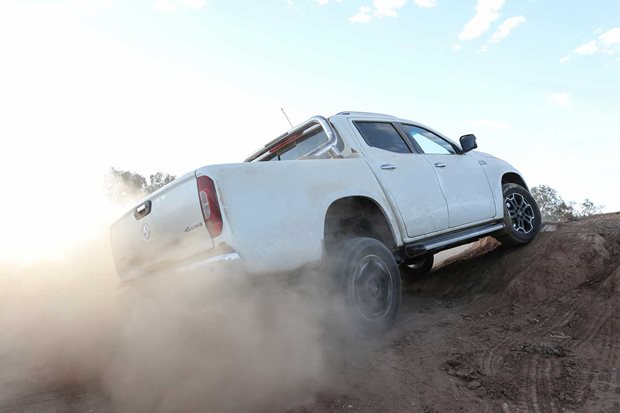