We look at the Korean siblings and compare the pair

The Kia Stinger and Genesis G70 are Korea’s latest additions which are likely to be popular with Australian customers, making a two-pronged attack on our crowded new-car market.

Both are rear-drive sedans, with the engine up front, with some mechanical similarities underneath the skin. But there are also many key differences between the two, both in terms of design, and their intended markets.

Genesis is the luxury arm of Hyundai, which has a majority stake in Kia. While it’s only natural the two share componentry, the Stinger is aimed at performance-orientated customers, while the G70 hopes to appeal to a customer shopping for a mid-size luxury car.

Think of the Stinger as a rival to the outgoing V8 Holden Commodore, while the G70 is taking on the dominant Mercedes-Benz C-Class as well as BMW’s 3 Series and hoping to convert buyers also looking at Lexus IS and Infiniti Q50.

Unlike cars that share the same architecture, like the Nissan Navara and upcoming Mercedes X-Class, the G70 and the Stinger have some core differences under the skin.

So here we’ll go through what separates the pair, and what is the same across both offerings.

Both cars are available with a near-identical pair of engine options. A 3.3-litre twin-turbo V6 is the flagship, producing 272kW and 510Nm.

A 2.0-litre four-cylinder turbo-petrol engine will also be available in both, making 190kW/353Nm in the G70. The Stinger’s 2.0-litre turbo makes slightly less power at 180kW. 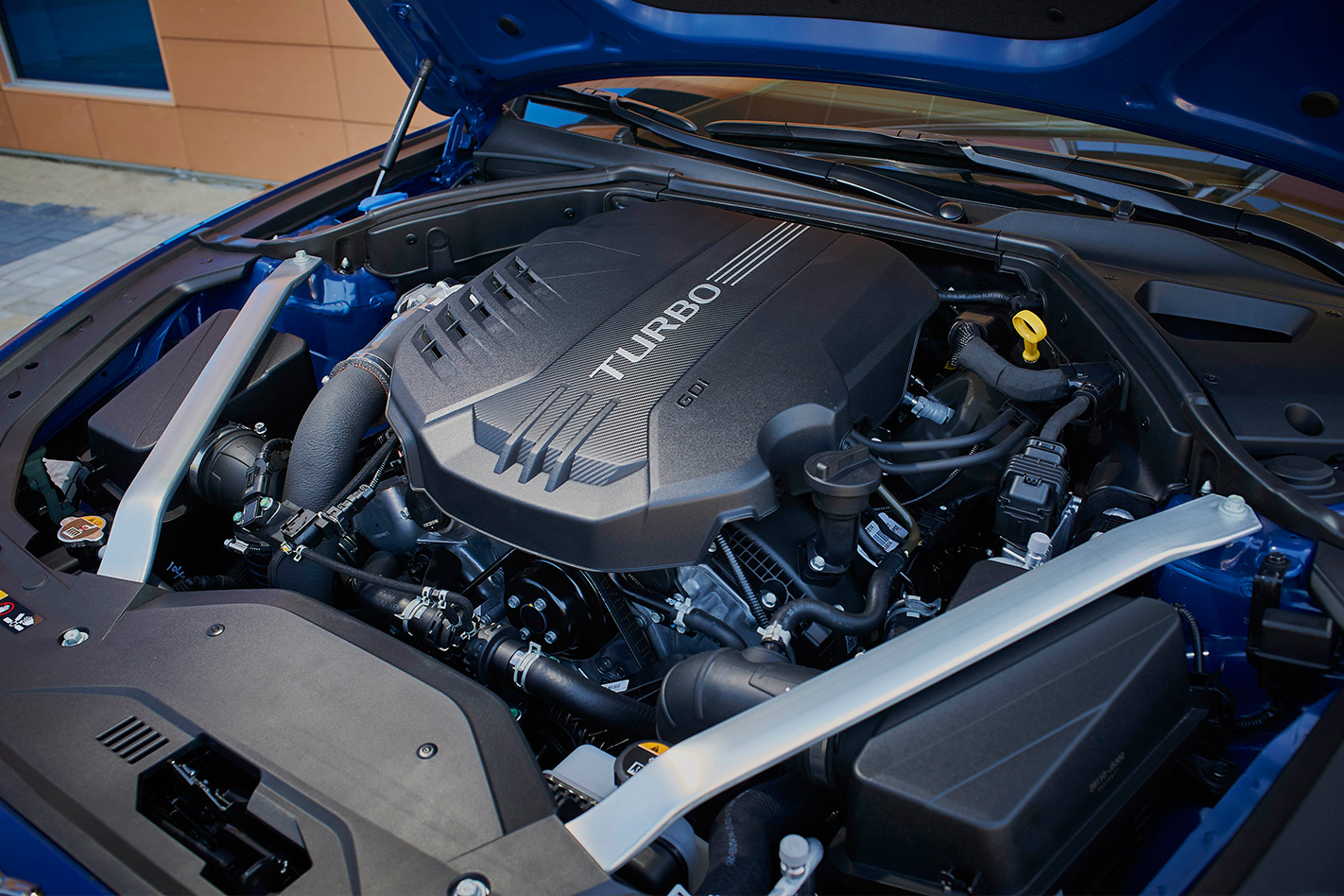 The G70’s engines will be mated to Hyundai’s own in-house eight-speed automatic transmission, which sends power to the rear wheels. 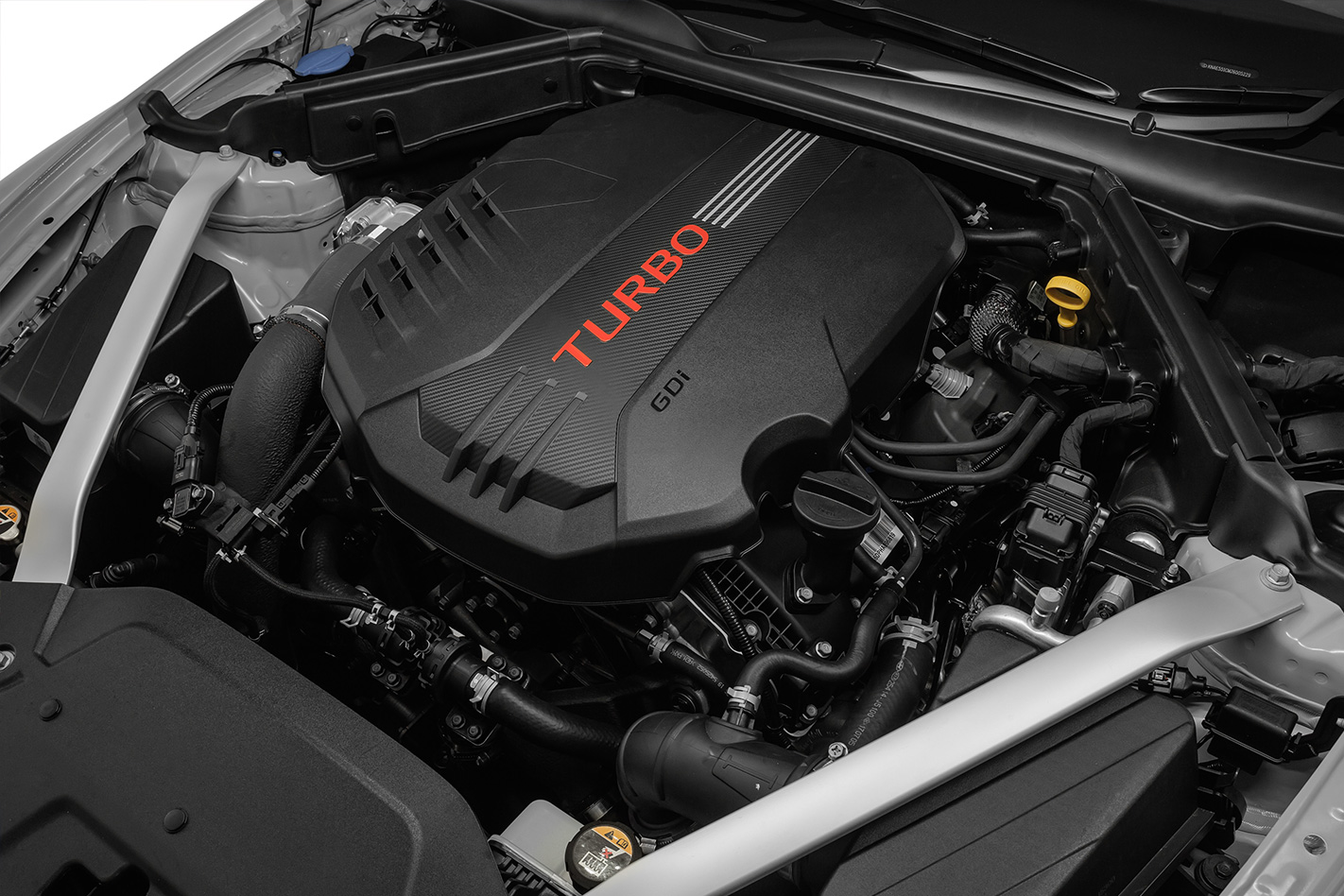 In overseas markets, the G70 will have the option of a 2.2-litre diesel engine – this will not be available in Australia. Both cars are offered with all-wheel-drive overseas, but Australian customers will only be able to purchase rear-drive variants.

While both the G70 and Stinger have four-door body styles, there are some important differences.

The Stinger is the larger of the pair, with a longer overall length and wheelbase than the G70, and arguably a more practical liftback boot.

Meanwhile, the smaller G70 opts for a traditional sedan styling, with boot and folding rear seats. There is slightly less room in the rear of the G70 than the Stinger. 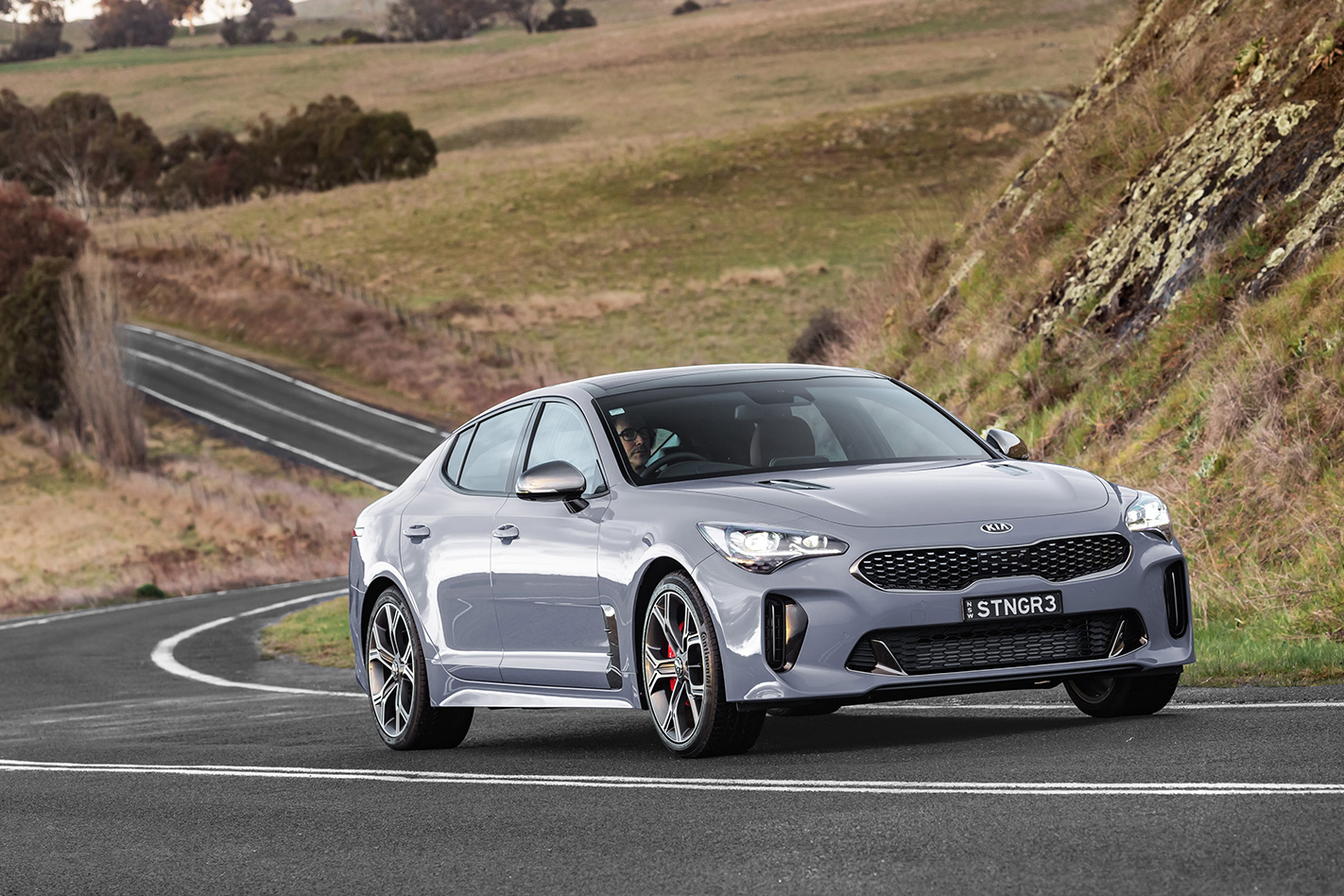 While the suspension underneath the G70 and Stinger models are remarkably similar, there are some subtle but important differences, which extend beyond the tuneable components of springs, dampers and anti-roll bars.

The S and Si variants for both the four-cylinder and V6 Stingers will have passive dampers, while only the GT variants have adaptive dampers. 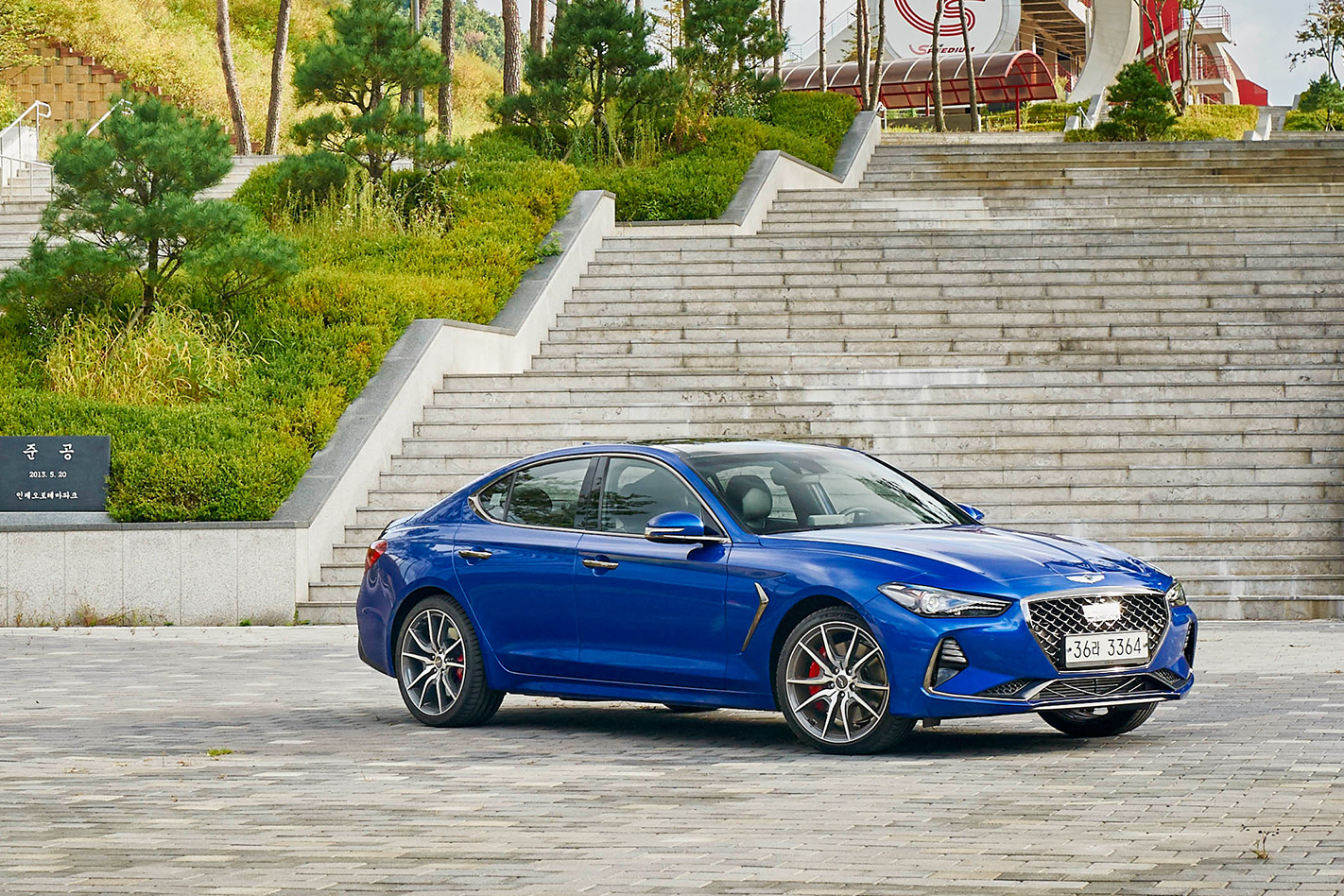 Both Korean cars have undergone local suspension tuning to make their ride and handling characteristics better suited to Australian roads and tastes of Aussie buyers. However, both cars will have a different tune to each other. The Stinger will have more of a sporting focus, while the G70 will lean towards a more sports/luxury driving experience.

Kia claims the Stinger will sprint to 100km/h in 4.9 secs. However, when testing a pre-production car without a fully functioning launch control, our sister site Wheels recorded a 0-100km/h time of 5.1 secs. 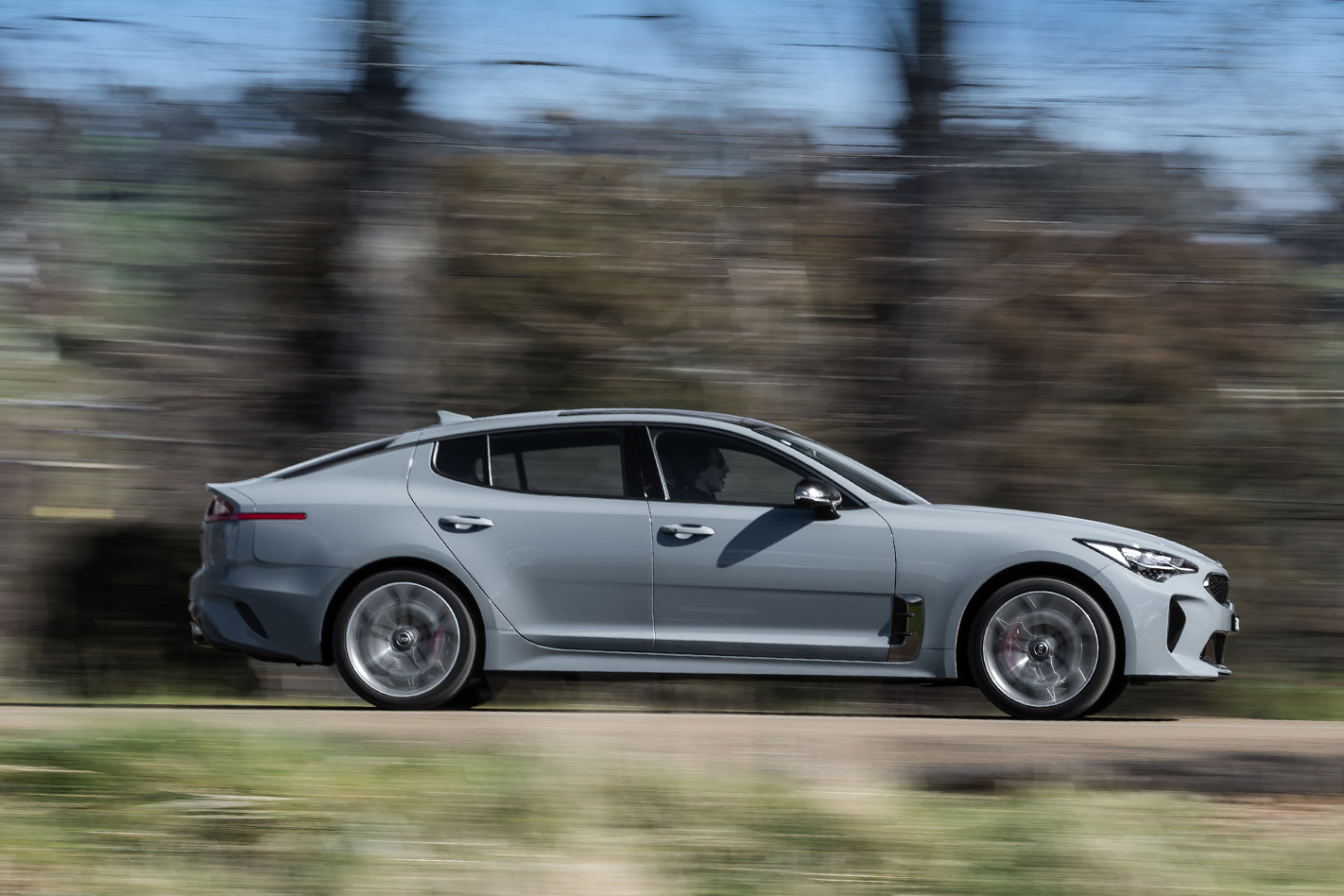 The differences between the two are most striking with their intended target market. 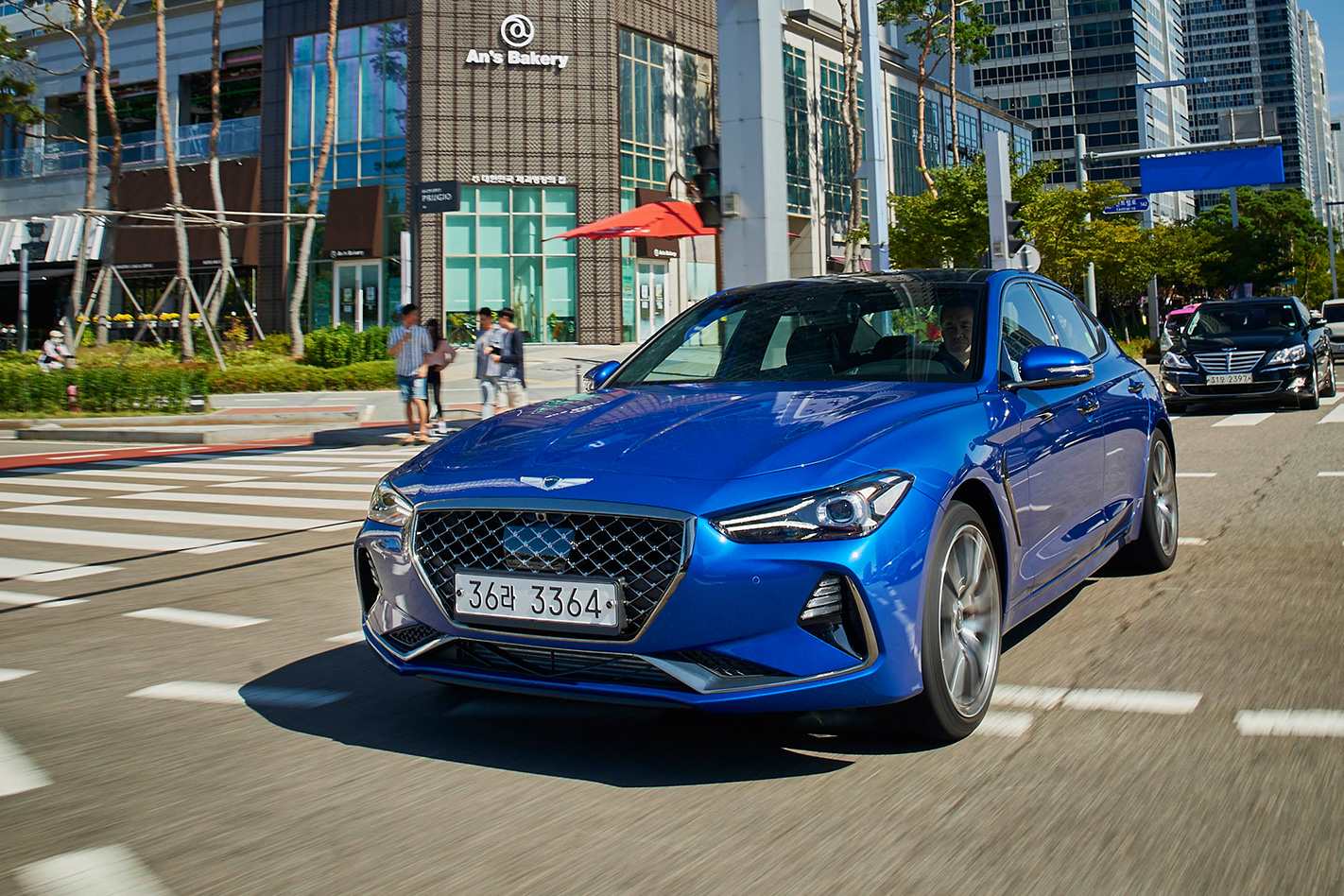 Official pricing for the G70 in Australia is yet to be released. However, it’s likely the entry-level model will be in the low $50,000 zone, undercutting many of its luxury European rivals. The top -spec V6 variant is expected to cost in the region of $75,000. This flagship model is likely to include features as standard which are often only available as options on European models of a similar or higher price.

The Kia Stinger’s local launch took place this year, with cars available to purchase from October 1. Meanwhile the G70’s international launch recently took place in Korea, with Hyundai Australia estimating the car to be on sale during the first quarter of next year.