Smartphone mirroring in cars has gone from a coveted luxury found only in the flagship models of the most prestigious car makers, to a feature many mainstream brands offer today as standard.

Such is the proliferation, that one-tonne utes – once the epitome of no-frills function – are gaining the technology along with almost every other vehicle class. If you’re thinking of joining thousands of Aussies and putting a new dual-cab on your driveway, the availability of Android Auto and/or Apple CarPlay could be a deal-sweetener or a deal-breaker.

Here are all the dual-cab ute models (and some smaller cab versions) that include the popular technology and exactly which variant you’ll need to focus on to make it yours. You might be surprised at the ones that miss out.

Until the introduction of the all-new 2020 D-Max, Isuzu's dual-cab offering languished at the bottom of the pack without any mirroring options regardless of the specification but, as part of the significant model evolution and improvement, the new version now offers Android Auto and Apple CarPlay for all variants. 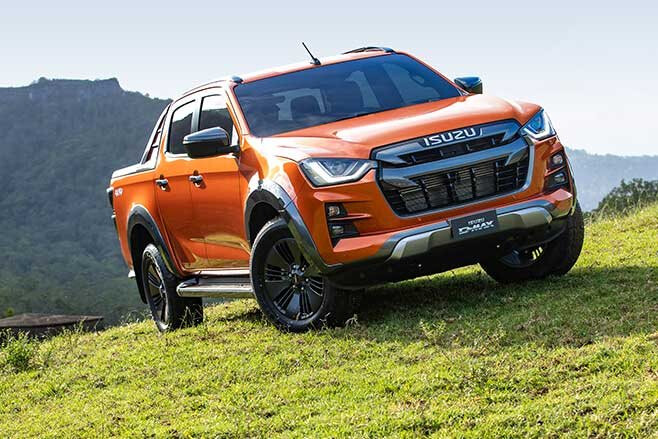 Toyota's ever popular dual-cab has mimicked the D-Max's strategy. In the previous generation, the Toyota offered no smartphone mirroring but, in response to a surge of consumer demand, the updated version now has Android and Apple device compatibility across the board. Even at the base Workmate level, the Toyota includes the technology as standard. That's quite a U-turn.

You don't have long left to snap up your own example of Holden's excellent one-tonner, but if you can find one, both Android Auto and Apple CarPlay are offered with every Holden Colorado variant, even entry-level versions, and it’s the same story for the closely related HSV Sportscat at the top end of the range before they went out to pasture.

Like the Colorado, both Android Auto and Apple CarPlay are offered as standard fare with every version of the second-generation BT-50, which launched in 2012 including the sub-dual-cab range. However, there's a new third-gen BT-50 landing imminently and, while only two variants have yet been confirmed, both will continue the tech via a new 9.0-inch screen.

Mitsubishi’s ‘Smartphone Link Display Audio’ feature allows the mirroring of both Apple and Android devices and is included on all dual-cab and ‘club’ cab versions. It was introduced as part of a significant update in 2019.

As you might expect from one of the most car-like utes on the market, Volkswagen’s offering comes with heaps of tech including its proprietary App-Connect system for V6 and four-cylinder models, which allows the mirroring of both Android and Apple devices.

In the case of Ram’s ‘smallest’ 1500 model, only the Laramie highest-spec version is equipped with Android Auto and Apple CarPlay. Step up to the massive 2500, and the feature is offered with all three variants of the model.

And the same goes for the RAM's arch rival. All versions of the freshly introduced 'small' Silverado 1500 and its larger 2500 sibling have Android Auto and Apple CarPlay availability.

Speaking of newcomers, Jeep's dual-cab foray - the Gladiator - continues the theme with Android Auto and Apple CarPlay as part of the deal on both its variants. Smartphone mirroring is via the new model's 8.4-inch touchscreen.

Until recently, Android Auto and Apple CarPlay were only supported at the pointy end of the Ranger range, but a 2020 update has now included the feature as part of Ford's range-wide SYNC3 system. That includes the halo Raptor and returning Wildtrak X variants as well as entry level options.

Like the Ford Ranger, smartphone mirroring for Android and Apple devices is only available for the more premium variants. Android Auto and CarPlay is included as standard from the Navara SL and ST as well as the range-topping ST-X and N-Trek and flagship N-Trek Warrior.

Despite its budget price tag, the South Korean ute includes both Android Auto and Apple CarPlay as standard with the ELX and Ultimate versions of the Musso. Only the entry-level EX misses out.

And it’s the same story for the venerable 70 series LandCruiser. Although in its case, it’s probably even further down the list of Toyotas to be upgraded to smartphone mirroring, if it ever gets it at all.

Just as surprising is the Mercedes X-Class. The brand is typically associated with impressive levels of technology and convenience features, but its foray in the ute arena does not offer smartphone mirroring for now. The German brand has announced it will pull the model from production and it's unlikely the X-Class will get an update before it's withdrawn from sale.

Is smartphone mirroring a 'nice to have' ute feature or something you won't do without? Tell us in the comments below.