We know that in the celebrity world, car-owners barely bat an eyelid at a Porsche 911 or a Lamborghini Aventador. But when the rich and famous get around in a VW or Toyota, it turns heads.

That’s a lot of ridiculous.

But what about those stars who get to and from their multi-million dollar mansions in cars that we mere mortals can afford?

LeBron James in a Kia, Adele in a Mini or Leonardo DiCaprio in a Prius are bound to turn our heads every bit as much as a celeb in a mighty McLaren.

With a bit of research, we’ve discovered celebrities like these exist and they’re much more common than you’d expect. As for the close-to-million dollar cars locked away in their garages? We’ll pretend those don’t exist for now.

If you know Lily Allen, you’d know she’s not one to play the stereotypical lady card. The foul-mouthed Brit has been spotted driving a lime green Ford Focus RS. More to the point, she’s been seen pulling a handbreakie, spinning the green car 180 degrees without stopping in an empty lot. Lily Allen, you’ve just become one of our favourite pop stars, ma’am.

We couldn’t do a list on celebs with ‘normal’ cars without including one of our all-time favourites. Eric Bana, who was a special guest at the 2017 Australian Motoring Awards where we presented the WhichCar Style Awards, owns a Ford XB Falcon (pictured top). He may not drive it every day, but he’s had it since he was 16 and loves it so much, he made a documentary about it, Love the Beast.

When a Hollywood heartthrob like Leo starts jetting around the world to work with orphaned children and save the environment, we’re already prepare to give him a little bit of respect. When he’s then spotted backing up his ‘eco warrior’ credentials by getting around town in a hybrid Toyota Prius, he seals the deal. 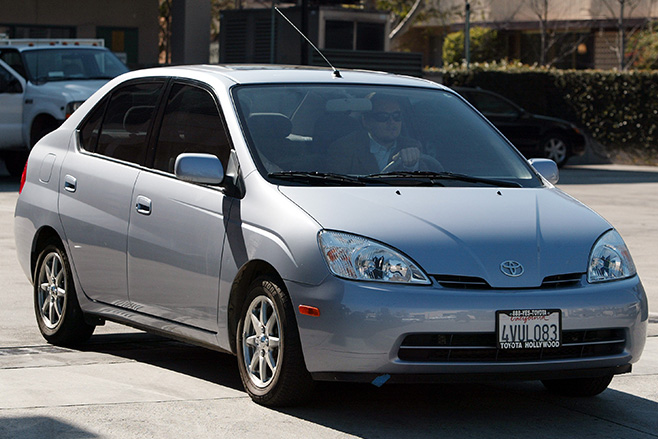 According to therichest.com, the Total Recall actor is worth a cool $30 million. He’s worked with the greats, like Elmo, he’s actually quite funny and, after a stint in rehab, he has turned his life around. There are plenty of photos of Farrell that play to his ultra-cool façade, but none quite like those of him getting around in an old Ford Bronco.

Mad Max is no stranger to beat up old cars. He drove several old, powerful cars through outback Australia for the movie, after all. But despite the Hollywood star, who is no stranger to controversy, sitting on a net worth of allegedly US$400 million, he’s been seen driving a Smart car and a beat-up old Toyota Cressida. We’re wondering if the latter was his way of channelling his inner Max.

The NBA superstar isn’t one for cheap cars, having been spotted driving a Ferrari, a Dodge and a Porsche. But no car captures the paparazzi’s attention quite like his bright orange Jeep Wrangler. We’ve no doubt he’s invested a little bit of money on modifications but its still no $100,000 car. Really, though, LeBron could wear a jacket made out of garbage bags and we’d still find it cool.

Our favourite teapot, Mrs. Potts, might be in her 90s, but the actress gets around in a Kia Soul. It might say a thing or two about the car’s demographic, but it just goes to show that even when you’re worth millions and are driving around the golden fire-hydrants of Beverly Hills, practicality still wins. Also, major props to the Bedknobs and Broomsticks actor for still being behind the wheel in her 90s.

Harry Potter may have spent his early years getting about on a Nimbus 2000 broomstick or a hijacked flying Ford Anglia, but the real-life Daniel Radcliffe apparently spent his first pay cheque on a car. A Fiat Punto to be precise. And it doesn’t even fly!

Our favourite ‘Baby One More Time’ pop diva has been spotted in a variety of cars over the years from a BMW 328i to a Maserati Gran Turismo. But her more down-to-earth get-abouts include a Mini Cooper convertible and a Smart Car. 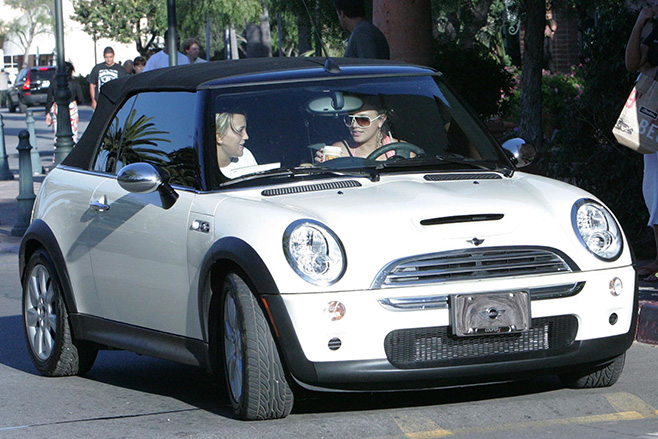 If you don’t already love JT, one look at snaps of him driving a Volkswagen Jetta is bound to change your mind, right? He’s funny (watch Saturday Night Live or The Tonight Show), his music gets us dancing, he constantly reminds the world how much he loves his family, and he’s down to earth. Tick. 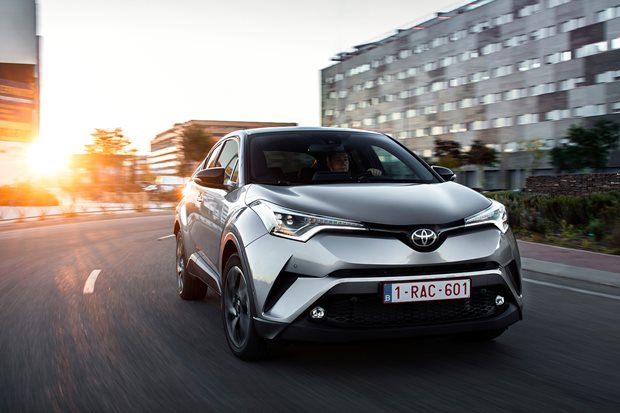 Toyota hasn’t had much of a reputation for driver engagement. However, the carmaker’s chief engineer, Hiroyuki Koba, may be about to change all that.