Ever watched a movie that was decent first time around, but improved on every subsequent viewing?

That’s the VW Golf GTI 40 Years. Just as some movies require some concentration and focus to figure out what’s going on, you have to dig deep to really uncover what makes the 40 Years special.

It only just made the PCOTY cut. Having been beaten by the Focus RS in a recent comparison (December 2016) we debated whether there was any point bringing the limited-edition Golf along, but as the year’s hottest front-driver (narrowly nudging out the Peugeot 308 GTI 270) we felt it deserved a chance. 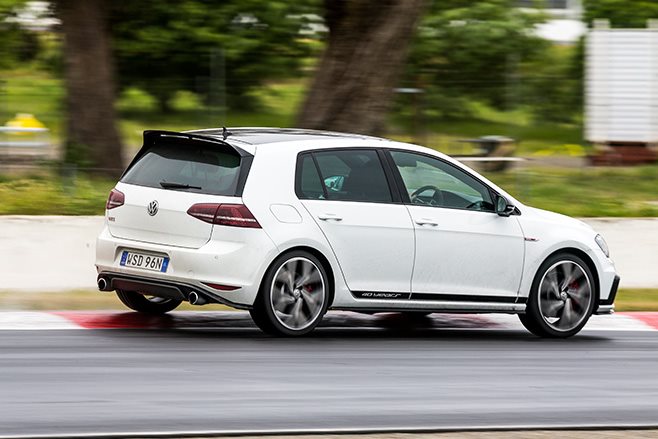 At DECA the Golf failed to shine. Oh it was quick, capable and even reasonably fun, but the same could be said of the regular Golf GTI Performance. The 40 Years didn’t display any obviously extra handling smarts and its stiffer suspension introduced a terseness to the ride that devalued the GTI’s greatest asset, its ability to be both very fast and very comfortable.

Winton was a washout. The VW was one of the easier cars to drive in the slippery conditions, but powerful front-drive cars on a wet racetrack, especially those with limited-slip diffs, are almost always a one-way express ticket to understeer city. Additionally, the 40 Years doesn’t have the adjustability of something like the Megane Trophy to be able to neutralise the front-end push. Or at least it doesn’t when there are rivers running across the track.

It was on day three, on our chosen test road in the Victorian High Country, that it started to click. With dry tarmac under its 19-inch Pirellis, the clever front diff could effectively harness all 195kW/350Nm. The engine is awesome, not just more powerful than in the regular GTI but also much more aggressive, a vicious bbrrtt escaping the pipes on full-throttle upshifts. 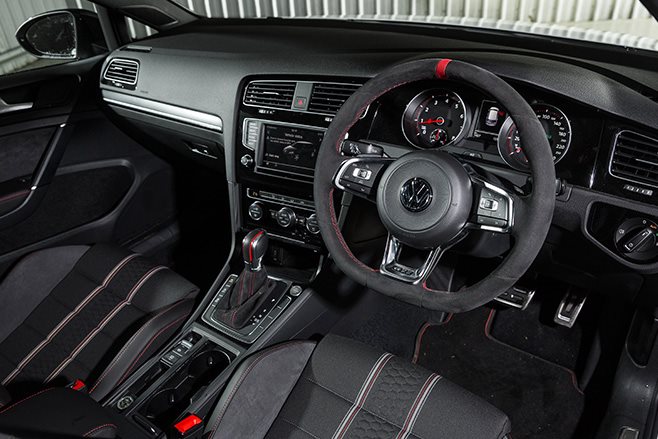 The steering is nicely weighted, the brakes are strong and though the chassis isn’t as playful as the equivalent Megane or Focus, it’s beautifully composed. It inspires confidence as it flows from bend to bend, and finally VW has allowed you to kill the electronics in a front-drive Golf. At last the 40 Years elevated itself above its more prosaic siblings, in the process making its $2500 premium over the GTI Performance look like an absolute bargain.

As a manual that gap shrinks to $500. We asked for a three-pedal car, but sadly the 100 examples so-equipped all have customers’ names next to them. And we can understand why, as even with the DSG this is an exceptional front-driver. Ninth place might not sound too flash, but for a sub-$50K hot hatch to be snapping at the heels of a Nissan GT-R and Audi R8 V10 Plus proves it’s something special. 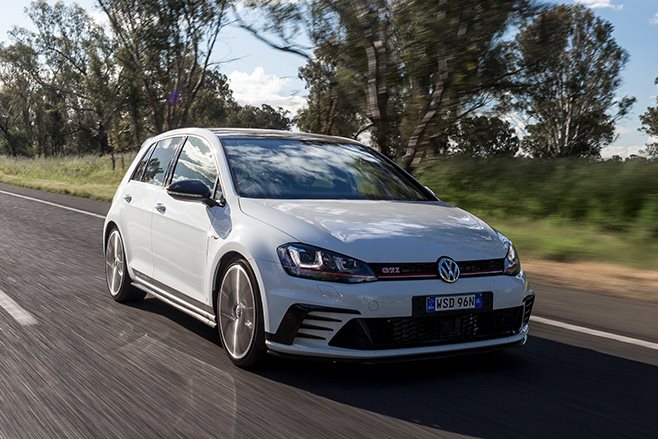 JUDGES' RANK
DAVID MORLEY: =6th
Still showing the rest of the hatchback world how it should be done.

DYLAN CAMPBELL: 10th
I respect it a lot but oddly I don’t lust over it. I’d almost be happier with a Performance or R.

SCOTT NEWMAN: 8th
A slow burner, but dig deep and its excellence shines.

TIM ROBSON: 12th
This is the Golf GTI to own. Amazing engine and a real character.

JOHN BOWE: 10th
Better than I expected, the best front-wheel drive I have driven. 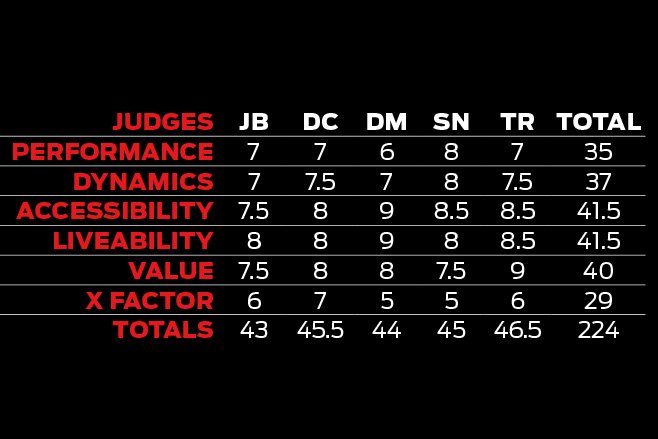 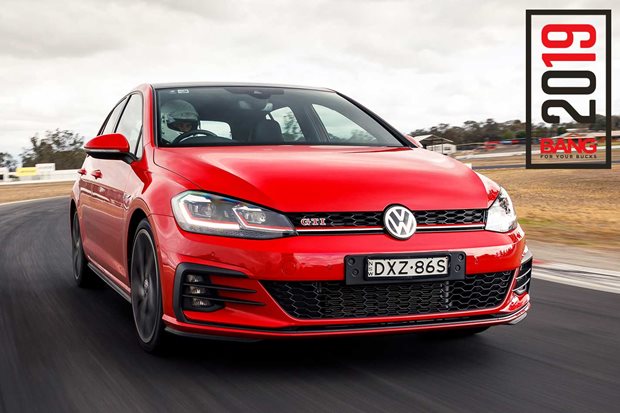 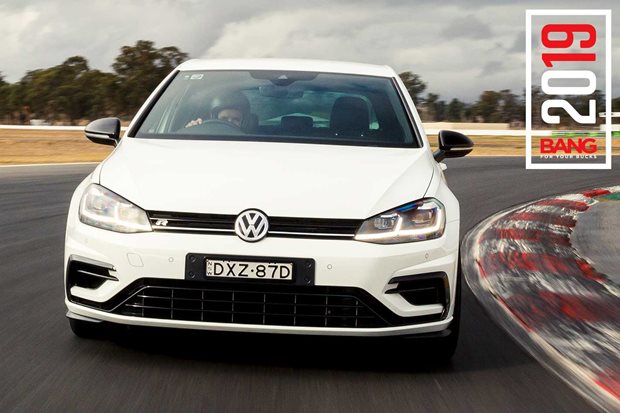