If you don’t know the name Daigo Saito you probably should. He’s one of the world’s pre-eminent drifters, responsible for probably the greatest drift of all time (YouTube ‘Daigo Saito jump drift’) and his workshop, Fat Five Racing, has a history of creating some wild machines.

Some of Saito’s previous drift machines are a 900kW open-top Lexus SC430, a Lamborghini Murcielago, Chevrolet Corvette Z06 and a run of Toyota JZX100 Chasers, then there is his current widebody Toyota GR Supra for D1 Grand Prix in Japan and NASCAR-engined Toyota Altezza for the Russian Drift Series. 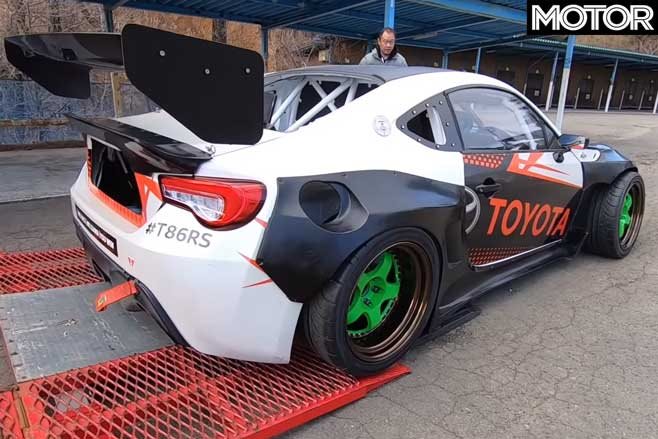 In 2020 Saito is heading back to the US Formula Drift series, hoping to recapture the title he won in 2012. With the assistance of Toyota Gazoo Racing, he’ll be using a Toyota 86 with a strong Australian past.

Saito’s new drift car started life as one of the guest cars in the Toyota 86 one-make race series. According to the windscreen banner, it was last driven by Steven Johnson, who made a number of appearances in the series in 2016 and 2017 as a driver mentor.

The car was sent back to Japan before Toyota’s sports car guru Tetsuya Tada seemingly gifted it to Saito as part of Toyota’s sponsorship deal. 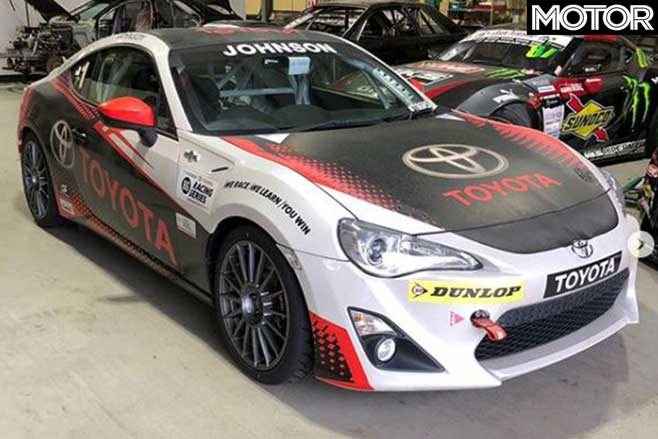 Unsurprisingly, it has changed somewhat during its transformation from entry-level race car to elite drift car. There is a bit of a formula now developing in turning humble 86s into massively powerful tyre shredders and Saito’s new weapon closely adheres to this recipe.

Under the bonnet the standard FA20 has been junked for Toyota’s venerable 2JZ, which benefits from a Brian Crower 3.4-litre stroker kit, an enormous external wastegate Garrett turbo which is kept spinning by anti-lag and a healthy shot of nitrous. 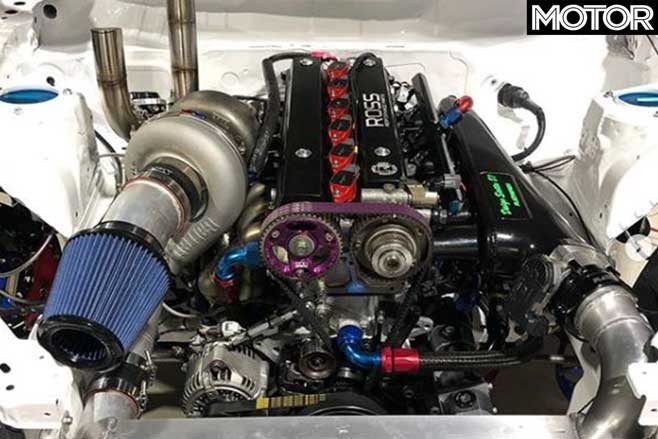 Power is enough to keep the rear wheels spinning in every gear but bank on around 600kW or so. Another Aussie connection is the neat Plazmaman intake manifold hanging off the side of the 2JZ.

The gearbox is a Samsonas sequential with flat-shift capability and the radiator and tiny fuel cell have been moved to the rear for weight distribution purposes. Saito has retained at least some of the 86 chassis, whereas cars like the similar HKS drift car are essentially tubeframe rear ends. 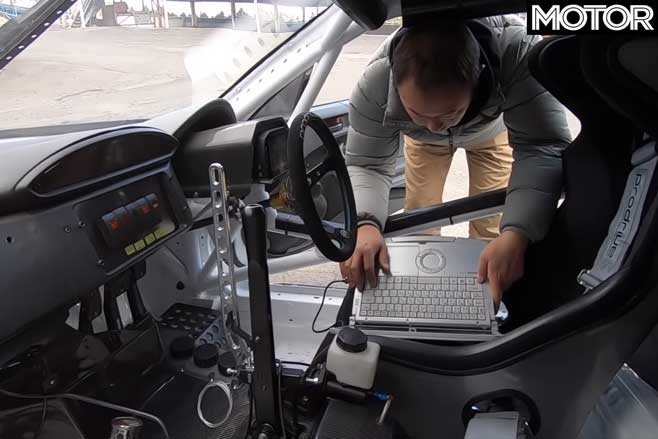 Transmitting the power to the 285/35 tyres is a Toyota LSD from a JZX Chaser, while Wilwood brakes feature all round with a twin-caliper setup at the rear to ensure the wheels lock when Saito pulls the hydraulic handbrake.

The eight-round Formula Drift season kicks off at Long Beach on April 10.