Some cars boast bombproof reliability and some cars really are bombproof. Here is what makes the difference.

If you happen to be a billionaire, chances are there are a few people who don’t like you. There might even be a few people who want you sleeping with the fishes, so to speak. Same goes if you’re a politician. Point is, it’s a dangerous world out there for the one per cent, so you’ve got to stay safe while you’re out and about. How? Have someone build you an armoured car. They’re so cool, even the Pope has one.

The most famous example might be' The Beast'. That’s the nickname given to each iteration of US presidential state car. After the assassination of JFK in 1963 they’ve been getting more and more advanced, but since we know very little about the specifics of ‘Limousine One’ as it’s also known, we turn to Germany to find out how to make bulletproof – and bombproof – cars. 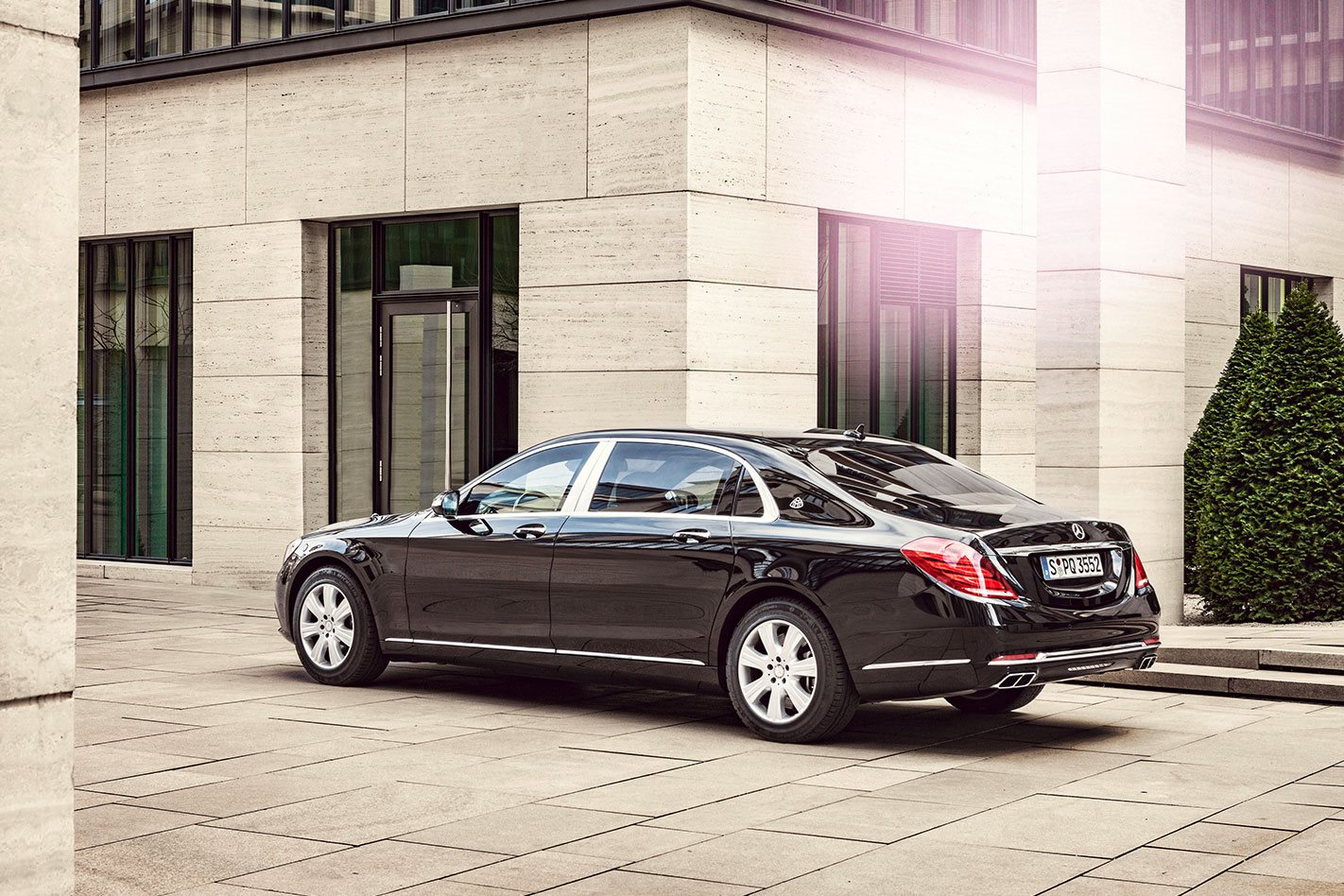 Maybach is the pinnacle of Mercedes-Benz luxury, but it’s also the manufacturer of one of the world’s safest vehicles. Handy if you’re trying not to end up six feet under. More specifically, we’re talking about the Mercedes-Maybach S600 Guard, which features the highest level of ballistic protection available for non-military vehicles – VR10.

Criteria for the VR10 level of protection, according to Mercedes, state that the “bodywork and windows must be able to withstand hardened steel core bullets fired from an assault rifle.” In addition, the S600 Guard meets blast protection in accordance with Directive ERV 2010. Mercedes says the criteria for this directive is not in the public domain, but Mercedes Australia told us an independent test is carried out by a German government branch.

It’s believed a vehicle must be capable of withstanding a blast from 15kg of TNT from a distance of just two metres to pass the test. The TNT is placed at a height of one metre above the ground so the blast impacts the doors, windows, and B-pillar. The tick of approval given to the S600 Guard by Germany’s Federal Office of Criminal Investigation would suggest it’s pretty much bombproof. 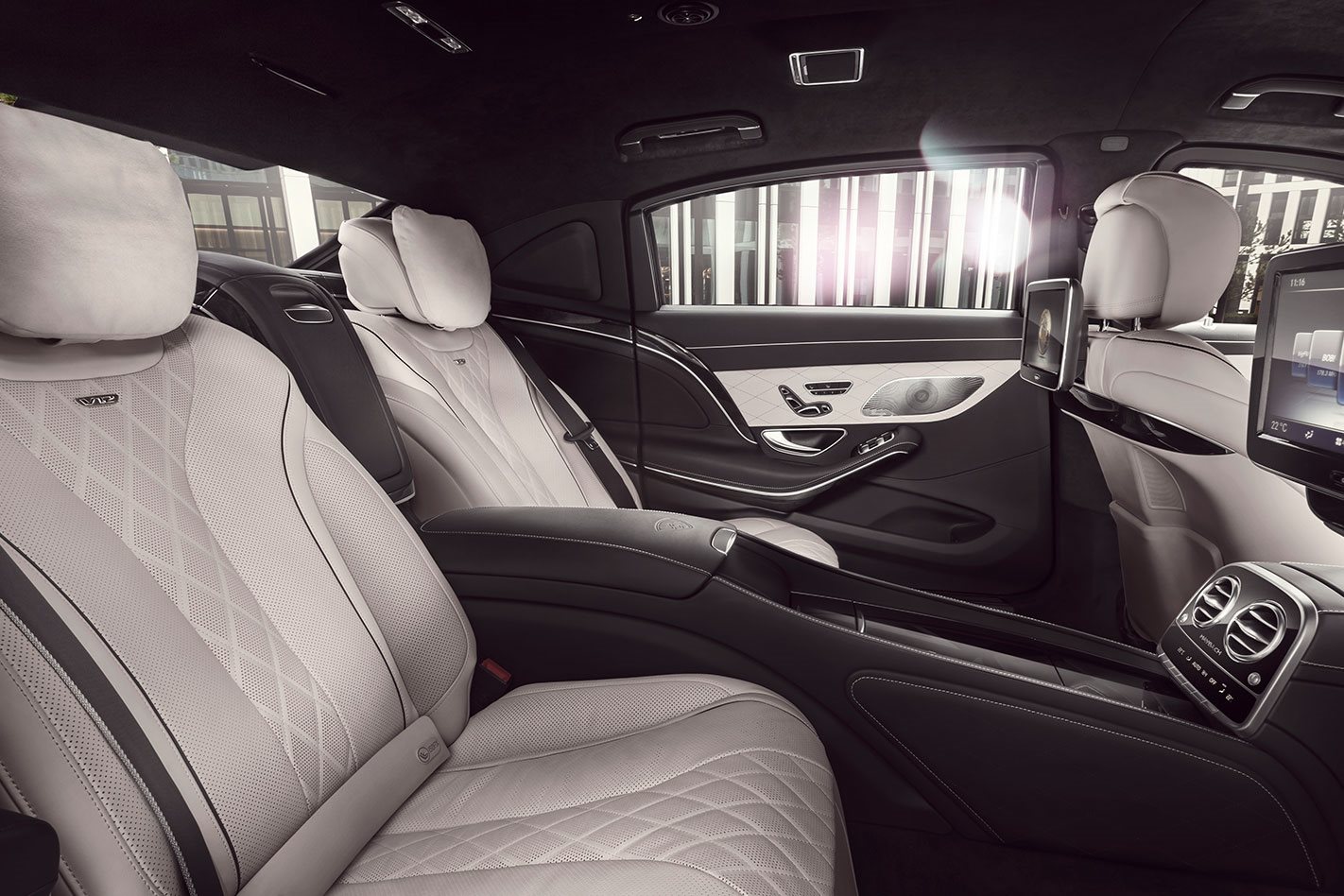 What’s arguably more impressive about the Maybach S600 Guard is that despite all the armour, extra weight, and protective measures, it’s still as comfortable as ever inside. The cabin features the same luxurious seats as a regular Maybach S600, though the driver will likely notice the extra weight slowing the V12-powered sedan down – up to approximately four tonnes of it. The previous model had a max speed of 210km/h to ensure the tyres wouldn’t fail under the stress.

Importing any Guard vehicle into Australia is a no-no due to the lack of ADR compliance. Oh, and they’re also sometimes classified as weapons. Try stopping a crook in an armoured V12.

HOW THEY ARE MADE 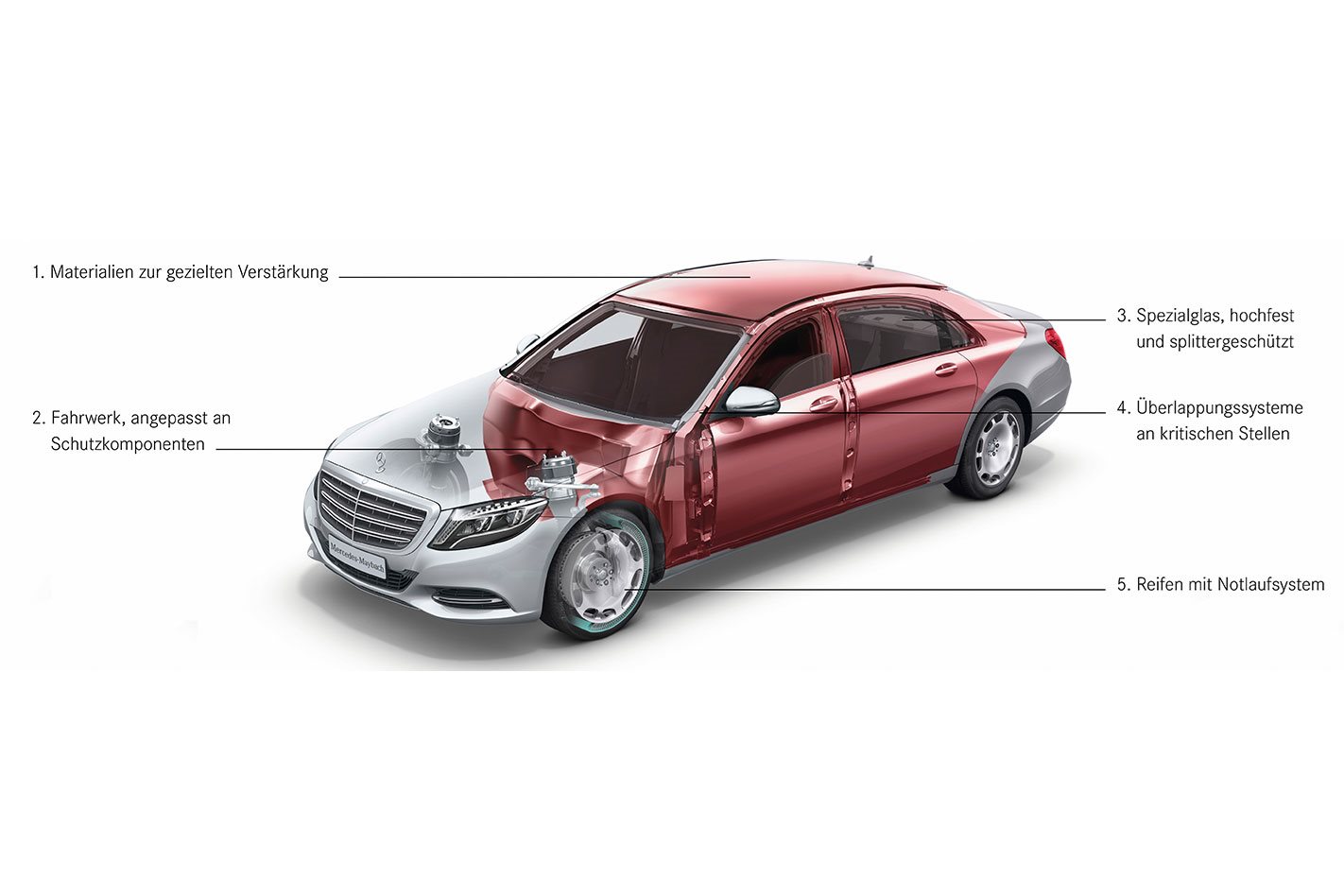 While anyone inside the vehicle is safe from attackers, avoiding the ambush in the first place is the most desirable outcome. To this effect, the S600 Guard is almost indistinguishable from the non-armoured version. Even from the inside, the untrained eye would have a hard time spotting the myriad differences.

Mercedes employs an ‘overlapping’ technique to ensure that particularly weak areas of a regular car, such as the spaces between doors and under wheel arches, are protected by multiple types of reinforcement. Sadly, the specific details can’t be divulged.

Making sure the occupants won’t be hurt by exterior forces is obviously the priority for an armoured car, making sure it can escape is another story. To help solve this issue, Mercedes uses advanced ‘runflat’ tyres to ensure the S600 can get VIPs to a safe location before they disembark.

There’s no way to tell, according to Mercedes, that the glass used on a Maybach S600 Guard is anything but regular glass. But it’s actually made of a different material (we can’t be told what) which is thicker and coated with polycarbonate on the inside to protect occupants from splintering.

As the body of the S600 can weigh as much as 4000kg or more, the suspension and chassis has been rigorously strengthened to support the extra weight.

Mercedes-Benz says it has been building armoured cars since 1928, which keen historians will notice pre-dates World War II. However, they’ll also know that a certain infamous German dictator rose to power about a decade after this. It’s also worth noting that this individual was quite fond of the three-pointed star. Put two and two together and, yes, Adolf Hitler had a Mercedes armoured car. 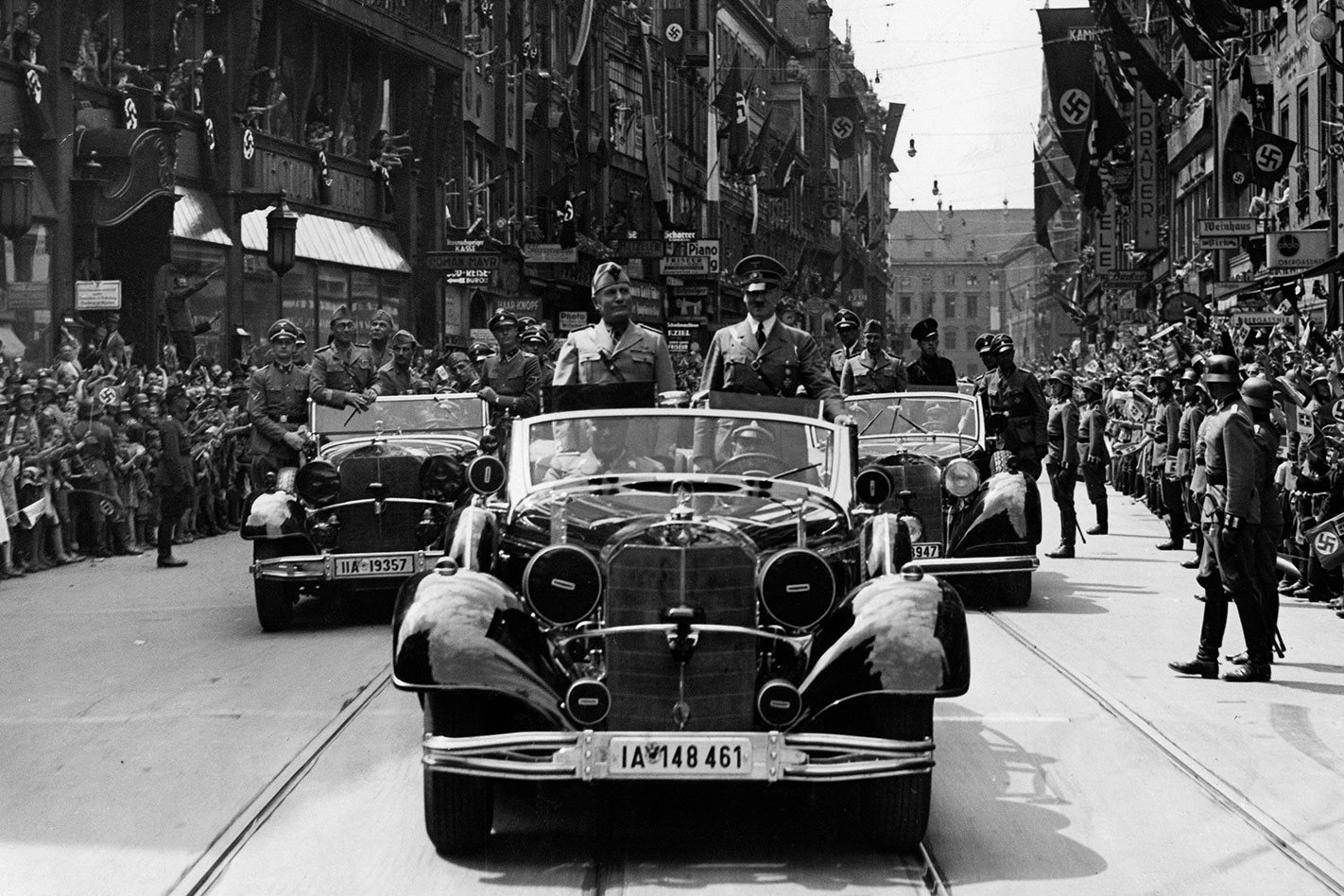 The Mercedes Grosse 770 (or Grand Mercedes 770) is likely the most famous of Hitler’s armoured vehicles. And grand it is. At 4100kg, the Merc was heavier than pretty much anything on the road back then barring freight trucks, and though it was a soft-top, it featured heavily strengthened body panels and glass.

One such vehicle has been kept at the Canadian War Museum since the ’70s after having been captured by US soldiers, bought by an investor at auction, and later donated to the museum by a Canadian entrepreneur.

Emperor Hirohito of Japan was reportedly another customer of the Mercedes Guard range, opting for a similar car as his official vehicle. That particular car is still shown in the Mercedes-Benz Museum in Untertürkheim. 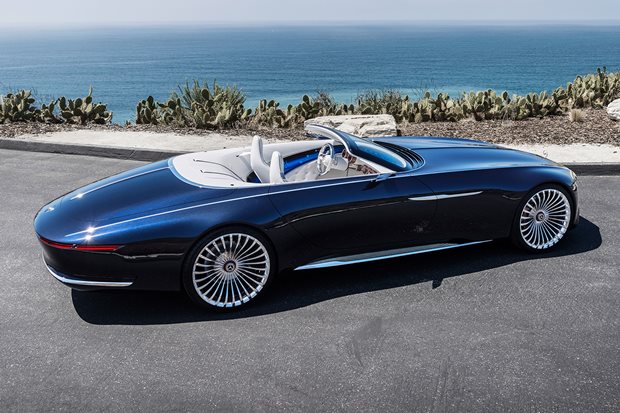 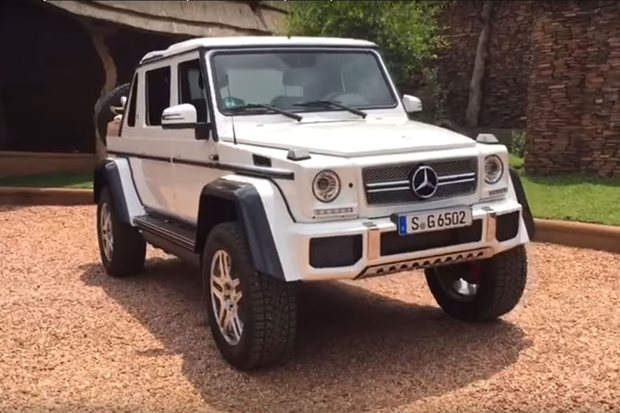 Ken and Barbie's dream off-roader leaks ahead of Geneva reveal 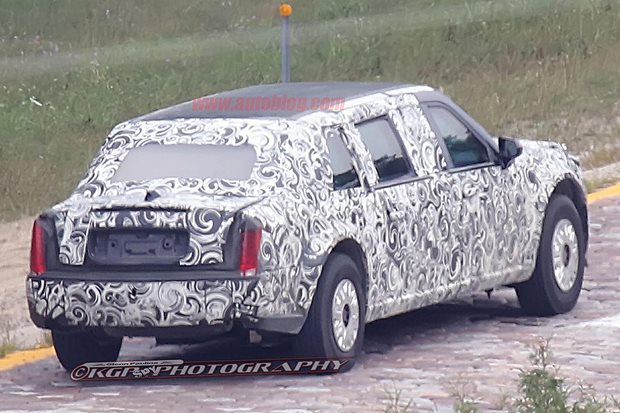 Cadillac “Beast 2.0” gets ready for the next US President

Limousine, or armoured personnel carrier with a gloss paintjob? Cadillac blurs the line between the two with its next-generation Presidential limousine. 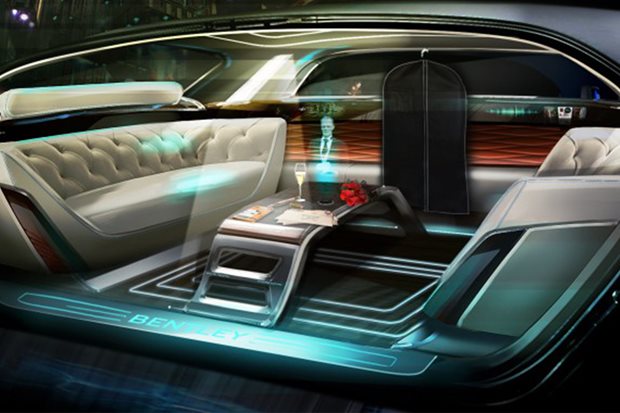 Bentley have released an illustration showing the future of autonomous cars.