The McLaren Speedtail was revealed last year, but Woking has just shed more light on its slippery hypercar’s powertrain. New details released this week reveal a highly-efficient system, with a battery powered by race-proven tech.

The electric motor uses Formula E-derived tech – a series where McLaren’s Applied offshoot supplies the batteries – and is the highest performance battery installation in a production road car. Interestingly, McLaren counts both cooling and integration in that claim.

The battery in the Speedtail is four times more energy dense than that in the P1, and therefore capable of a 5.2kW/kg power-to-weight ratio. As you’d expect, that sort of power transfer generates a fair amount of heat, so the cells are immersed in a lightweight electrically insulative oil for fast dissipation. The increased transfers speeds make for higher thermal efficiency and repeatability – and it’s the first system of its kind seen outside of a race track. 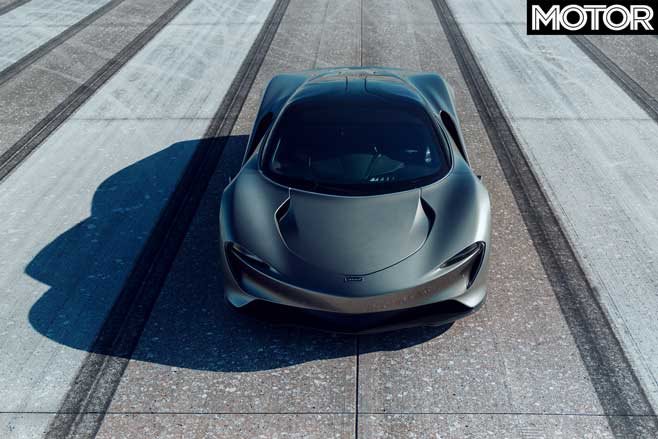 When we first previewed McLaren’s astonishing low-drag, three-seat Speedtail, powertrain details were thin on the ground – Woking refused to even confirm that its trademark twin-turbo V8 was under that streamlined engine cover.

But now we know how the car’s 772kW and 1150Nm outputs break down. Thanks in part to a four-fold increase in battery power density over the P1, McLaren’s first hybrid, the Speedtail’s electric motor alone generates 230kW and 350Nm of torque.

The V8, running in a more friendly state of tune than it does in the more extreme Senna GTR, brings 556kW and 800Nm of torque to the table. (The two power figures add up to more than 772kW because the two power units don’t deliver their peak outputs at the same time.) 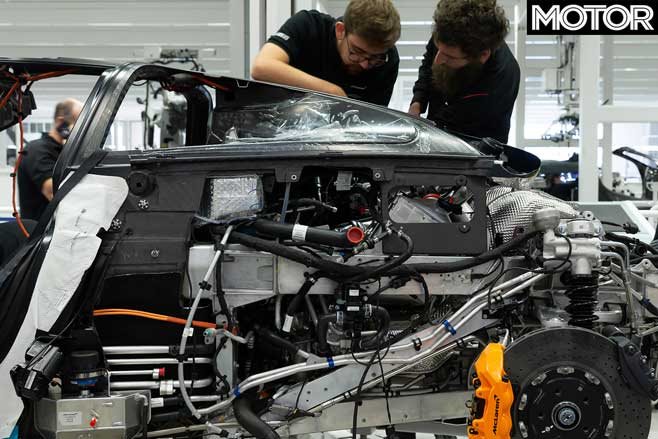 The Speedtail packages its battery low behind the passenger compartment, with the electric motor plumbed into the V8 and the compact power electronics unit up high behind the occupants’ heads, to take advantage of cooling airflow. In the nose, a wireless charger will keep the battery topped up. Unlike the P1, the Speedtail has no EV-only range. But it is lighter, and McLaren claims it’ll fire from 0-300km/h in just 12.8sec…

The McLaren Speedtail will cost £1.75 million and is the grandchild of the McLaren F1. It's also the first model of Woking's new Track 25 business plan. 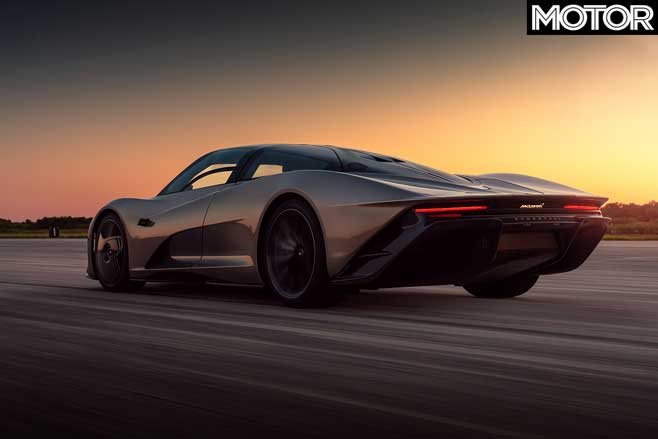 The most striking thing about the new hyper GT has to be its elongated, streamlined looks.

At 5137mm, the new Speedtail is more than half a metre longer than the P1 – but narrower – and every square inch is designed to minimise drag and maximise V-max.

The front of the Speedtail looks like a squinting version of the usual McLaren ‘face’, as ducts and air intakes have been narrowed to reduce drag. Starting with the sculpted front splitter, McLaren has used all five metres of the car to fold, tuck and direct airflow on the path of least resistance. 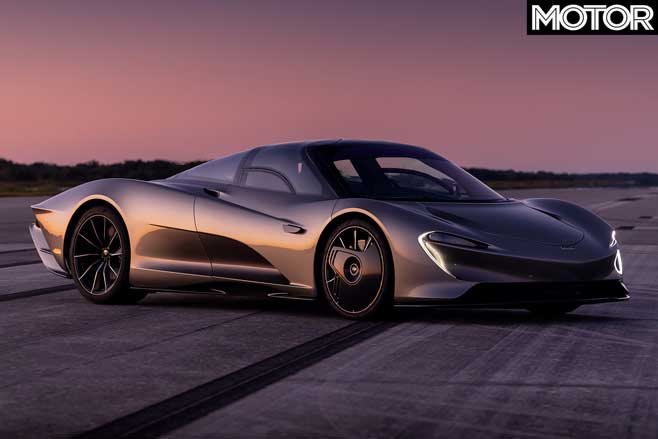 Inlets at the front of the car ease air through the sides of the Speedtail, around wheel arches and through door vents. And even engine air-intakes – situated behind the glass canopy – melt gradually into the bodywork to stop airflow separating from the car’s surface.

The Speedtail lives up to its name at the rear, and features extended rear bodywork to improve aerodynamic efficiency even further. Unlike a more abrupt design, McLaren says the back of the Speedtail cleans up air flow and draggy turbulence, allowing for a higher top speed.

Underneath, rear blades smooth airflow either side of a large, lengthy diffuser, while on the top surface of the car, movable ailerons work to generate the optimum level of downforce at any given time. Interestingly, those ailerons don't have seams either, and actually bend the flex the Speedtail's carbonfibre bodywork. The result? No panel gaps means minimum air disruption.

McLaren Speedtail: tricks of the trade 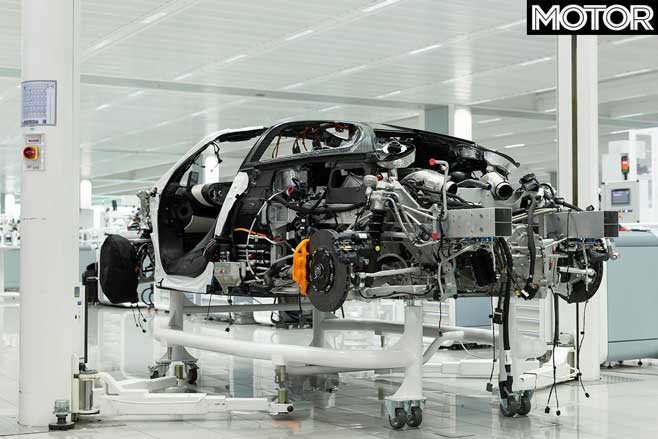 McLaren engineers have used a handful of innovative techniques to reduce the weight and turbulence of the new Speedtail. At the front-axle, carbonfibre shrouds – reminiscent of 2009 F1 cars – cover the 20-inch, 10 spoke wheels, limiting the aero effect they cause – and the Speedtail borrows an idea off the forthcoming Audi e-Tron too.

Just like Audi’s electric SUV, the McLaren Speedtail offers electric cameras instead of conventional door mirrors, reducing drag around the sides of the car. In Velocity mode – which also lowers the car by a 35mm to just 1120mm at its highest point – the cameras slot back into the car, reducing the aerodynamic wake of the Speedtail even more. 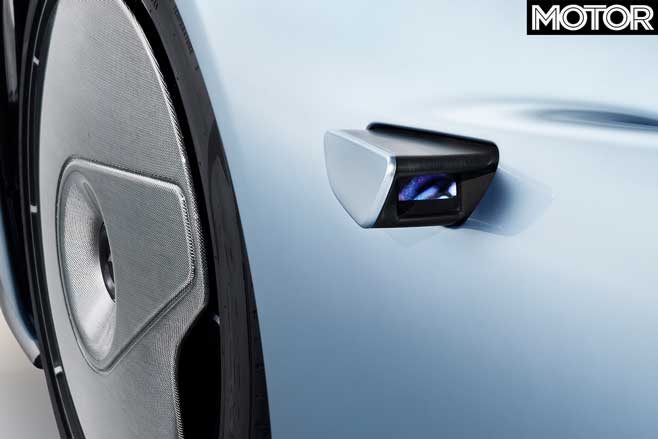 As you’d expect, the Speedtail uses carbonfibre monocoque and lighter 1K Titanium Deposition Carbonfibre body panels to weigh in at just 1430kg without fluids, but McLaren has shaved off the grams in more subtle ways, too: electrochromic glass darkens the top of the windscreen, removing the need for sun visors, and the same technology is applied to the upper section of the doors, the porthole and the rear rear-quarter lights. That’ll be worth about 300g at least, right?

McLaren is offering a bespoke luggage set to all 108 owners, that’ll match the spec of their chosen interior. 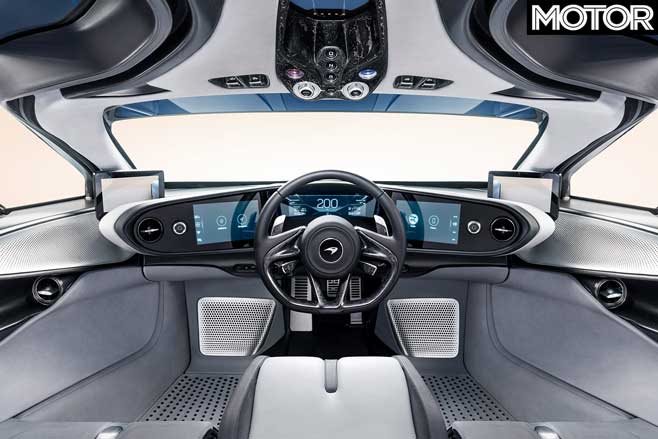 The McLaren Speedtail may be the first ‘hyper GT car’ the Woking-based firm has ever made, but inside it borrows the ideas of the McLaren F1, and executes them with the switchgear and style you’d find in a contemporary McLaren. The much-mooted three-seat configuration is here, too – with the driver’s chair edged further forward, of course – and most of the car’s instrumentation is digital.

All the other switchgear is fashioned from polished aluminum, and the engine start button – as well as the switch for the car’s velocity mode – is found on the ceiling of the teardrop-shaped cockpit, above the driver’s head. 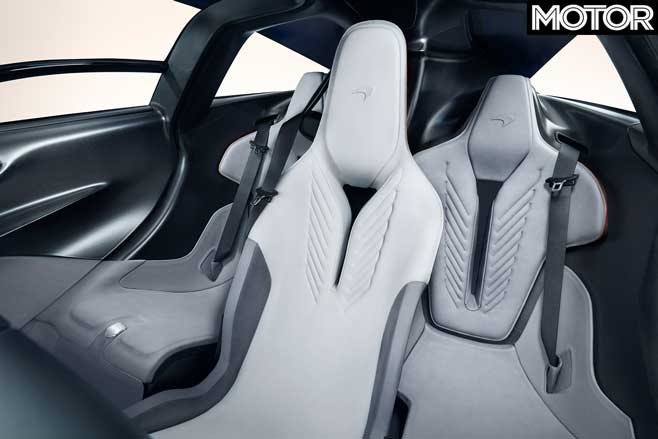 Amongst all the hand-stitched leather and bespoke materials, McLaren has also introduced ‘directional’ leather that should allow occupants to easily slip into the car, but be gripped when actually driving. It’ll be interesting to see how that works. 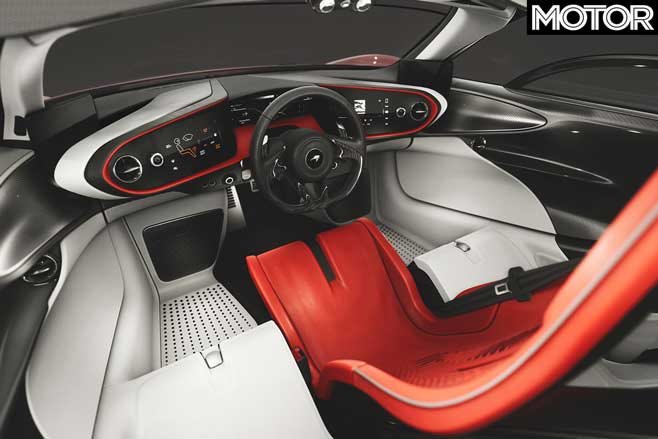 Customers on the list of 106 will be able to choose from three broad collections or looks – each containing at least three further variations. While every aspect of the car’s look can be easily personalised, McLaren thinks this theme and collection set-up will take much of the hassle out of ordering and speccing their new supercar.

The Urbane collection is supposed to offer a cool, sophisticated look to the new hypercar, with the Stratosphere theme a prime example of what McLaren is calling a ‘cool-hued look.’ The Visionary collection looks to be a little bolder, with one of the themes called Astral ‘inspired by the UK’s wealth of nautical heritage.’

Think lots of navy blue, orange and bits of silver – and you’re pretty much there. Oh, and a white gold, 18-carat badge.

Dynamic appears to be the most showy, Instagram-friendly collection, and is probably best represented by the Bloodline theme. As you can tell from the name, it’s all bursts of red and gloss black with bits of copper and white thrown in - you can check the Bloodline interior above. We think our pick would be the Urbane collection.

McLaren Speedtail: when's it coming out? 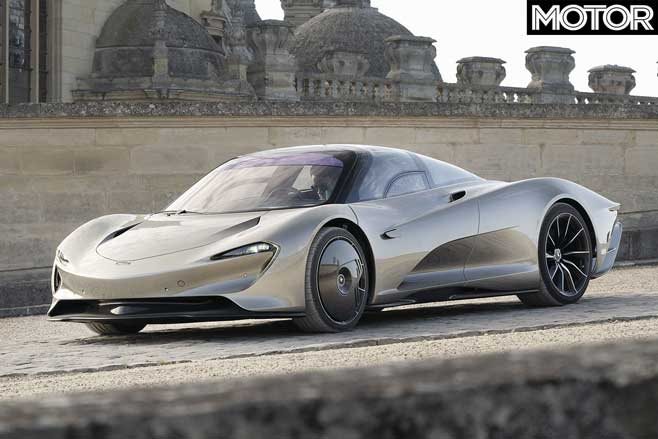 Testing for the spiritual successor to the F1 is already underway, as evidenced by a stream of photos from locations around the world. The latest round was, appropriately enough, at the Florida space centre.

As you’d expect, the testing programme will encompass a range of different conditions, and will therefore see Speedtail prototypes running in Europe, North America and Africa – both in closed and public conditions. McLaren will also be using the testing time to help customers give feedback on the Speedtail’s handling – which is rather unusual.

McLaren will start off with the prototype pictured above. Called Albert, the mule features special testing livery, but will be pretty much identical to the production car in every other way – and uses the same as-yet-undisclosed petrol-electric powertrain. 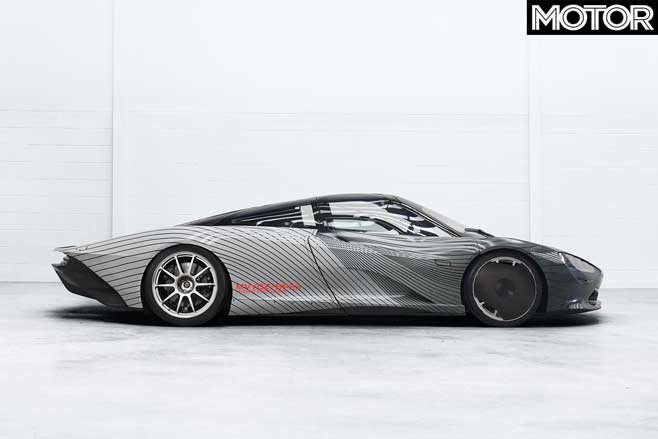 As for the name? The original McLaren F1 was also called Albert, and that was named after the Albert Drive premises in which the 1992 supercar was designed.

‘The start of real-world testing represents a major step in the development of the McLaren Speedtail.’ said McLaren’s head of vehicle development, Ben Gulliver. ‘As the first fully representative prototype, ‘Albert’ will build on the invaluable work still being put in by earlier development cars, allowing us to sign-off vehicle attributes including chassis dynamics; brake performance; damper tuning; tyres; NVH and aspects of ergonomics and comfort.

With a huge amount achieved already, the McLaren Speedtail is well on the way to fulfilling its destiny as the greatest McLaren road car ever.’

Get schooled at Geek Speak 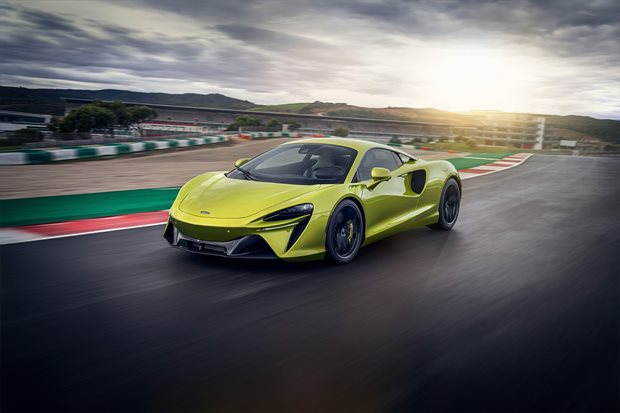