Seven electric cars to be excited about in 2018

Like it or not, electrified drivetrains are arriving fast. Here are seven bound for Australia in 2018 that we’re pretty amped about.

Like it or not, electrified drivetrains are arriving fast. Here are seven bound for Australia in 2018 that we’re pretty amped about. 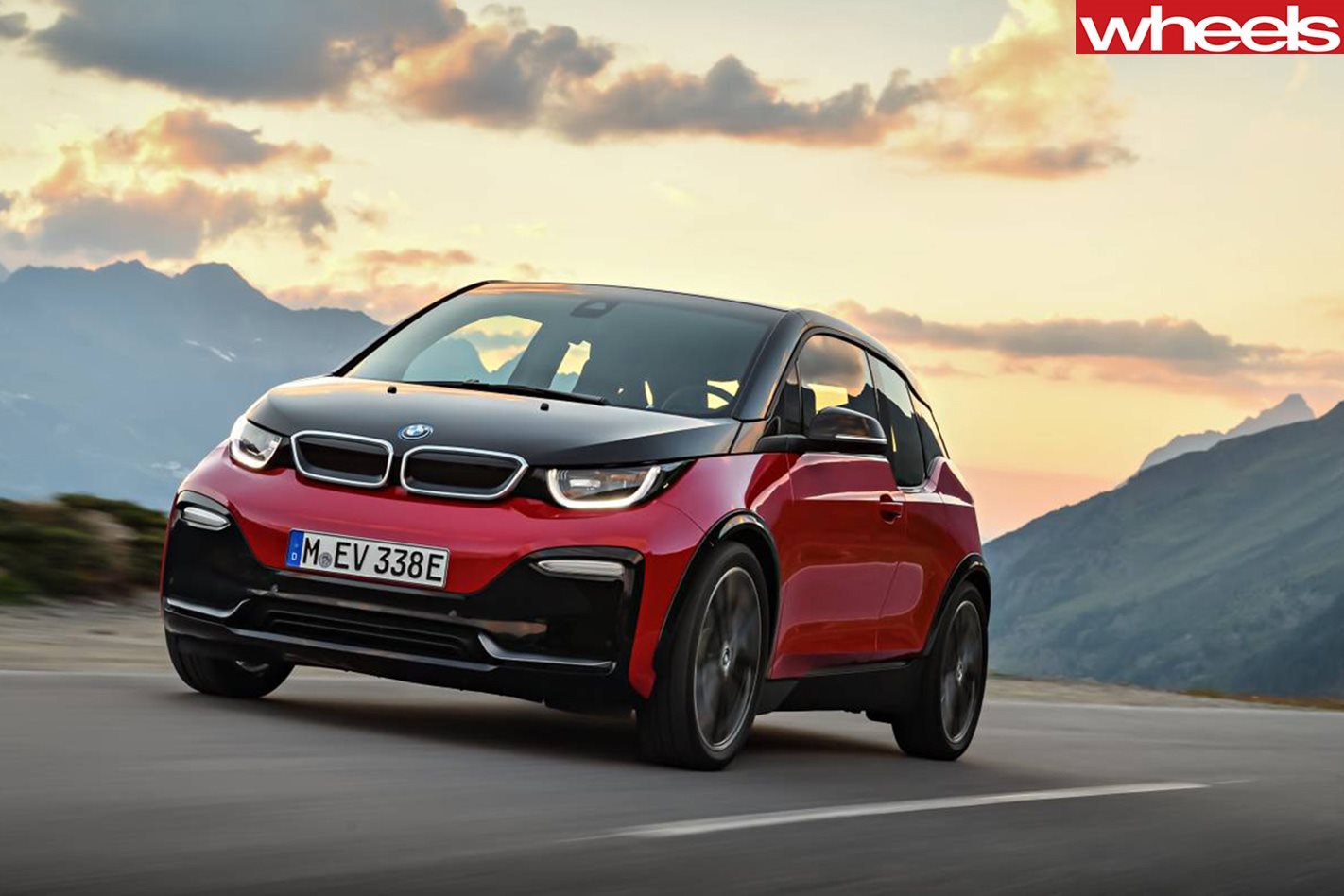 What if we told you there’s a mid-engine hot hatch, built on a carbonfibre monocoque, that consumes 0L/100km and costs less than $80,000?

The i3S is the sport variant of BMW’s smallest electric model, the i3. This five-door hatchback is the only sub-$100K electric car in Australia (and has been for the past four years) that you can buy right now. It’s powered by a single 135kW/270Nm electric motor driving through a single-speed transmission. Combined with the lightweight carbonfibre construction, the i3S will hit 100km/h in 6.9 seconds, faster than a Mazda MX-5. Charge it with green electricity and you’ll reduce your motoring carbon footprint to zero. The i3S is 40mm wider than the standard i3, rides on stiffer, lower suspension, 20-inch alloy wheels and features BMW’s dynamic traction control system the company says allows for “mild and safely controllable drifts when grip levels are reduced”. That’s right, it’ll drift. Apparently. Send us a photo if you manage it. 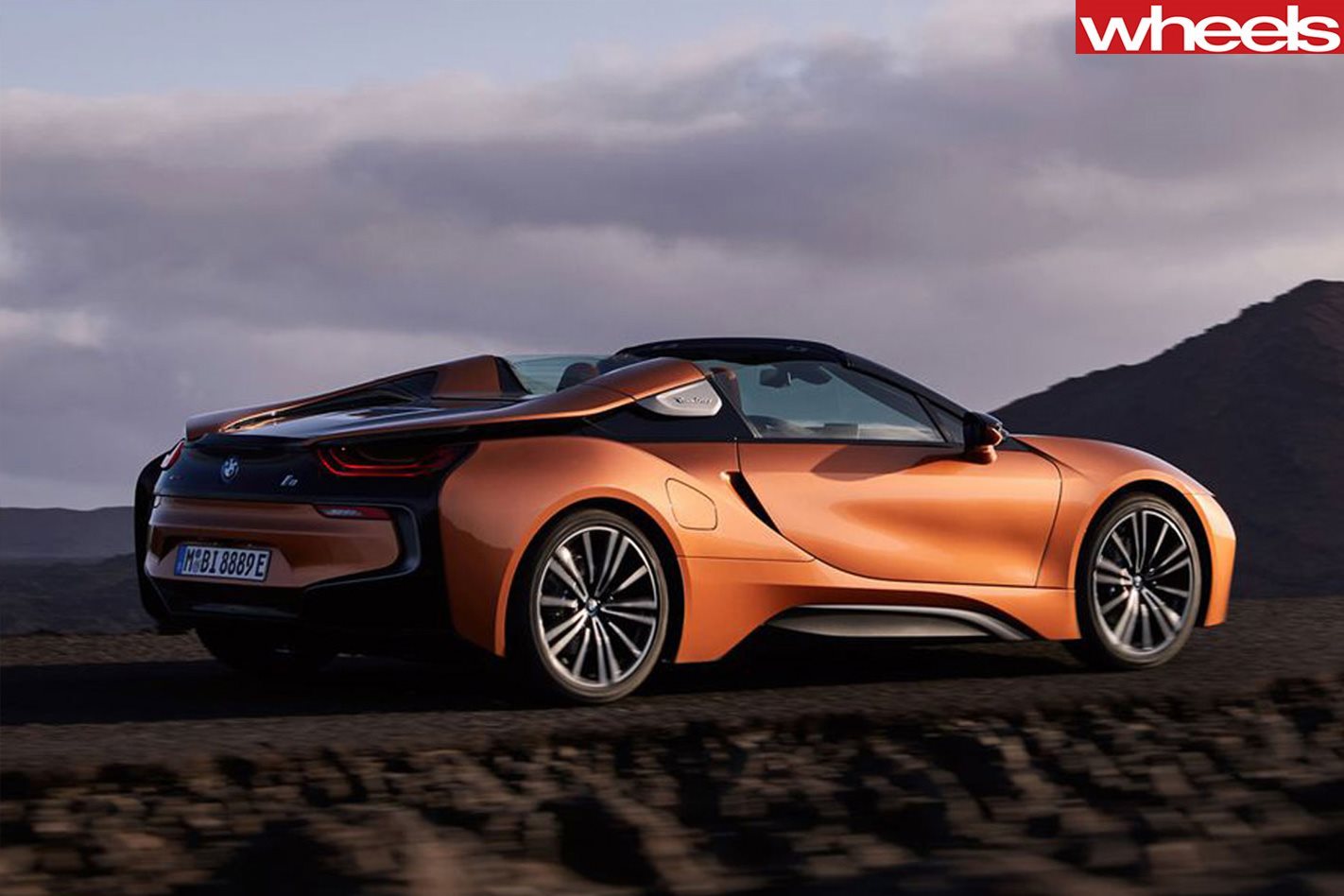 Arriving in Australia around mid-year with a price tag of circa-$320,000 will be the facelifted and improved i8, now boasting a lithium-ion battery pack with an increased capacity (34Ah up from 20Ah) and a more powerful electric motor (105kW from 96kW) that’s still coupled to the same 1.5-litre turbo-petrol three-cylinder engine. It’s good for 0-100km/h in 4.4 seconds, BMW claims. Importantly, however, is the addition of a roadster variant to the i8 line-up that offers an open-top experience for a 60kg weight penalty. But if this duo of electric BMW ‘i’ vehicles still don’t hit the spot, the company says it’s bringing out numerous more electric models over the course of this year: the first all-electric SUV; the iX3, the new tech flagship; the BMW iNEXT, and the BMW i4, an all-electric sedan that was unveiled at the Geneva Motor Show earlier this year. 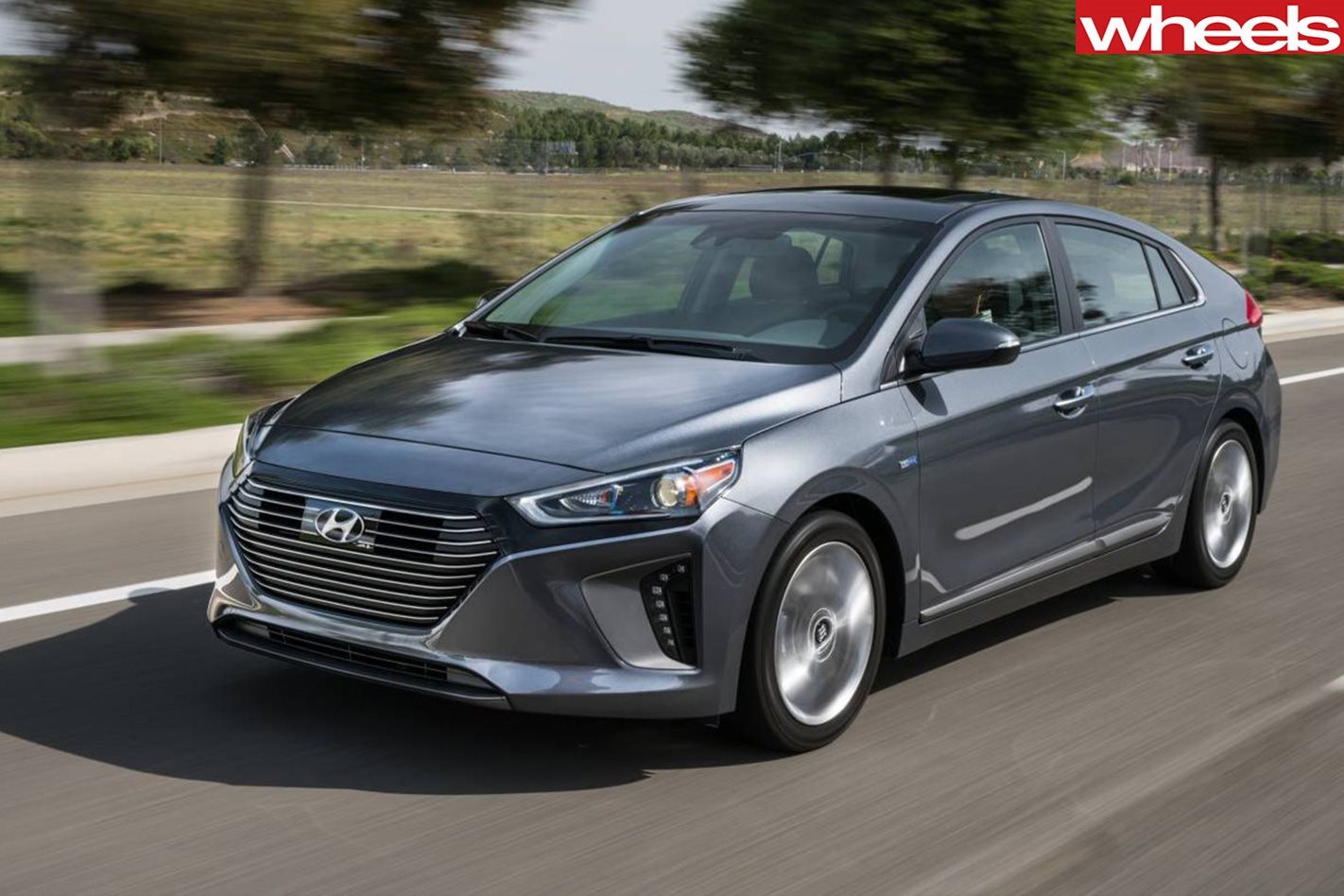 Hyundai’s answer to the Prius, the IONIQ is a five-door hatch with a range of powertrains from a hybrid, to a plug-in hybrid and a purely electric variant, all of which are expected to reach Australian shores in the latter half of this year. The hybrid IONIQ has a 1.6-litre petrol four-cylinder that, combined with a 32kW electric motor, is good for total outputs of 103kW and 265Nm. Similarly, the plug-in hybrid IONIQ utilises the same petrol engine but adds a stronger 45kW electric motor that will reportedly go 50km on electric power alone. The electric IONIQ has a 88kW/295Nm electric motor that, like the i3, sends power through a single-speed transmission, while both the hybrid and plug-in hybrid are mated to a six-speed dual-clutch transmission. A 28kWh lithium-ion battery pack sits under the rear seats that Hyundai say is good for a driving range of 280km.

The first Hyundai IONIQ is expected to go on sale in the second quarter of 2018 with a starting price around $37,000. 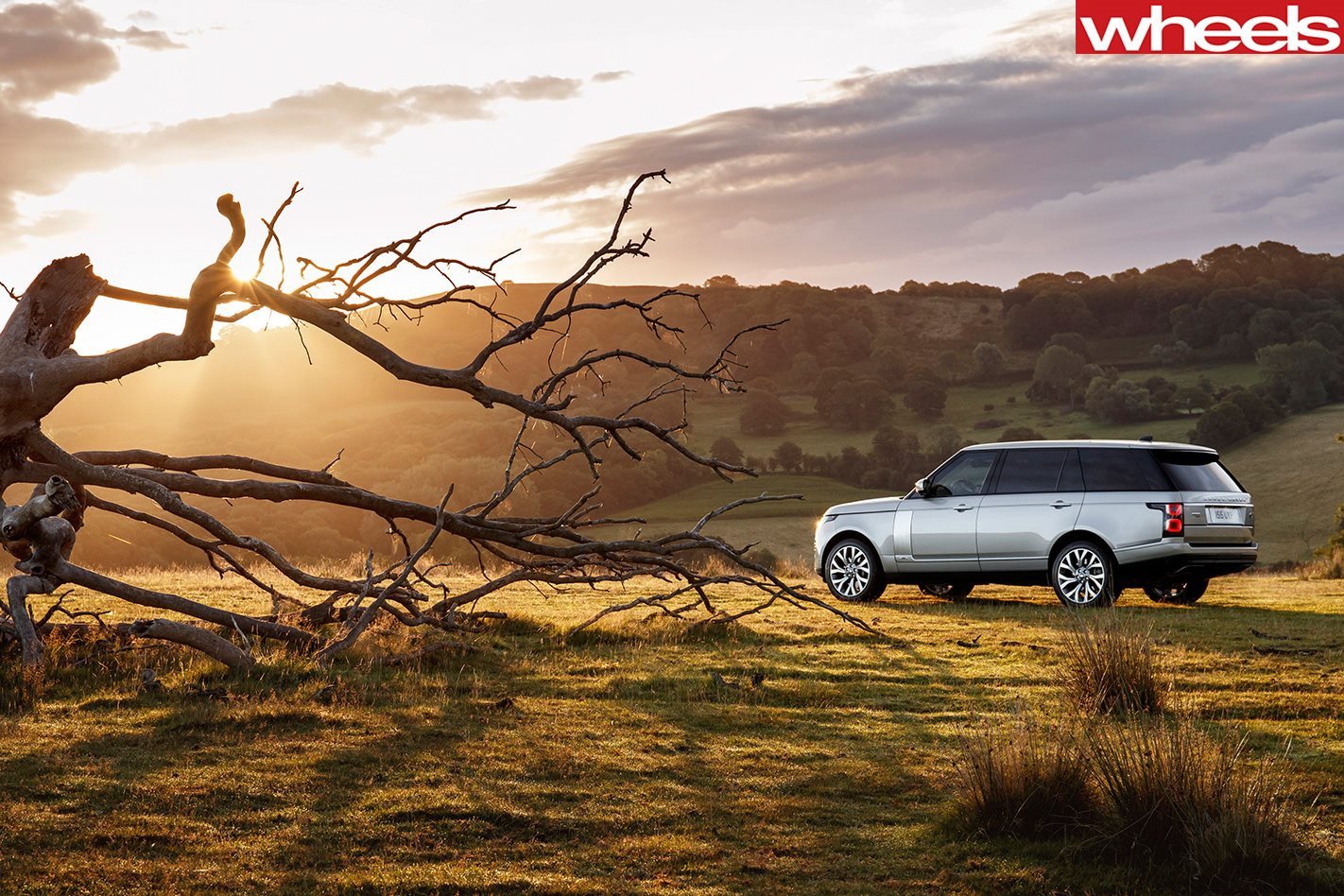 You may remember that video of a bright red Ranger Rover Sport climbing the 999 steps to China’s Heavens Gate – but what you mightn’t have realised about the stunt was that it was done to showcase Range Rover’s latest addition to its range: plug-in hybrid variants of both their Range Rover and Range Rover Sports; the p400e. With the 2.0-litre, 221kW Si4 Ingenium petrol engine and a high-capacity 85kW electric motor and 13kWh battery, it adds up up to a 297kW powertrain with a 0-100km/h time of 6.8 seconds an electric-only range of 51km and a combined fuel consumption of 2.8L/100km. Set to go on sale around April, the plug-in hybrid Range Rover Sport retails at $146,600. 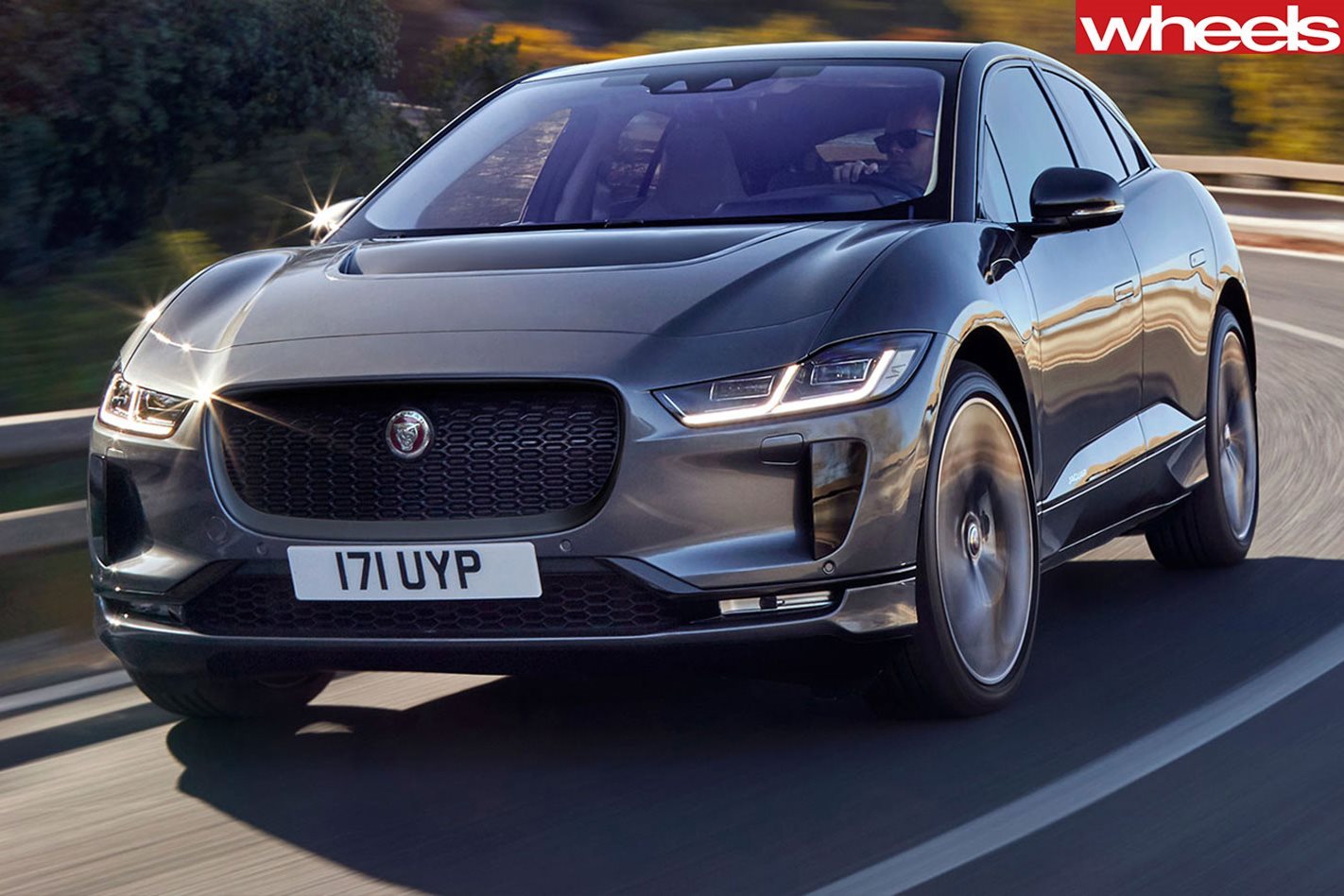 Due in Australia in October with a pricetag around $119,000, the Jaguar I-Pace is a fully electric, five-door SUV powered by twin electric motors and a 90kWh battery pack, good for a 480km range. The 294kW/696Nm powertrain drives all four wheels and provides acceleration to 100km/h in just 4.9 seconds. The ‘Tesla killer’ will host much the same scope of technology as the comparable Model X: over-the-air software updates, semi-autonomous driving assistance and much the same driving and liveability characteristics. Importantly, Jaguar warrant the life of the battery pack to eight years or 160,000km, something Tesla doesn’t, and a crucial consideration in the purchase of an electric vehicle whose battery packs have a limited service life. 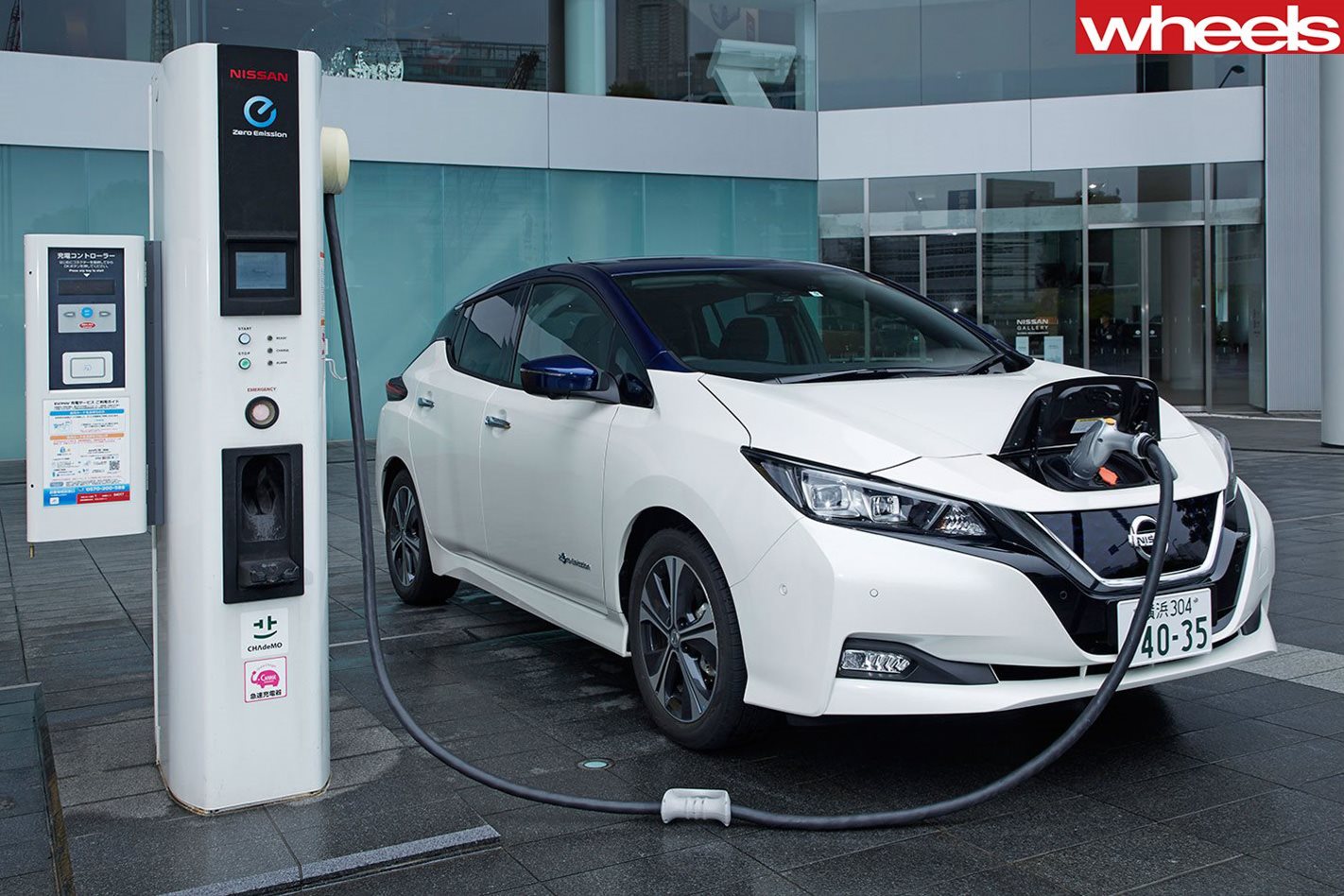 The latest iteration of the Leaf was unveiled last year in Tokyo and hosts a myriad of updated tech expected to make it into the Australian car early next year. The battery pack has been revised worked for a 67-percent increase in energy density and will provide a 400km range thanks to Nissan’s ingenious process of lithium-ion cell lamination. A 110kW/320Nm electric motor powers the front wheels and also decelerates the car in a nifty energy-recuperation system that Nissan calls e-Pedal. It’s not an extra pedal in the footwall; rather a driving mode that exponentially loads regenerative braking onto the electric motor via release of the accelerator. In typical driving conditions it’s claimed to make the brake pedal virtually redundant. The Leaf will also boast a range of driver assistance tech like self-parking, adaptive cruise control and semi-autonomous lane holding. Expect to pay around $36,000. 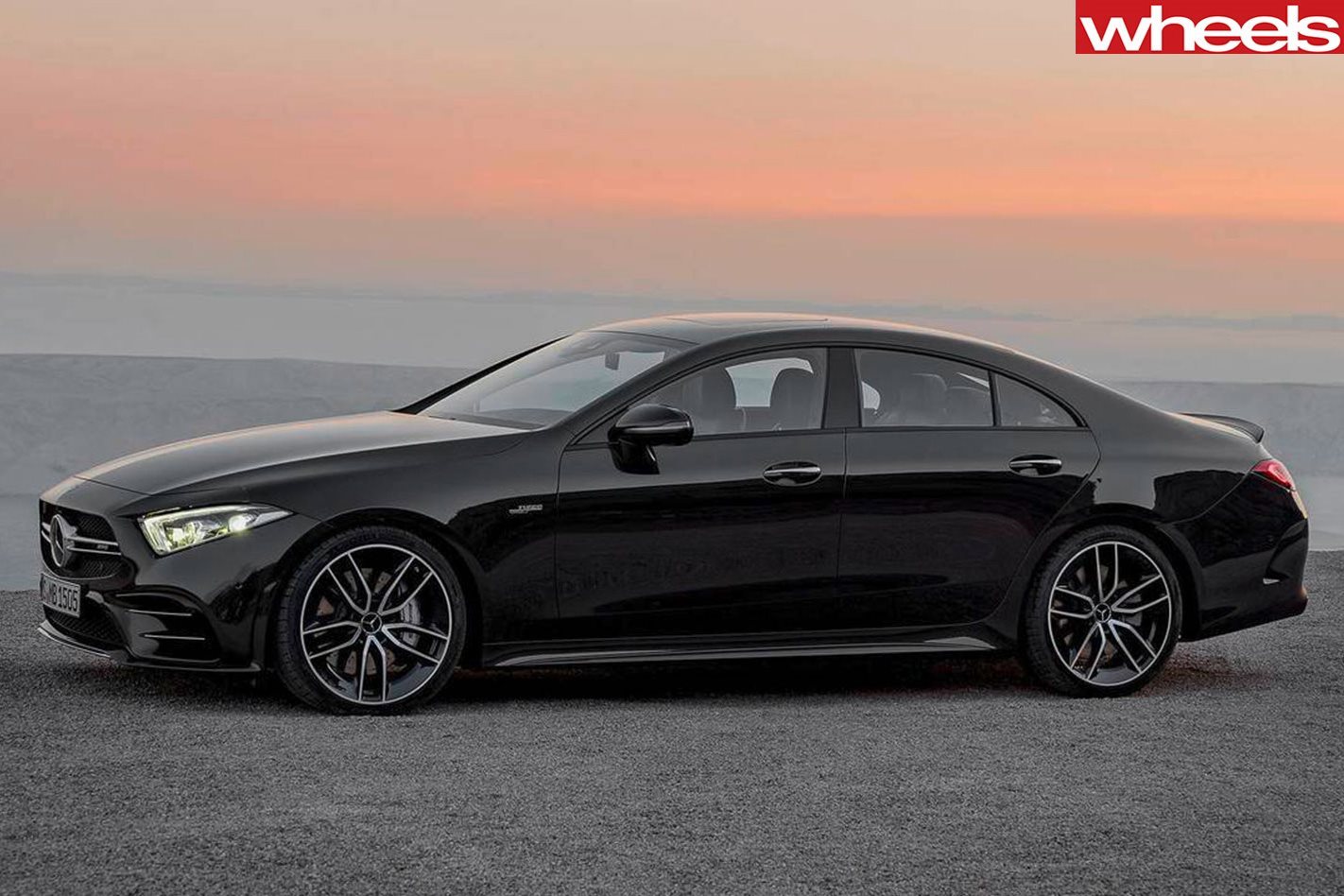 The upcoming AMG CLS53 will spearhead the introduction of Mercedes’ mild hybrid system, an integral part of the company’s latest-generation straight-six engine. In the CLS53, the 3.0-litre petrol-turbo engine is helped by what Mercedes’ calls EQ Boost. An integrated starter-generator (ISG), sandwiched between the engine and transmission acts as both a starter motor and a hybrid assist motor, as well as allowing kinetic energy regeneration. Under hard acceleration, the EQ Boost system augments the engine with up to 250Nm and 16kW extra, helping the engine hit peak torque within two seconds of a full-throttle application. EQ Boost also enables coasting, where the engine drops temporarily out of the equation to help save fuel, and can power the water pump and air-conditioning compressor, eliminating the need for belt-driven accessories and freeing space. The system also operates on a 48-volt framework that requires a quarter the current it would with a 12-volt system, so the wiring can be thinner and lighter. This unique technology is designed to be more cost-effective than traditional hybrid setups and will be rolled out through multiple new generations of Mercedes’ engines. The AMG CLS53 will go on sale in the fourth quarter with a list price of $179,900.