Top 6 Porsches you can still afford

With 911 prices soaring beyond reach of regular punters, here are six alternatives to satiate a Porsche hankering for less than $50k

WITH values of prized Porsche models breaking all records at present, buying into a bit of Weissach’s back catalogue could well pay dividends. If, like us, you don’t have a bank balance like Gina Rinehart, it’s worth keeping your eyes peeled for some of the company’s lesser lights.

If you’re not absolutely set on an engine in the boot, there’s still plenty of value to be found, especially if you know what you’re looking for. Here are six options that will leave you change from $50k, put a big smile on your dial on a sunny weekend and which still look to be solid future investments. 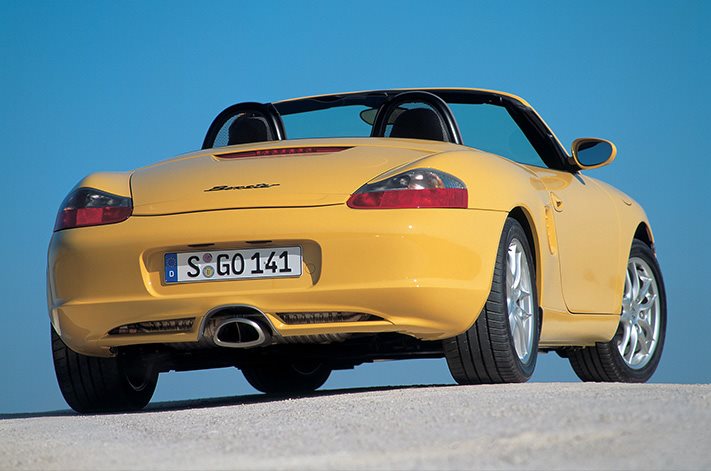 The original 2.5-litre 986 Boxster was a sweet thing, but with just 150kW on tap could be easily embarrassed by a half-decent hot hatch. Some measure of remedial therapy arrived in 1999 with the 162kW 2.7-litre engine, shaving a few tenths off the 0-100 time. More importantly, the bigger engine resolved a number of teething issues with the 2.5, an improved casting process reducing the prevalence of cracked or slipped cylinder liners.

The 3.2-litre Boxster S is a big draw, but the smart money might well be a manual 2.7-litre. It’s arguably a sweeter engine and it’s one that you still need to work a little to put big numbers on the clock. Post 2002 cars are particularly choice, with glass rear windows, better-looking alloys and clear rather than amber indicators. 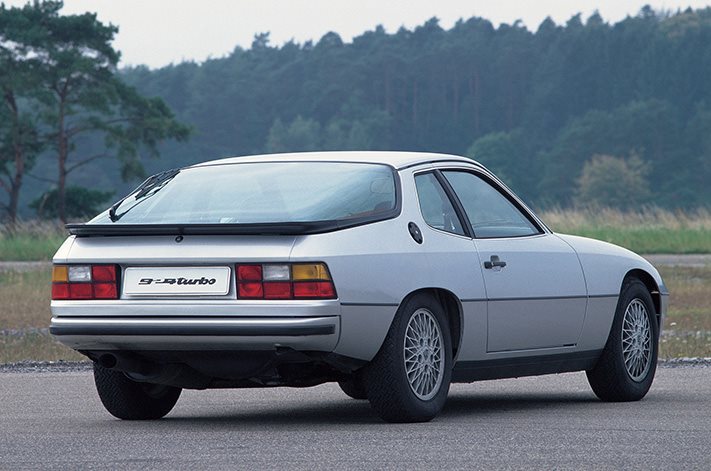 Stung by criticisms that the original 924 wasn’t a real Porsche, the addition of a KKK K26 turbocharger and a completely redesigned cylinder head boosted the VW group EA831 2.0-litre inline four from a paltry 93kW to a far healthier 130kW. A beefier gearbox, disc brakes all round and a handsome NACA duct in the bonnet gave the 924 the attitude that Harm Lagaay’s pretty design always deserved.

These days, 924 Turbos are attracting a bit of a niche following. Purists may prefer the later atmo 924S with its Porsche-sourced 2.5-litre engine, but the Turbo is a more characterful thing. Avoid early US imports which feature a crippleware 107kW lump. 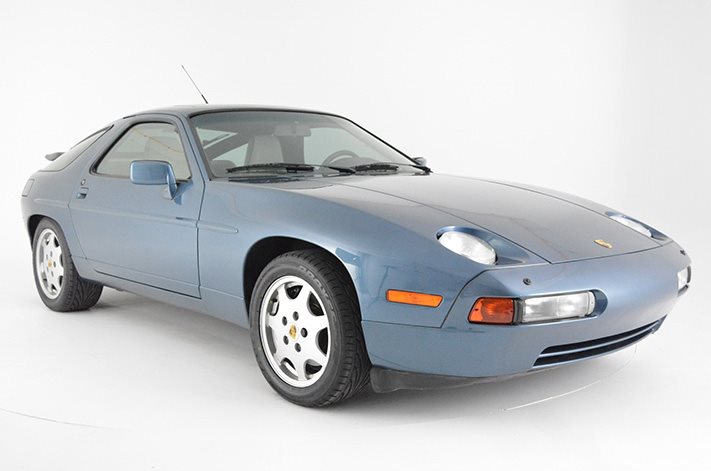 Buying a 928 requires some serious fortitude, but buying later cars usually pays dividends in terms of reliability. The 1987 S4 was a big step forward, with an improved 5.0-litre engine replacing the S2’s 4.7-litre unit.  Incorporating the car’s first significant restyle in 10 years, the S4 also featured an improved clutch action and braking.

Fear of engine damage due to Australia’s lower-grade unleaded fuel saw local cars restricted to 221kW while European deliveries had 236kW. Pay particular attention to timing belt maintenance. With quad cams and such a complex motor, failure of the belt will write off most surviving 928s as the repair cost can exceed their value. 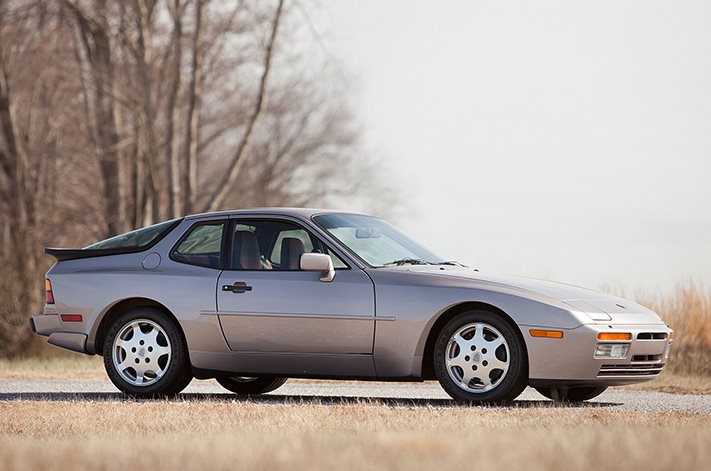 The most in-demand Porsche of the lot right now? It’s not even a 911. Yep, the 944 Turbo is the car that Porsche independents get most sales requests for.  Although the three-litre 944 S2 is arguably the better-rounded road car, the blown 2.5-litre 944 is a more exciting thing to pedal and any Porker with turbo script on its rear end just looks the absolute goods. Opening book will net you one of the earlier 164kW cars with the best of the later 184kW models nudging north of our nominal $50k budget. 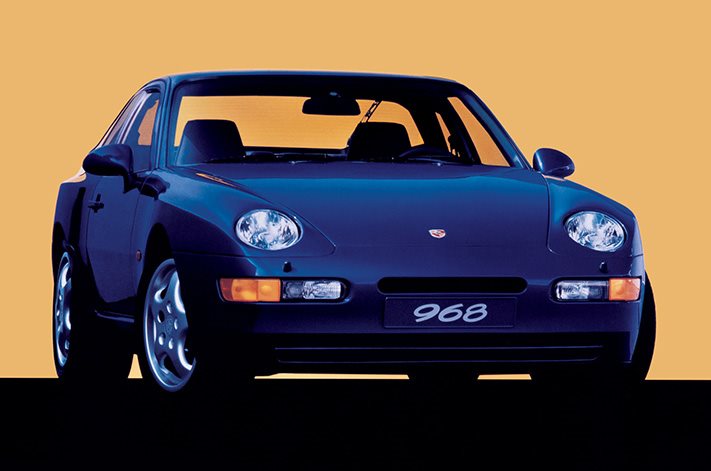 Forget about the racy Club Sport variants, we’re limiting ourselves here to the 176kW entry-level 968 here. For so long the forgotten Porsche, the 968 is a great advertisement for the transaxle era. Moving the game on from the 944 era with a VarioCam variable valve timing system, revised induction and exhaust systems, a dual-mass flywheel, and next-gen engine management electronics, the 968 still makes for a fantastic driver’s car, with Brembo brakes and a sweetly benign handling balance.

Avoid autos and drop-tops if you want to make the most of your investment. 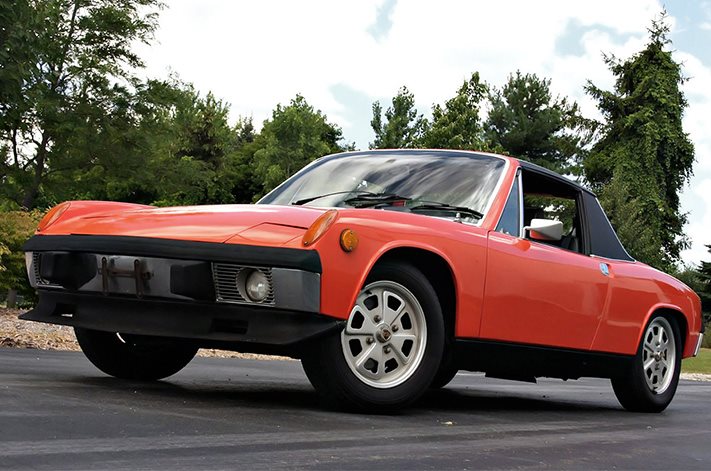 Those who prefer something of a bit more mature vintage are going to find slim pickings at this price point. The best bet is probably a 914/4 with either the 1.7, 1.8 or 2.0-litre four-pot lump, and if you really want a range of vehicles to pick and choose from, you’re probably best advised to import one from a reputable source in Europe.

Alternatively, hunt down one of the limited edition US-market 914s in either Bumblebee or Creamsicle colourways.  Forget about the six-cylinder cars; they’re way beyond this price point. When inspecting a 914, just look for matching numbers and avoid unmanageable levels of body/frame corrosion.