“WE STARTED out calling it Project Marmite,” chuckles Tim Hannig, Jaguar's director, Classic Business as he contemplates the E-Type Zero, an Opalescent Silver Blue Series 1.5 from 1968 that ditches its six-pot powerplant for an electric motor instead.

“But then we changed it to Project Dylan. It seemed more apt. Bob Dylan swapped his acoustic guitar for an electric one in the Sixties and that caused a bit of a stir too,” he admits. 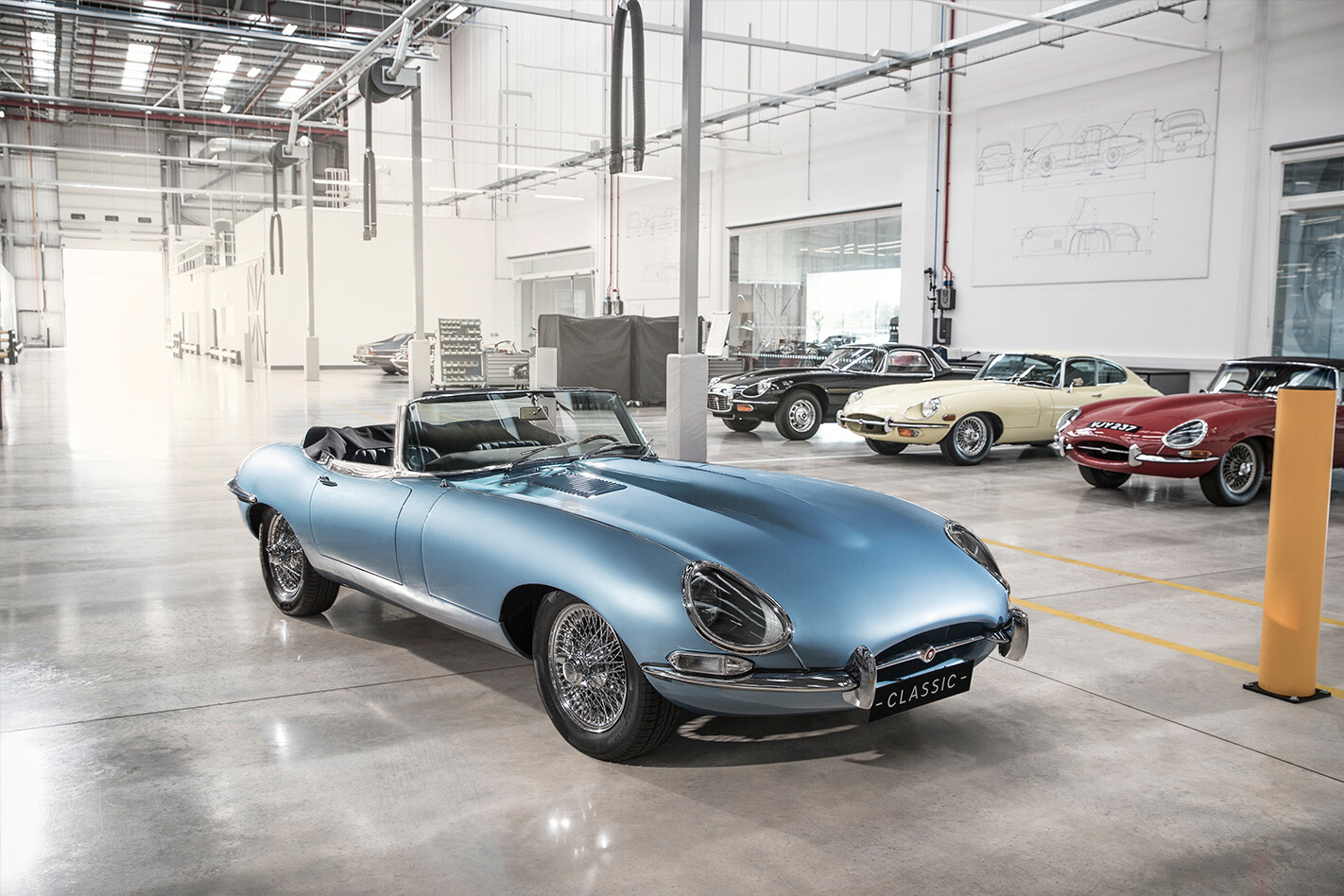 You've probably seen much of the news stories and, indeed, probably sampled some of the online blowback that comes from changing a classic, but fear not, everything about this car has been designed such that it can be changed back to its original configuration.

“We bought the car because it was very solid. We stripped it and did a partial restoration to make it a good base to start from. We disassembled the transmission and we were determined not to cut into anything structural, so all the brackets are exactly as they were,” he explains. “We've then designed the transmission so that it fits into the existing envelope of the structure.” It wasn't all plain sailing. “The project was a bit disputed,” admits Hannig. “In essence, I think everybody understands that we need to future-proof our history. We were quite convinced we could do what we set out to do. We wanted more than 300km of range, we would want to have the same weight distribution, we would want the same or less weight overall in the car and we'd want it to fit into the existing infrastructure of the car and not change anything, so that it's reversible. That was a lot of tough parameters,” he says.

Indeed, there were some in the business who wondered whether these were feasible goals. “We had a debate as to whether this was technically possible,” says Hannig. “There was no debate that 'if we could do it, would it make sense?' It actually turns out much better than we expected,” he smiles. 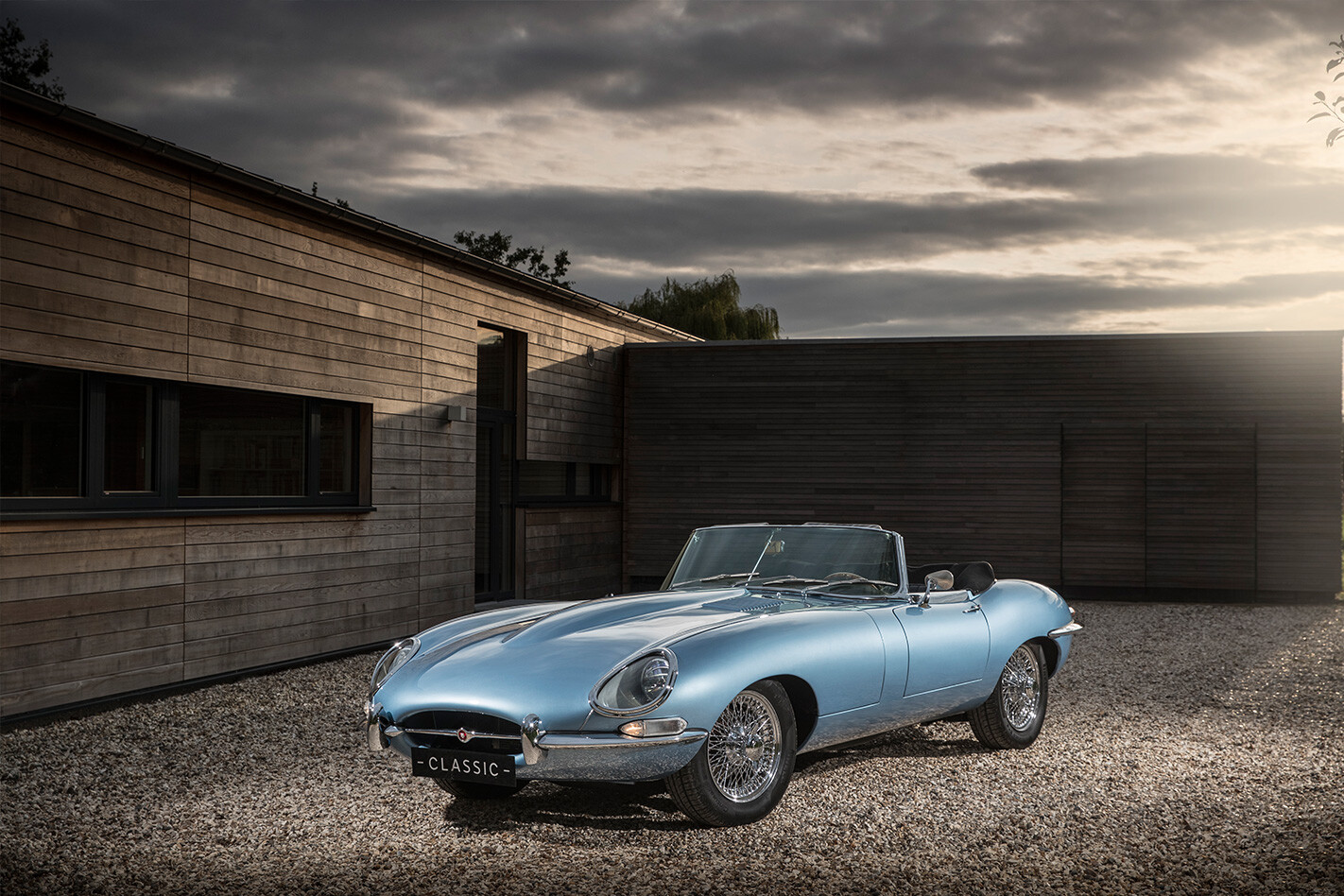 When asked if, as rumoured, Jaguar E-Type customers could bring their cars in and for around $80K could have them converted, Hannig demurs. “We've conceptually done this, but we haven't developed and invested in all the components. We will use I-Pace components but we still need to repackage them and invest in the software and testing. That's quite an investment. Maybe not in terms of developing a new Jaguar but in terms of the tiny business of Classic, it's a lot.”

“We're trying to be sensible about it, gauge feedback and find out how big this opportunity is. There's no data on this on which to form a decision because nothing like this exists,” he shrugs. But the installation as we see it here could have applications beyond E-Type. “When we launched the XK in 1948, it was basically a race engine with a chassis. Then the XK120 carried this on. Jaguar continued to develop the straight six engine to 3.4, 3.8, and 4.2-litre in the same general structure and it was used in every single Jag between 1948 and 1992. So we took the smallest car, the E-Type, and put it in there. The interesting thing is that with this solution, we could basically convert any Jaguar from 1948 to 1992 into an electric car and back. That was the whole philosophy behind it.”

“It was not only trying to build one car. That was relatively easy. We wanted to create a system of components that we could electrify on a relatively easy and affordable scale, that is a different task,” he says. Although it has no engine and no exhausts, Hannig says this is more than just a mere silhouette vehicle. “We wanted to really make this car feel like an E-Type. So it's rear-wheel drive only, it's 46kg lighter, the weight distribution's the same and it has a range of about 330km by the official cycle. We actually drove it 270km and then it takes seven hours to recharge.” “The next stage in the process is to see what feedback we get on this car. There are people at board level who say to me 'You're a criminal and you're proud of it' but they're saying it in a funny way, a very sympathetic way. Now, things have changed. Seeing is believing.”