Holden pegs a production record for its most Aussie car yet, while the government encourages others to build vehicles here

BY THE early 1960s, the burgeoning Australian car industry had started to hit its straps.

After the lukewarm response to Ford’s lacklustre 1960 Falcon, Holden hit back hard in 1963 with the EH. Significantly, the Holden EH’s introduction was a chance to replace the inline-six grey motor, that had powered everything from the 48-125 to the 1962 EJ, with its newly developed red motor – one that would stay in production until 1980. At the height of EJ production, 13,524 rolled off Holden’s assembly line in a single month – a record for the car maker. 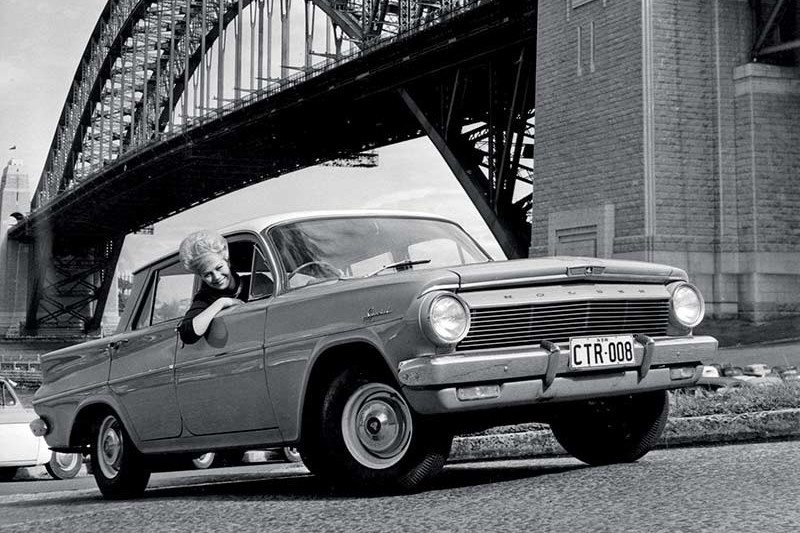 Ford, meanwhile, was trying again with the XL Falcon. Fresher looks and a Thunderbird-style roofline gave a more polished impression, while a revised suspension system and under-bonnet revisions to the carryover engines brought much-needed reliability.

Chrysler Australia chose 1963 as the year to take the fight up to both Ford and Holden. It launched the Valiant AP5, a locally made sedan and Safari wagon. Holden still dominated the market, holding one in every two sales, but Ford was claiming one in every five buyers with the BMC Mini Minor not far behind it. 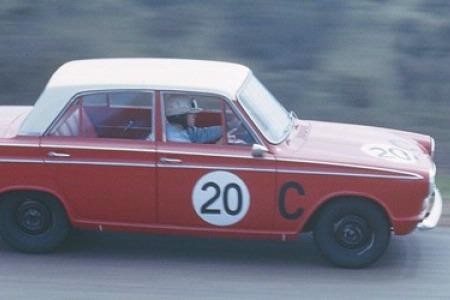 The 1963 Armstrong 500, won by Bob Jane and Harry Firth in a Ford Cortina GT, was held at Bathurst for the first time. It had moved there from Phillip Island after the track broke up so badly the year before that drivers were forced to make a diversion into bushland at Siberia to avoid a series of deep potholes that had opened up on a 10-metre section of track. 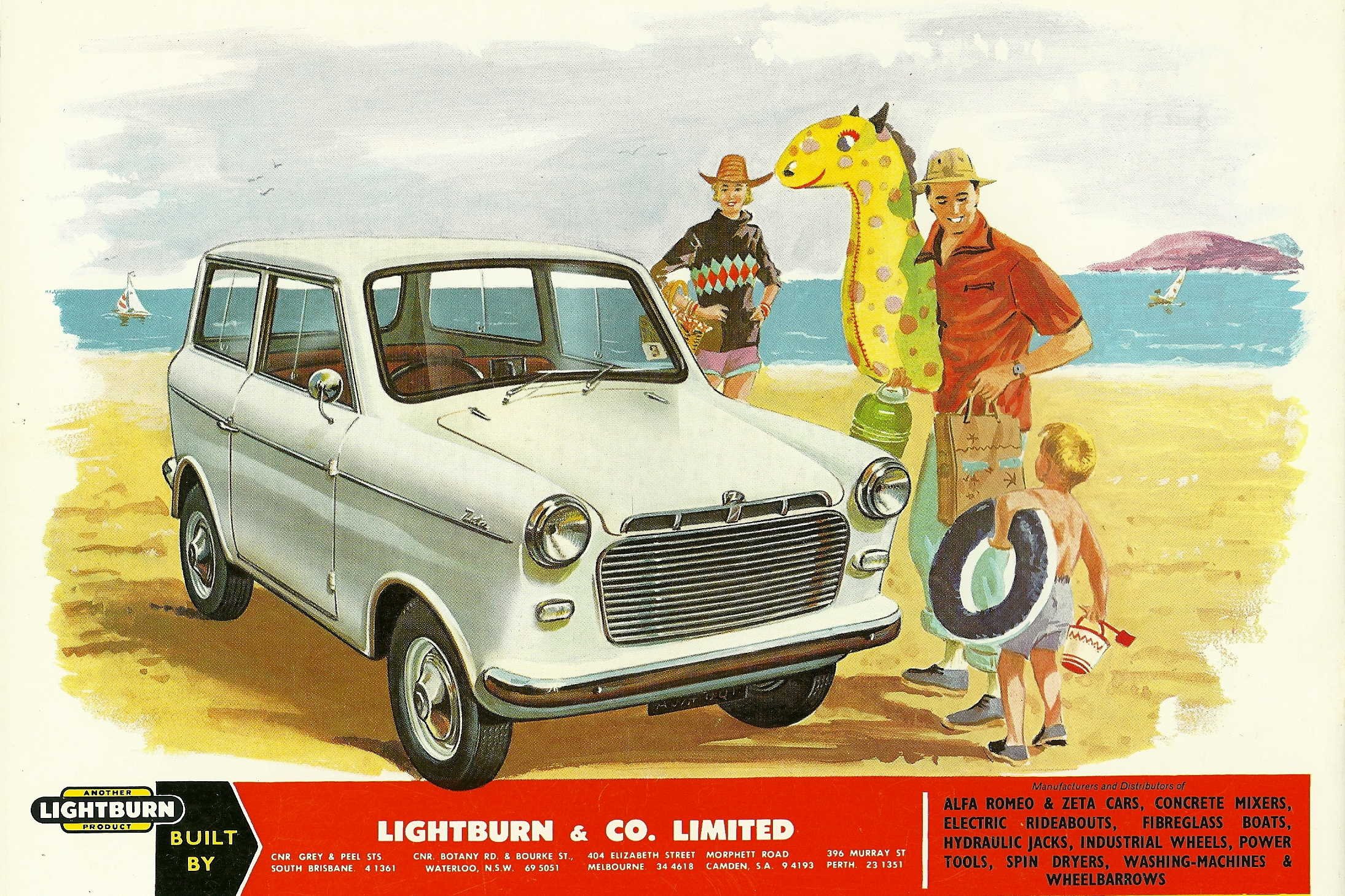 Harold Lightburn, the owner of South Australian boat, cement mixer, and whitegoods company Lightburn, had been watching Holden’s rise since the launch of the 48-215 with interest. In 1963, he unveiled the Lightburn Zeta, a low-cost, fibreglass-bodied family wagon based on a British Anzani Astra chassis. Hideously ugly, impractical, with no tailgate, and powered by a 325cc two-stroke engine, it would eventually morph into different body shapes – including a roadster – before it would die in 1966 after only more than 400 were made.

More importantly, though, was the founding of the Wheels Car of the Year award, which today stands as the world’s longest continuously running automotive gong. Taking it home in 1963? The Renault R8.

The same year, AMI would win the Australian franchise to assemble the Toyota Tiara, the predecessor to the Corona small car, alongside brands including Rambler and Triumph.

By 1964, Chrysler added to Australia’s local manufacturing push, opening its own assembly line at Tonsley Park, Adelaide, to build the Valiant AP5, followed by the V8-engined AP6 in 1965. 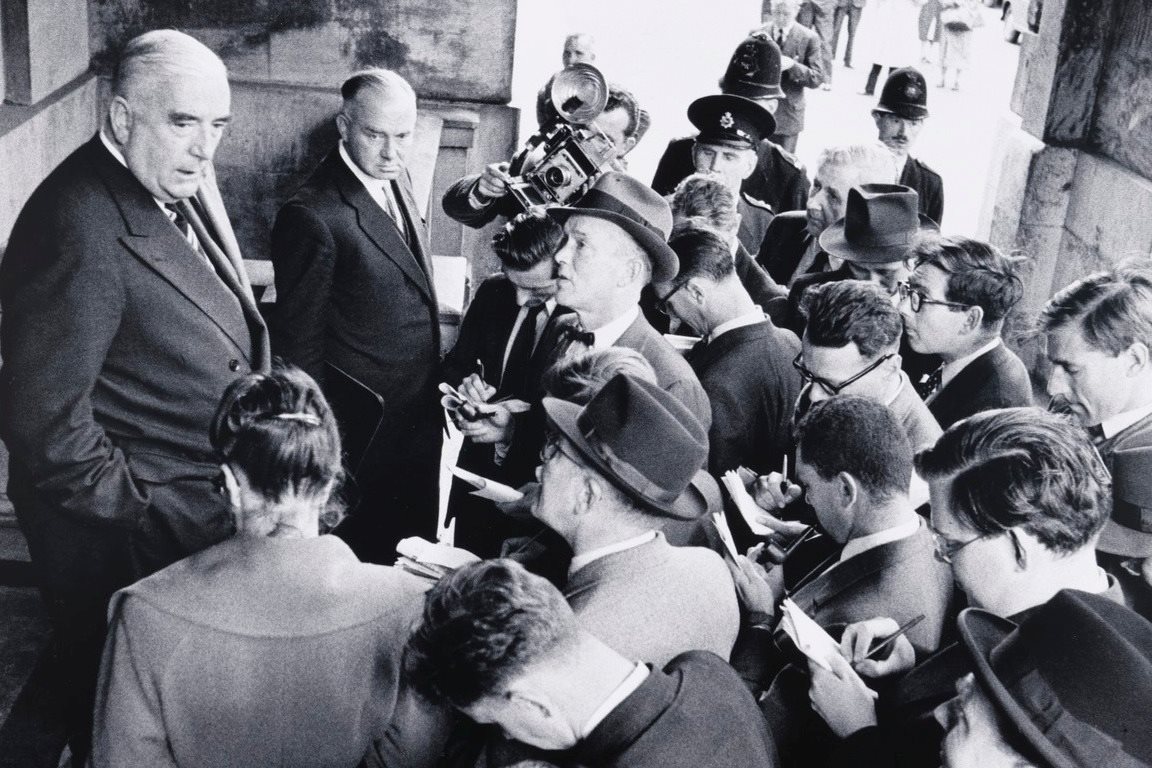 The year was one of turmoil for the car industry. Prime Minister Robert Menzies, after almost losing power in the wake of the 1960 credit crunch, and largely influenced by a plan devised by Repco owner Charles McGrath, introduced a 95 percent local content scheme to bolster the industry; car makers would get around it by building numerous short-run special models that didn’t have the same local quota, and therefore could use cheaper imported parts.

Holden now had almost 24,000 employees on its books across seven engine and assembly plants, building 150,000 EH Holdens in 1964 alone and using 100 percent Australian content. It had also started assembling the Vauxhall Viva, a car that would eventually be replaced by the locally developed Torana from 1967. 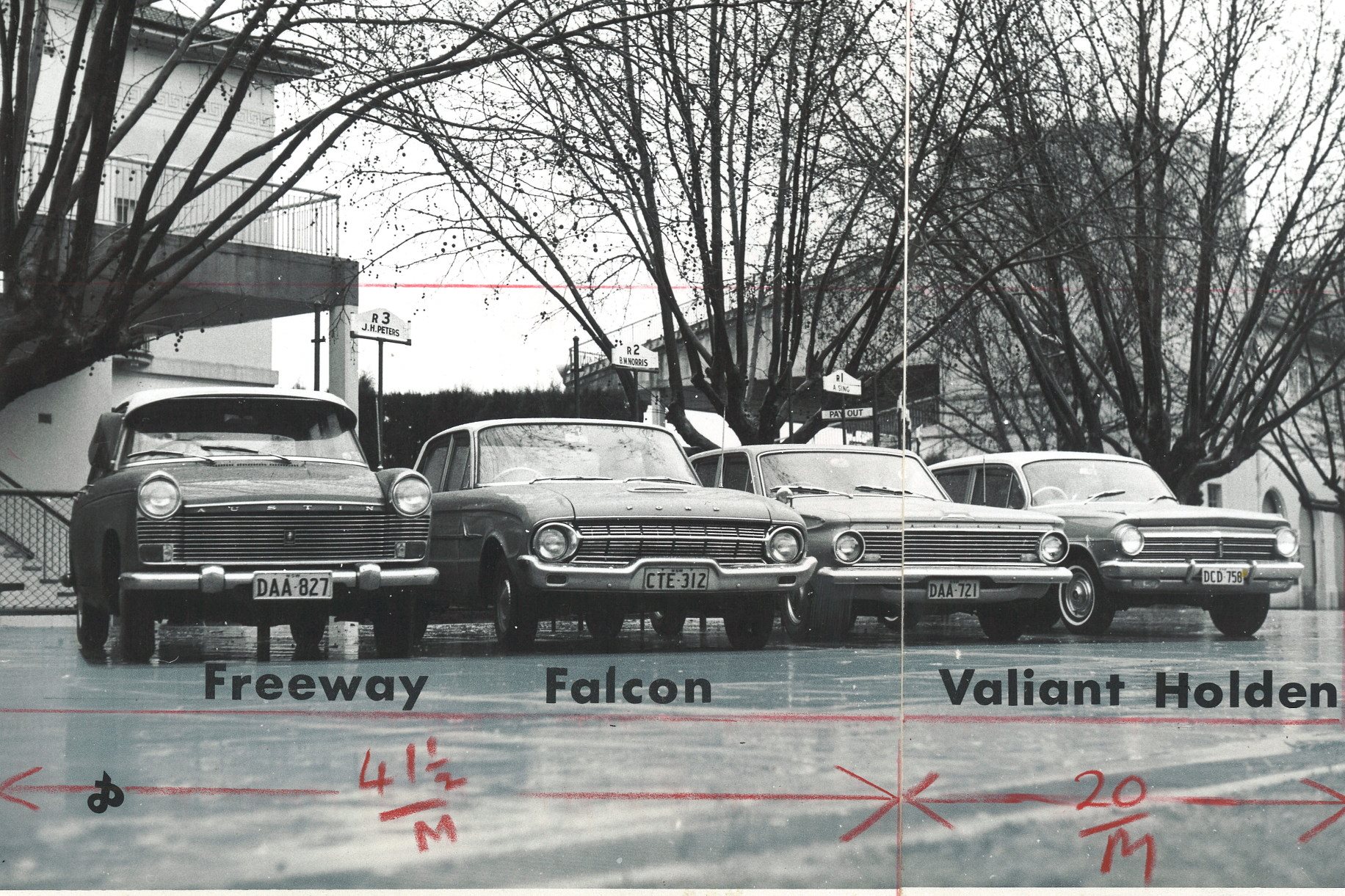 Ford’s XM Falcon was launched in 1964, marking the first significant swing away from the US models that spawned the earlier cars, and with even more reliability built into the suspension and drivetrain. It also introduced a coupe variant.

To stop the rise of imported models dominating local motorsport, the Confederation of Australian Motor Sports introduced the Group E Series Production Touring Cars class, requiring local production of at least 1000 units a year to get a place on the starting grid.

In 1965, automotive production was going gangbusters, even supporting the opening of a new steelworks at Whyalla in South Australia to help feed the industry. Ford had launched the XP Falcon – the fourth-generation of the original XK – and made enough improvements to win the brand’s debut Wheels Car of the Year award. Holden, meanwhile, had launched the HD with Powerglide, a slick new automatic transmission, and an “X2” factory performance edition.

Aussie-made still dominated the industry, with Holden, Ford, Chrysler, and Leyland holding a commanding 86 percent share of the market between them. But buyers were starting to notice the cheaper Japanese cars trickling into the market, including the Toyota Tiara and Nissan Cedric. 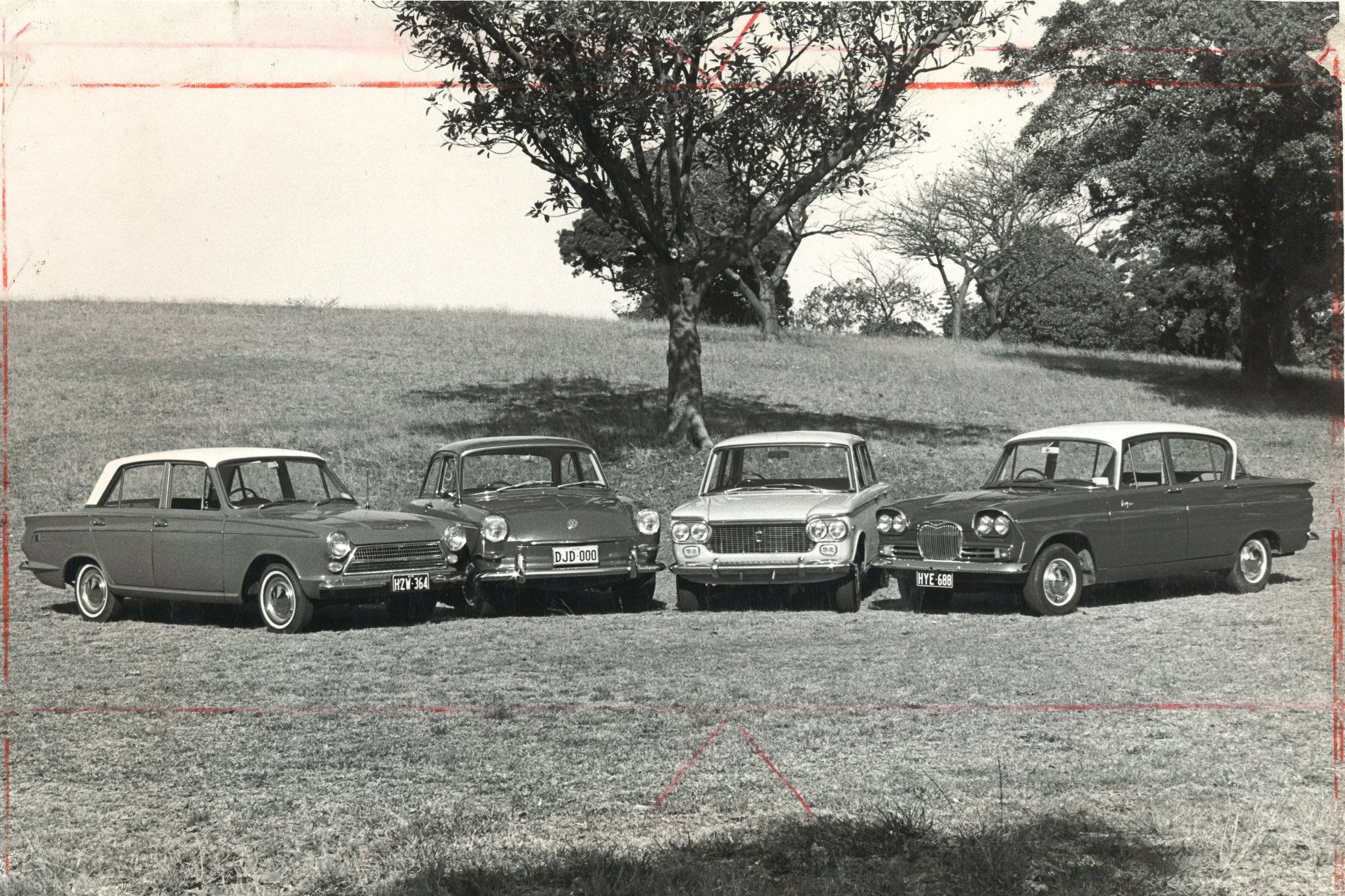 Leyland’s local interest, AMI, hit a bit of a speed hump in 1965. It had lost the rights to assemble Mercedes-Benz cars here, and slow sales of the Standard Vanguard left it with a significant hole on the assembly line – one that would eventually be filled with more Toyotas.

Meanwhile, Rootes Australia had fallen into a bit of a hole with a rapidly ageing showroom and next to no buyers. By the end of 1965 the company has had enough, merging with Chrysler Australia, which continued to build Hillman- and Humber-badged cars. Humber would get the bullet within a year. 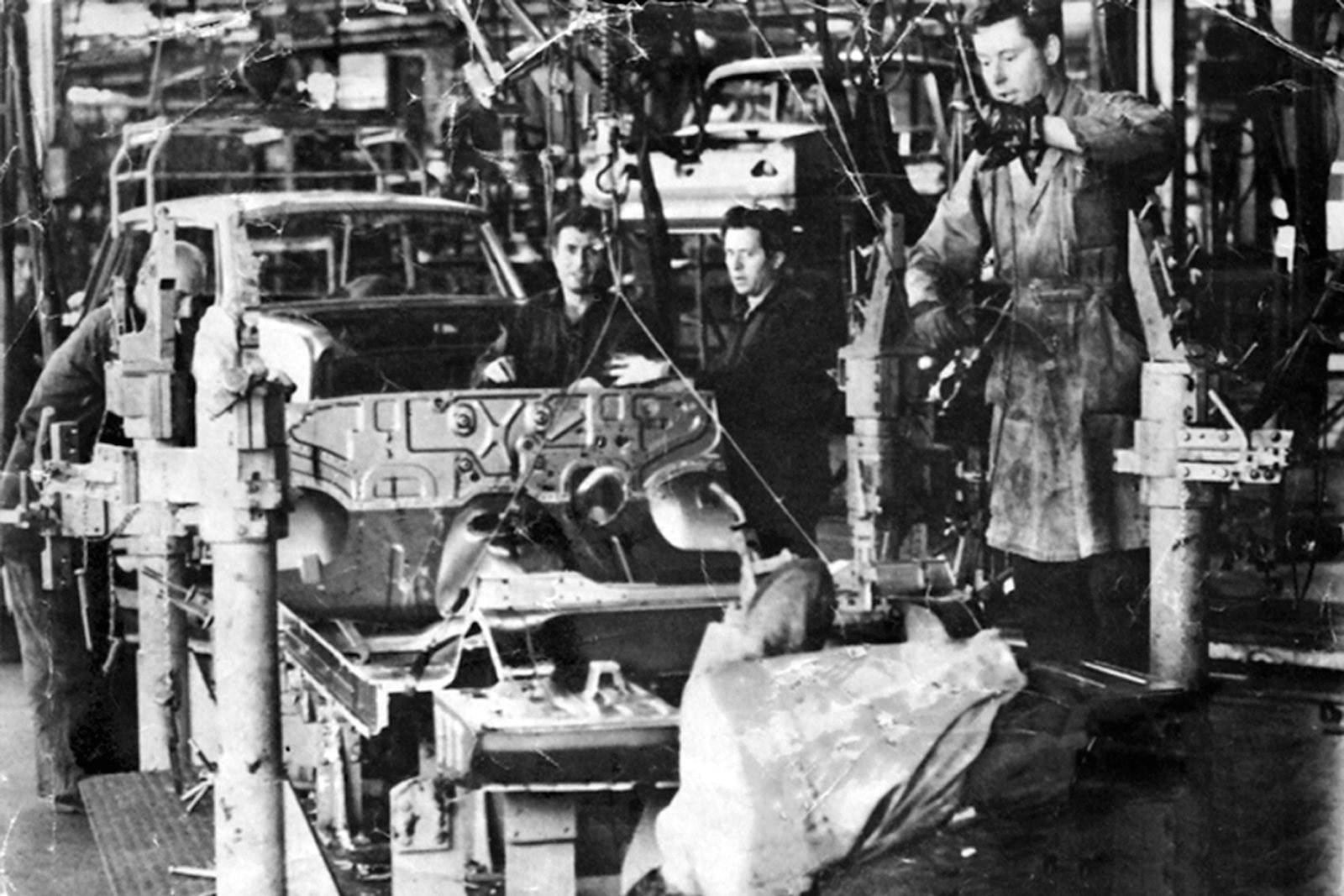 In 1966, Ford claimed a repeat Wheels Car of the Year win with the all-new XR Falcon, the so-called “Mustang Falcon” because of its US-derived design. The XR was the model to introduce the Fairmont badge, and the first to use a V8 engine. It would have to fight for sales against a fresh-look, but in-line six only, Holden HR, the first Australian car to feature seatbelts.

The Menzies government continued to play around the fringes of the industry, raising the import tariff on cars from 35 to 40 percent – the second highest tax rate in the world behind New Zealand. BMC, growing on the success of the Austin 1800 in the Australian market, laid down plans for new V8 models, and even a V12.

Nissan-Datsun joined Toyota as another Japanese brand selling in Australia – the start of a steady decline of the incumbent car makers. Meanwhile, Renault Australia had bought a factory at Heidelberg in Melbourne, where it started building both Renault- and Peugeot-badged models. 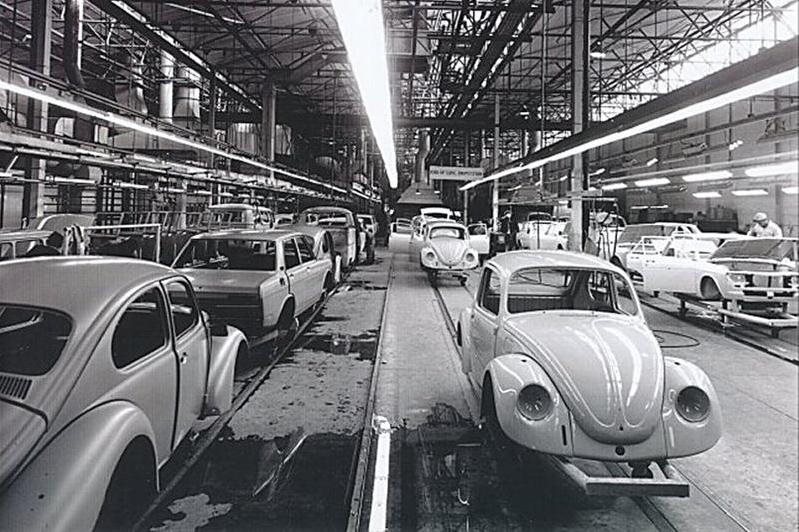 Volkswagen Australia, meanwhile, had evolved from its humble beginnings a decade earlier to become the most Australian it would ever be in 1967, pressing panels, making components, and casting the engines that would be built into all its cars.

Holden would replace its Vauxhall Viva in 1967 with a new small car named the Holden HB Torana, and Ford would introduce a new badge – the GT – to its Falcon range, as well as spawn a new luxury model built on a stretched Falcon wheelbase – the ZA Fairlane.

But the Australian car industry was yet to have its most exciting time.