It’s been a very long wait. The Nissan 400Z that looks set to be unveiled next year comes on the heels of the 370Z, a model that’s been with us 11 years, its life neatly bookended by two recessions.

Because of the latter, Nissan isn’t committing right now to a firm launch date for its 300kW twin-turbo tearaway. Though, a recent corporate video confirmed the car’s existence and imminent arrival.

Despite development being almost complete and an unveiling originally set for the New York International Auto Show on April 8 (with 2021 pencilled in for initial Australian deliveries), the coronavirus pandemic has put those plans firmly on ice.

In fact, such is the impact of the macroeconomics on discretionary purchases like sports coupes that Nissan has delayed the entire launch schedule for at least a year. 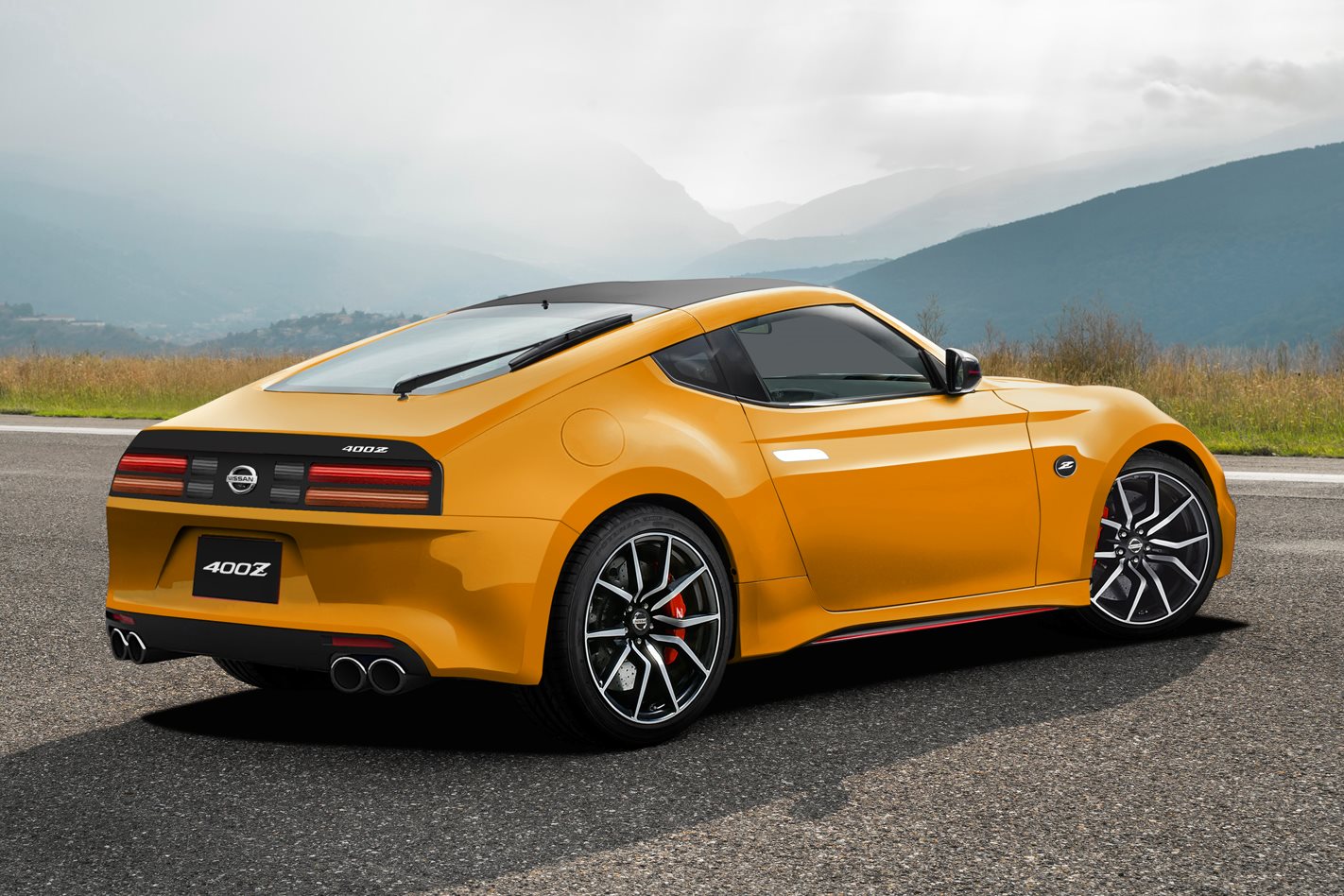 So what can buyers expect when the hankie is finally flicked off the 400Z at a motorshow, real or virtual? Given Nissan’s parlous financial state, it’s probably not uncharitable to describe the 400Z as a budget development.

In concept, it’s effectively a reskin of the Noughties-era 370Z, running on a modified version of that car’s FM platform. Those underpinnings can be traced back to the 2001 V35-series Nissan Skyline and also formed the foundation for the Infiniti Q60.

The doors are shared with the 370Z but beyond that, all of the other exterior panels are new. Responsibility for the exterior design ultimately falls to Alfonso Albaisa, Nissan’s Cuban- American design boss.

The 20-year Nissan veteran broke the news to Wheels back in September 2018 that he was working on the next-generation Zed, outlining the expectation inherent in such a high-profile project.

“You can imagine I’m completely excited that I am in the position to work on that.” 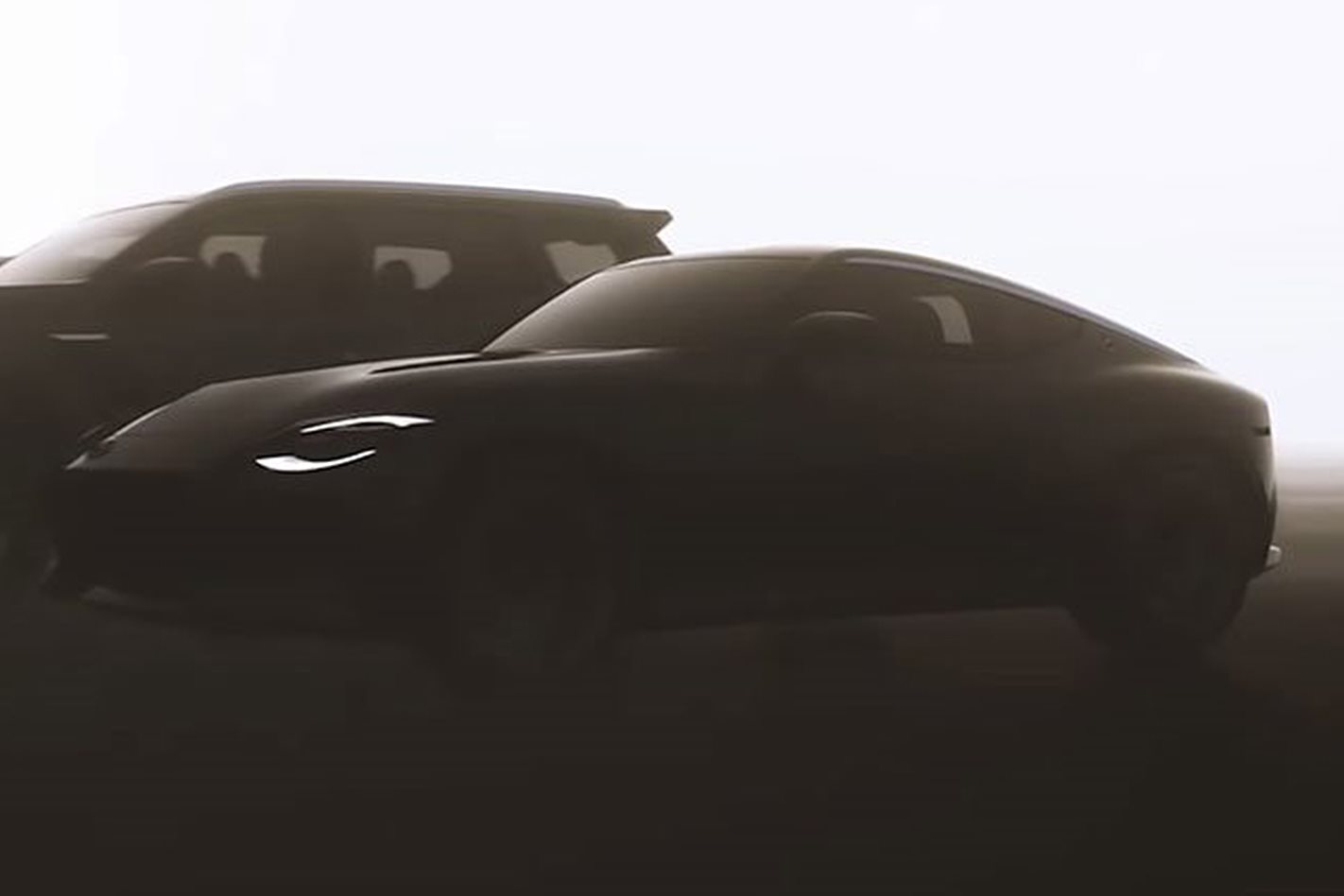 He should be excited. The 400Z has presented Nissan an opportunity to reimagine a very singular design language. Those who have seen the final clay bucks of the car in Nissan’s studio speak of a shape that echoes the hard points of the 370Z, but clothed in a far more striking design that fuses modern body-surfacing techniques with deliberately retro design cues.

A rounded headlight motif in a shapely lamp housing looks set to define the car’s face, whereas the rear lighting signature harks back to the slim 300ZX-style lamps.

Above all, Nissan was keen to present a clean, architectural look to the vehicle.

“It’ll almost be a heritage model with retro styling that harks back to hits of the past,” said our Nissan source.

The company has sought Australian patents for a newly designed Z badge, reprising the 240Z’s oblique centre dash running through the middle of the letter – a clear nod to the 400Z’s forebears.

Fewer details exist of the cabin, given clay bucks are notably difficult to sit inside. It was here, more than anywhere, where the 370Z was showing its age, with a small touchscreen saddled with a clumsy interface.

Materials quality was hit-and-miss, stowage space was poor and even the latest cars featured throwback touches like a CD slot in the dash, a manual handbrake, passive cruise control and no smartphone mirroring.

Expect the 400Z to feature a reskin of the sharper infotainment system seen in the Infiniti Q60. 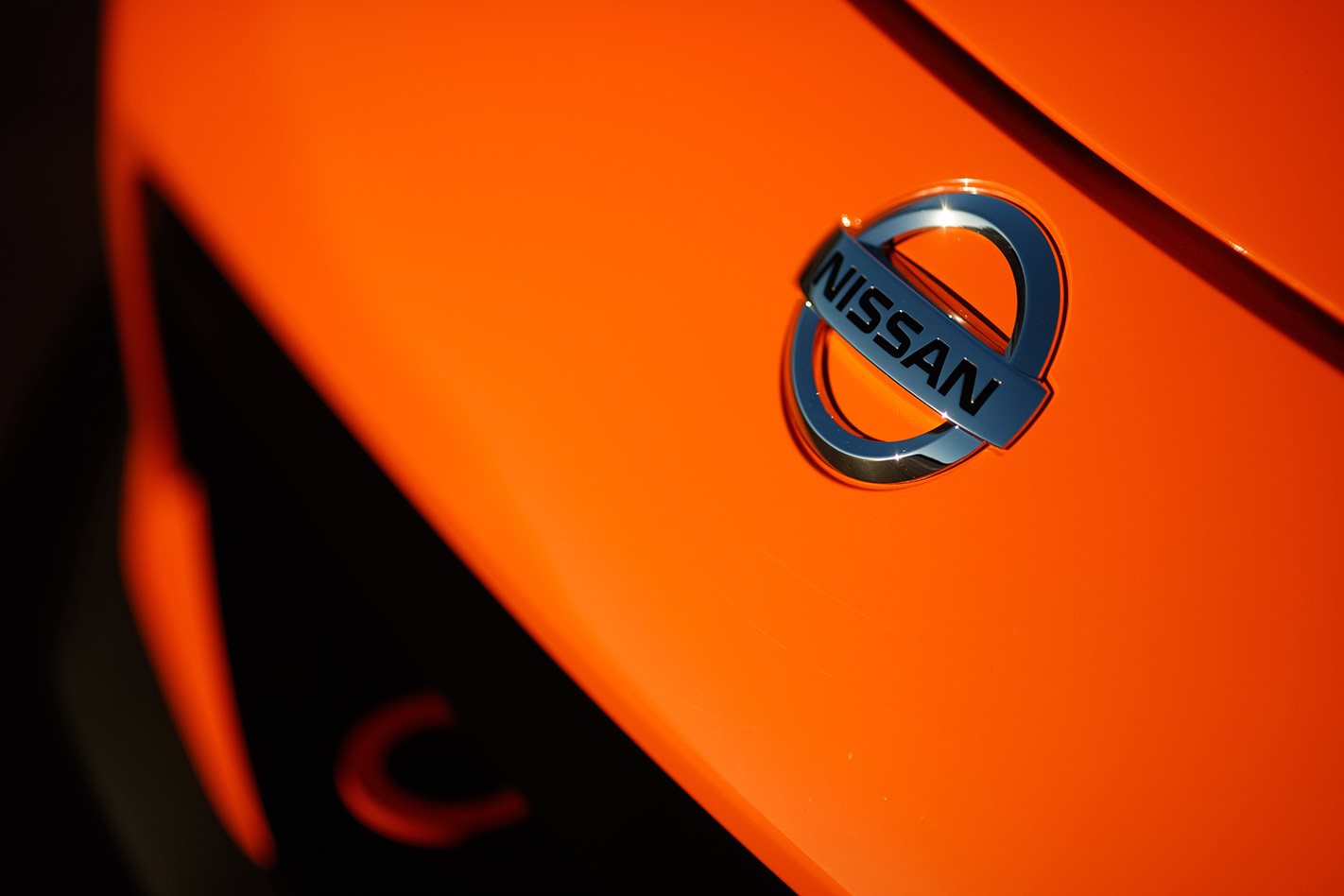 While the cabin dated the 370Z, the way it went down the road held up extremely well for such a long-lived model. The 400Z will aim to carry over as many of its dynamic highlights as possible while updating a few areas where its predecessor had slipped off the pace.

Economy and emissions will obviously need to improve over the 370Z Nismo’s dismal 10.6L/100km and 276g/km test figures.

The all-aluminium 3.0-litre twin-turbo V6 from the Infiniti Q60 Red Sport is expected to slip beneath the 400Z’s bonnet, marking a return to Z-car forced induction for the first time since the much-loved Z32 twin-turbo version of the 300ZX finished its production run in August 2000.

Part of the VR family that also includes the 3.8-litre unit seen in the Nissan GT-R, the VR30DDTT makes 298kW in the Q60 Red Sport, already enough to see off the uprated 2021 Toyota Supra, which is set to get a 285kW version of the BMW B58B30 lump.

It’s worth noting that even the current Supra enjoys a torque advantage, making 500Nm versus the Infiniti’s 475Nm.

Nissan will be targeting a kerb weight at least 200kg lighter than that, with drive only going to the rear wheels, so a time in the mid-fours ought to be a fairly reliable estimation. 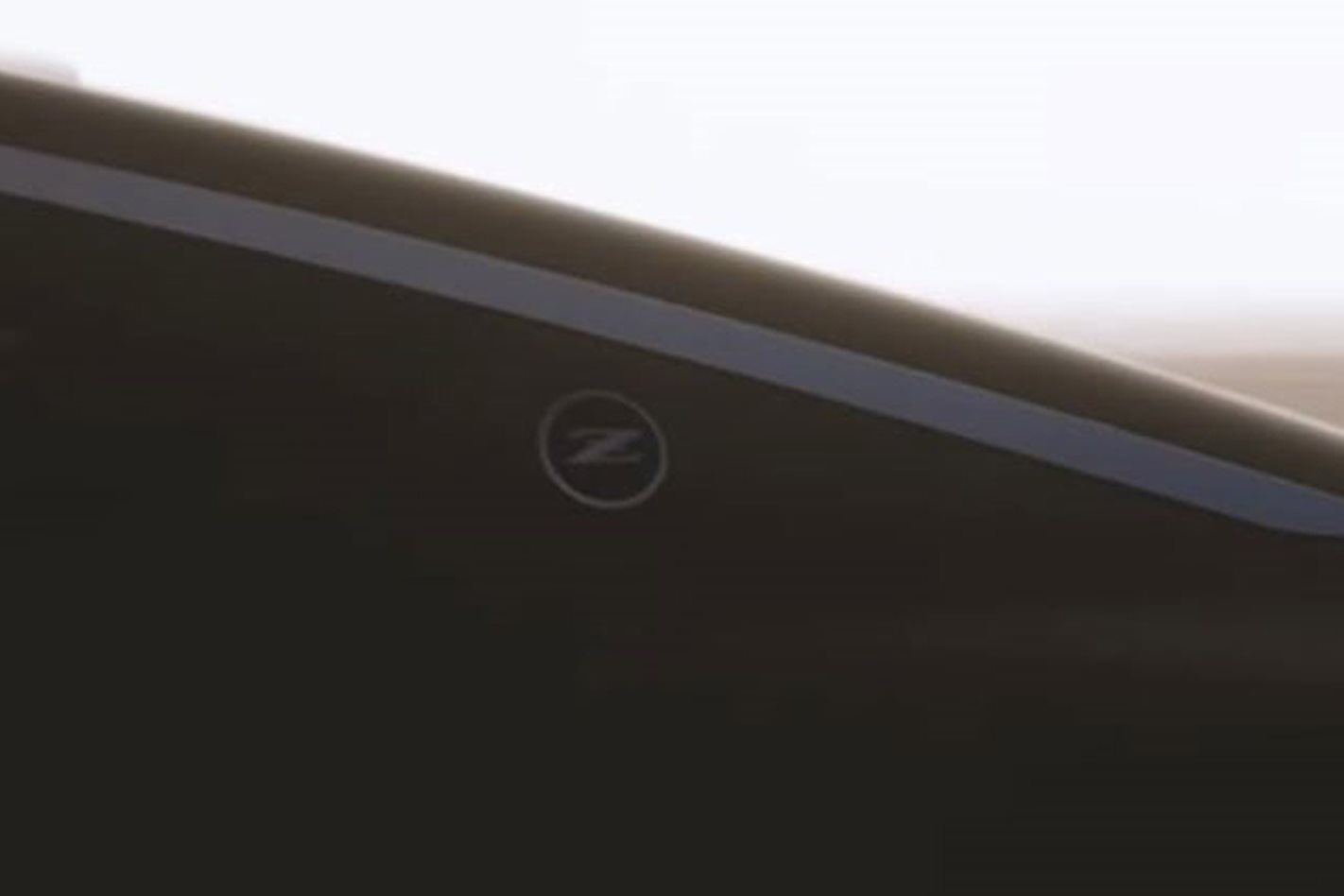 It’s not the first time a VR30DDTT has found its way into a Z-car. Nissan built the Project Clubsport 23 demonstrator for the 2018 SEMA aftermarket trade show, and its 400hp output dovetails neatly with the new car’s badging.

Nissan called that particular vehicle a “rolling parts development platform”, and while much of the kit was typical show-car dressing, there were a couple of interesting mechanical choices.

The first was the fitment of a six-speed manual transmission, and a lot of investment was ploughed into making the VR30 work with three pedals and a stick.

The company has yet to confirm which transmissions will feature on the 400Z, but it’s safe to bet on the Infiniti Q60’s seven-speed auto. Purists would love to see the six-speed manual integration project make production reality.

In addition to the ability to row around an H-pattern ’box, the Project Clubsport 23 also featured a Nismo Pro Carbon two-way limited-slip differential, a clutch-type diff that’s more focused than the viscous diff last seen on the 370Z Nismo. Markedly improving the diff and steering from the patchy Q60 Red Sport will be Nissan’s biggest challenges in the development of the 400Z’s dynamics.

It’s tempting to think not a lot needs doing to the 370Z in order to market its successor as a retro-themed car. In truth, it takes a lot of fresh thinking to come up with something that adheres to contemporary regulations while tipping its hat to previous Z-car generations. It usually takes time to finesse these subtleties. Fortunately, time is something the 400Z is not short of.

But what about Nissan’s tough financial situation?

Last year, the company’s sales slumped by 10 percent in the US, its second-biggest market after China.

Ghosn, now in hiding in Lebanon after absconding from house arrest in Japan, led an unprecedented push for growth, with huge dealer incentives collapsing the bottom line.

In order to achieve a target of 10 percent market share in the US, Ghosn’s stair-step incentive scheme both alienated dealers and led to customers becoming trained to shop for end-of-month bargain deals.

The result? A 57 percent year-on-year profits decline. Ghosn is now being sued by Nissan for $135m, the company claiming that its “legal actions form part of Nissan’s policy of holding Ghosn accountable for the harm and financial losses incurred by the company as a result of his misconduct”.