I don’t go to church. Nor do I have any pigs that need ferrying to market on a Monday.

Nonetheless, having a modern interpretation of Lew Bandt’s coupe-utility concept has been extremely handy for a multitude of reasons. Holden’s SS ute cops a bit of a flak for not being a ‘real’ ute, and it’s true that with a maximum payload of 646kg you’re not going to cart a tonne of topsoil with it (though that’s also true of a few full-size utes).

It is more accurate to think of the SS-V Redline as a coupe with a big boot, but there are plenty of occasions where this amount of space is useful. Need to carry a couple of bikes? Or flat-pack furniture? Or timber from the hardware store? All no problem. While realistically a Commodore Sportwagon could also accommodate these items, the ute’s plastic tray liner is a lot more durable than the wagon’s carpeted load area. 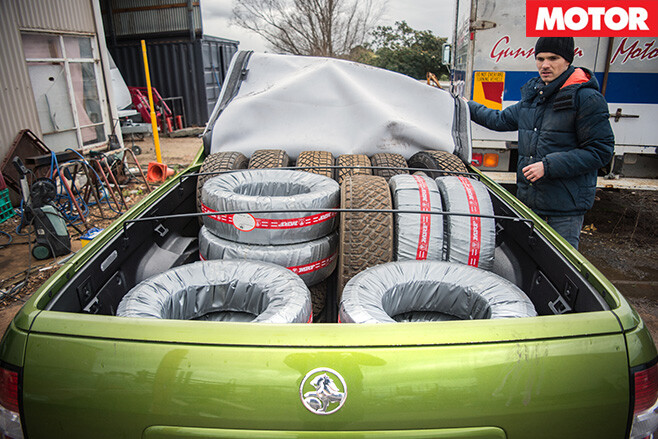 For example, I wouldn’t want to carry 16 rally tyres – eight of them used and encrusted in dirt – in the back of a wagon, whereas they were happily thrown in the tray. This experiment did reveal a couple of shortcomings, however. If you’re going to leave anything valuable in the tray overnight – like, say, a couple of grand’s worth of rubber, but equally a tool box, etc – then you’re going to want to invest in a lockable hard tonneau cover, three styles of which are available from Holden ranging from $2970-$3600.

But that creates another issue, as had the hard tonneau been fitted, I wouldn’t have been able to carry all the tyres. The best of both worlds appears to be a canopy; mounting 70-odd kg high over the rear end isn’t going to do much for the handling balance but you could always remove it for track days – or just rock the quasi-Sandman look. 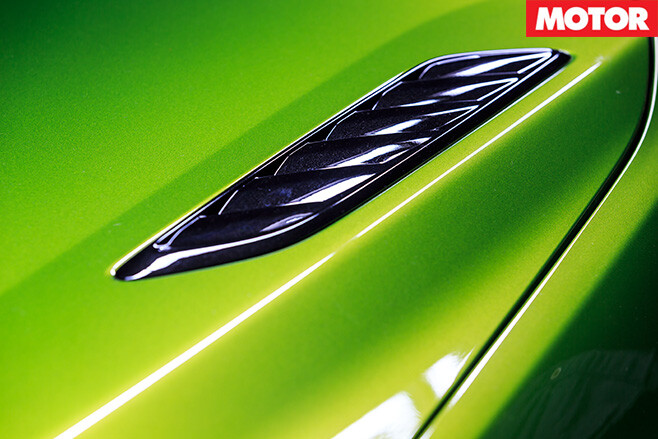 Sadly, the Redline’s towing duties have been limited to carting the scissor lift during this year’s Bang For Your Bucks – hardly very taxing. However, having previously towed cars with an SV6 without difficulty – which would be right at the limit of the ute’s 1600kg towing capacity – it’s difficult to see why a 6.2-litre V8 would make it any harder.

As for why the auto-equipped sedans are rated to tow 500kg more, Holden says the sedan has a stiffer bodyshell – just as a convertible is bendier than a coupe, so too is a ute bendier than a sedan.

On a slightly different note, we also took the opportunity to run our long-termer down the strip. With a couple of track sessions and a few thousand road kilometres under its belt, the rear tyres aren’t exactly in pristine condition, but it nonetheless managed 0-100km/h in 5.12sec and a 13.21sec quarter mile at 178.37km/h, only a couple of tenths off its claims. Unless I was having a particularly uncoordinated day, the gearbox is starting to show its age a little after thousands of hard press kays, as beating the synchros on the one-two shift was a regular occurrence.

It also provided another opportunity to activate the one-foot rollout function on the VBox, which we’ll do with all our regular performance testing from now on. The result was 0-100km/h in 4.9sec and a 13.0sec quarter at an identical 178.4km/h, so a 12.8 or similar should be achievable at the Wednesday night drags. LIKED: Getting the dirty jobs done
DISLIKED: Worrying about tyres being nicked
FAVOURITE MOMENT: Hearing that V8 roar every day

Want more info on the SS-V Redline? Check out how it compared against HSV's Maloo R8.