The mad geniuses behind the pursuit of speed

From the outside, the run looked perfect, culminating in a thunderous sonic boom that rumbled across the alkali playa, bouncing back to the assembled press corps from Old Razorback Mountain. Inside the cockpit, things were a bit more hectic. Due to certain design limitations, while approaching the speed of sound, Green had veered more than 50 feet off line and was holding 90 degrees of steering with the car swinging sideways.

Yet despite holding the Land Speed Record for longer than any other individual, Green’s looking to shift the marker still further, the Bloodhound SSC team aiming for 1000mph (1609.34km/h) on Hakskeen Pan in South Africa next year. Crazy? Not by any stretch. Compared to most Land Speed Record challengers, Green’s one of the sensible ones. 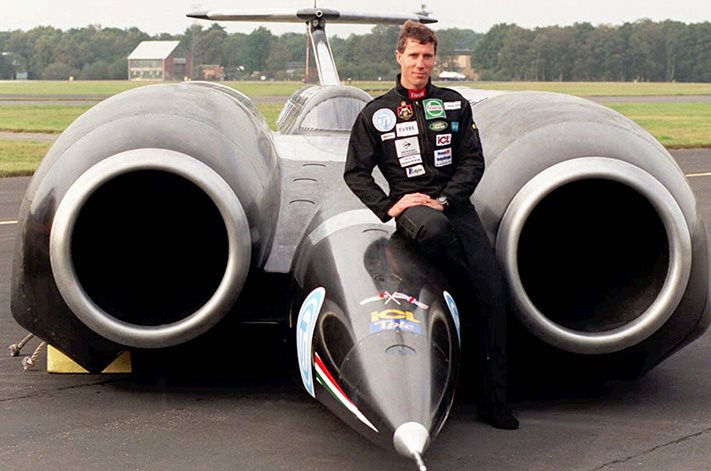 Craig Breedlove has to come front and centre in any roster of high-speed certifiables. The first man to reach 500mph (804.67km/h) on land, Breedlove was, shortly thereafter, also the first man to lay a set of 9km skid marks.

On October 15, 1964, his Spirit of America jet car logged a speed of 513mph (825.59km/h) over the first half of the Bonneville course. The mandatory return run – all land speed records need to perform two runs in opposite directions, within an hour of each other – saw the car’s drogue chutes fail, leaving Breedlove with nothing but feeble wheel brakes to retard his progress.

Gradually decelerating over eight kilometres, the car narrowly missed a telegraph pole, took a glancing blow off a second and then leapt an embankment before coming to rest in a salt pond. Utterly bent, the car nevertheless recorded a two way average of 846.97km/h. He only basked in the glory of being the fastest man on wheels for 12 days, as Art Arfons’ Green Monster would eclipse it and close out the 1964 season with an 863.75km/h mark. 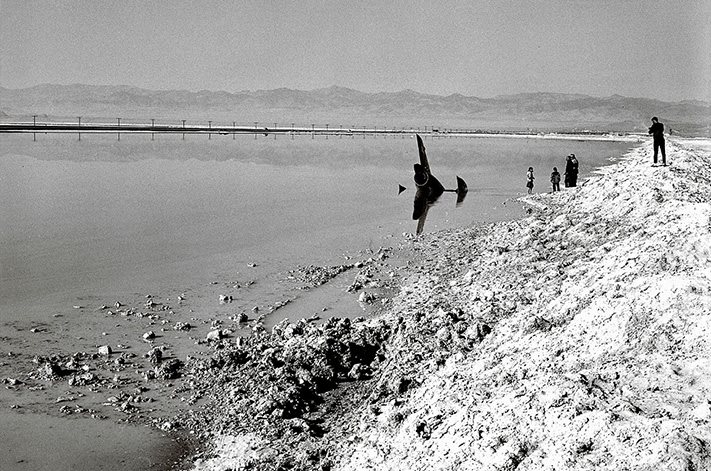 Sometimes it’s the engineering that’s crazy. The Budweiser Rocket, a car piloted by Stan Barrett to an unratified 1190.37km/h back in December 1979 was powered by a hybrid liquid and solid-fuel rocket engine. That wasn’t enough. The engineering solution? Strap on a 12,000hp Sidewinder missile. That’s right, a Sidewinder. One of those things that blows MiGs to shreds.

The US Navy agreed to sell project director Hal Needham six of them, without the fuses and warheads, naturally, and one was bolted directly behind Barrett’s head. What could possibly go wrong? On the day, everything went well, Barrett went faster than anyone before but never got the official record, the tricycling ‘car’ not meeting FIA/FIM specs. Nevertheless, Barrett remains probably the only man who has aimed a Sidewinder at the back of his noggin, lit the blue touch paper and lived to tell the tale. 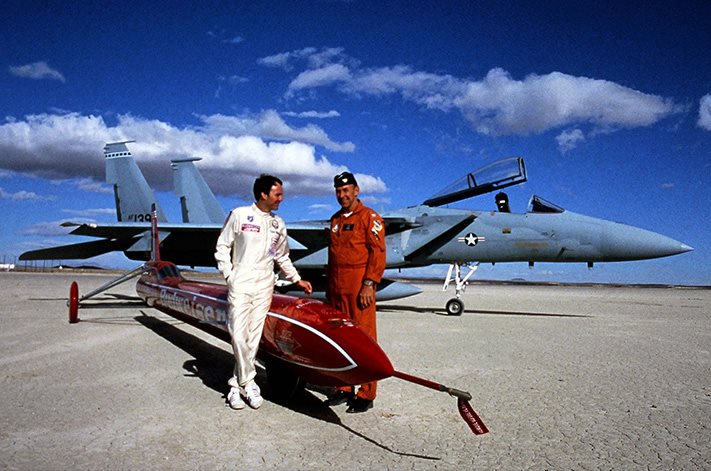 Part of the appeal of land speed record attempts that still endures is pushing engineering boundaries. Adrian Newey, F1 racing car designer for Red Bull, and previously Williams GP and McLaren, is full of praise for the engineering genius behind the record-setting Bluebird-Proteus CN7, built in 1960.

“I think in terms of one of the biggest advances made, although it was not strictly speaking a racing car, was Bluebird. Arguably for its time it was the most advanced vehicle,” Newey said in 2012.

The last outright land speed record car that was wheel driven, Bluebird featured aerospace tech such as an aluminium honeycomb chassis, and a head-up display, along with fully independent suspension and all-wheel drive.

“It was the first car to properly recognise, and use, ground effects,” said Newey. “The installation of the jet turbines is a nightmare, and it was constructed using a monocoque working with a lot of lightweight structures. It was built in a way that you build an aircraft, but at the time motor racing teams weren’t doing that.”

The 4000hp Bristol-Siddeley Proteus gas turbine engine was designed to do 805km/h, but poor surface conditions for the record attempt at Lake Eyre saw a maximum of 648.73km/h. It still brought the land speed record back to Britain but perhaps the most amazing thing about this car is that if an exact replica was built today, and if it achieved its design maximum, it would beat the existing record of 757.1km/h set by Don Vesco’s Vesco Turbinator in 2001. In other words, it could have held that record for better than half a century. 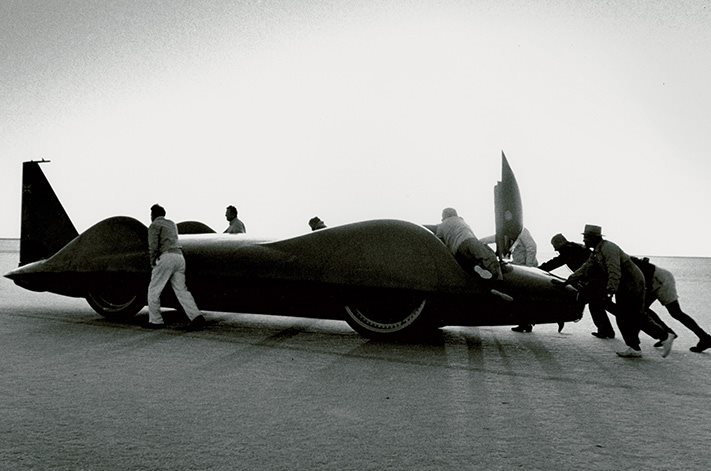 It’s also worth remembering that driver Donald Campbell crashed the car in 1960, breaking his skull, fracturing his eardrum and giving him lasting panic attacks. To get back into the rebuilt car that almost killed him and set a world record requires almost superhuman bravery.

Bob and Bill Summers were a couple of car nuts who built one of the most beautiful and innovative record holders. Powered by four Chrysler Hemi engines mounted inline, the 2400hp Goldenrod held the wheel-driven record (658.64km/h) for 42 years, nine months and 14 days. The brothers were having a tough time figuring out how to pack in four engines, initially trying to set them in two rows side by side. 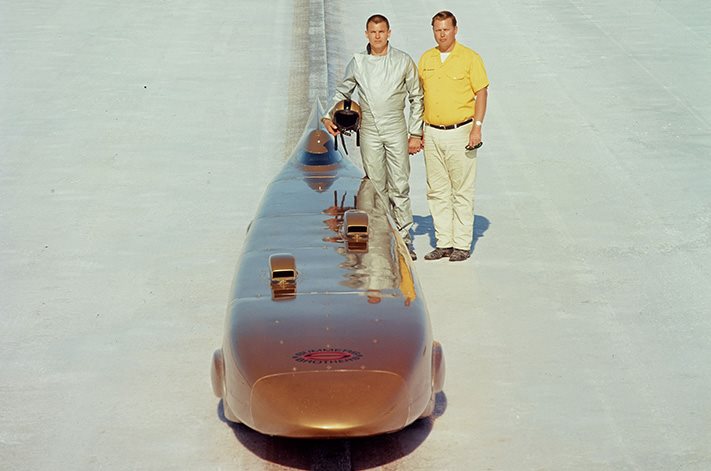 Given access to the Caltech 10-foot wind tunnel and the genius of Lockheed engineer Walter Korff, they realised that putting the engines inline would give a tiny frontal area. The resulting drag coefficient of 0.1165 and minuscule frontal area of 0.79 square metres was key in achieving more with less. When the record was finally eclipsed in 1991, Bill Summer said, “It’s about time it went away.”

Richard Noble’s Thrust team aren’t bored with holding the record for 34 years. Their attempt to keep the blue riband of speed in British hands for the foreseeable future is by no means a foregone conclusion. Bloodhound SSC faces challenges from renegade Rosco McGlashan with his troubled Aussie Invader project and also the North American Eagle Project, which uses a Lockheed Starfighter body. Their aim is to beat the current record before Bloodhound can lift it out of reach.

Mad? Maybe. We tip our hats to each and every one of them. 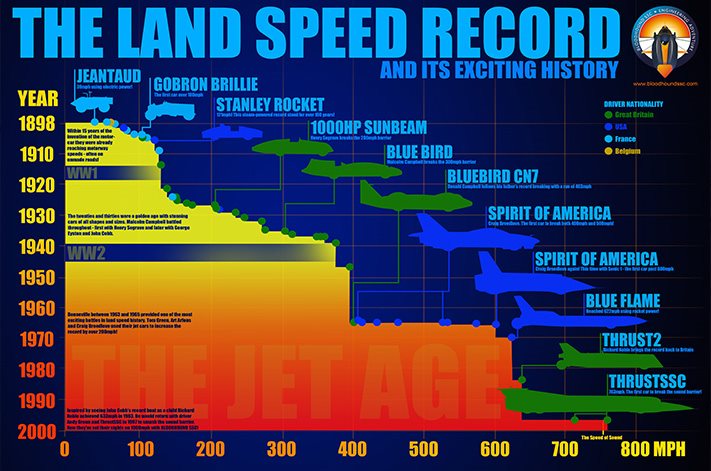 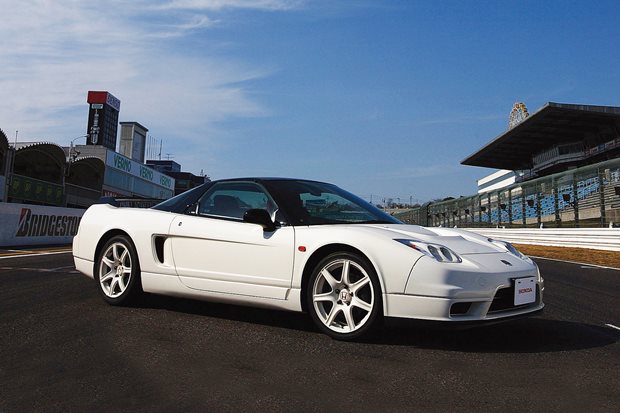 As we count down the final months before the new Civic Type R arrives, let’s look back at some of Honda’s best red-badged models. 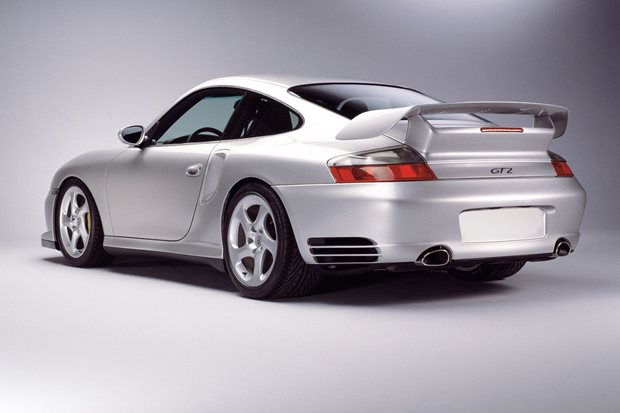 The five most fearsome automotive widowmakers

Porsche’s unhinged 911 GT2 is back. We round up some of the other genuinely scary sports cars 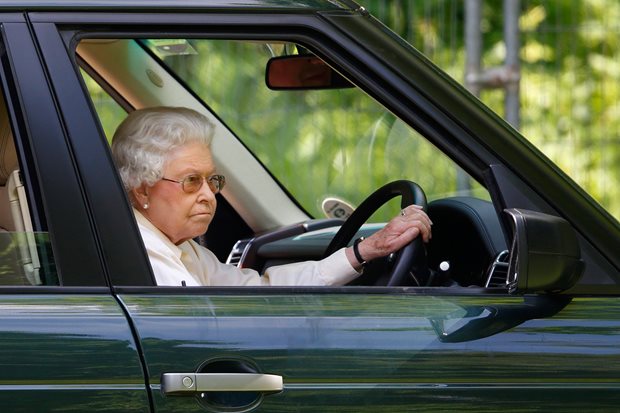 Her Majesty the Queen’s car collection

Happy birthday to Liz, our enduring petrolhead of state 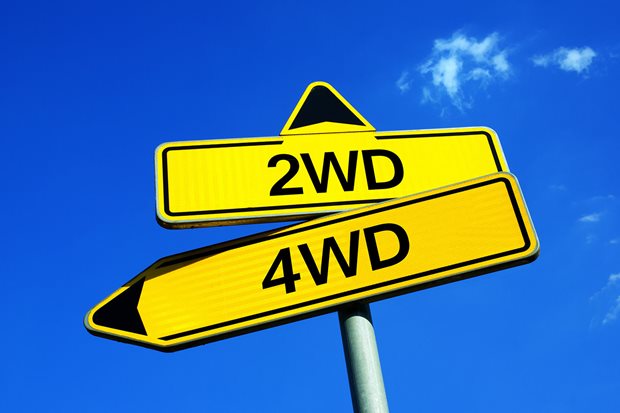