Are full-size factory-direct RHD 4x4s a viable option for manufacturers?

They’ve been “under consideration” for years, but are full-size factory-direct RHD 4x4s ever coming to Australia?

Yesterday we ran the story on the prospect of Nissan producing its Titan in right-hand drive from the factory, for small markets such as ours here in Australia.

It’s a familiar tale as it’s one we’ve been hearing for decades from US auto reps who, at every North American Auto show, assure us that the model “will be considered for right-hand drive production at the next generational upgrade.” 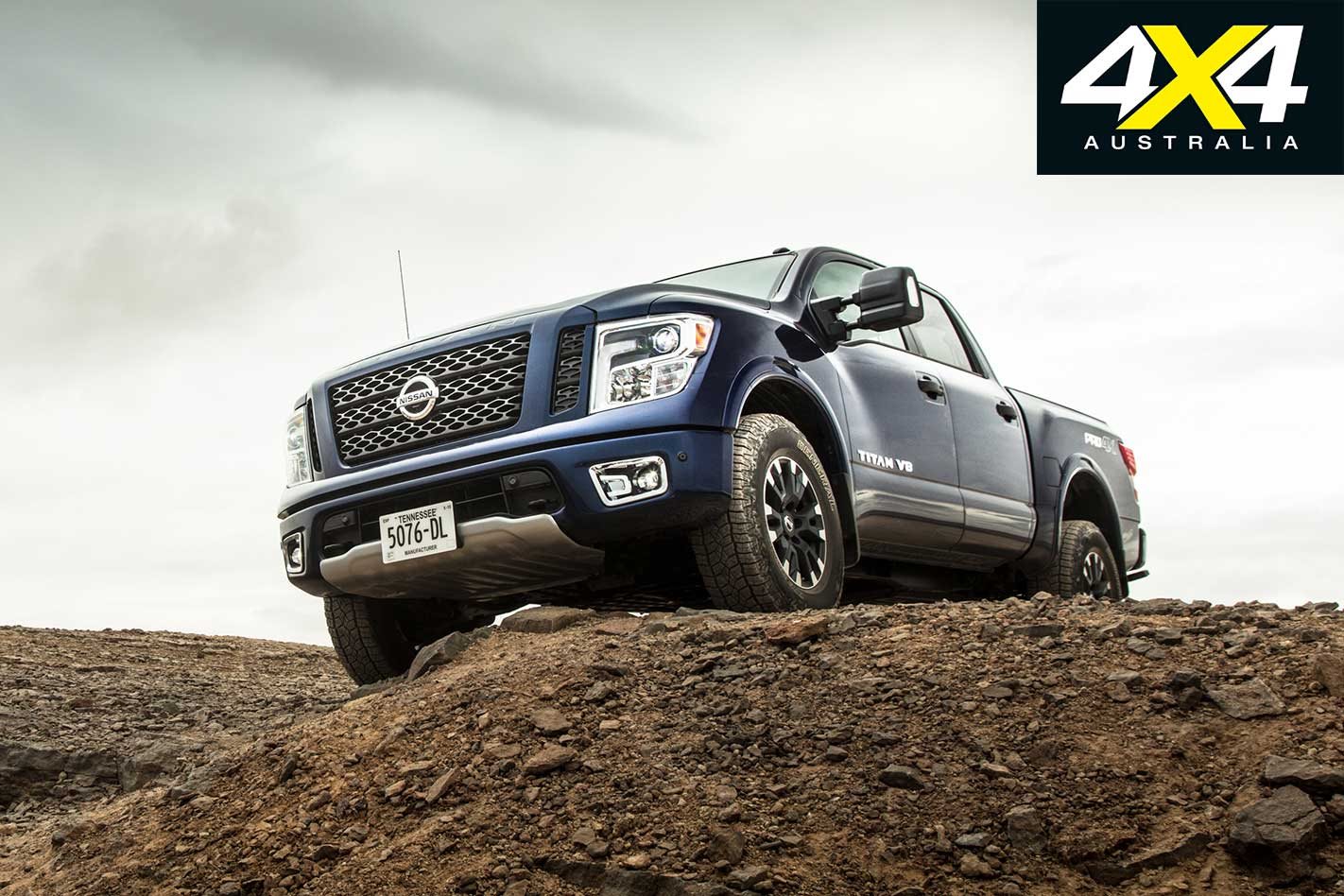 Australian automotive media inevitably ask the same questions of the US execs at every opportunity, and it’s always the same old answer: “It’s under consideration”.

Over the many years we’ve heard this response we’ve seen generations of Ford F-Trucks come and go, likewise for Ram and Chevy trucks and the muscle cars we’ve all drooled over. Always the same answer.

The one exception to the norm was the Ford Mustang, which has proven to be a success in right-hand drive markets, especially in Australia. The ‘new’ Mustang offering was a huge hit here, and delays in local deliveries forced FoMoCo to up production of RHD models. Luckily for us, this also came at the time of a sales slump in the US, so the execs simply swapped production to fill the hole Down Under. 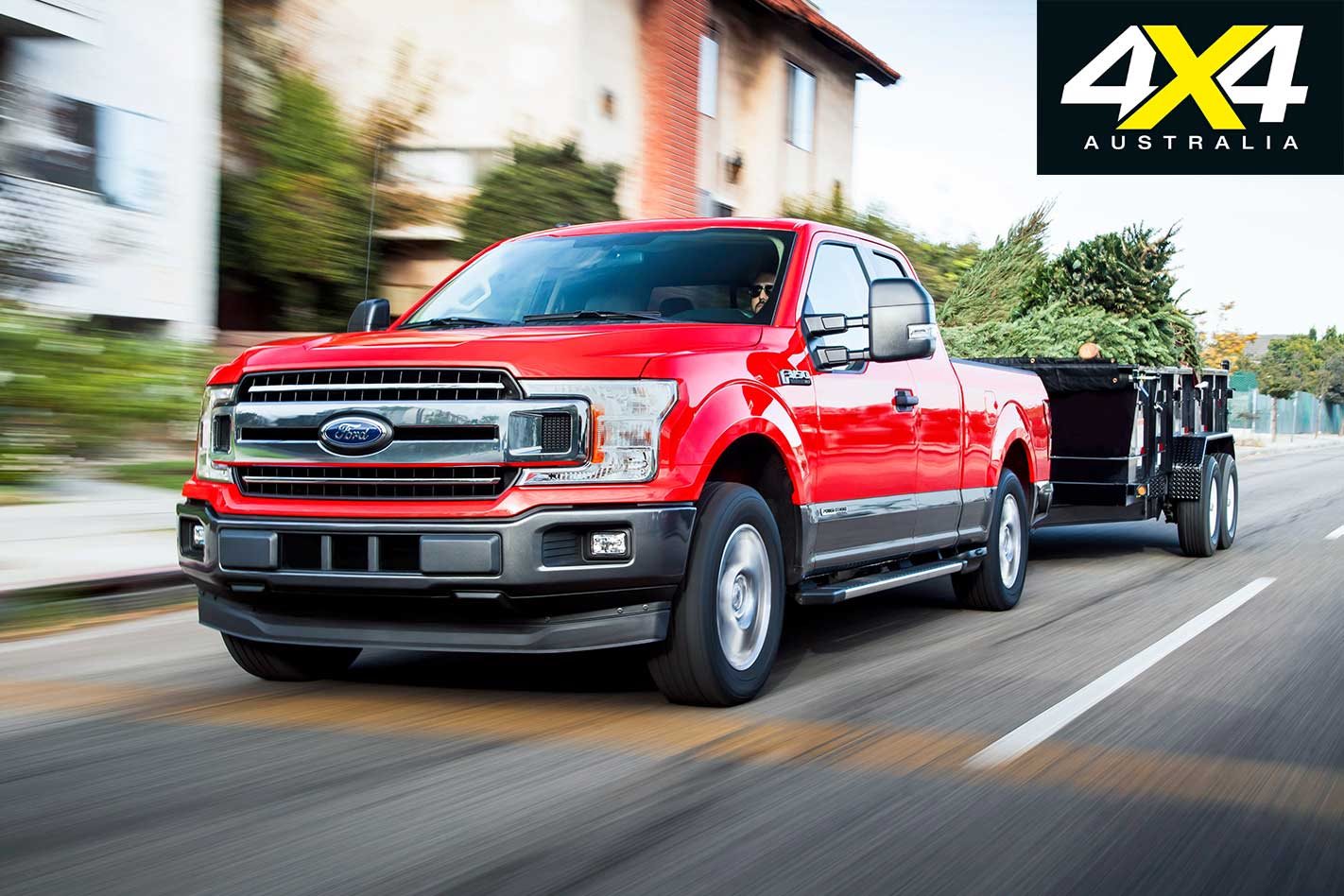 The relative success of the Mustang has pushed those in Detroit to look closer at right-hook variants of other American models and how they might sell here and elsewhere. For many of these cars, and certainly the full-size pick-up trucks, Australia will be the biggest market for them, so the numbers are relatively small.

Japan and the UK certainly don’t want them leaving South Africa, and some Asian countries such as Thailand are the only other potential markets, but, still, the numbers don’t add up.

When you consider that the cost of the left- to right-hand drive conversion adds around $20K to the price of the average car or truck, you would have to think a factory RHD full-size truck should sell here for less than $100,000. That’s considering that the one-tonne HD trucks are currently selling for $120K and upwards here; the RAM 1500 half-tonne pick-up being the exception. 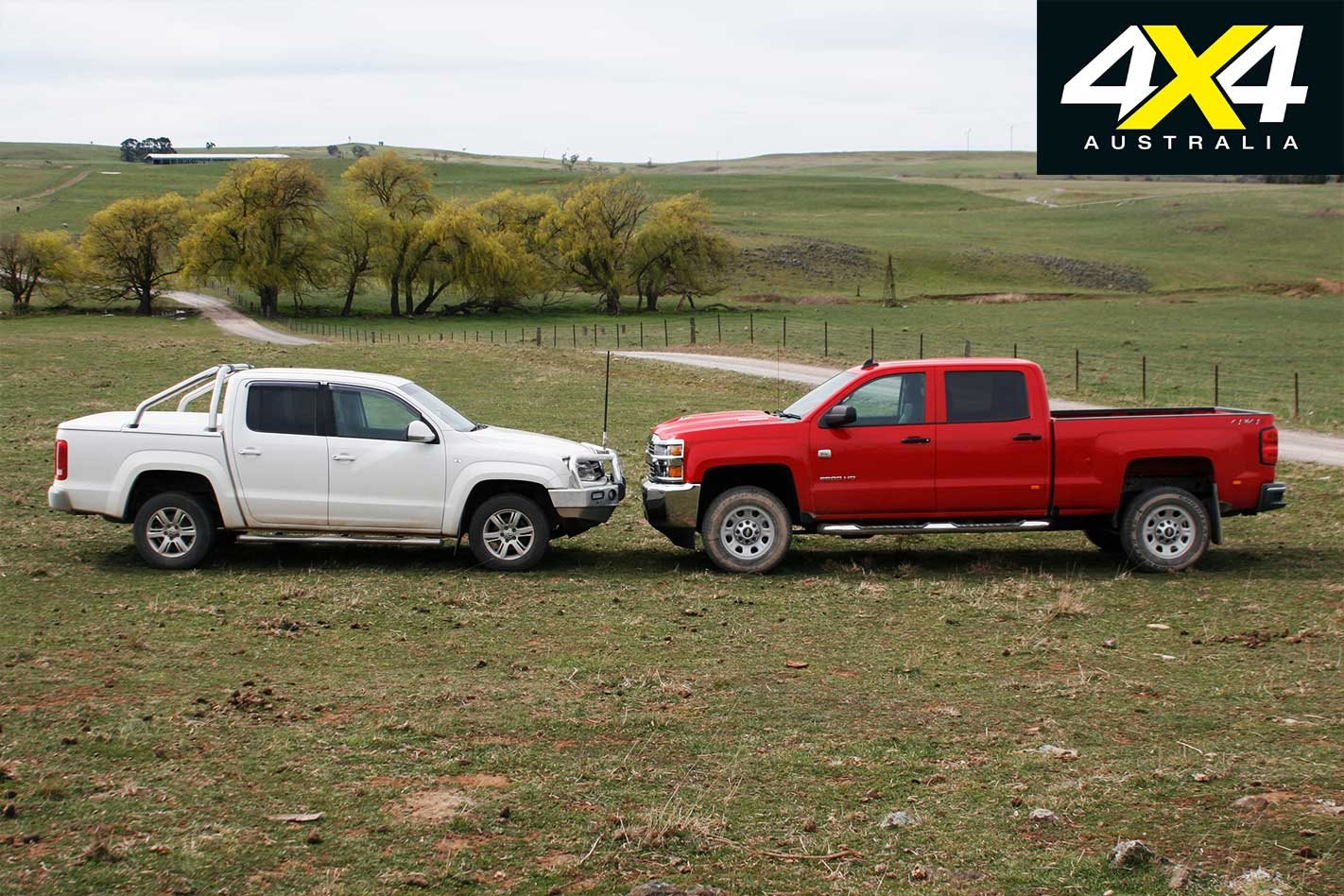 So a company, be it Chevrolet, Ford, Nissan, Toyota or RAM, that can market a factory-built RHD full-size truck here for less than the $100K mark should be on a winner. But is the market for those larger trucks big enough to justify the millions of dollars required to engineer a new vehicle for both left- and right-hand drive?

There’s no doubt Australians are in love with double cab pick-ups, as the sales of the Toyota Hilux, Ford Ranger and Mitsubishi Triton attest, but many buyers, and certainly those with a family to carry, find the interiors of the locally available utes to be too cramped and uncomfortable. They want something bigger and are prepared to pay for it. 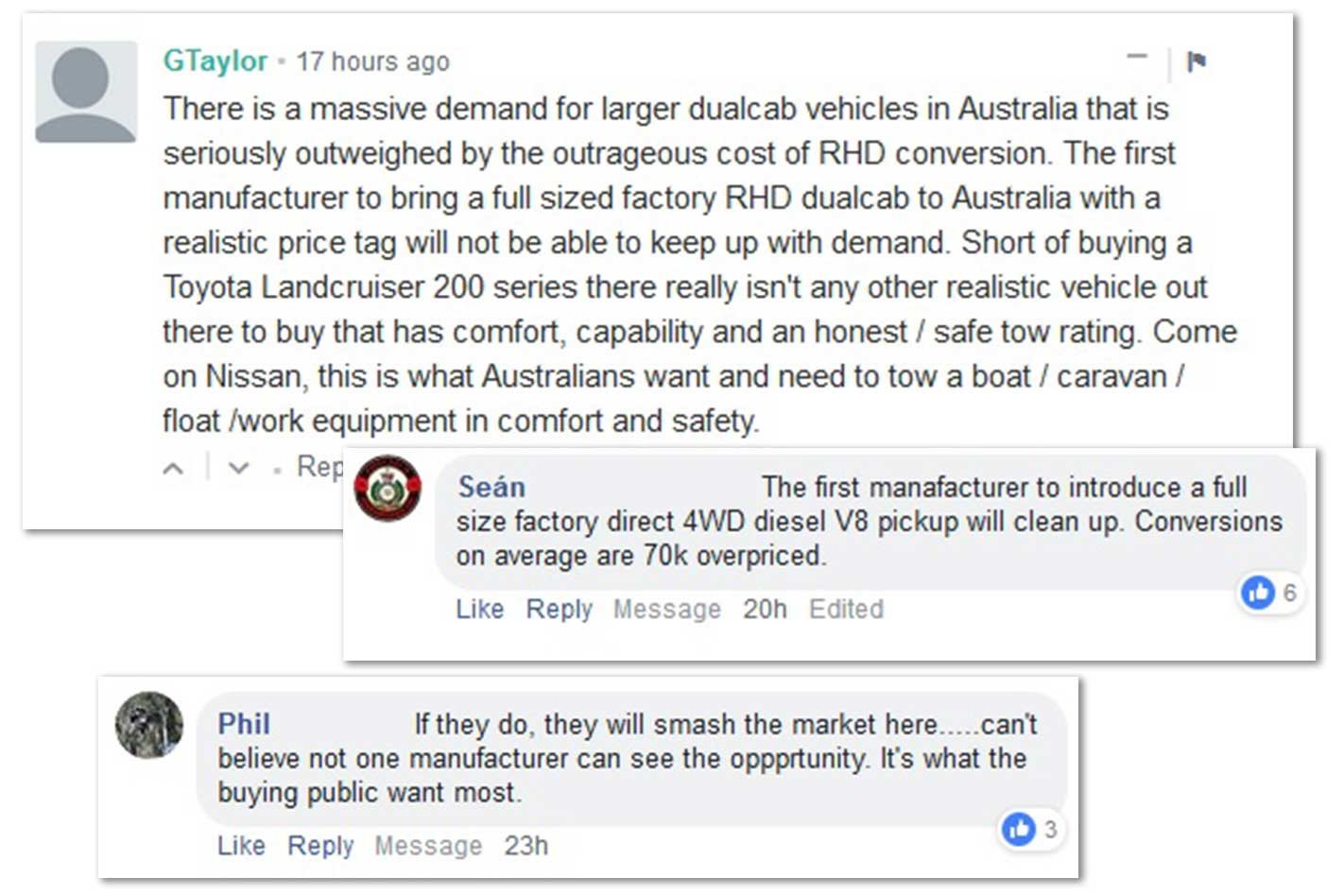 Picture: Comments from our readers on social media

Aftermarket companies around Australia are making a motza chopping up wagons such as LandCruisers, stretching the wheelbase of them and creating full-size utes with large comfortable interiors capable of travelling the rough roads of this big country.

At the same time, other companies are flat-out doing the left- to right-hand drive conversions on trucks and muscle cars for Aussie buyers. Whether there are enough of those buyers here to push the car companies to build the cars RHD from the start remains to be seen. So will we see a right-hook Titan here from Nissan anytime soon? I’d love to be proven wrong, but I doubt it.

Tell us your thoughts below: Are full-size factory-direct RHD 4x4s a viable option for manufacturers?