Cars for families with four kids

Family car alternatives for four kids – that aren’t a van.

When one child comes along, the two-door or two-seater typically gets the flick. Two kids? Well, that’s manageable in most cars with a decent second row. When the third comes along, it’s usually time to explore even larger automotive alternatives. Expand the tribe to four or more kids, and the options are truly limited.

Three rows and a big boot are now a necessity, and many will tell you it’s time to upgrade (or, in the opinion of many a dedicated car enthusiast, downgrade) to a van. 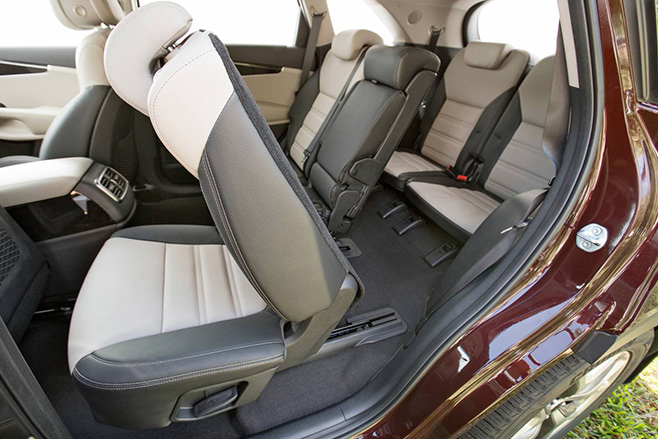 These days, four-plus kids do not automatically mean the trusty Toyota Tarago is first on the shopping list. Vans have come a long way, too, but for some active families, it may not be the best option. SUVs can go further into the bush, can tow the caravan or boat; and a SUV’s split tailgate is forever useful as a makeshift change table/lunch stop, bench/storage bin and for piling bag after bag on top of one another (and all while saving your back).

Depending on your budget, a new SUV with three rows and a boot – to boot – could still work, depending on your needs. The key is to start at the back and move forward. The boot will most often be the deciding factor; particularly with four munchkins. The amount of stuff needed for even a basic family outing is tremendous – more so if their ages span several years. Throw scooters in with double prams and you will need every cubic centimeter. 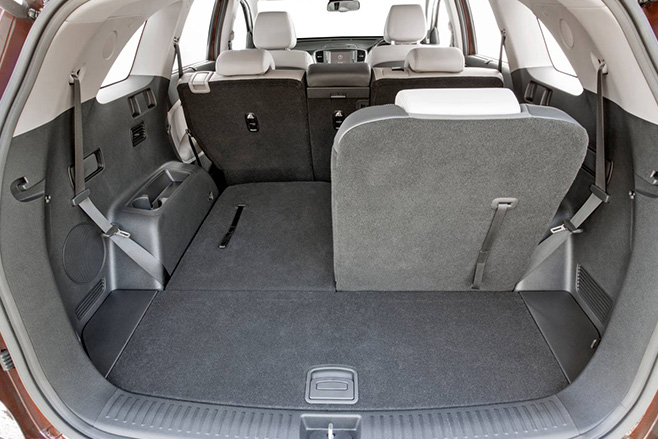 Some assume that roof racks and/or a pod will solve the storage problem, but it shouldn’t be the solution to boot space. They’re great for trips on the open road, but in everyday practice these options are hard to reach, difficult to pack, and gives parking in most underground garages – not to mention your own home carport – an added degree of unnecessary difficulty.

Most – if not all – modern 7-seaters have two individual seats in the third row (rather than a bench seat), which means the split-fold can be utilised for a passenger on one side, and some extra boot space on the other. However, care must be taken to secure any items in and around the boot if a passenger is to be sharing the space with the luggage. This is where tie-downs and hook points come in very handy – be sure to look for them. 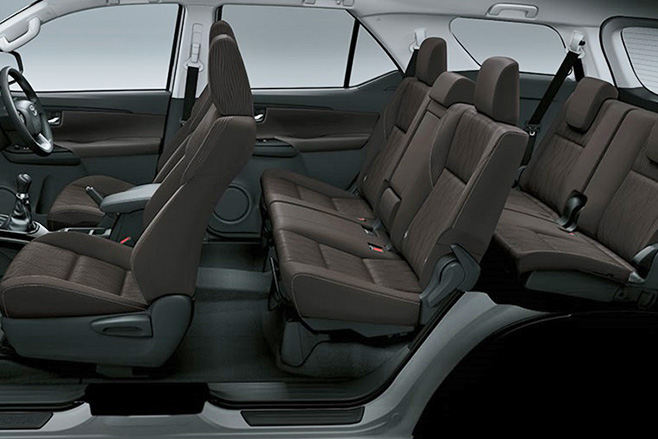 Access in and out of that third row is also very important, and not just for the person using it. An older child may be able to clamber unassisted into the third row themselves, provided they aren’t so big as to be travelling with their knees near their ears given the footwell restrictions of third-row seating. But many families will find the two hands needed for the folding mechanisms of the second row of seats can be too hard to manage if babes are still in arms. Many smart SUVs including Holden’s Colorado 7, Ford’s Everest and Toyota’s Fortuner boast clever cantilevered second rows which ‘should’ be able to be flicked down with one hand, making ingress to row three easier. Mercedes-Benz’s new GLS has an electronic button-touch fold to stow the second row. But what if you have car seats in the second row?

With boosters recommended until the child is seven years of age, or 145cm in height, it’s highly likely that the second row will be full of them. This eliminates the ability of smart seats to fold at all. The only alternative is to narrow down the car search, then, as you approach your final decision, measure how much space you will need to open up the third row with your current car seats. If you want, perhaps even drag your car seat to the showroom and physically see if it will work, or investigate whether a more compact car seat may be needed. 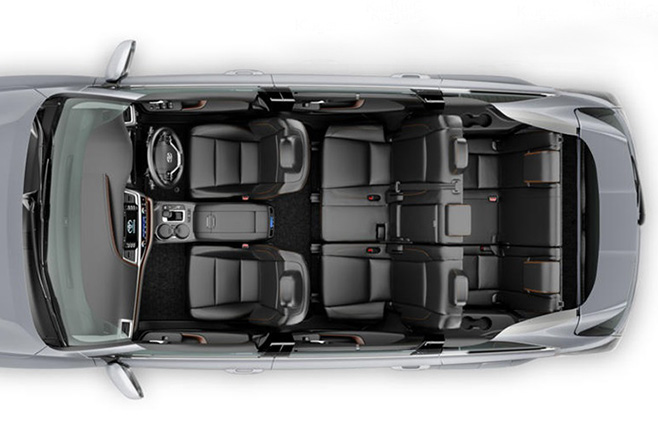 It’s vital that you check the anchor points to see if any fixtures or bars will need to be fitted as well. Life has been made far easier in this respect due to the easier Isofix system being (finally) allowed in Oz, but your child seats may not be as up to date as your new car.

So, where to start shopping? Toyota have the largest range of SUV models equipped to accommodate the bigger families, with the good ol’ Landcruiser and Landcruiser Prado offering some decent boot space behind three rows of seats. The keener-priced Toyota Kluger and Fortuner only have 195L and 200L respectively in the boot behind three rows (for context, a small hatch can be double this size), and while seating is capacious, the boot may not be enough for big prams and other paraphernalia. 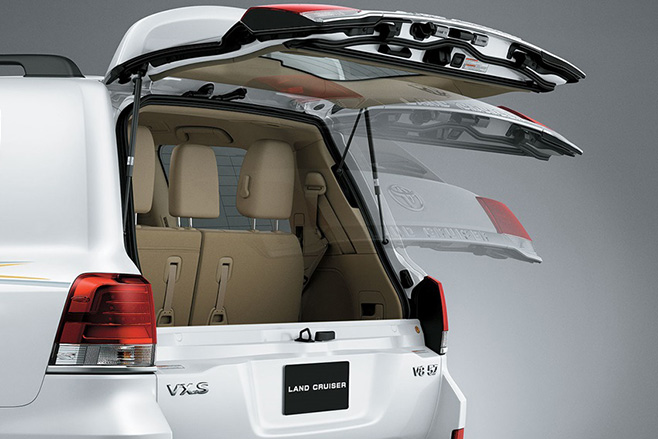 The aforementioned Ford Everest and Holden Colorado 7 are two more affordable and clever SUVs with decent third rows; the former boasting a power-fold that flicks the third row down at the touch of a button, the latter with compact quick-folding second row for easy entry to the third-row seating. Kia’s Sorento is a fabulous family car option with decent third row seating, and a clever door design that opens up the ingress to the rear of the car, though the boot would be too small for some.

If it’s luxury you want – and can afford – the Audi Q7, Mercedes-Benz GLS and Land Rover Discovery are smart three-row cars that retain some boot space with seven aboard, and the new Volvo XC90 is also super-smart in its packaging and features a built-in booster seat in the middle seat of the second row, but entry to that third row is tight.

Ultimately, the key to fitting four in to a SUV is research, trial and error, and a little bit of compromise, but it can be done.