BULLITT is a low-key, gritty action thriller but the car chase is the movie's highlight

PASSED down through the generations like a vehicular rite of passage, Bullitt is famous for having the coolest car chase in movies – it may come as a surprise that there are actually another 104 minutes to this film. 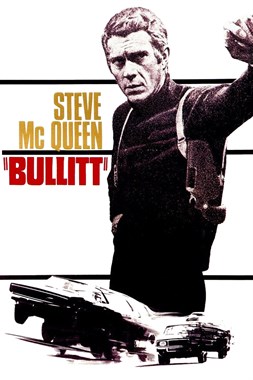 Ball-busting police captain Sam Bennett (Simon Oakland) is the meat in the political sandwich, trying hard to appease the powerful Chalmers but trusting in Bullitt and giving him a no-questions-asked free reign to pursue the case.

Bullitt opens a fresh investigation, uncovering an intricate web of deceit and decoys that ultimately leads him to the attention of two hitmen (Bill Hickman, Paul Genge) in a black Dodge Charger. Set to the climax-building Lalo Schifrin tune Shifting Gears, Bullitt, in his ’68 Mustang Fastback, flips the tail on the hitmen, with Hickman’s classic click-and-tighten of his lap belt signalling the start of a lengthy and visually dramatic car chase through the San Francisco streets. The chase reaches a fiery climax when Bullitt forces the Charger off the road and into a petrol station, killing both hitmen and leaving Bullitt to face the wrath of his captain.

Frank Bullitt is unquestionably Steve McQueen’s defining role; he’s ice-cool and aloof, with a power and screen presence that requires little dialogue. Flashbacks to happier times with girlfriend Cathy (Jacqueline Bisset) are interjected to explain some of Bullitt’s underlying pain. 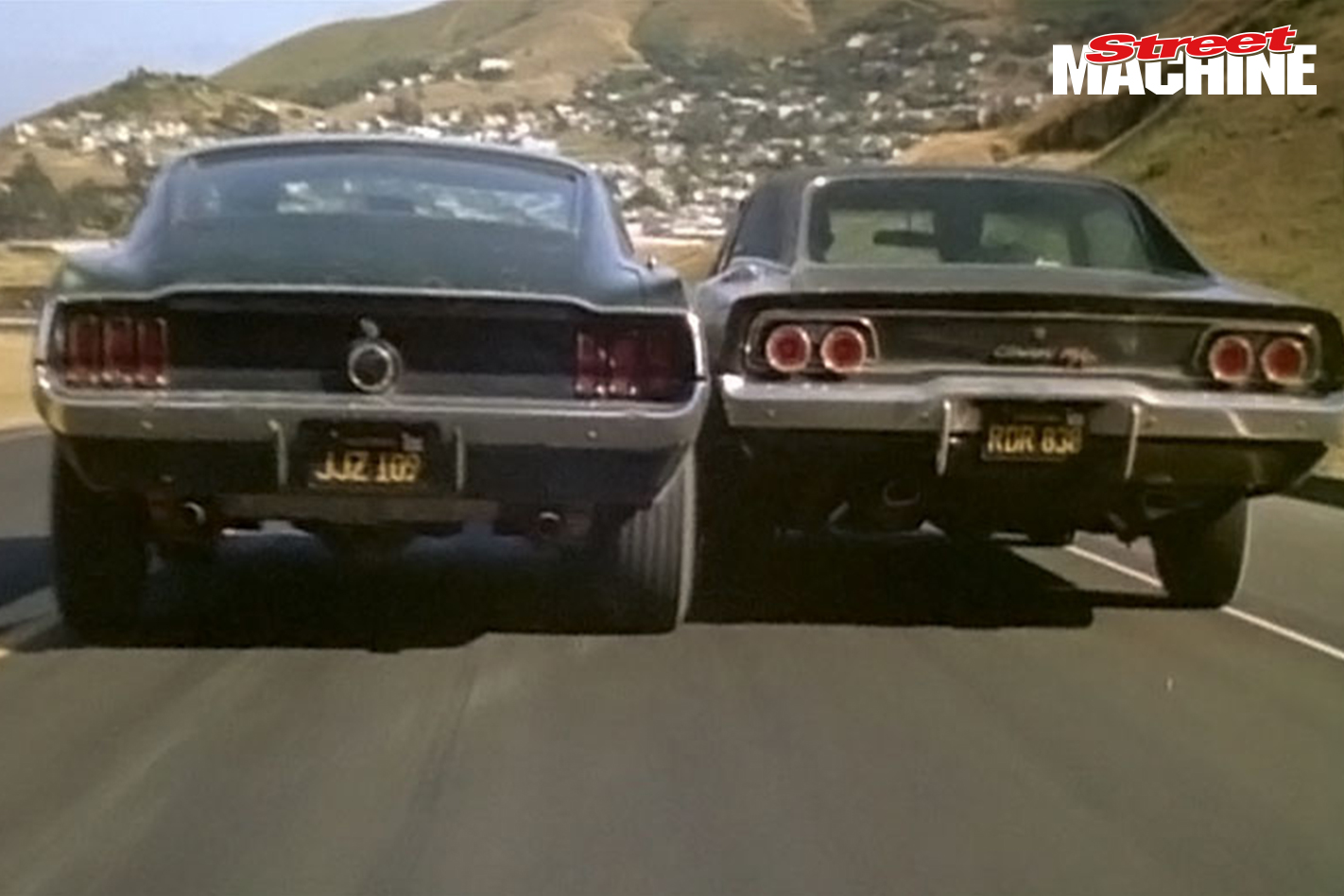 McQueen’s obsession with perfecting the detail in his roles can be seen in his use of a high-mounted quick-draw gun holster, fashioned on that of a real-life detective he befriended, and famously kicking in the front guard of the Mustang and leaving it grubby to give the impression of a city cop that had neither the time nor money to take care of it properly. 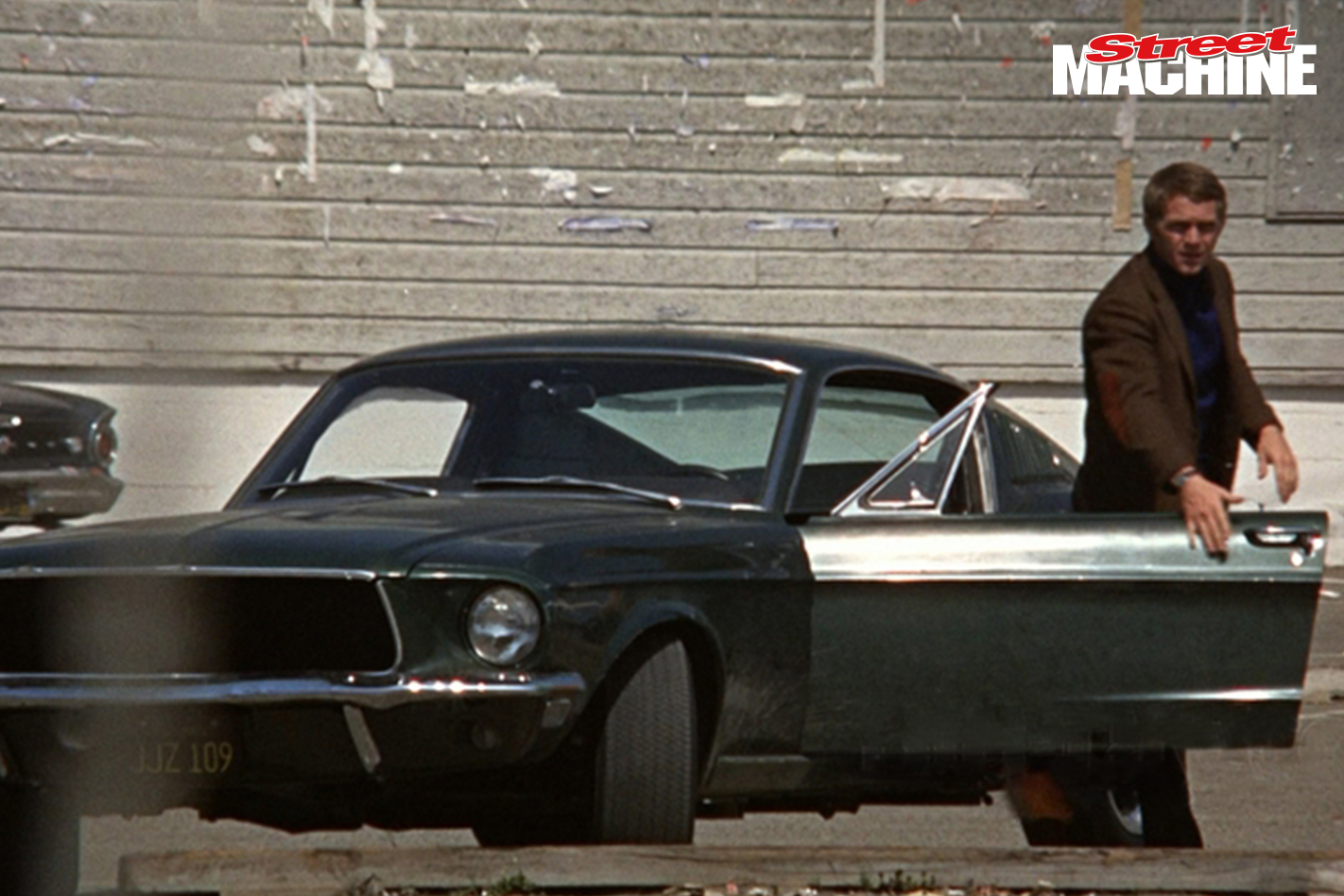 BULLITT is a low-key, gritty action thriller that was a box office smash back in the day. As expected, McQueen is stylish and uber-cool, but of course the car chase is well and truly the film’s highlight, doing much to seal both the legend of, and rivalry between, the Ford Mustang and the Dodge Charger. 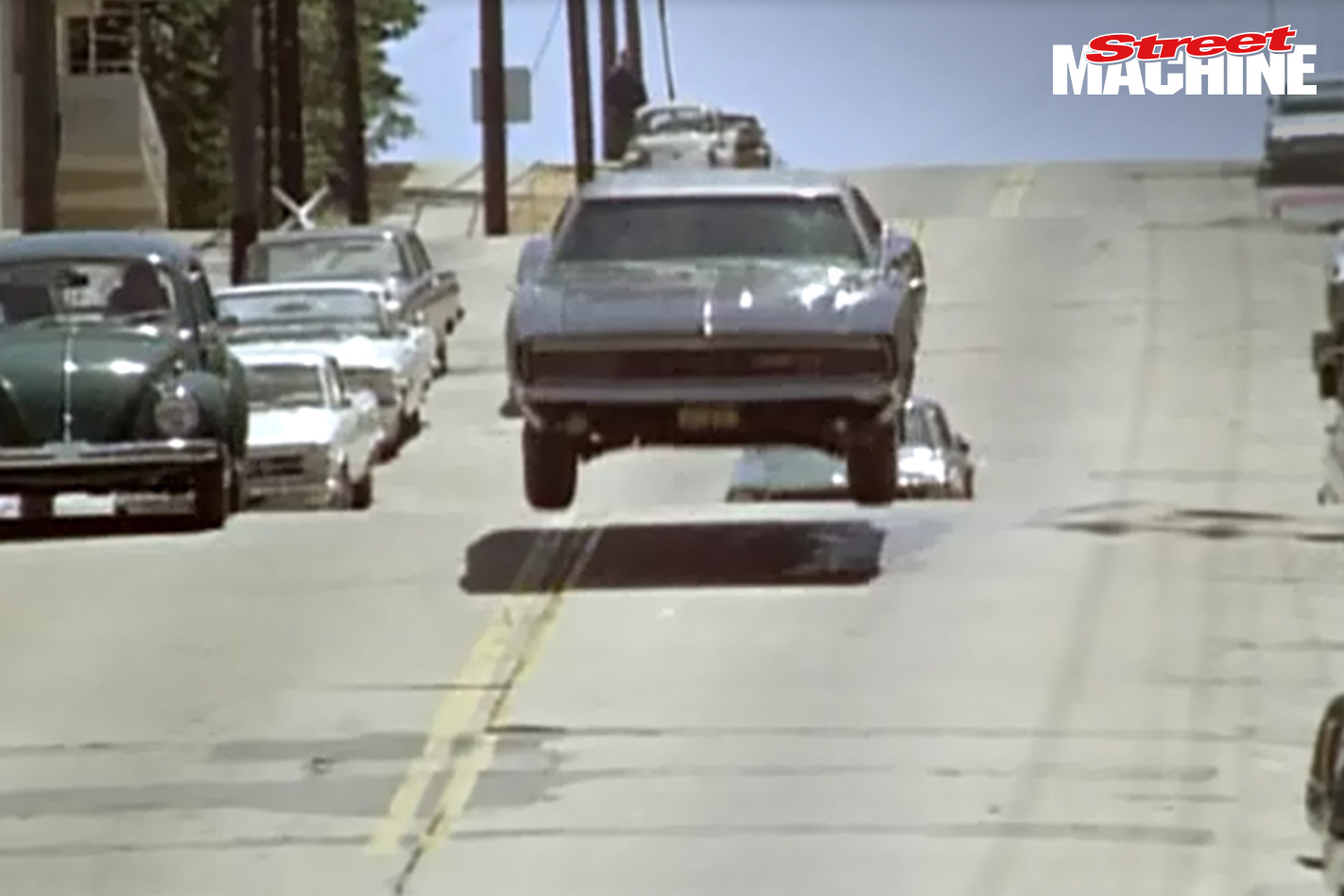 The famous scene with McQueen reverse axle-tramping the Mustang was accidental after he overshot the corner – it was included in the final cut to add an extra element of realism to the car chase.