From one-third scale model to killer fibreglass custom, see how it was done

UNLIKE most custom-car projects Efijy began from a clean sheet of paper. When most customs are created from an existing production car, Holden’s glam show car began in the fertile mind of its creator, Holden head designer Richard Ferlazzo.

Ferlazzo didn’t follow the time-honoured process used by the great metal-men of the past; his method was the normal one used by car designers the world over when creating the models of the future. 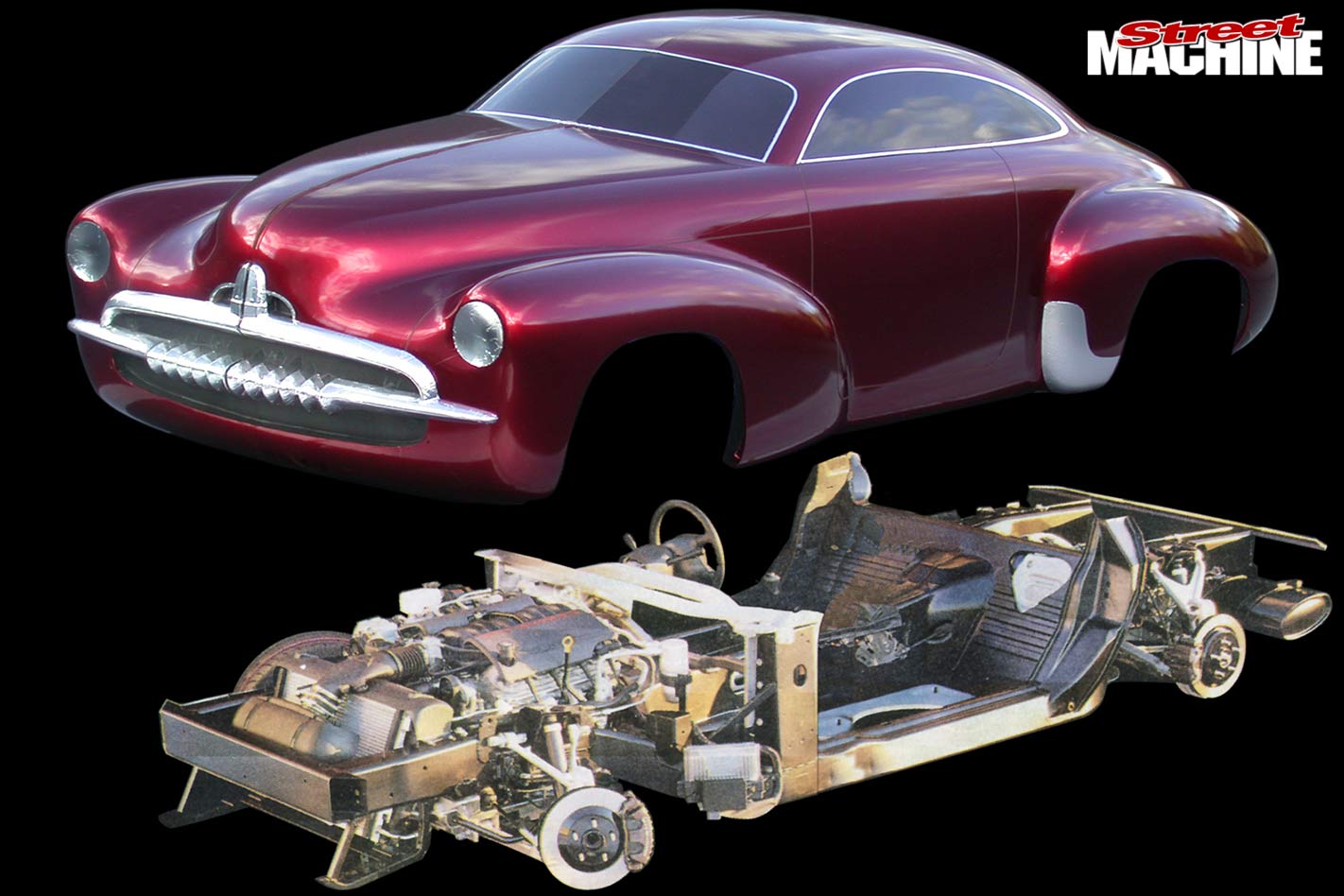 While Efijy wowed all those who saw it, it is in all reality a show car of the sort that is unveiled at any motor show around the world, the difference in the case of the Holden eye-popper being that the body is a look back at the past instead of a glimpse of the future.

Like all show cars, Efijy began to take shape in Ferlazzo’s imagination after he’d seen Larry Erickson’s wild Cadillac custom CadZZilla back in the late 1980s.

Erickson followed custom car tradition when he took a stock ’49 Cadillac coupe and stretched it, smoothed it, chopped it and dumped it to create one of the most stunning custom cars of all time.

The seed was planted, but it wasn’t until Ferlazzo found a suitable car in the form of the FJ Holden that it began to take shape in a way that was realistically possible to produce. Like the old Cadillac, the classic 50s Holden had the form that fitted the custom mould. What it lacked when compared to the ’49 Cadillac was the length, but because Ferlazzo was working from a clean sheet of paper he could create the length he needed, he wasn’t restricted by having to work from an original body as are most car crafters.

Ferlazzo’s first step was to give his idea some shape and form on paper in some sketches that pulled the concept together.

Video: We drive the Holden Efijy

From there, with the blessing of his bosses, he made a one-third scale model. That gave the three-dimensional shape and form that allowed him to refine it further before moving on to a full-size model that would be the launch pad to reality. 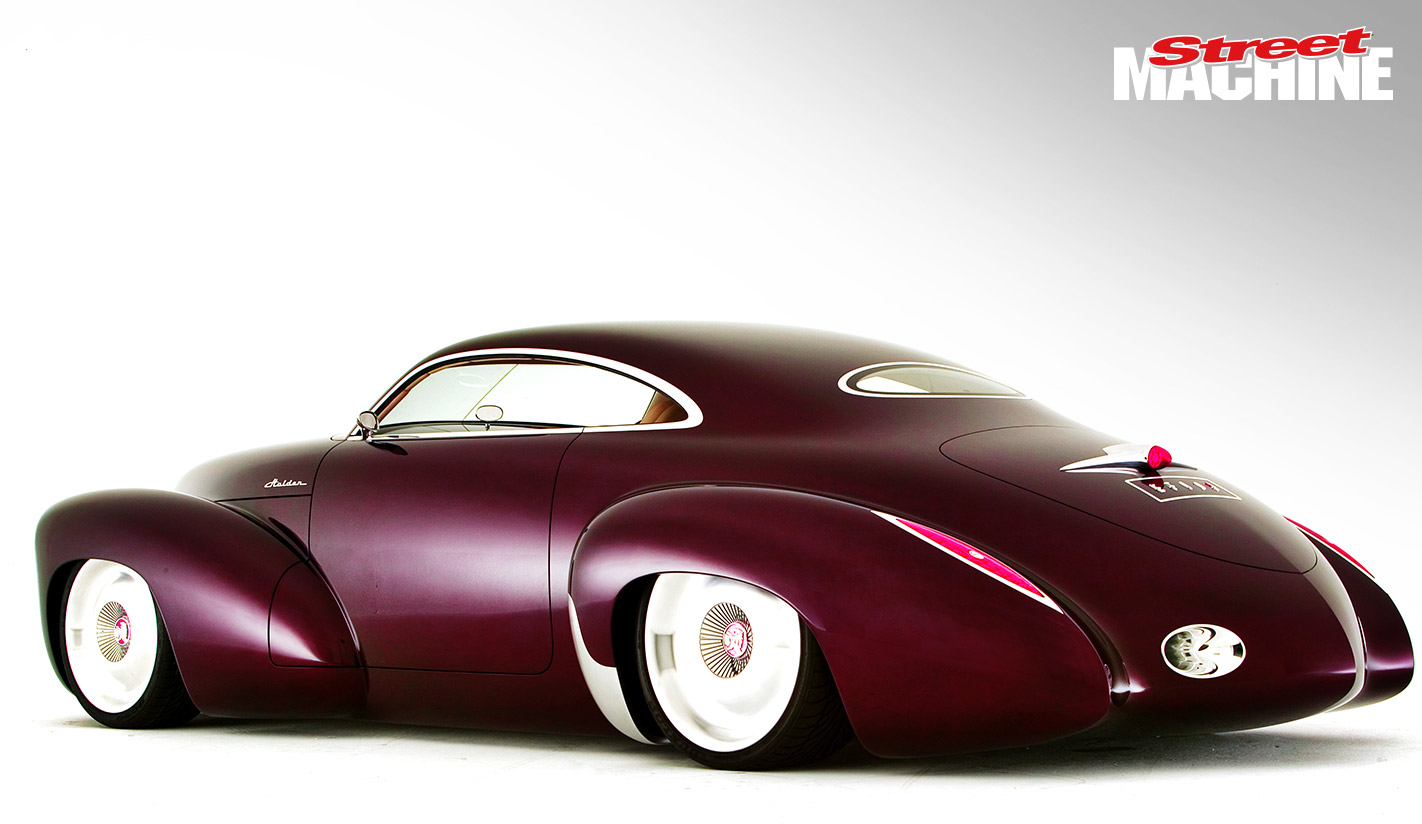 As with all cars created within a design studio, the full-sized clay is the crucial point in the project where the details of the final shape are worked out. It’s from the clay that all the dimensions are painstakingly taken to create the real body.

Built on a steel bed the core of the clay, the armature, is constructed from foam and roughly cut to shape before the clay is laid on and carefully moulded exactly to the final shape.

Once Ferlazzo was happy he’d caught the shape he wanted in the clay it was then used to create the mould from which the fibreglass body would be produced.

While the body was being produced the Efijy team was also creating the chassis which would be used under the cool FJ’s body. 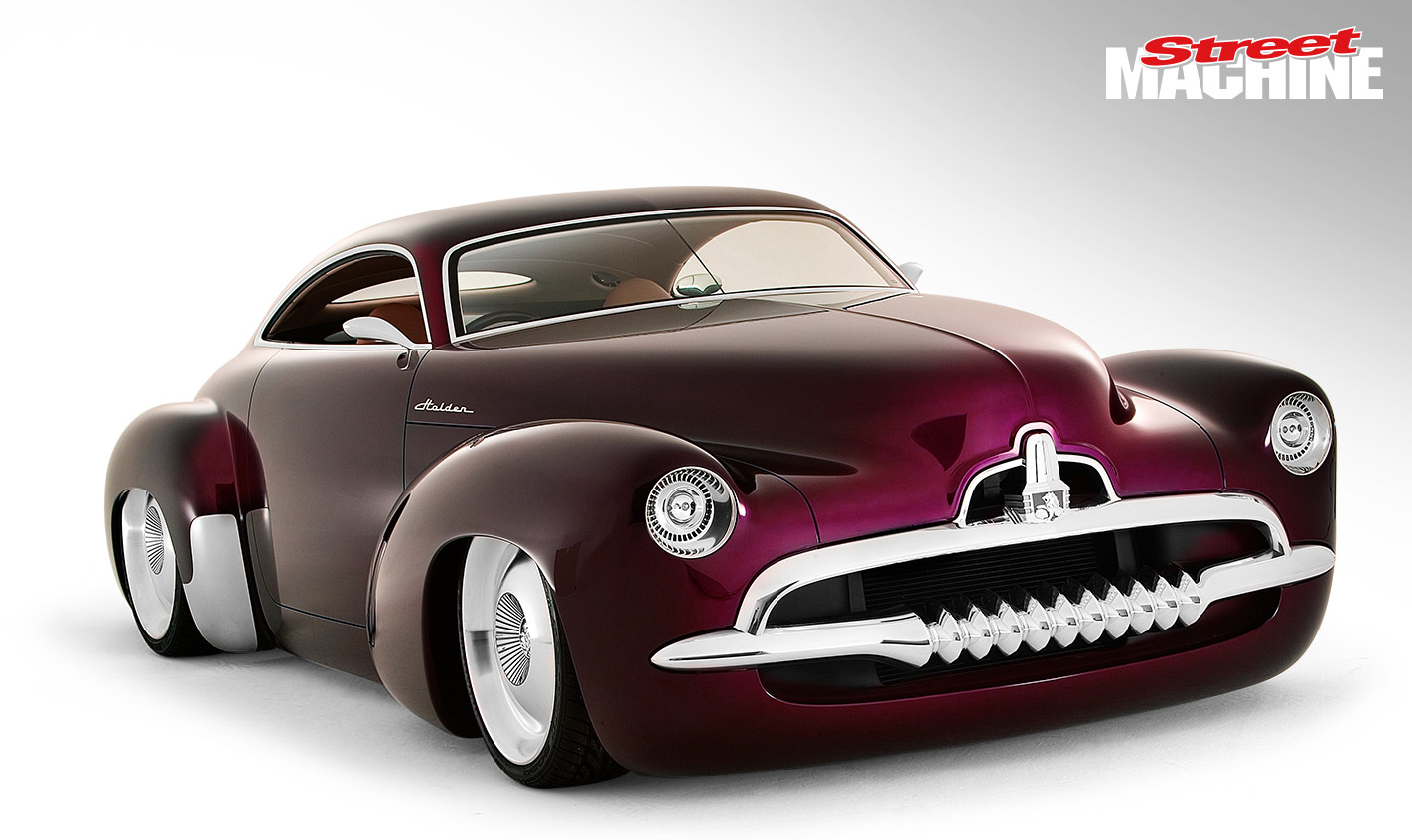 Although it’s hard to believe, cost was a crucial factor in getting approval from Holden’s management team to go ahead and build Efijy. Ferlazzo reckoned he could get it done for a couple of hundred grand and that appealed to the brass down the ’Bend.

That didn’t mean he cut corners, but it did mean he had to make use of what was at hand around Holden’s design and engineering shops such as the Corvette that had been used for testing and was scheduled to be crushed.

The Corvette’s chassis was perfect. It was designed to be a platform to accept a fibreglass body just as Efijy was conceived, it had state-of-the-art independent suspension front and rear that could be modified for airbags. Ferlazzo wanted to be able to dump it at shows, and it could be stretched to suit the longer body he was creating. 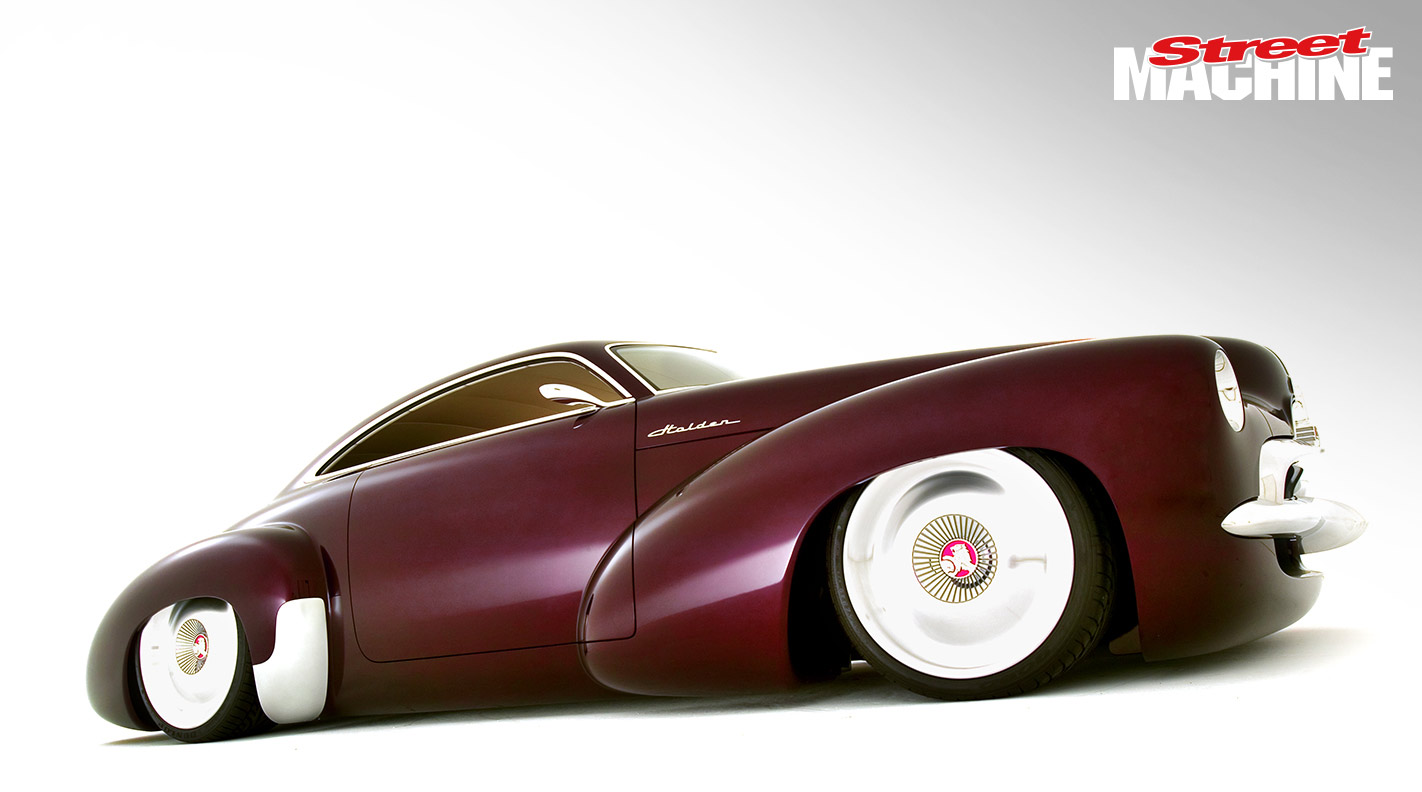 As a platform with fairly simple lengthwise chassis sections it was largely a matter of cutting it in the middle and fabricating a new section to be grafted into it, and then lengthening the torque tube to the new length to connect the LS2 engine at the front and the transaxle at the rear.

All along the way Ferlazzo called on the help of various Holden suppliers to assist in the project to keep the costs down.

One was Harrop Engineering who fitted the LS2 V8 with one of their blowers to give it its 480kW punch. They also provided the powerful stoppers and machined the slick billet alloys.

The final assembly was done in the workshops at the ’Bend where the body and chassis were mated and the myriad details sorted out to make it a going concern. 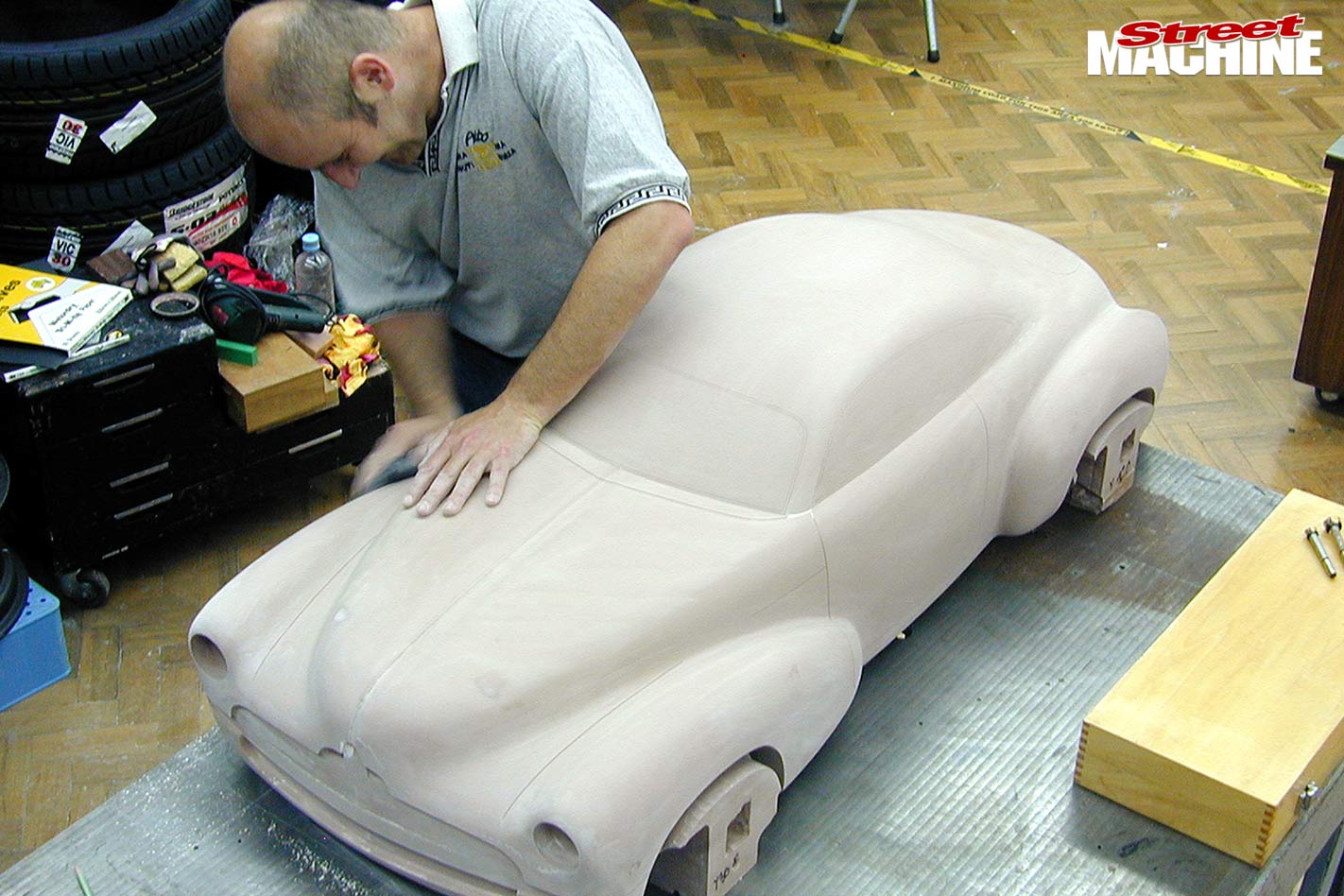 1. Creating a one-third scale model of Efijy was a key early part of the project to show Holden management just what it was Ferlazza wanted them to approve. 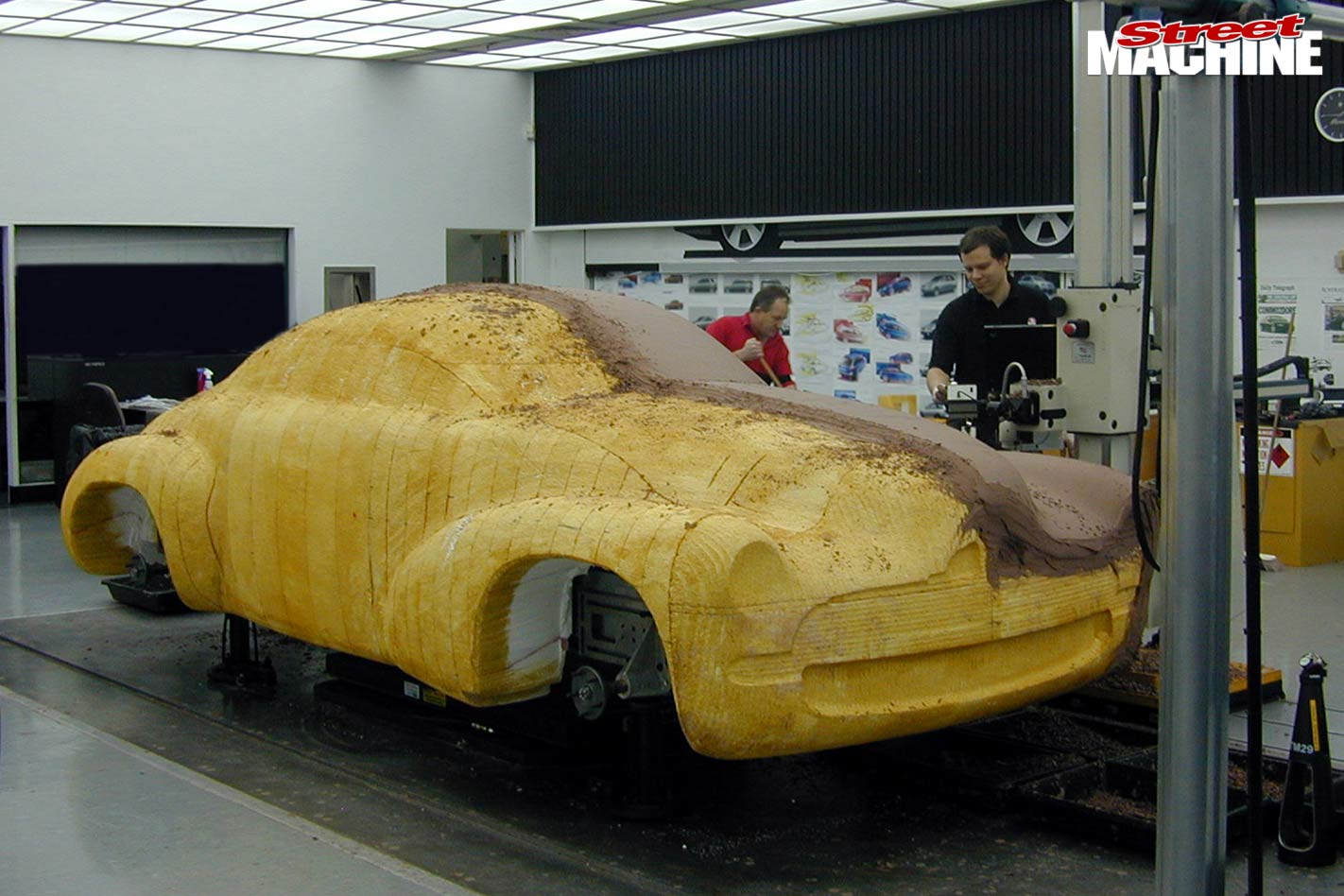 2. Playing in the clay is every custom-car maker’s dream. A full-sized clay model is another important step from the scale model in developing the final shape before the mould is taken. 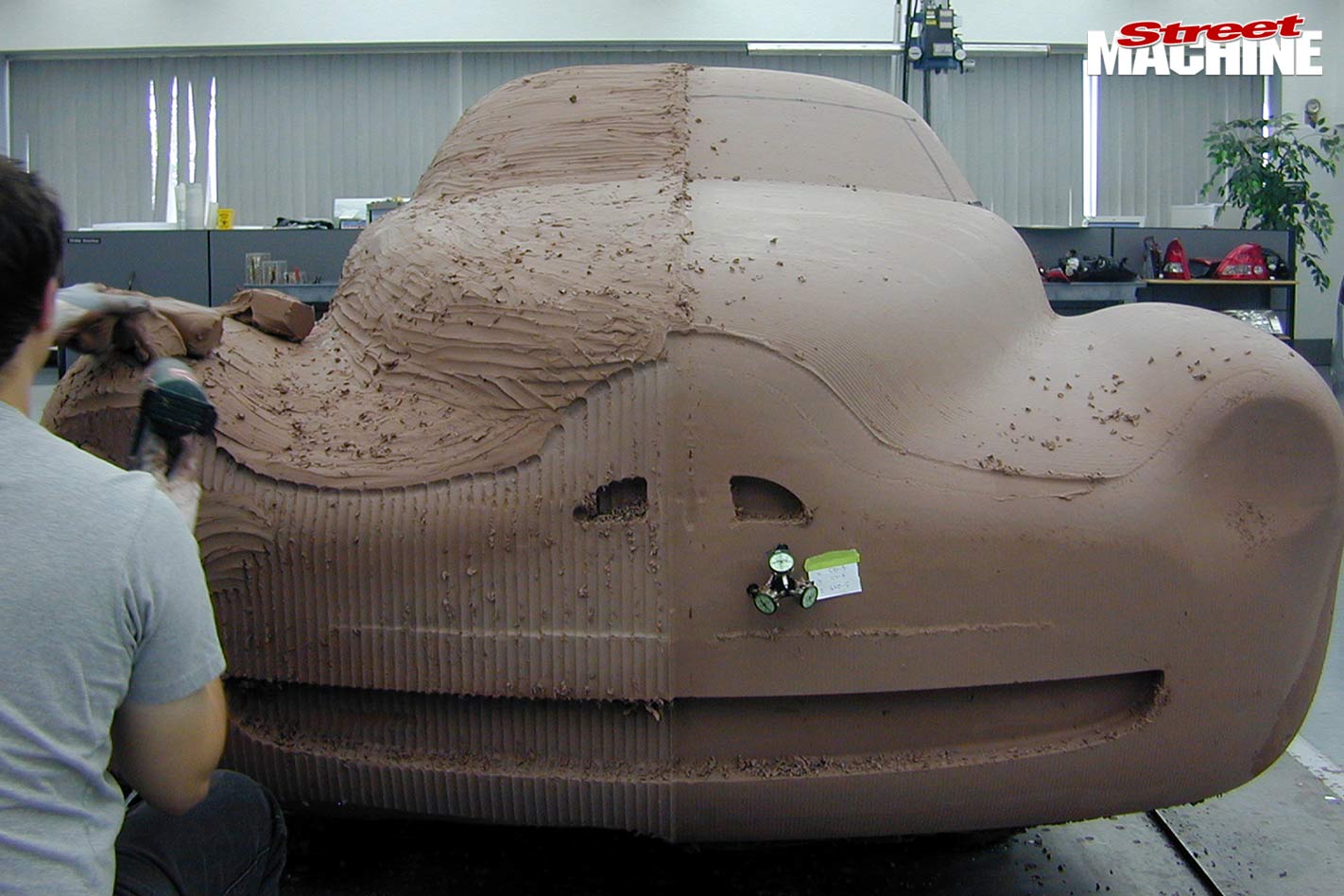 3. Shaping the clay. This is when the designers are able to make detail adjustments to the lines that weren’t possible in the one-third scale model.

4. How good is that? The finished clay shows Efijy in all its stunning glory for the first time, and it looks great. 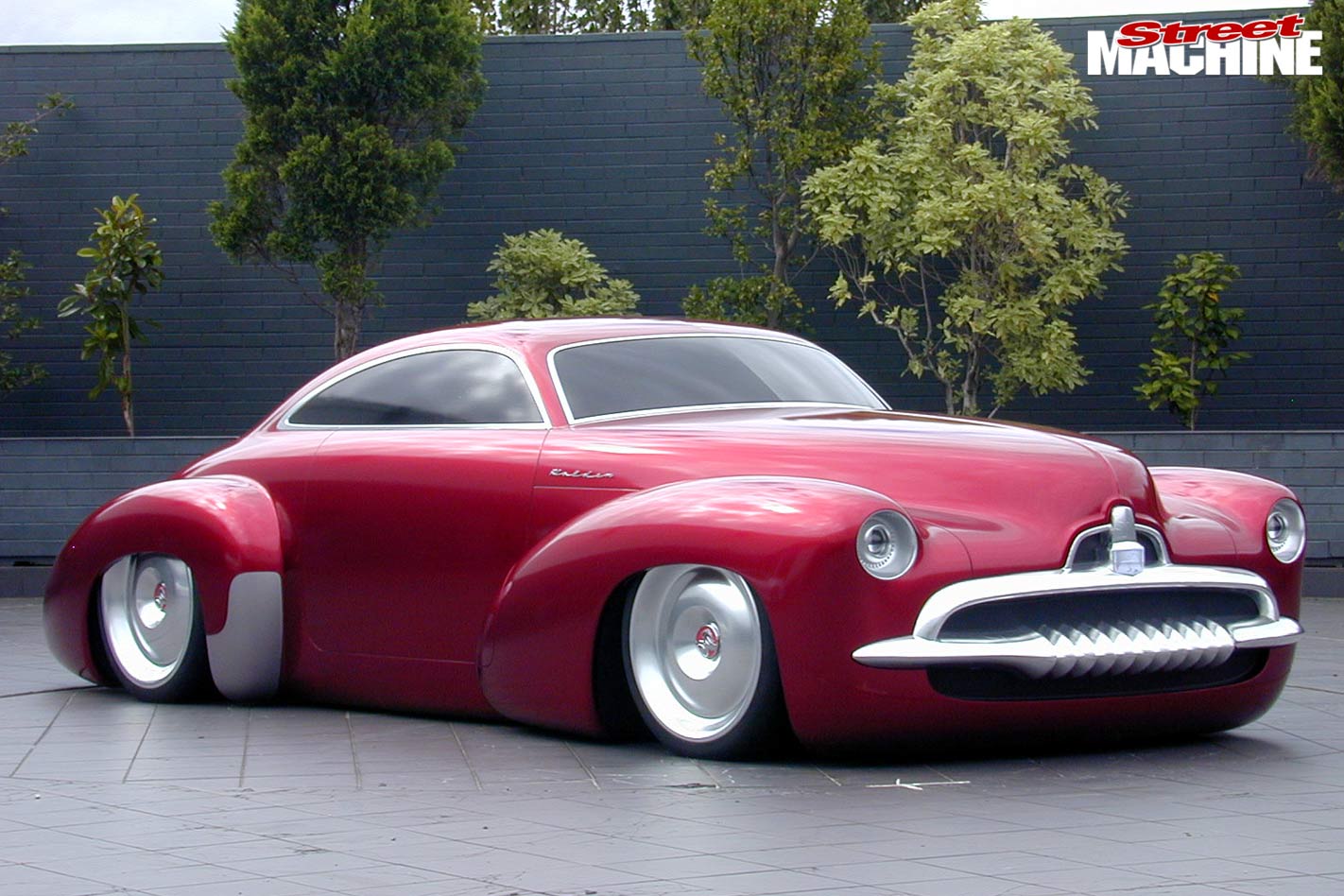 5. In full colour the full-sized clay can be viewed in daylight on Holden’s viewing pad. You wouldn’t know to look, but that’s not paint. 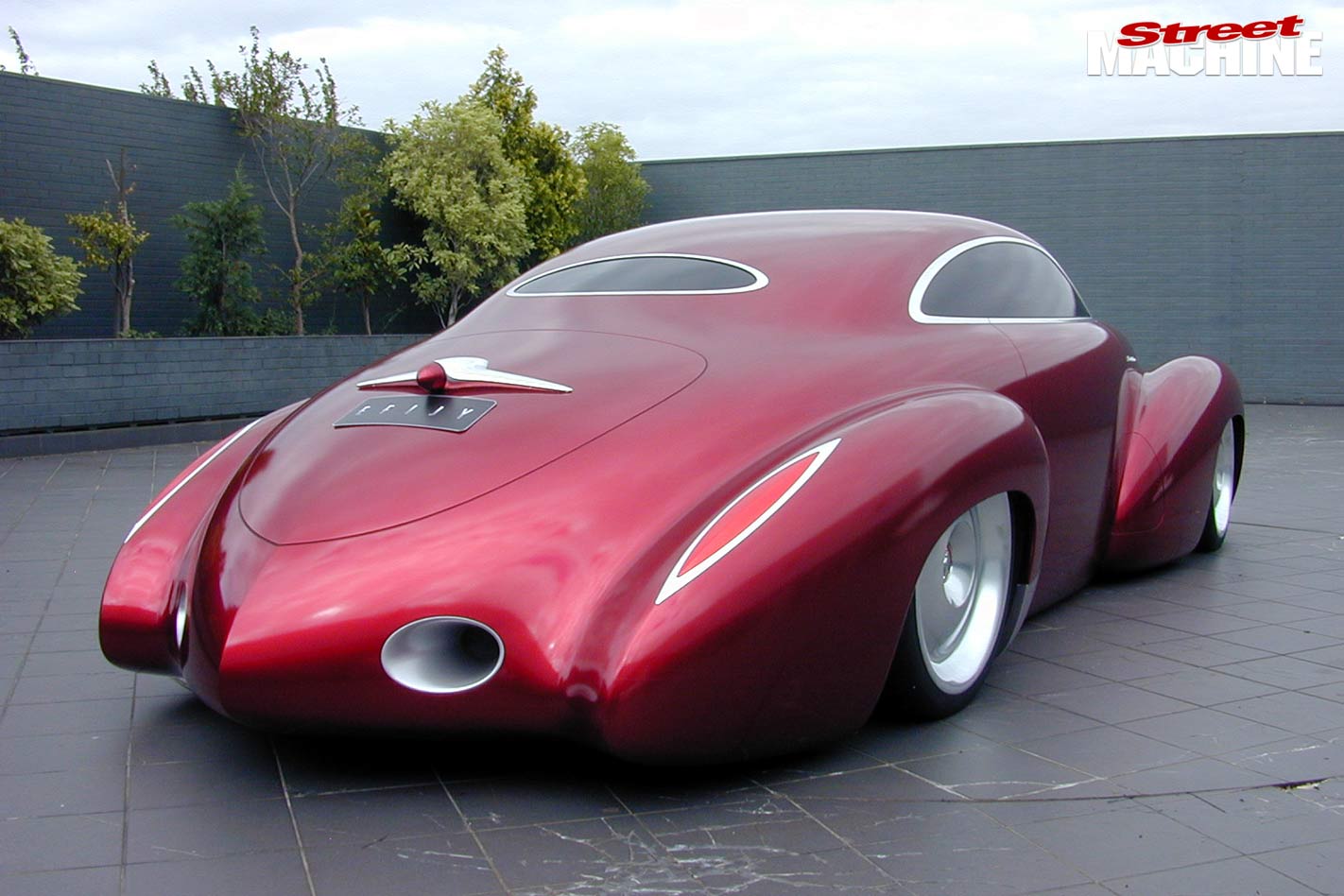 It’s actually a thin plastic membrane called DiNoc – an adhesive-backed film that is soaked in water and applied like a decal. This is then removed when it’s time to make the moulds. 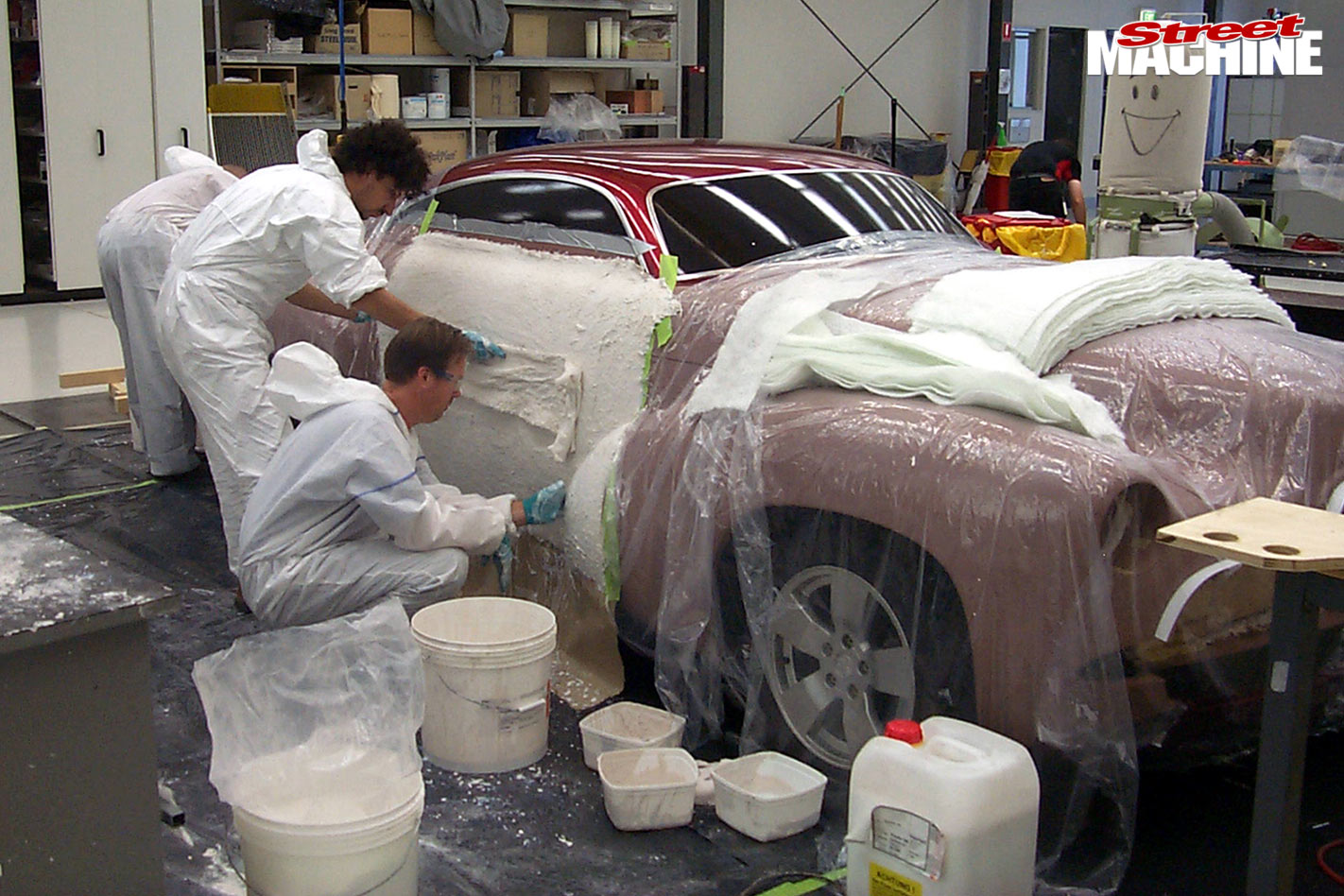 6. Taking moulds of the hanging panels – the doors, bonnet, boot lid – for the production of the final parts. You can see quite clearly that the DiNoc has been removed from the parts that are being worked on. 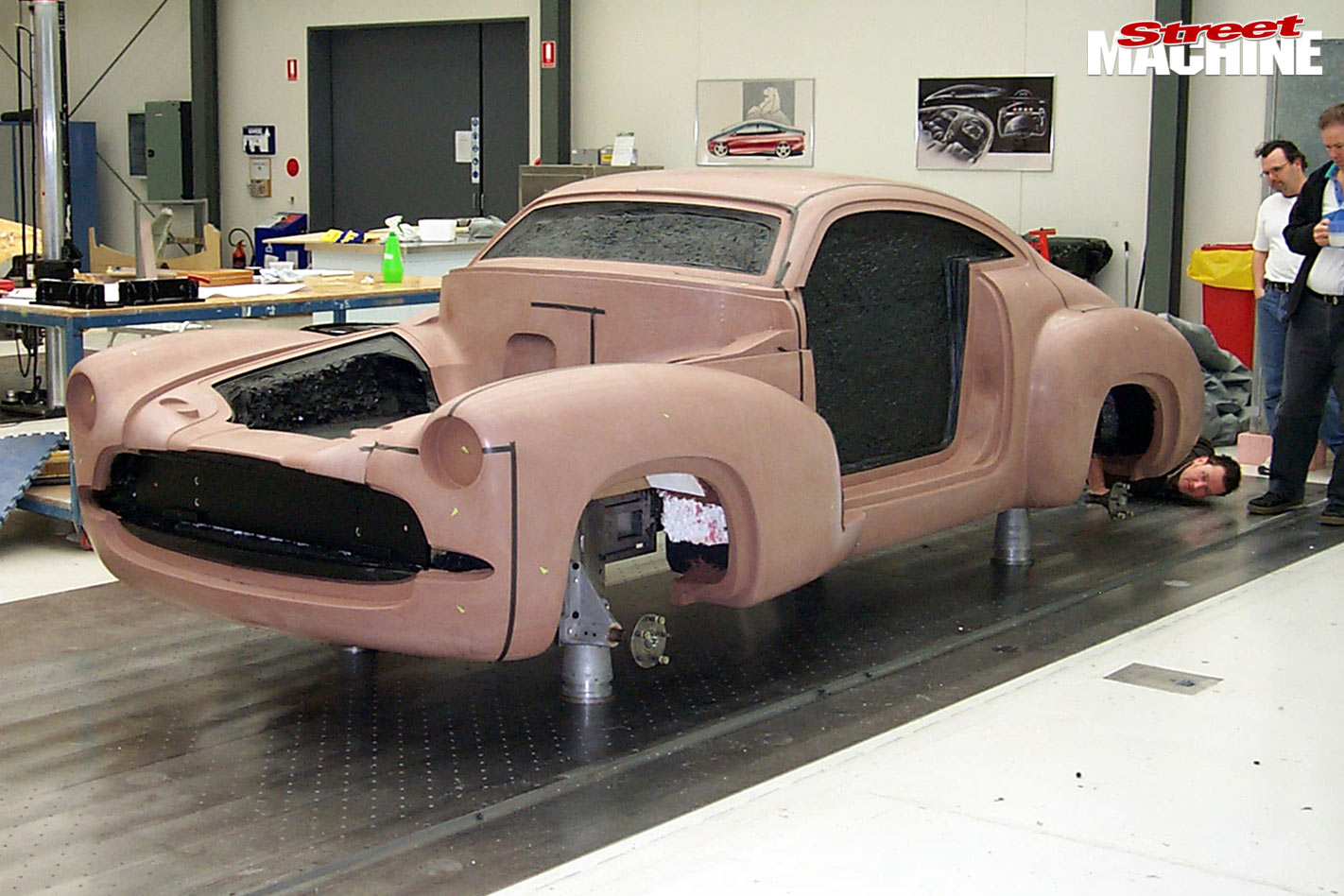 7. With the DiNoc removed, the same full-sized clay then has the apertures cut in for the bonnet, boot and doors. The body is very strong due to the internal fibreglass panels as well as the curved design. This means that very little steel is required to strengthen it. 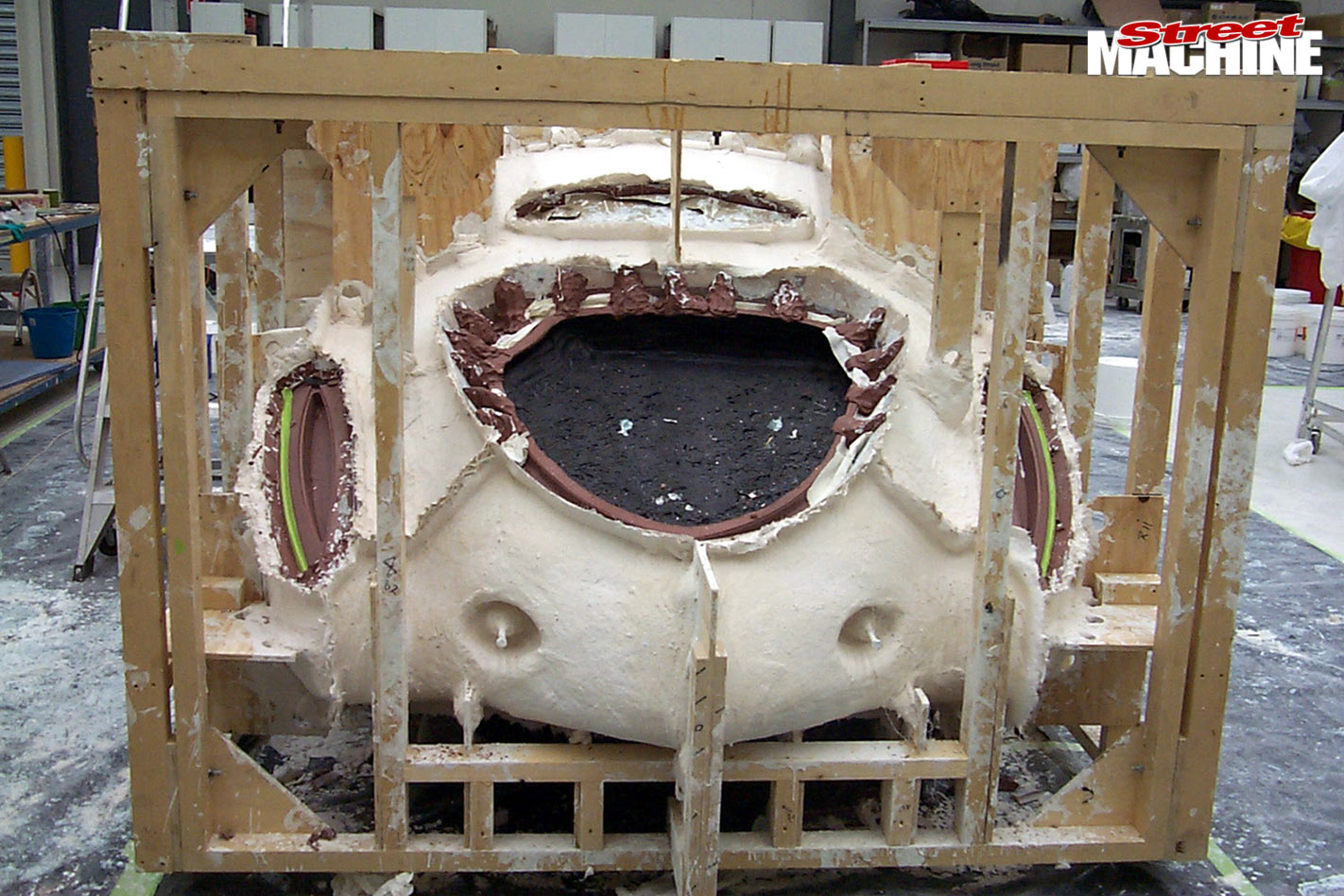 8. The mould has been assembled ready for the body to be produced. 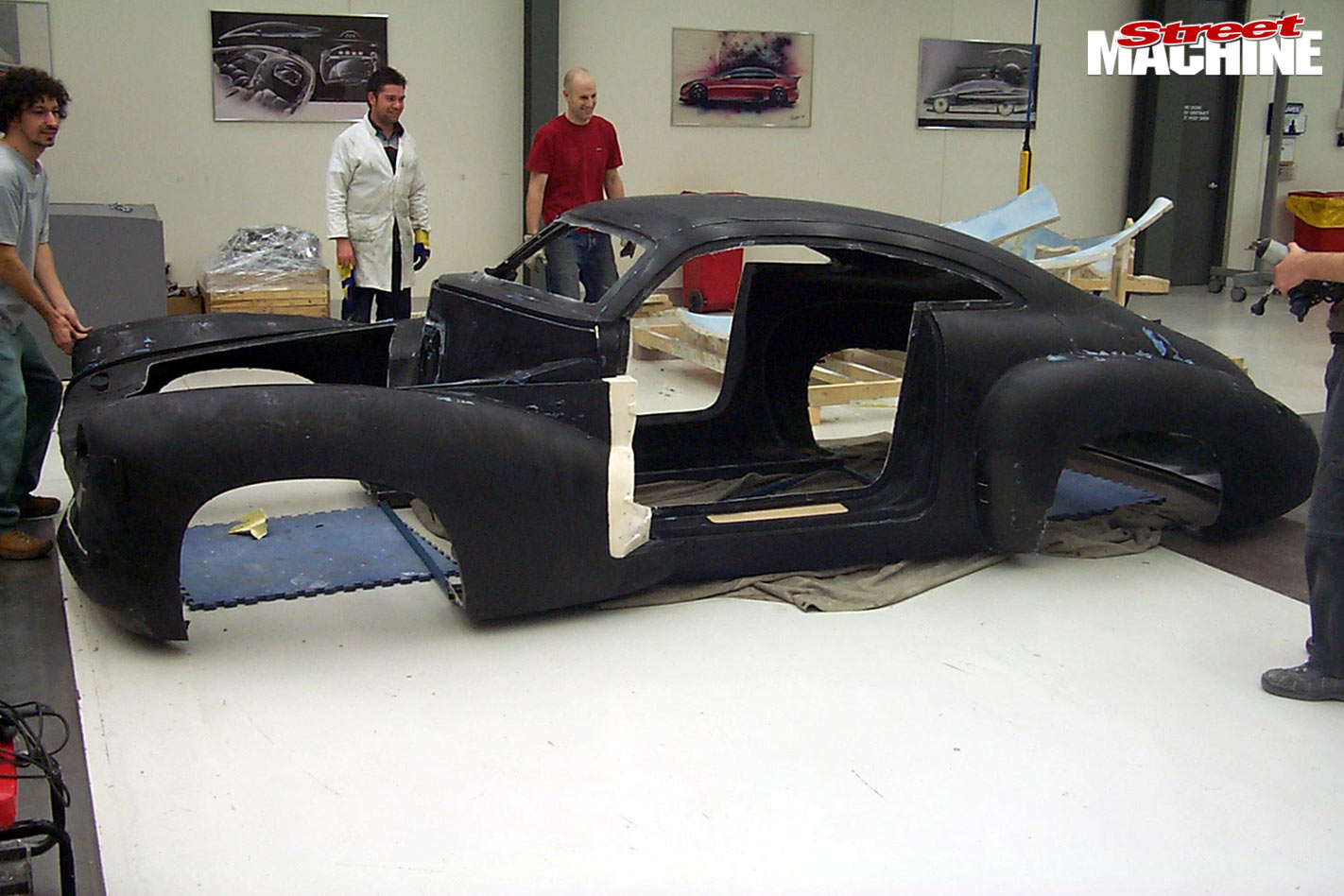 9. Efijy lives, the body is taken from the mould. In total there are 18 loose pieces that make up the finished body. 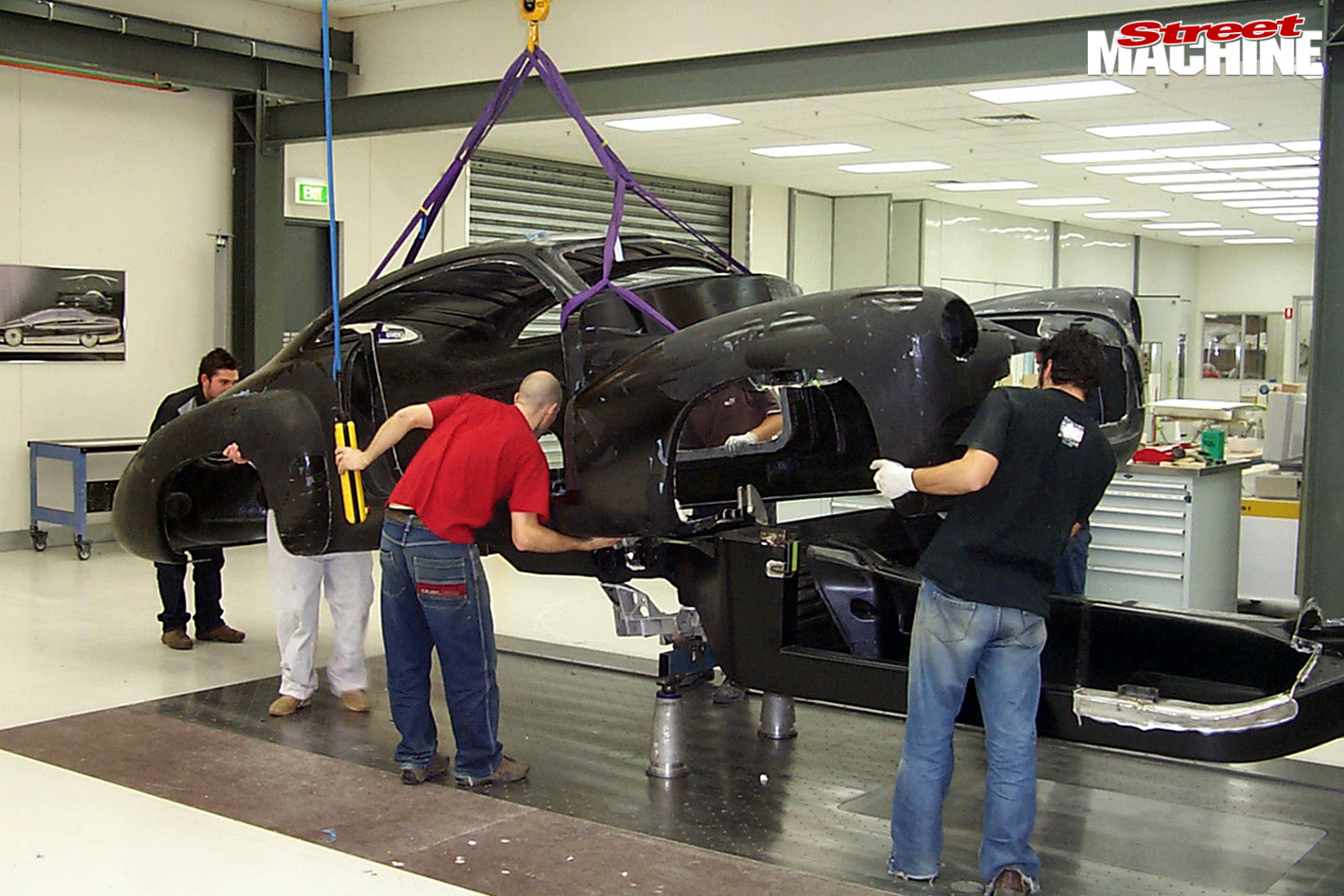 10. For the first time the body is lowered onto the extended Corvette chassis. 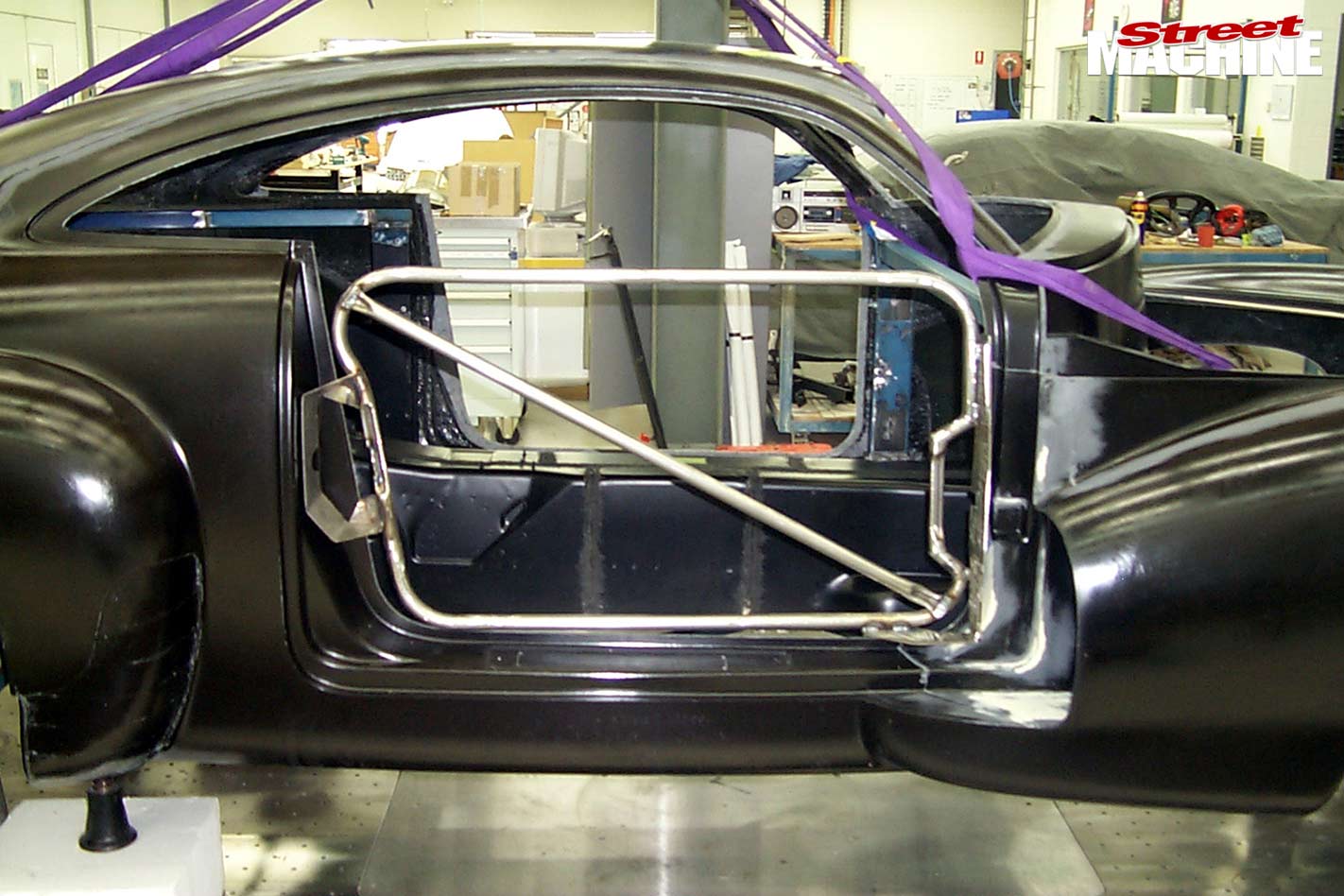 11. The body, including panels were all fibreglass, but some needed frames and mounting brackets to be fabricated. 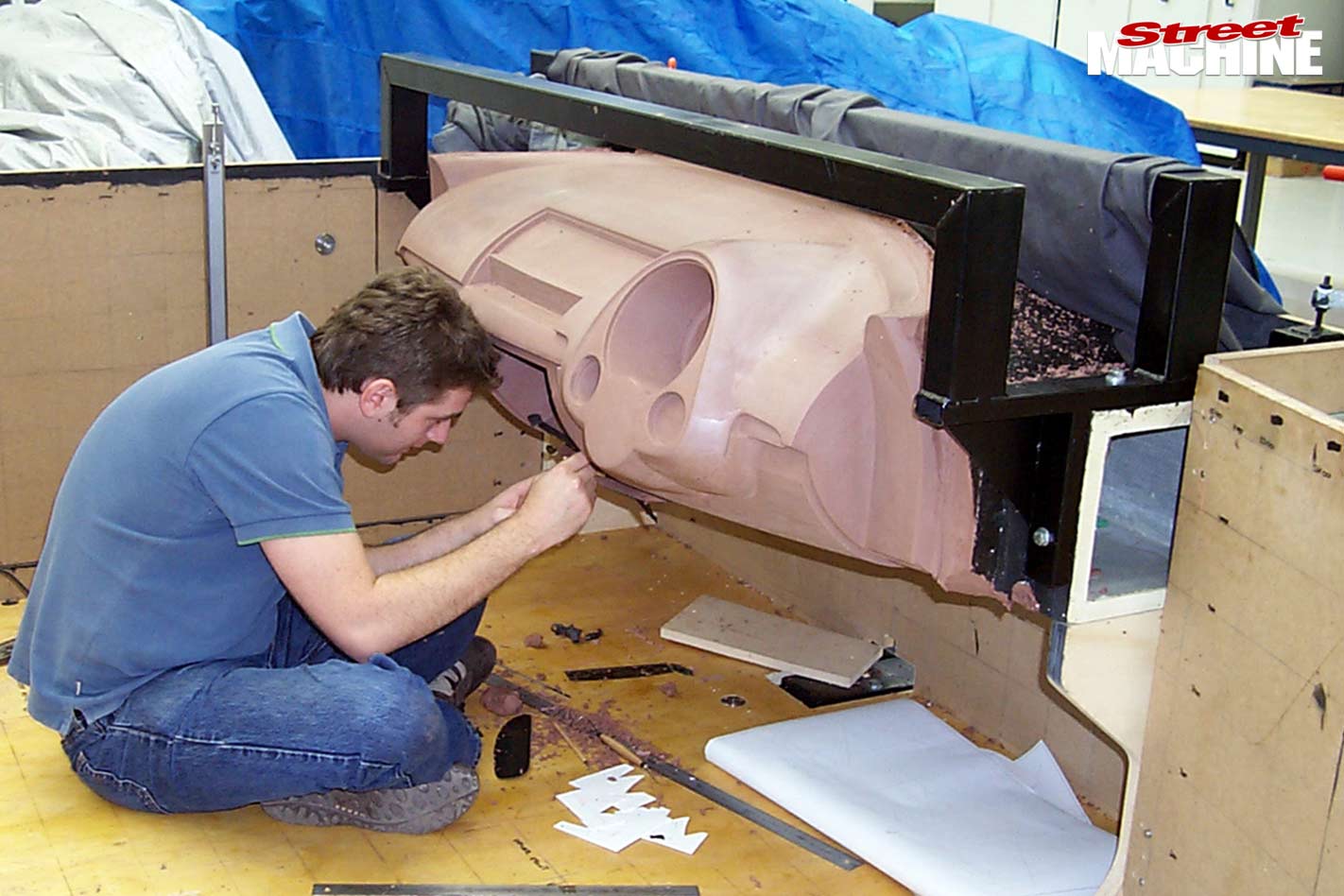 12. A full-sized clay of the interior was also needed to allow the dash and other key interior parts to be moulded. 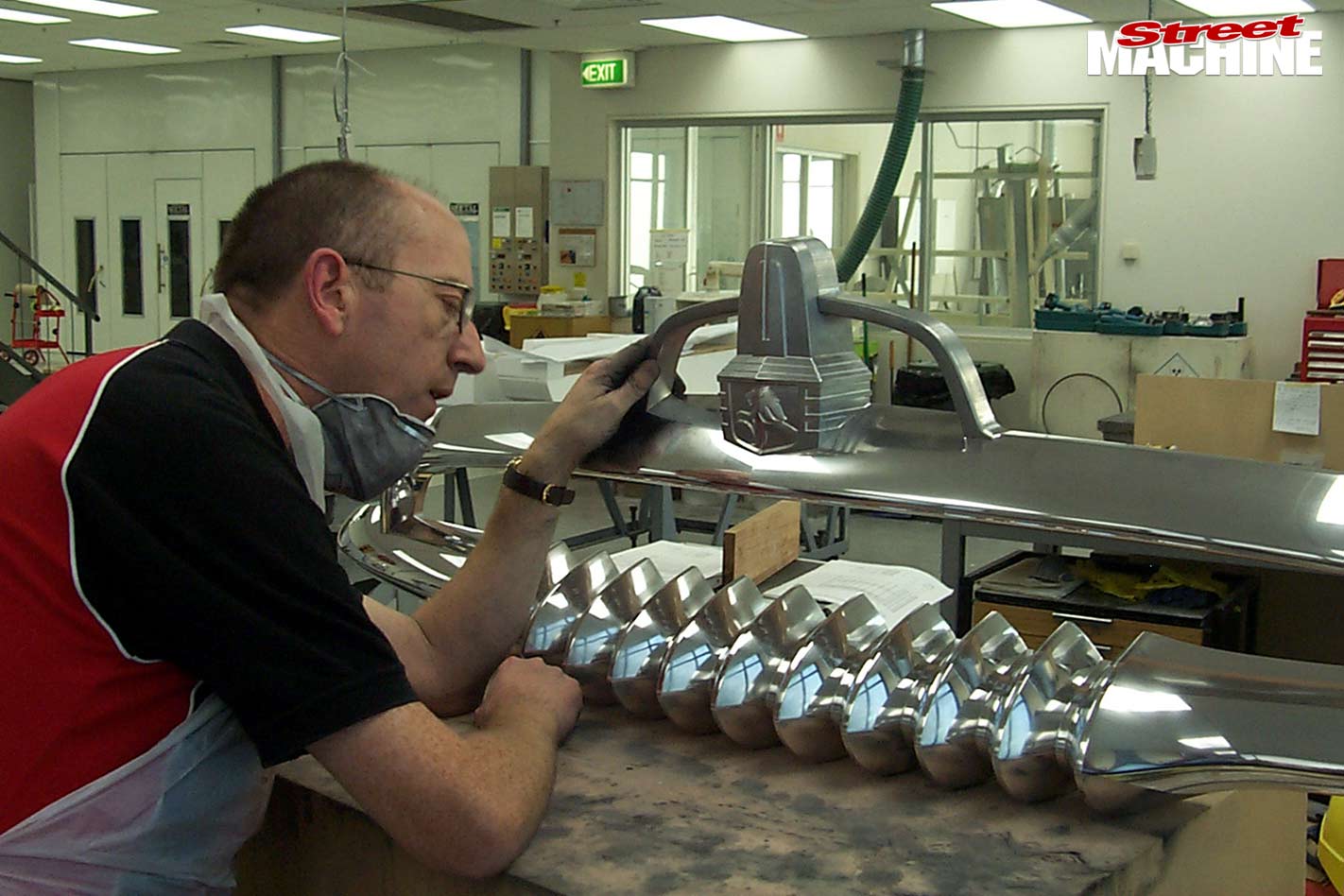 13. Hundreds of hours were put into polishing the billet body parts like the classic FJ grille to a perfect finish. 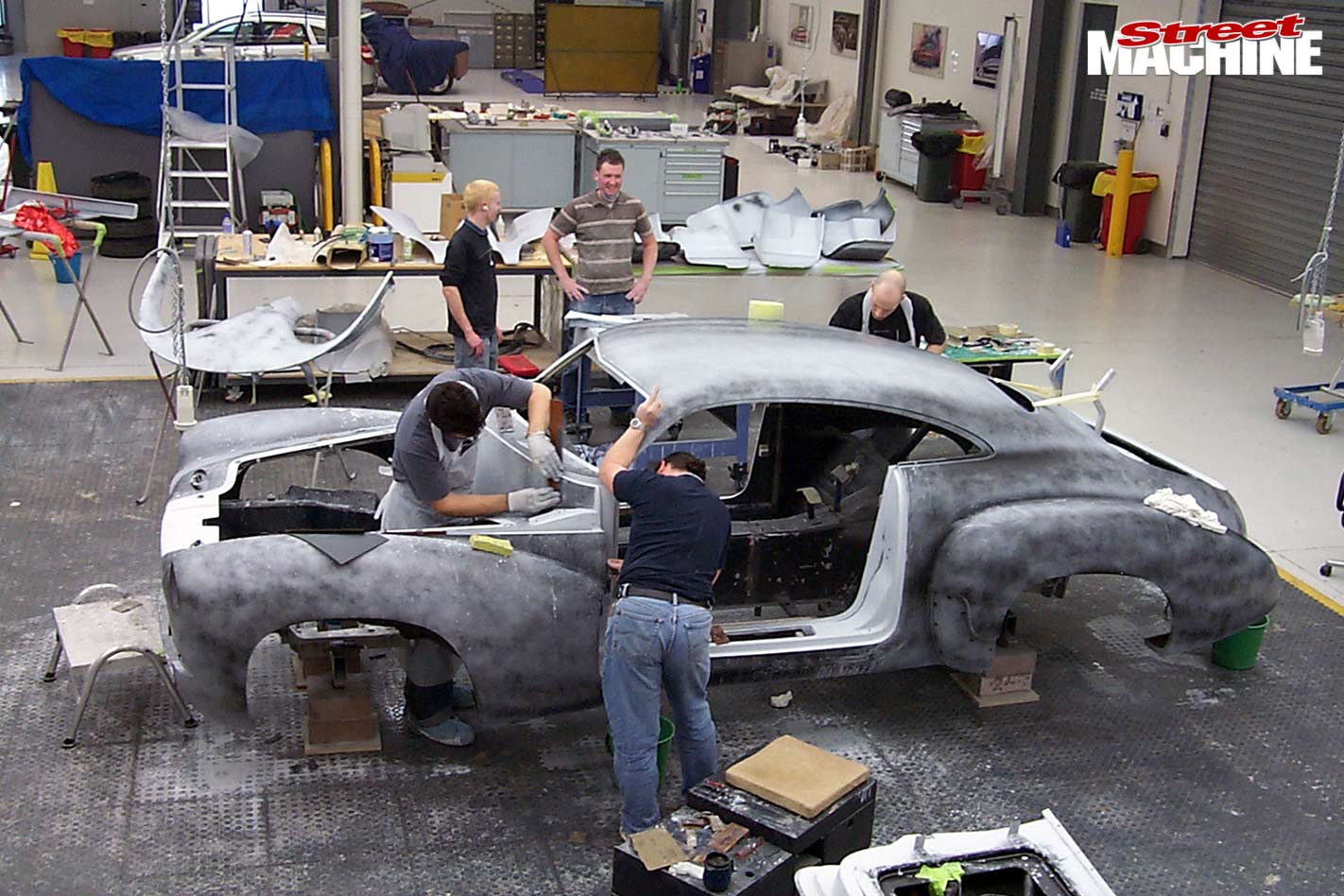 14. All hands on deck to prep the raw body for paint. 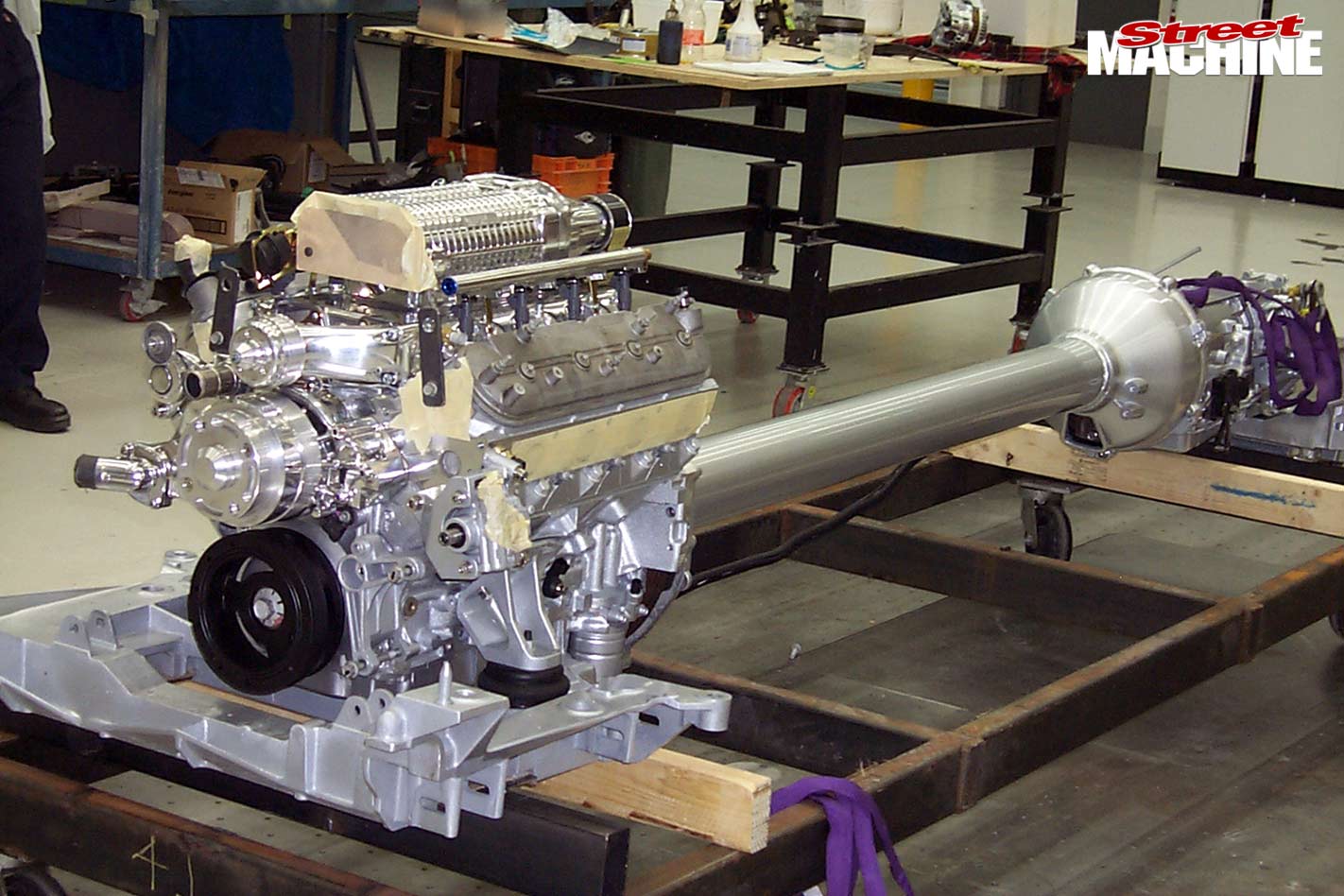 Even the drivetrain is a work of engineering art - jut as it should be on a sweet show car. 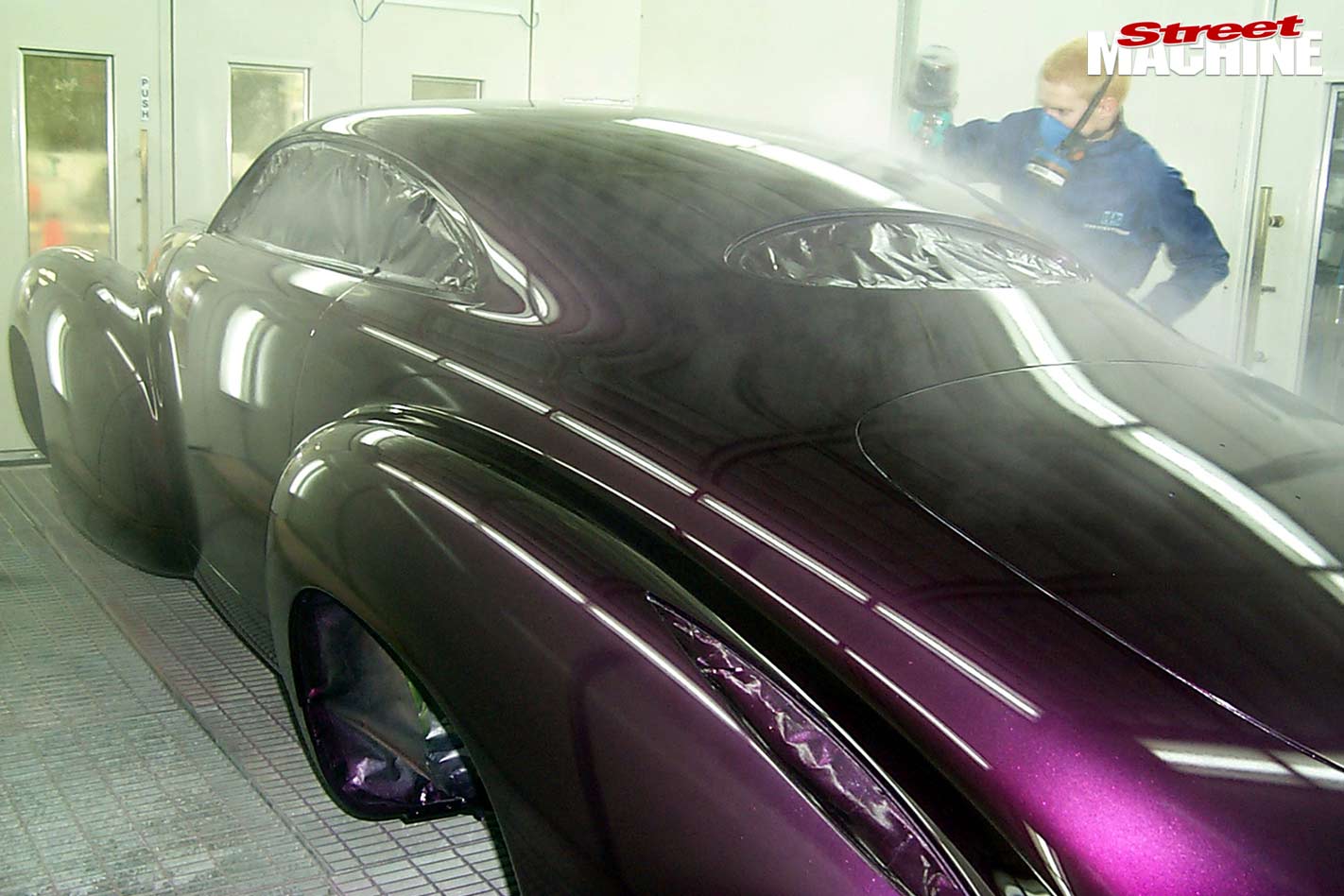 15. Efijy had to be sinister which meant it was vital to get the colour right. Here the base coat is being applied. 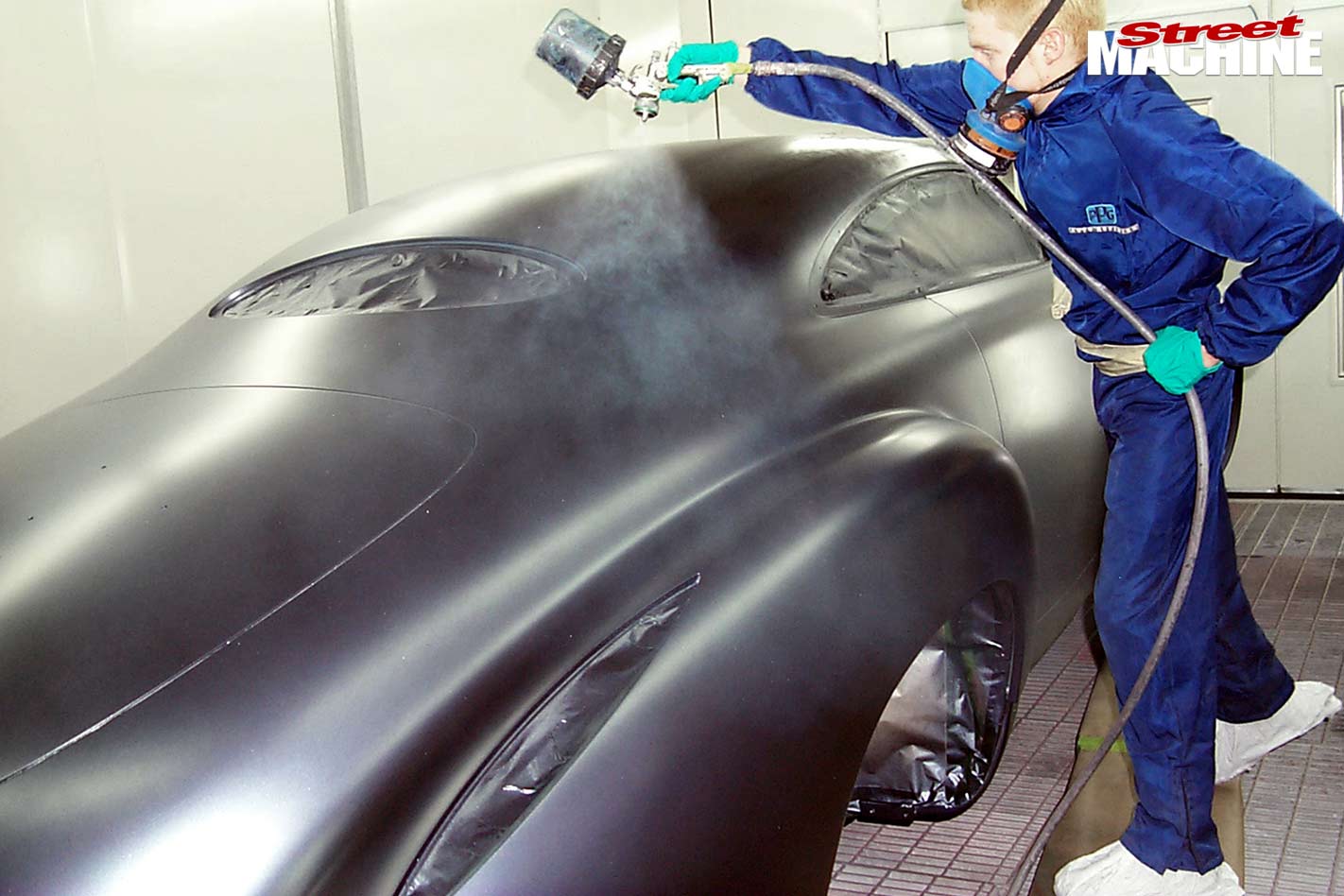 As the Kandy is sprayed on, it's already possible to see Efijy's final look coming through. 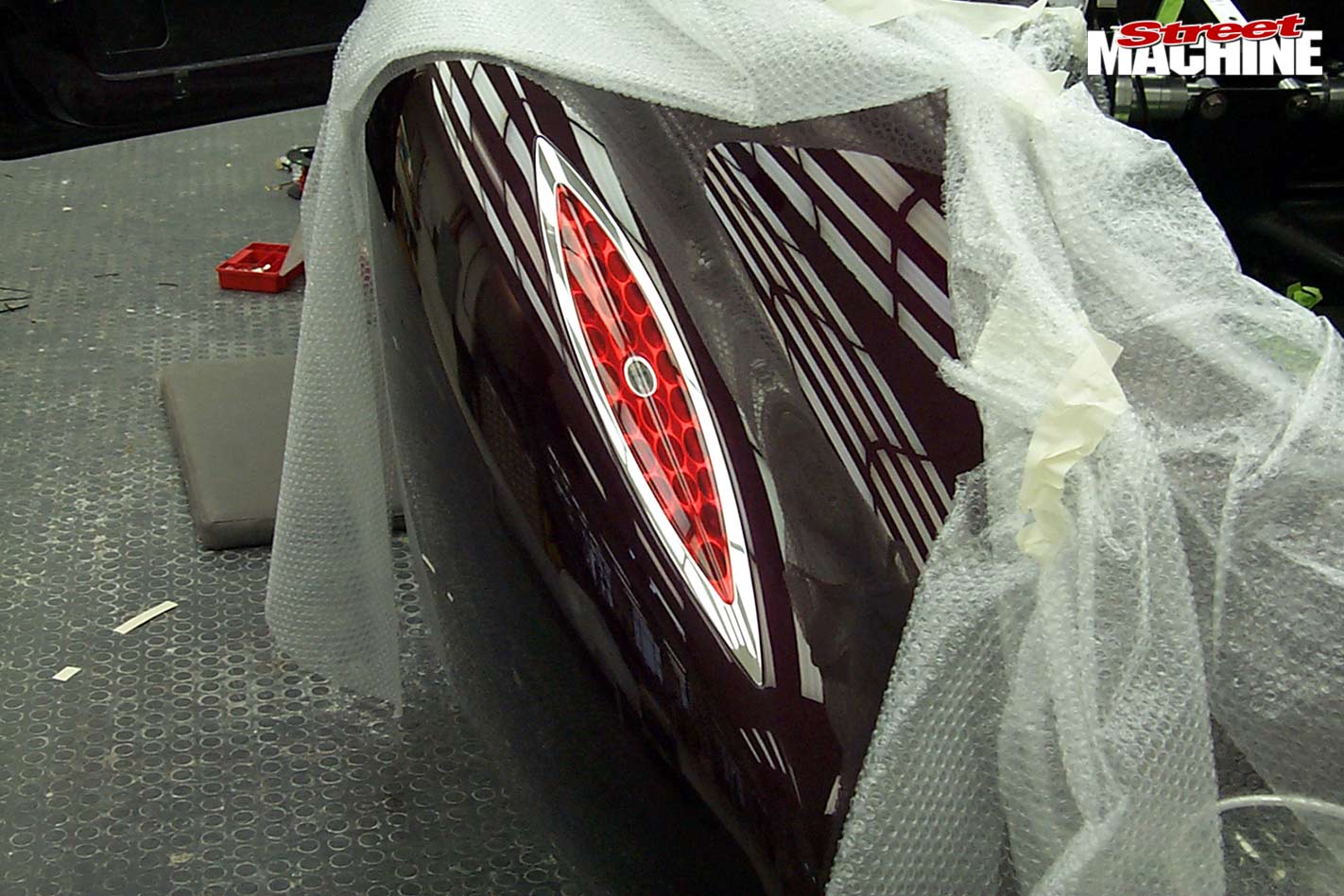 16. All lights were custom-made within Holden’s styling department with the help of Osram. Here the blue dots can be seen and the LEDs that change colour from red to amber when the turn signals are activated and scroll down the length of the lamp instead of flashing. 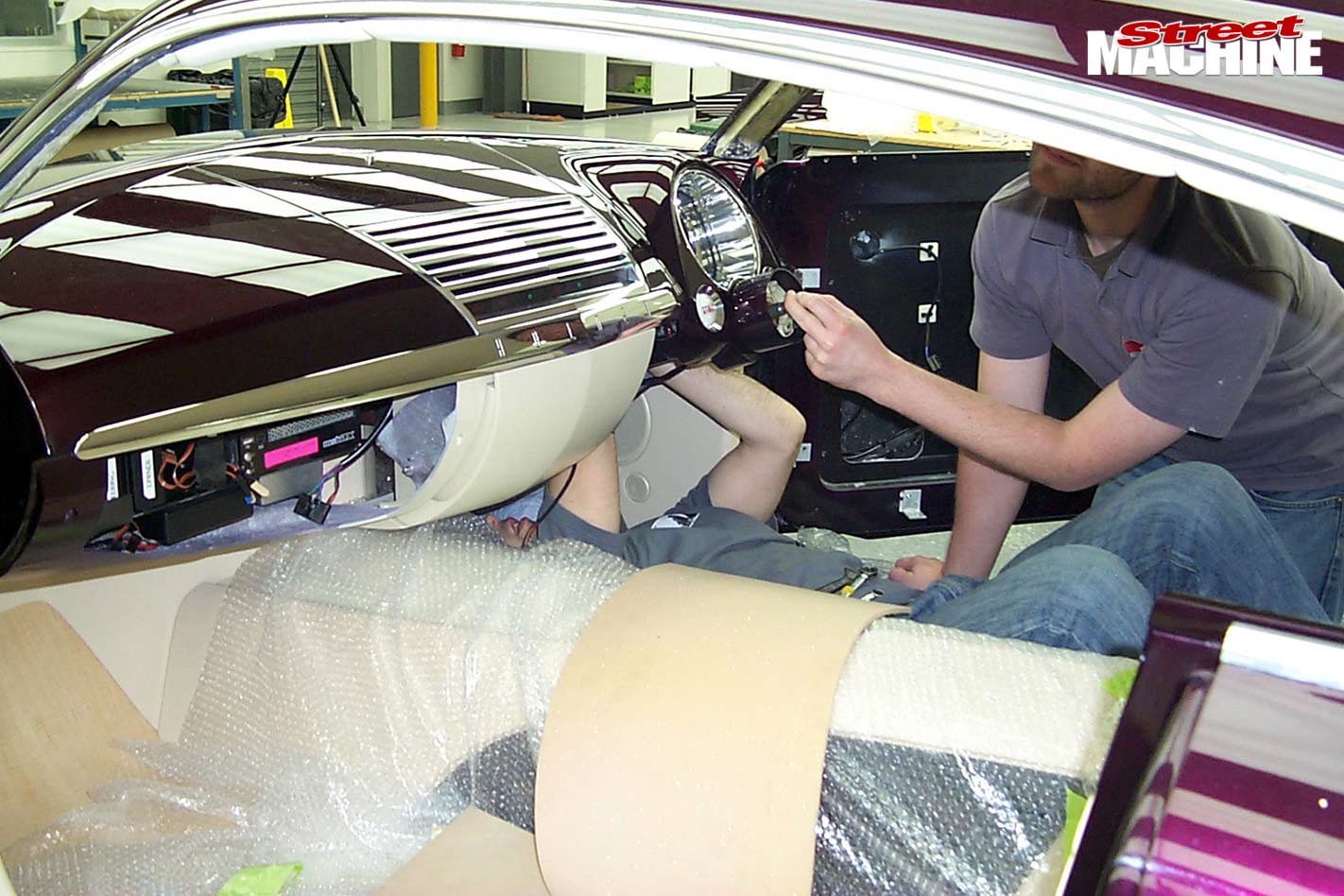 17. The interior takes shape as the dash is installed and the touch-screens are fitted and connected. 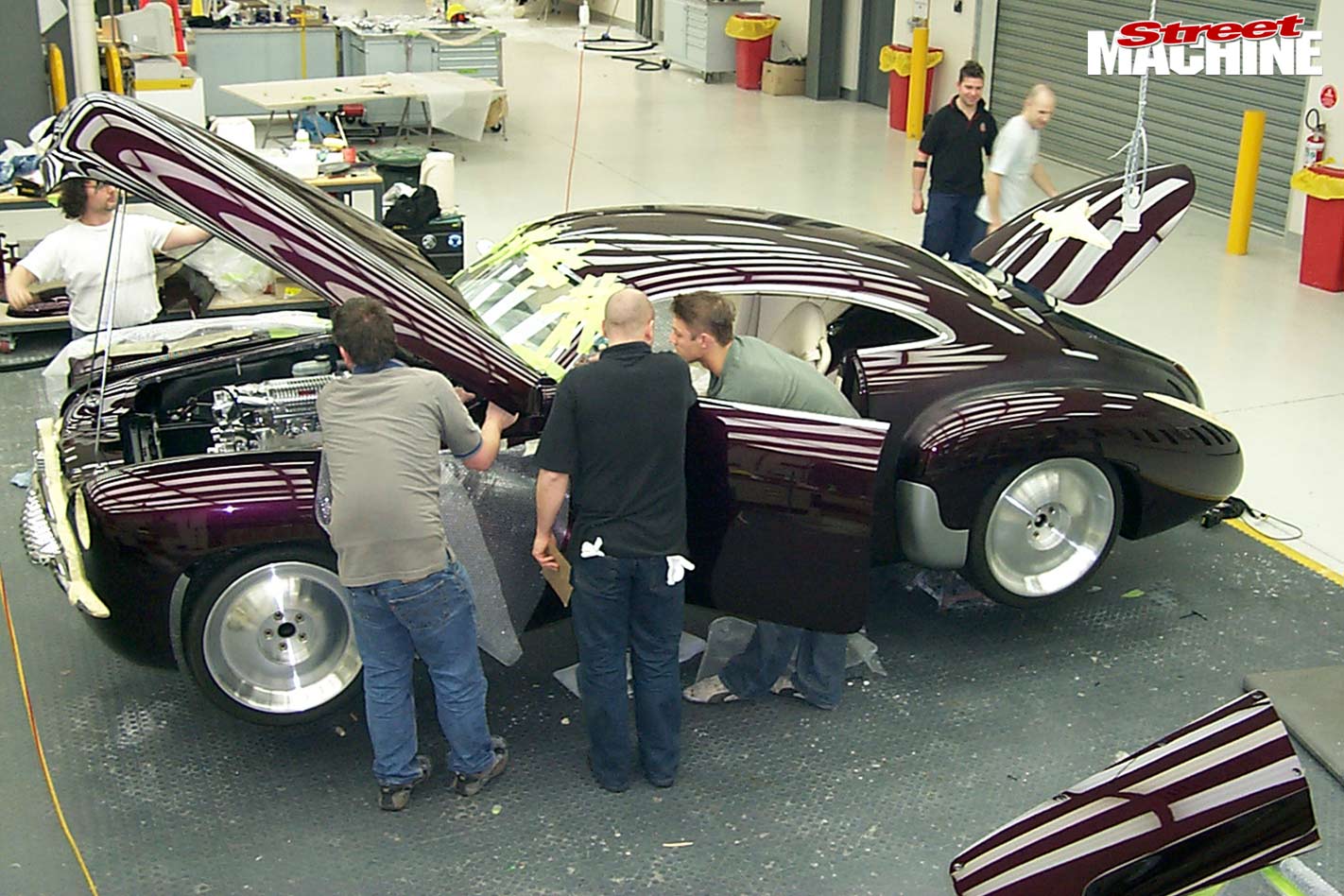 18. Almost complete. Final touches are added to the wildest custom show car ever built in this country. 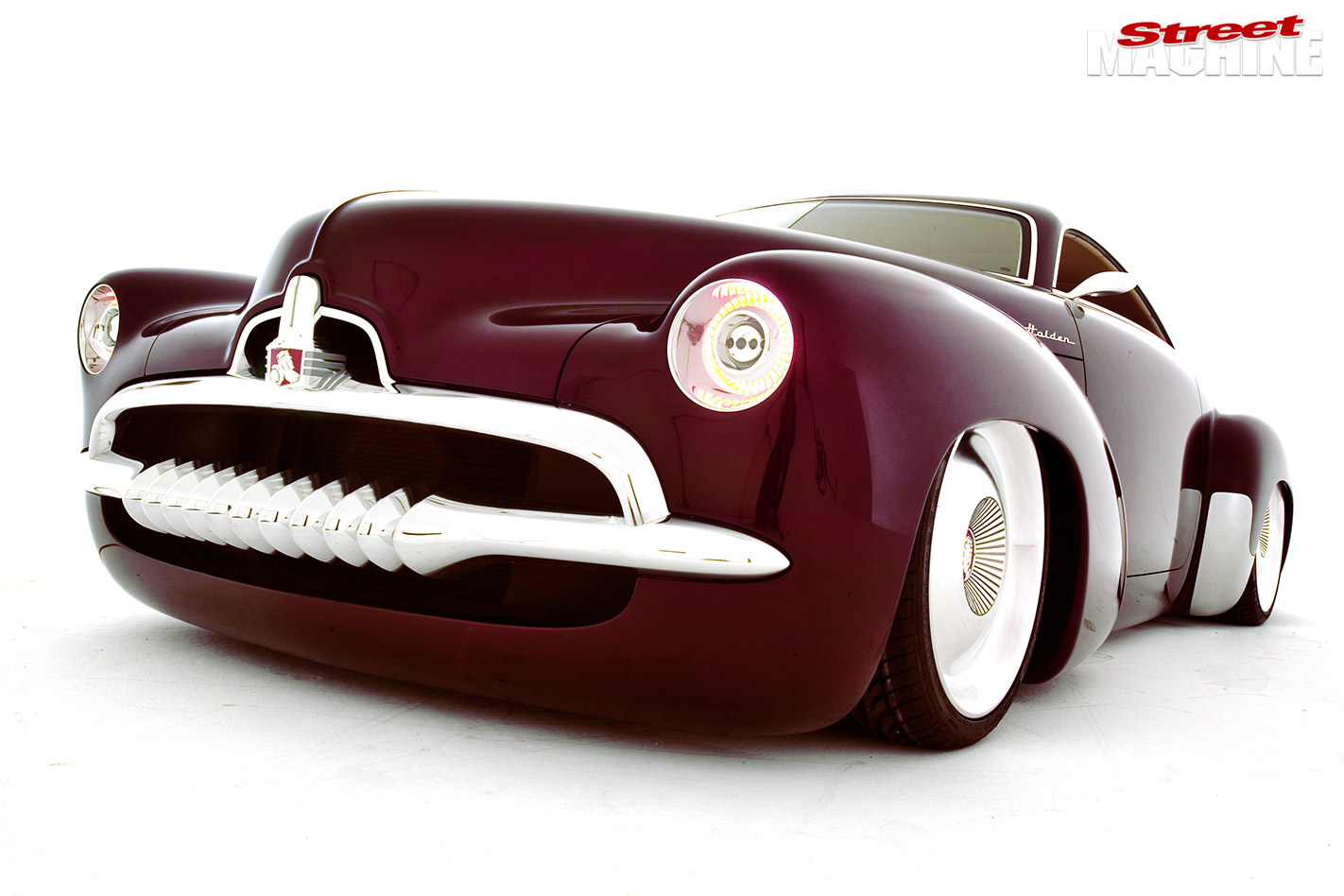 19. At the end of it, Ferlazzo and his talented team at Holden created one of the best custom street machines this country has ever seen. Even though it was built by a large company, there's no doubt that every single person involved in the project has a passion for modified cars. It's a comforting thought. 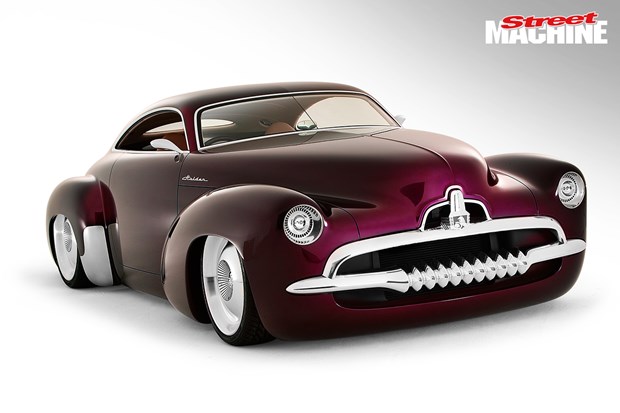 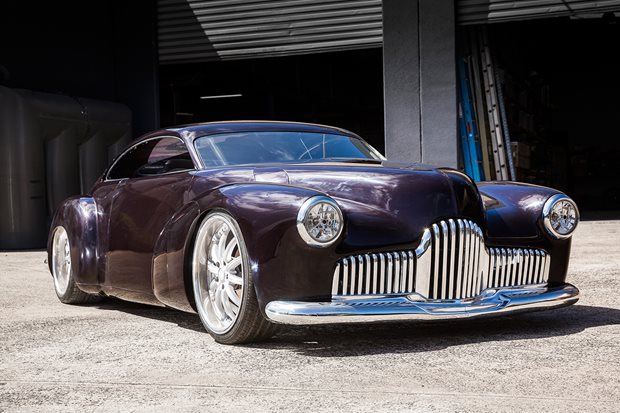 Street machining legend Alan Fleming plans to take the EFIJY concept to the masses. How would you like your very own EFIJY-style Humpy? 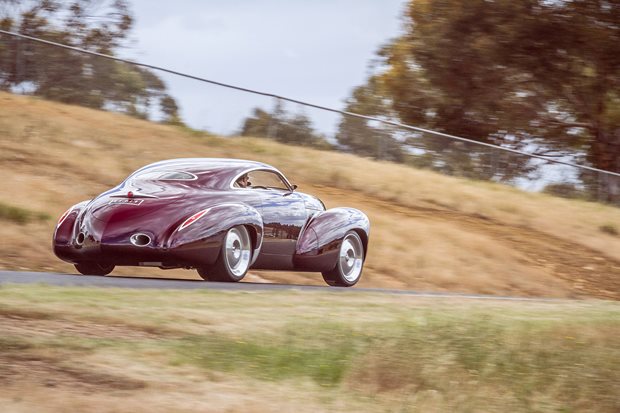