You always want what you can’t have. Australia isn’t exactly lacking in performance car options but being the greedy type we want MORE!

Below are 10 performance cars that we think would find willing local buyers; no doubt there are plenty of others that meet your own personal criteria so let us know in the comments, which performance car you think should be available in Australia. 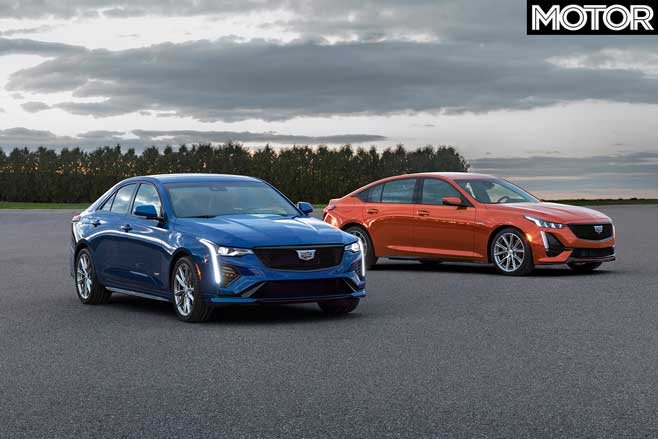 It’s not difficult to imagine buyers of traditional Australian sedans being wooed by Cadillac’s performance range. The mid-size CT4-V uses a 2.7-litre turbocharged four-cylinder producing 239kW/500Nm, linked to a 10-speed automatic with rear- or all-wheel drive. We’ll have the former, thanks, especially as it includes GM’s clever Magnetic Ride Control dampers.

Stepping up to the larger CT5-V grants access to a 3.0-litre twin-turbo V6 with 268kW/550Nm and, like its smaller brother, it scores Brembo brakes. Last, but certainly not least, the CT6 offers a monster 373kW/778Nm 4.2-litre twin-turbo V8. What’s more, even faster, more powerful versions of the CT4 and CT5 are yet to be revealed. 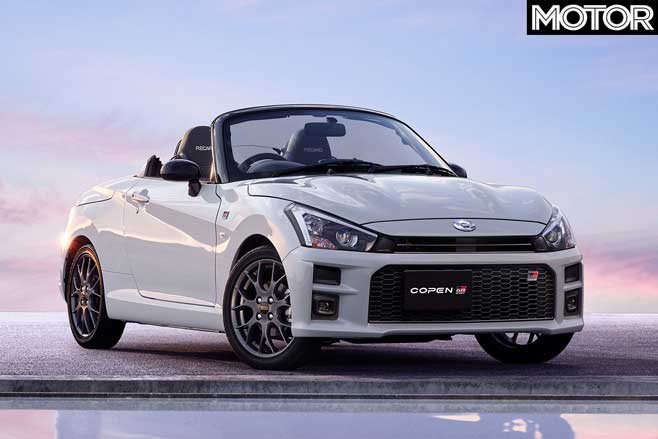 From one performance extreme to the other. The last time the Daihatsu Copen was offered in Australia it was a bit of a laughing stock, a cross between Noddy’s car and a clown shoe. The latest Copen is somewhat cooler, especially when decked out in a range of Gazoo Racing accessories.

With 47kW/92Nm from its tiny 660cc turbocharged three-cylinder, it really isn’t fast, but there’s a five-speed manual, limited-slip diff, sportier suspension and an 850kg kerb weight. Combine this with skinny 165mm tyres and you have something that could be driven flat-out everywhere, even with Australia’s speed limits! 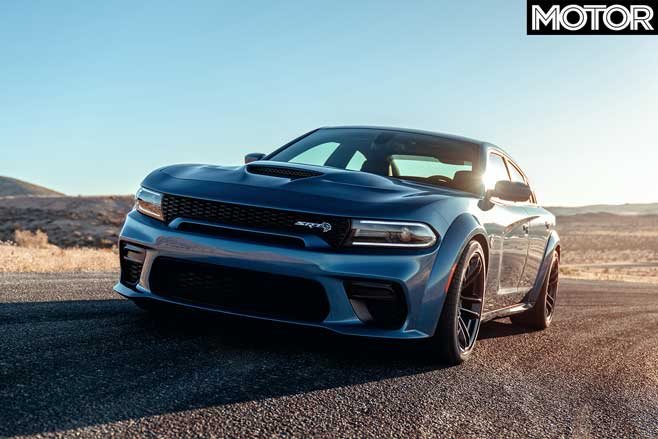 When it comes to Dodge’s performance range, the easy answer is just “Bring it all. Everything.” If we had to pick just one it would surely be the Dodge Charger SRT Hellcat Widebody, a 527kW lunatic with massively flared guards and attitude to burn, but we certainly wouldn’t say no to the 594kW Challenger SRT Hellcat Redeye.

Hell, we’d even be happy with the naturally-aspirated 362kW ‘Scat Pack’ Charger and Challenger models. Or for those looking to lug a family, there’s the 354kW/637Nm Dodge Durango SRT and its unique combination of its three-row seating and 12-second quarter mile potential. 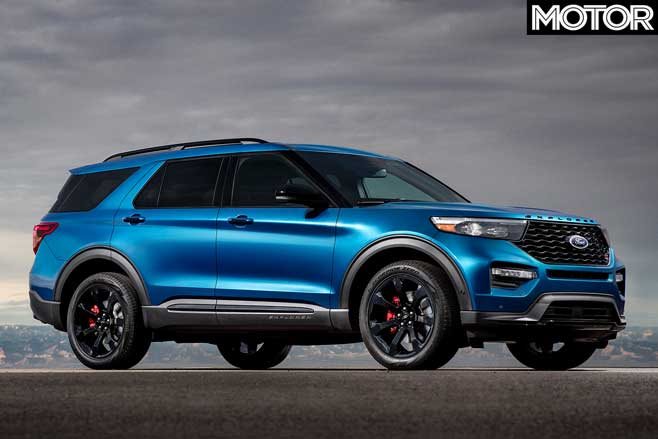 Sticking with the SUV theme, Ford has a number of steroid-fed high-riders that it’s unwilling or unable to offer Down Under. The Edge ST uses a 250kW/515Nm 2.7-litre twin-turbo V6 with an eight-speed automatic, performance brakes and sport suspension.

For those needing something a little larger, the Explorer ST revives a well-known badge in Australia but gives it sex appeal with a 298kW/560Nm 3.0-litre turbocharged V6 with a 10-speed automatic, as well as providing enough space for an entire soccer team. 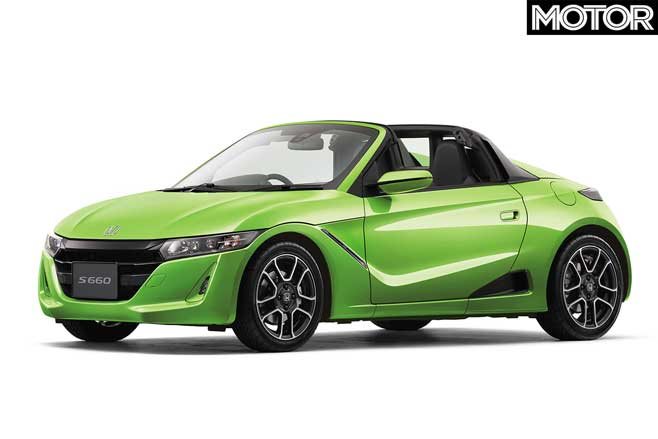 If you’re after something slightly smaller there’s the Honda S660. In fact, the 3395mm could virtually fit within the 3025mm wheelbase of the monster 5062mm-long Explorer ST. The S660 has been out a while but has just had a light refresh for 2020.

Like the Copen, it’s powered by a tiny 660cc turbo three-pot, but offers a bit more grunt with 47kW/104Nm and has six speeds in its manual gearbox instead of five. Unlike the Copen, the engine sits in the middle and powers the rear wheels, so it’s like a baby NSX! Kinda. 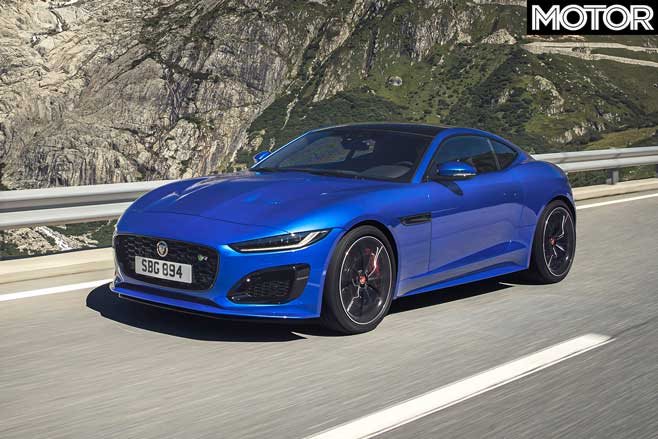 The updated Jaguar F-Type will be coming to Australia later in 2020, but not the variant we want most. The turbocharged four-cylinder and supercharged V6 will continue, while the flagship supercharged V8 scores a number of upgrades, but the new 331kW/580Nm rear-wheel drive supercharged variant is a non-starter.

This makes us very sad, as the original RWD F-Type R was one of our favourite cars, its biggest shortcoming the fact that it possibly had a little more power than it could really use, a problem this new variant solves! 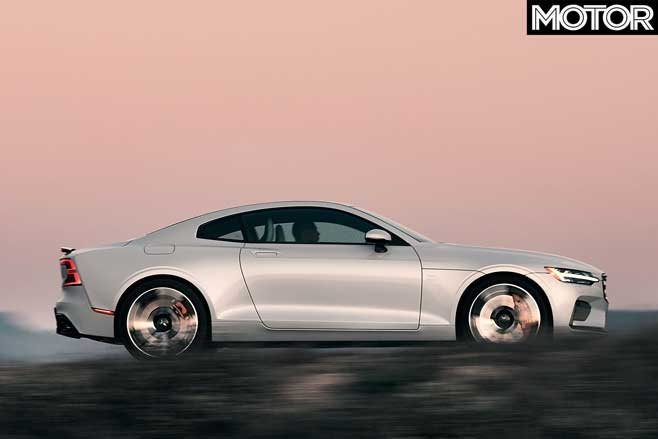 With only 1500 examples to be built, all in left-hand drive, it’s not difficult to understand why the Polestar 1 won’t be coming to Australian shores. But that doesn’t mean we can’t be sad about being denied one of the most beautiful (and interesting) cars of modern times.

The Polestar 1 is the ultimate expression of Volvo’s clean Scandinavian design language and when you add up its 2.0-litre turbocharged four-cylinder engine and trio of electric motors, you get 441kW/1000Nm. Then again, this high-tech, carbon-bodied rolling artwork costs as much as a Bentley Continental. 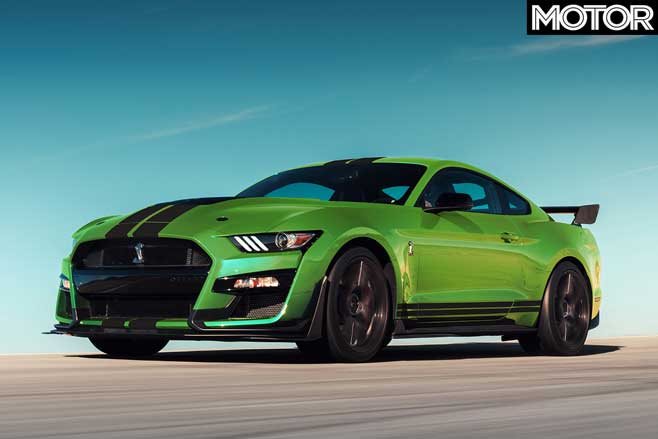 This is a no-brainer if ever there was one. If we were able to announce that the Shelby GT500 was coming to Australia the internet would melt, there would be parades in the street and ScoMo would probably declare a public holiday to commemorate it.

Sadly, it’s not the case, as no Shelby is engineered for right-hand drive. Boo. As such, the 567kW/847Nm GT500, as well as the track-focused GT350 models, remain off limits bar a handful of privately converted examples. 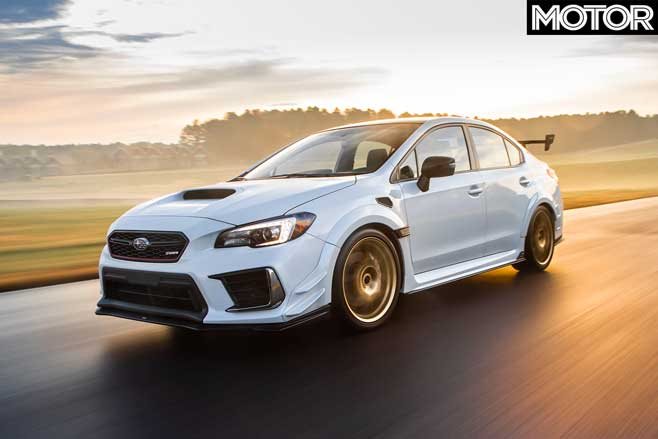 It’s fair to say the WRX STI isn’t quite the weapon it once was. One way to recapture that magic would be to introduce the hardcore S209, the first of these limited models to be made available outside Japan.

Just 209 will be offered to the US, but would it be that hard for Australia to snare a few, 22B-style, where five owners were forced to stump up the compliance costs in addition to purchasing the car? Sadly not, but it would be a fitting way to send the current-gen STI off with a bang. 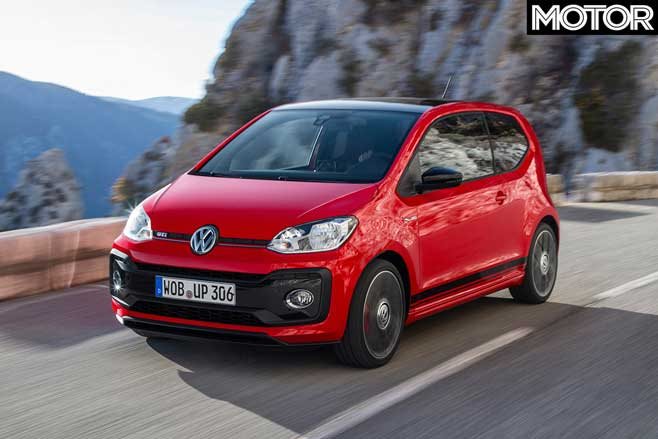 Is the Up GTI a hot hatch? With just 85kW/200Nm, it’s definitely closer to warm than scalding, but with a six-speed manual and weighing just 995kg, we think you’d struggle to get out of the Up GTI without a big smile on your face.

The standard Up (which sadly departed Australia in 2014) was a fun, fizzy drive and adding 17-inch wheels, sports suspension and a healthy dose of tartan isn’t like to harm matters. It would be the perfect stopgap while we wait for the Mk8 Golf GTI. 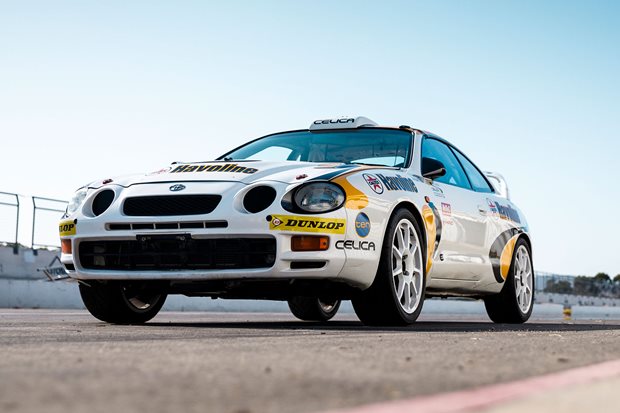