Here’s our wrap of the best engines we have sampled throughout the year, both here and overseas

At the heart of any great car is its drivetrain and the complex combination of precision engineering and development is often one of the elements that leaves the most residing memories.

Over the past 12 months we have had the opportunity to put some very fine petrol, diesel and electrified powerplants through their paces, but the ones that really stood out aren’t necessarily the most powerful, noisiest or biggest (although you will find a number of tyre-demolishing large displacement donks in the list below).

To make the Wheels best engines of 2017, a new vehicle’s drivetrain has to simply do something better or more memorably than any other.

Let’s start with the biggest and most powerful in our rundown. Ferrari’s monstrous 812 is not called the Superfast for nothing and with an eye-popping 588kW from a naturally aspirated V12, its big coupe has speed in excess.

Despite its massive capacity from 12 cylinders, the Ferrari masterpiece manages a stratospheric redline of nearly 9000 rpm with an accompanying soundtrack of demonic orchestral proportions. 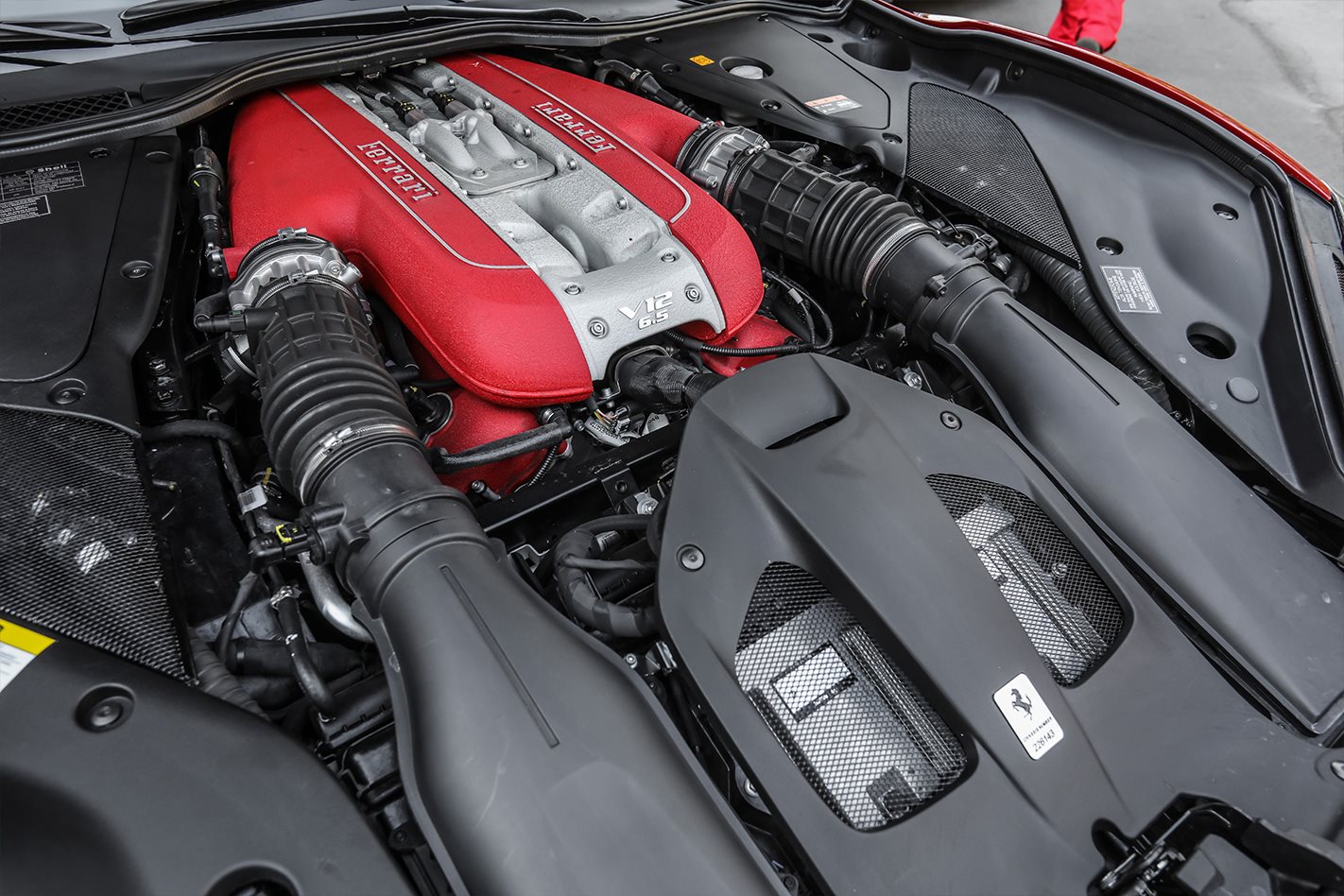 Brilliant engines are not always about more displacement and Honda’s first turbocharged Civic Type-R is a testament to that. 228kW and 400Nm from 2.0-litres is not what makes the feisty hatch memorable, especially when you consider Mercedes-AMG gets 280kW from the same capacity.

The reason the Civic’s engine is here is thanks to its race-engine-like delivery with power surging towards the top end accompanied by a dry unapologetic note that feels more rally racer than run-of-the-mill hot hatch. 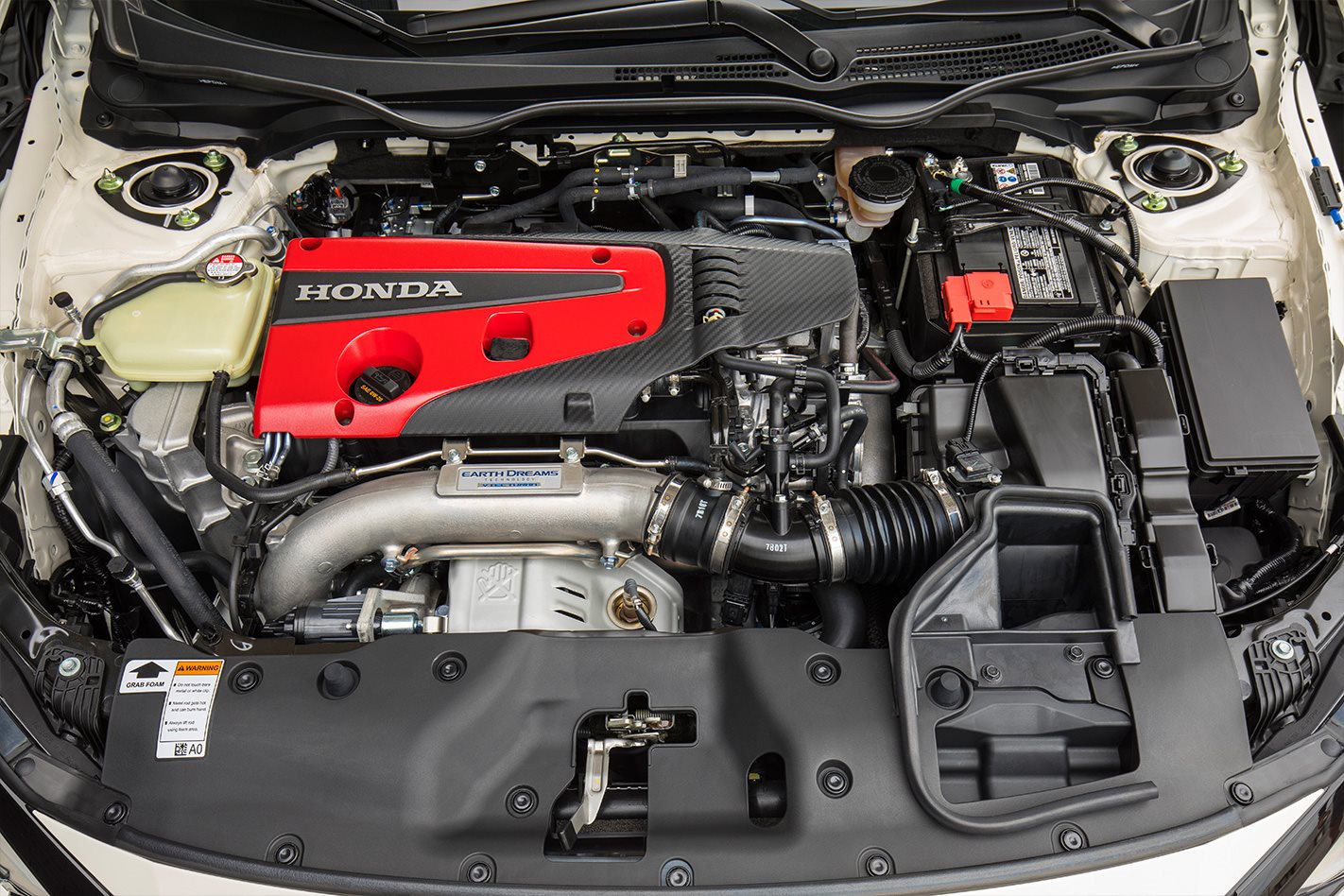 No favourite engines list would be complete without a representative of the oddball five-cylinder club and Audi delivered two cars this year powered by an all-new alloy block version that spits out 298kW under the bonnet of its iconic TT and RS3 Sedan.

It’s in our list partly for its linear power delivery and impressive performance, but mostly for its weirdly lovable yammering soundtrack that transports you straight back to the 1980s when the original Ur Quattro was tearing up tracks all over the world. 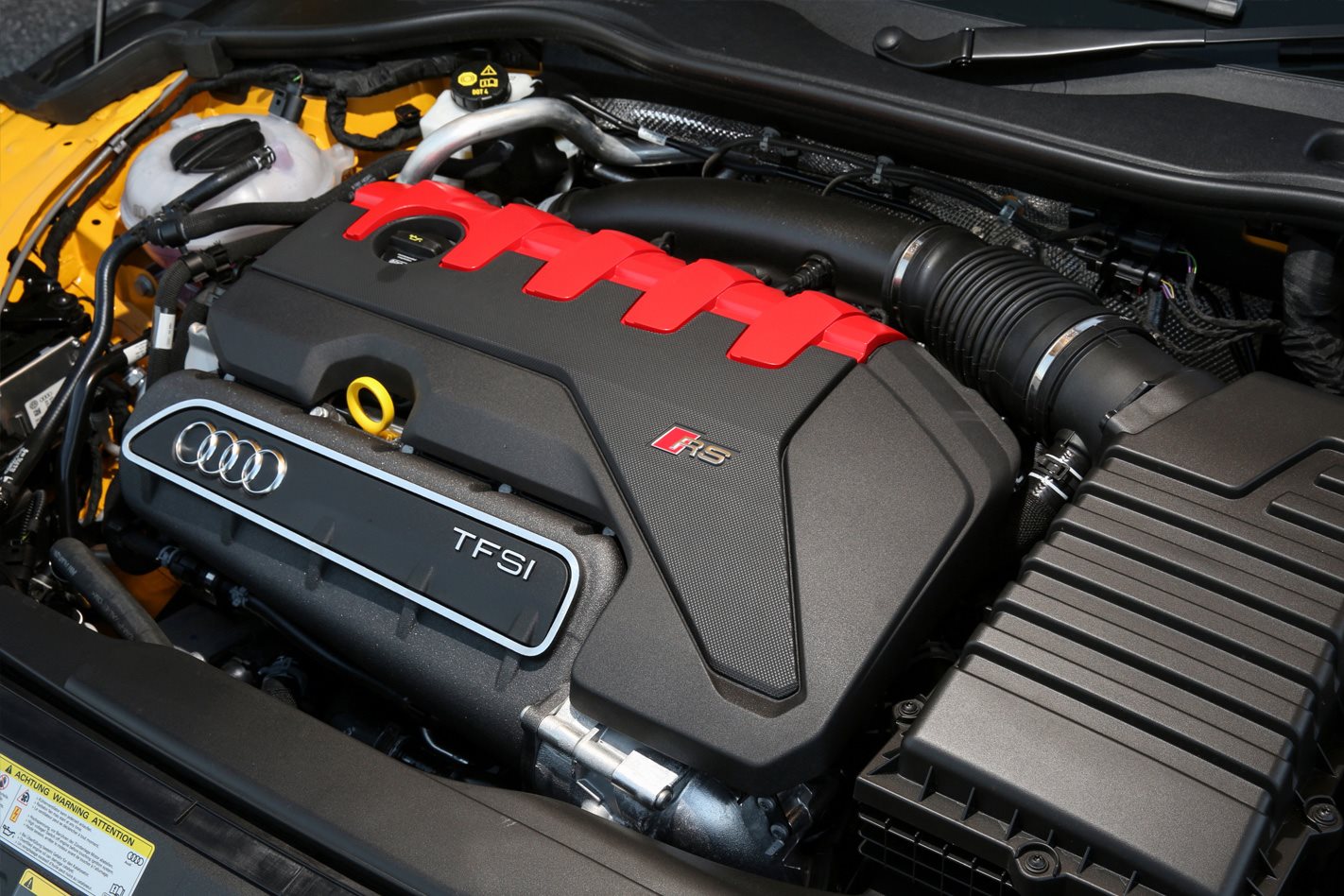 When editor Inwood piloted the formidable ‘Widow-maker’ this year he remarked how different the mighty flat-six felt compared with the unit that powers the 911 Turbo S, even though they are closely related. It’s essentially a race engine for the road.

We like it because it produces 515kW, is unlike almost everything else in the motoring world, sounds mad and it didn’t kill our boss. 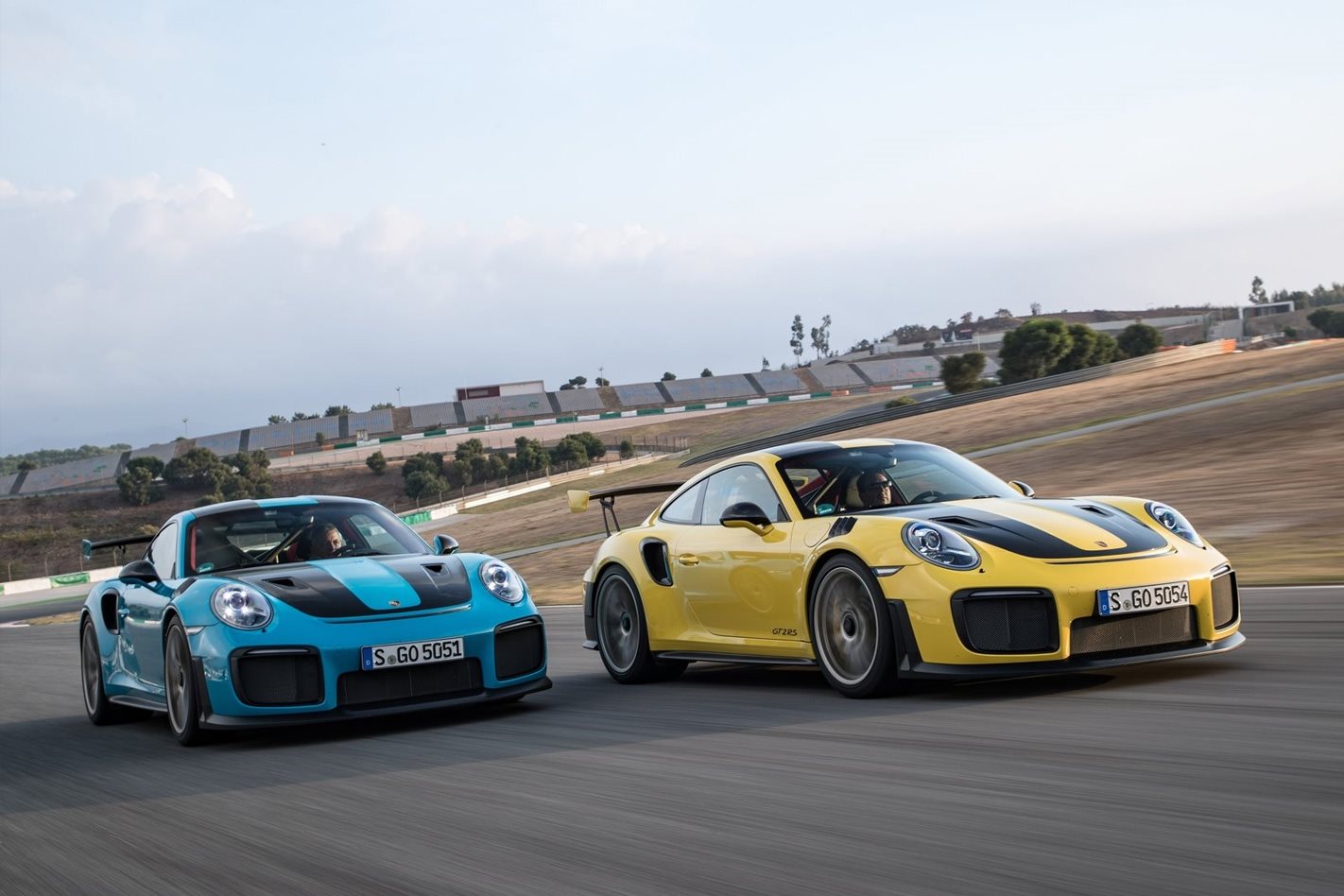 Stupendous power of 492kW, zero turbo lag and a holler that is pure prancing horse are all talents of this incredible Ferrari engine, but a clever transmission program makes this impressive piece of engineering even more enjoyable.

In lower gears, the V8 won’t let you have full torque but progressively opens the taps as you rise through the gears. The effect is the same brutal acceleration in each gear and makes it feel like the 488 will simply never stop going faster. Intoxicating. 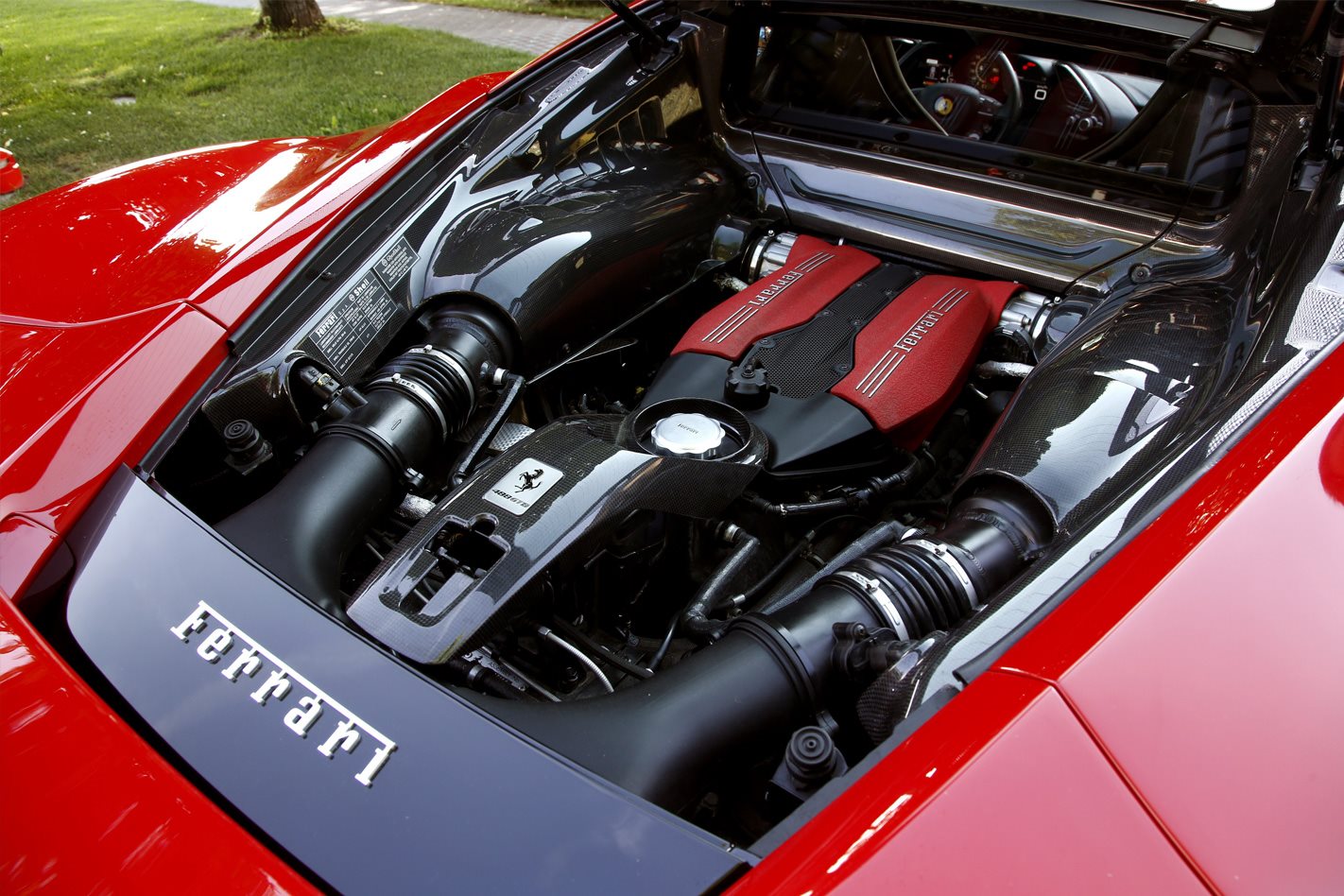 This is the car that Alfa simply had to get right if it was to stand any chance of rebuilding a reputation as a builder of competent performance cars and the engine of the Quadrifoglio Verde (green cloverleaf) version carried much of that responsibility.

Fortunately for the Italian brand, the force-fed V6 is a sensation. 375kW and 600Nm blasts the QV to 100km/h in a claimed 3.9 seconds and right into the front yard of the traditional German contenders in the hyper sedan arena. 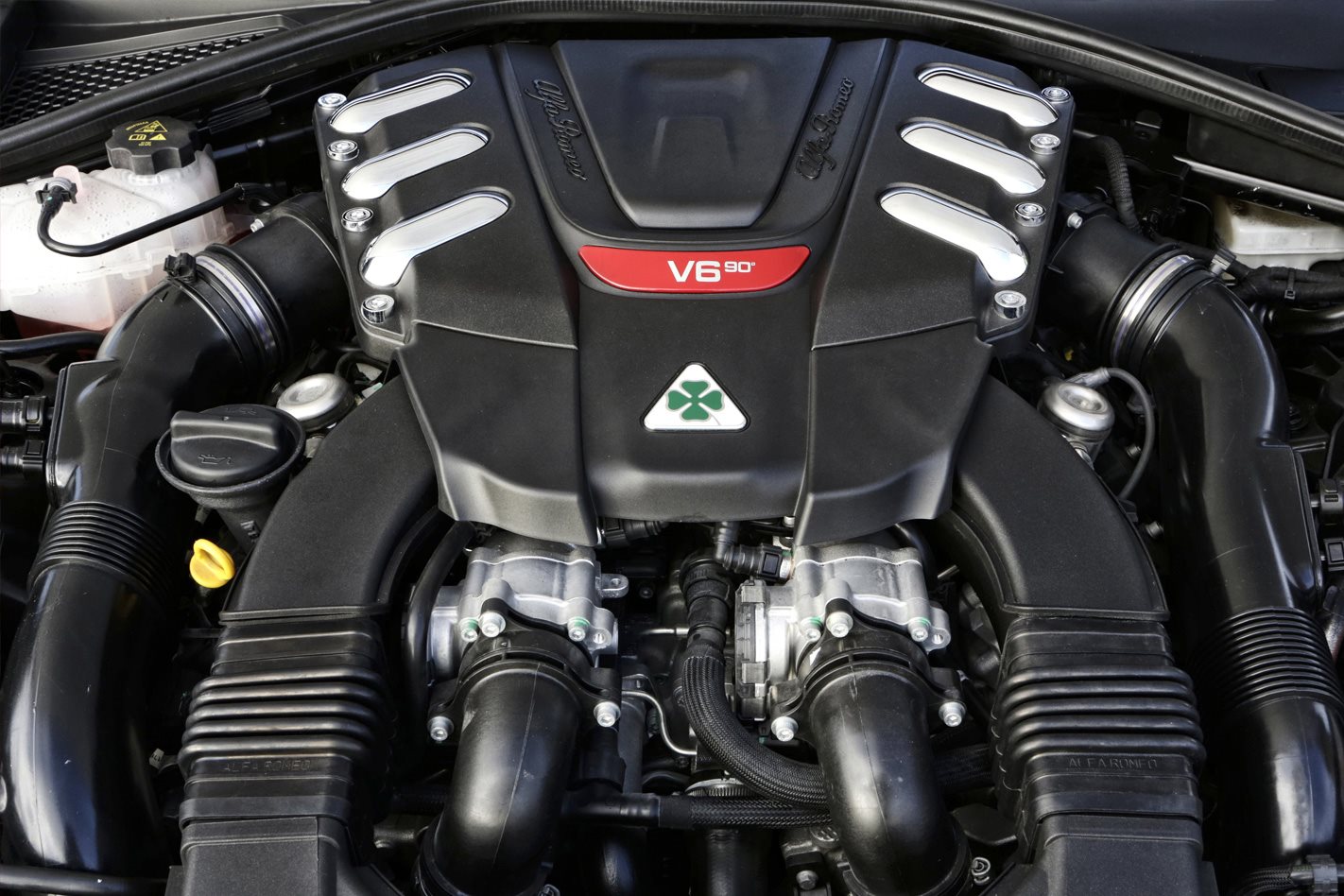 We are very familiar with the hand-built 4.0-litre V8 from the purveyors of power Mercedes-AMG, having steered many fine vehicles propelled by it, from the GT, through the C63 to the E63, but under the bonnet of the new S63 Coupe and convertible Merc has wrung out even more grunt.

With 450kW it matches the E63 S but takes torque to a new 900Nm milestone. As you might imagine, acceleration is vicious and we loved terrorising the canyons around LA with an utterly insane exhaust crack soundtrack that probably had the locals running for cover. 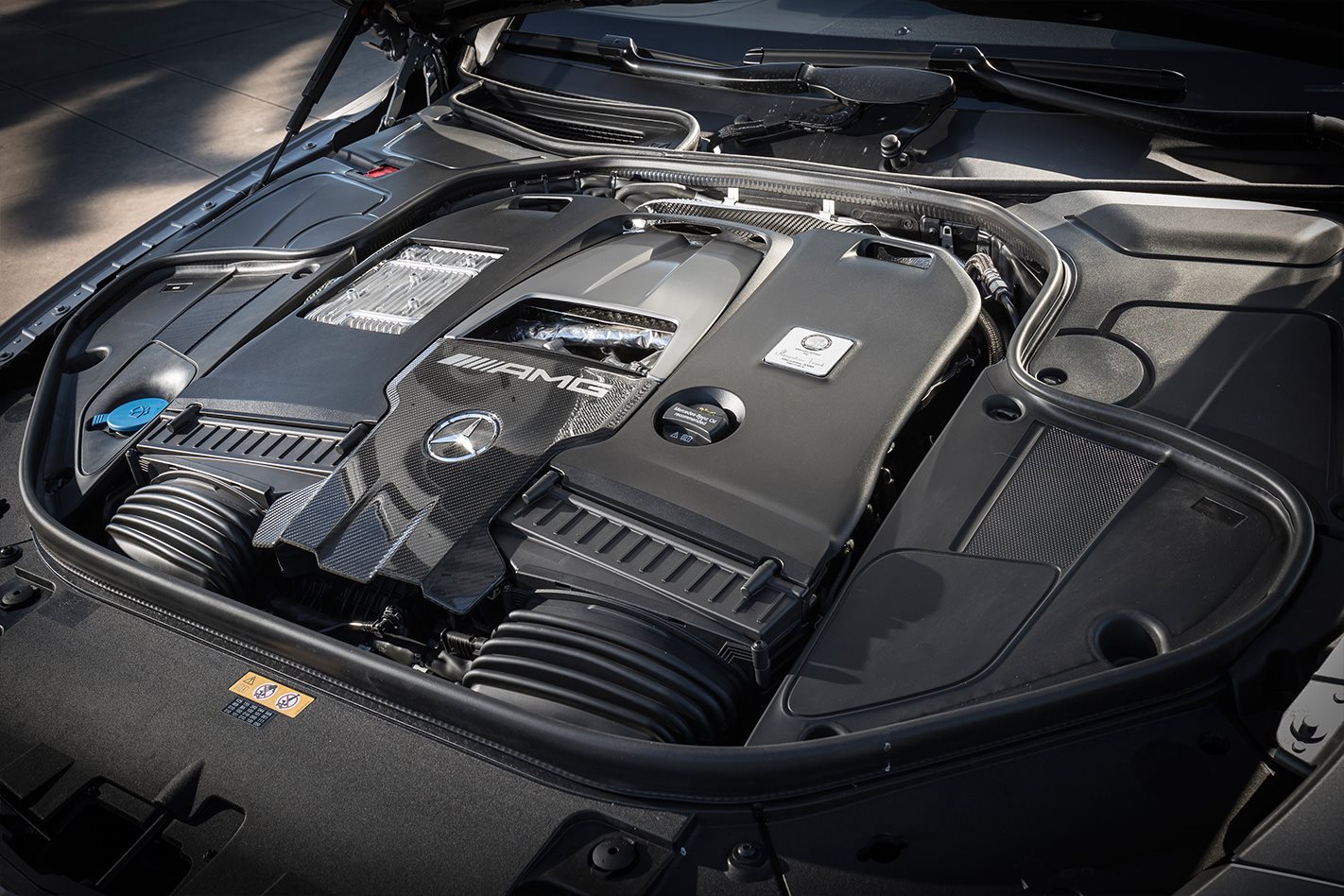 As an institution of petrolheads and not dieselheads, all of our offerings have been strictly spark ignition so far, but here’s a donk we simply couldn’t go past even though it drinks liquid coal.

Audi’s SQ7 engine produces a massive 320kW and 900Nm by using a complex recipe of electric supercharging and a pair of turbos and when we tested the big SUV on Germany’s autobahn it allowed us to crack a very un-SUV-like 259km/h. 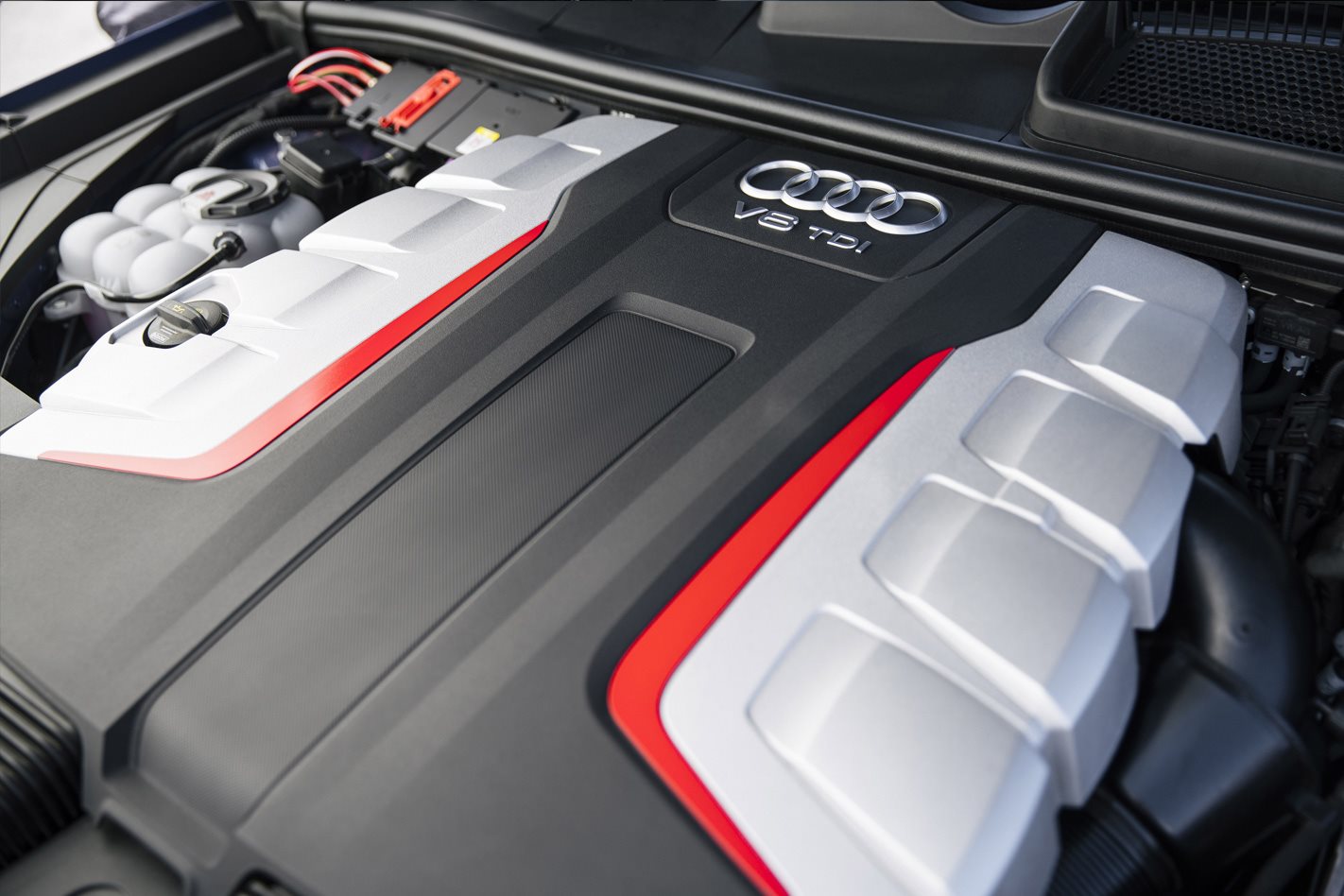 Expect to see more of this engine. While it is closely related to the Audi S4 and S5 3.0-litre V6, a downsize to 2.9-litres by shortening the stroke by 3mm and the addition of an extra turbo pushed power to 324kW.

It also powers the new Audi RS5 flagship four-seat coupe and adds prodigious, useable power to both large SUV and executive coupe alike. We reckon it is the perfect fit for many other high-performance vehicles in the Volkswagen Group family and predict it will be making more appearances in 2018. 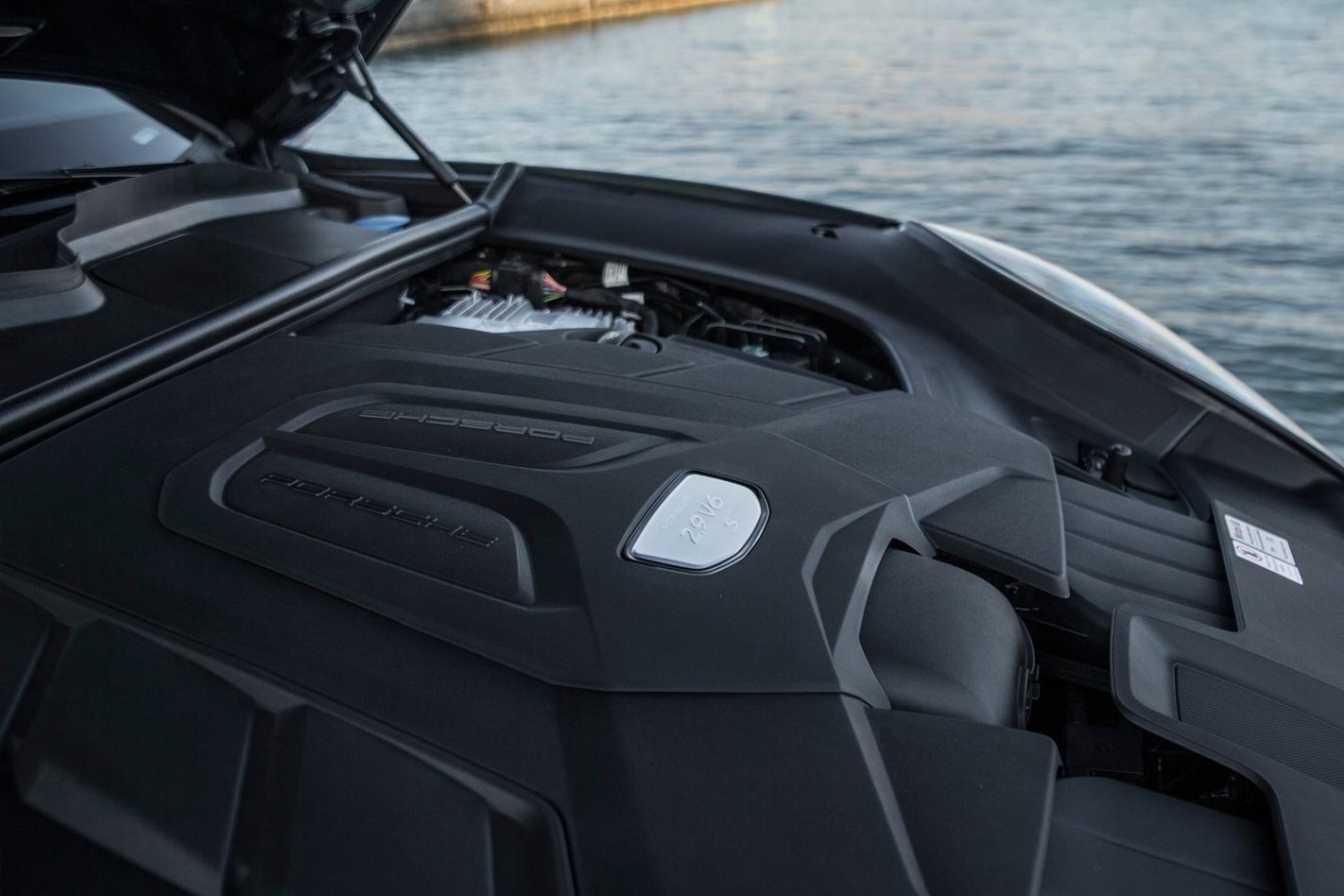 Hybrids used to be all about saving fuel and reducing emissions at the cost of driving enjoyment and performance, but Porsche’s top-shelf Panamera completely rewrites the rule book on PHEVs.

On its own, the turbo V8 produces a handy 404kW but an electric motor dumps in another 100kW for unbelievable pace and instant acceleration no matter what the gear, revs or driving conditions. That’s our kind of hybrid. 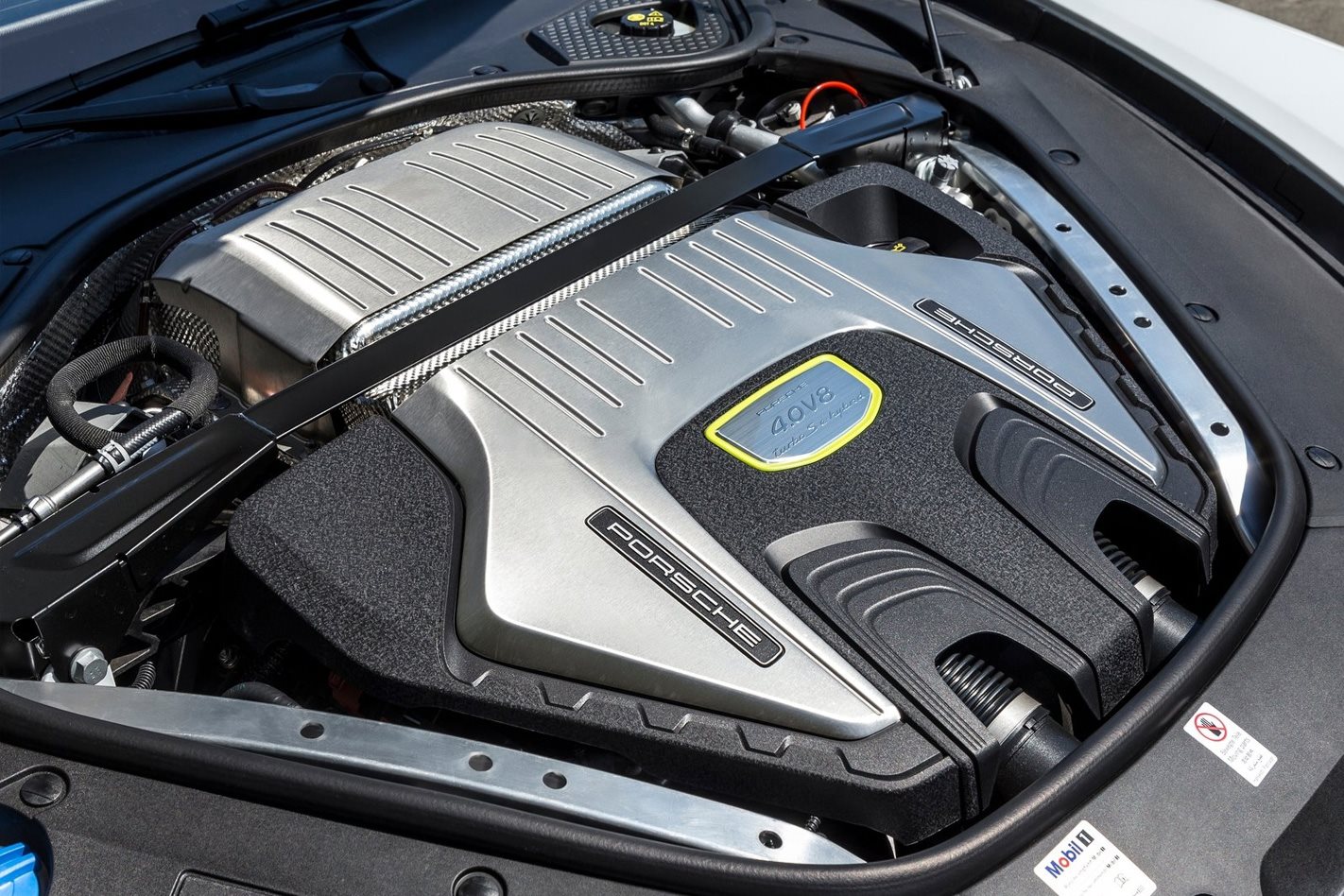 The HSV GTS-R W1 engine is here because it powers the last HSV to use an Australian made car as its basis and showed exactly what this great country is capable of creating when it puts its octane-fuelled mind to it. The savagely fast W1 will always be one our favourites. 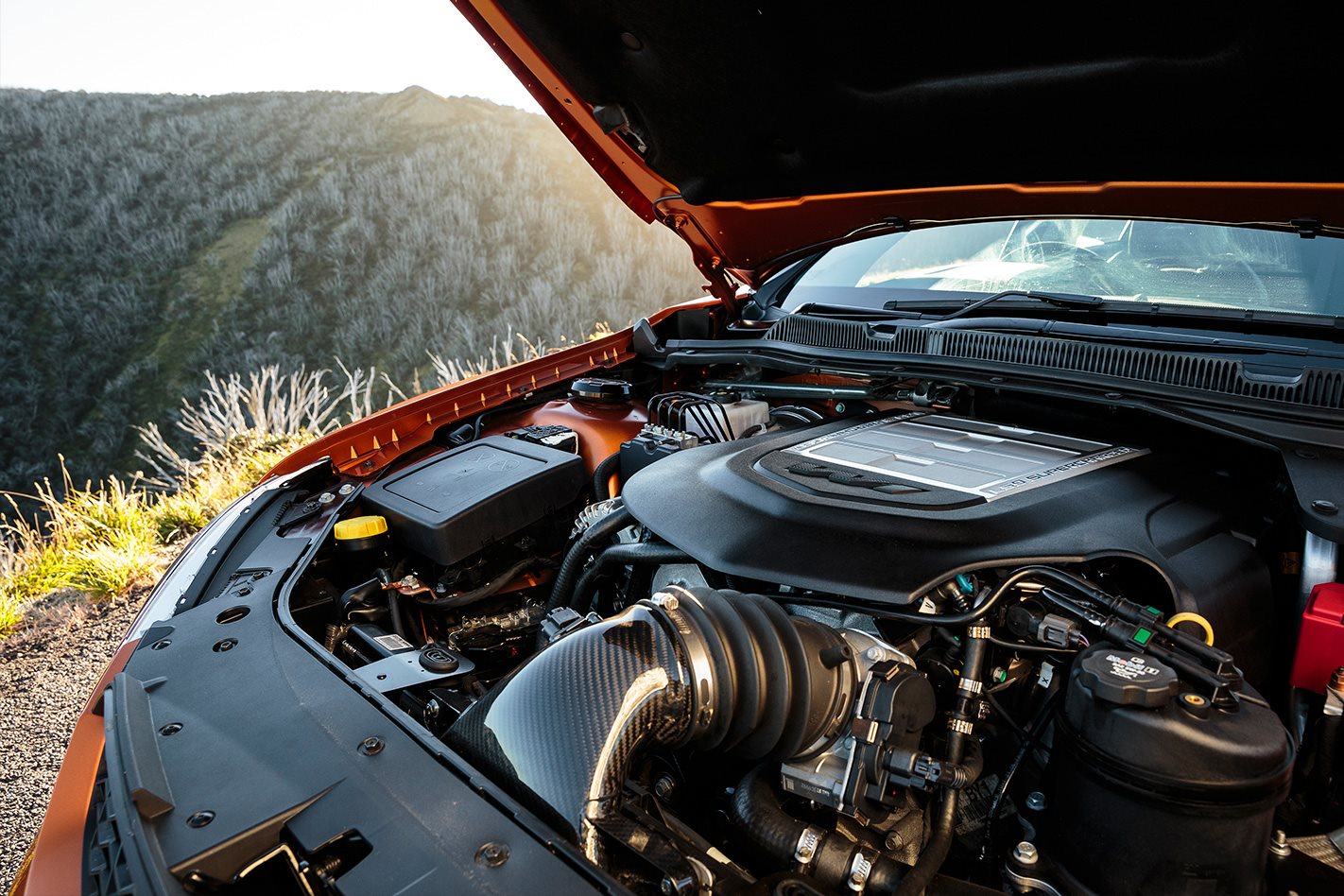 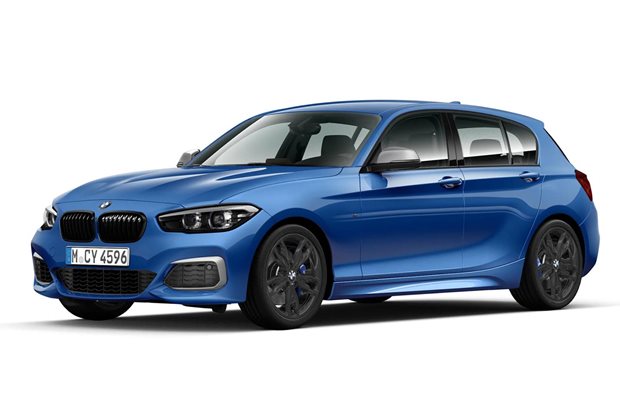 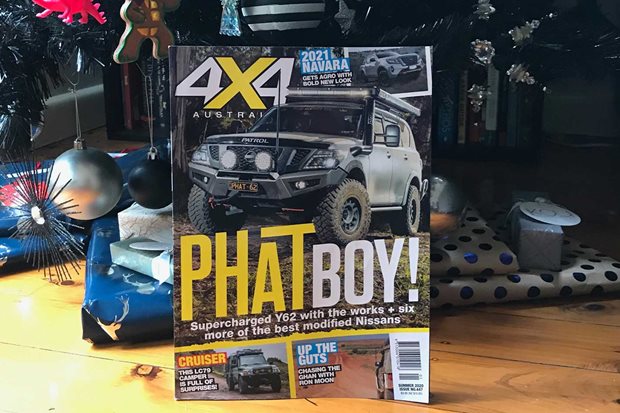