If MOTOR had to run for a government seat, we’d campaign that driving joy be democratised for all citizens, no matter how big your bank account.

Everyone should be able to experience those feelings. You know them. The fizz when your organs strain against cornering forces. The chill as the howl of a tuned intake or exhaust prickles the back of your neck. The excitement when you nail a corner with a kiss of opposite lock. It’s a right we’d march in the streets for. So in 1994 we devised a formula for thrill seekers on a budget. We called it Bang For Your Bucks, and created a weapon that could reveal how much fun a car squeezes from each dollar it charges.

Using the magical formula, which we’ll explain later, it pitted cars from different points on price and performance spectrums against each other on a level field. Our maiden run tested everything from a Porsche 911 Turbo to a Ford Capri, but crowned a Mitsubishi Lancer GSR as our first cut-price king. The operation was a success.

Since then, we’ve used it to sniff out the best performance bargains available year after year. In 1995 it was Nissan’s sweet handling 200SX that dominated before BMW took its only win with its punchy 328i in 1996.

As time ticked on we’ve crowned repeat champions that readers have come to respect as much as other manufacturers have envied. Subaru has notched five victories, with Ford and Volkswagen in tow on four wins each, and Holden trailing with a well-earned three.

The GM-subsidiary won’t get a chance to bag another this year, though, as it didn’t get back to us about its new German-made Commodore. It’s our only missing invitee. Either way, 2018 would have always garnered an exclusively foreign line-up.

Not to the detriment of conflict, though, as a cheque inked with five figures has attracted no less than 15 hard-charging chariots under our imposed price ceiling of $100,000.

Subaru’s WRX STI is back in updated form. At its core it remains the same boxer four, but six-piston front brakes and fine suspension tweaks around new 19-inch wheels hope to thrust the winged terror back into the winner’s circle.

It’s been six years since Honda battled here, but it fixes high hopes on its Civic Type R, glowing from a Performance Car of the Year win. Underpinned by a high-revving 2.0-litre turbo four and finely honed front-wheel drive chassis for $51,990, its specification looks just as threatening here.

Hyundai also looks dangerously capable of bagging its first win after arming the i30 N with a slew of racetrack-ready gear. Its 2.0-litre turbo four, with overboost, is linked to a trick locking front differential. It also claws the road with reinforced suspension, brakes, and adaptive dampers. And to top it all off it’ll wade into battle a tenner less than $40K.

These potential threats must have spooked Volkswagen a little. The brand’s recently slashed the entry point into its Golf GTI and R ranges, birthing the GTI Original and R Grid Edition.

The Original pinches the three-door body shell and passive suspension from European markets to carve $4K from a five-door GTI’s price, while the Grid Edition prefers to drop numerous luxuries to keep five doors, adaptive suspension and a 213kW turbo four backed by all-wheel drive. Sure, a six-speed manual transmission in both will cost them precious tenths at the drag strip, but will shave at least $2000 from their price tags.

Europe’s hot shots continue coming with Peugeot, which has lopped a substantial amount from the 308 GTi 270’s price to nab a guernsey this year.

Thankfully, its mechanicals are untouched. It still has massive brakes with floating discs, fat Michelin tyres, and a teeny 1.6-litre turbo four that pulls with the urge of a much larger capacity engine. They’re all packed into its remarkably light five-door body shell for $45,990.

Ford is back to defend its title with a grippier Focus RS. It’s called the Limited Edition, because only 500 are coming here before this generation is laid to rest – which will be sad. But a limited-slip differential from Quaife is bolted into its nose to reap more from Michelin Pilot Sport Cup 2s wrapped around lightweight forged wheels. They’ll complement its alarmingly capable suspension and beefy 2.3-litre turbo four.

Suzuki’s new Swift Sport is an ankle-biter by comparison, but don’t overlook it. Half of the past decade’s winners wielded a cheap, light, front-drive formula. The Swift should prove an expert in this field, using a turbocharger to downsize its engine capacity to 1.4-litres. Power’s barely changed, but torque has swollen – an upgrade only amplified by an 80kg weight drop.

The next dark-horse wears a more swooping profile. The Kia Stinger couldn’t dazzle our judges at the last PCOTY, however, its 3.3-litre twin-turbo V6, drilling down its drivetrain to the rear axle, promises to shine in this company.

We’ve shunned the range-topping GT for the thriftier 330S variant, saving $7000 in the process. While this keeps crucial Brembo brakes and a rear LSD on its spec list, it riskily trades the price cut for the omission of staggered rubber and stiffer adaptive suspension.

The Korean finds similar company next to Infiniti’s Q50 Red Sport. It’s more powerful and a touch smaller, but lacks sport-orientated rubber or a locking differential. We know it well – after all it’s MOTOR’s very own long-termer – and suspect its twin-turbo V6 might help overcome dynamic disadvantages.

Not a worry, because Nissan has landed its 370Z in Nismo spec to balance out that concern. The badge doesn’t signify just a new bumper and trim as this Fairlady features trickier dampers and wider rubber. Power rises slightly, but new Recaros put you in command of a hydraulic steering rack and grippy, traditional rear-drive chassis.

The Subaru and Toyota 86/BRZ duo return for the second year in a row. Building upon extensive 2017 tweaks –which failed to make a meaningful impact last year – their makers have sourced Brembo brakes and Sachs dampers. While Toyota offers them within an optional Performance Pack, Subaru sharpens their impact on its range-topping BRZ tS. Extra chassis tweaks and Michelin Pilot Sport 4 tyres should transform it into the fastest factory 86/BRZ yet on sale in Oz, as well as the most expensive at a smidge under $40K.

Volkswagen’s cousins in Ingolstadt and Czech Republic aren’t sitting this out, either. Audi has slotted its alloy turbo five-cylinder into the RS3 ‘Sportback’. Married with a Performance Pack, which features wider front boots, this ground-bound jet should hold the pressure on newcomers. Even if it’s the most expensive here.

Last year injected into the mix an Octavia sedan with VW’s hot GTI 2.0-litre four and a locking front differential. But this year we’re changing tack by choosing a wagon in standard 169kW trim. The loss in performance should be redeemed by its big drop in price, which is set at $42,890.

Our gladiators have been summoned to Winton Raceway again, as it’s a safe place to extract the data we’ll punch into the BFYB formula. It doesn’t hand any car an advantage in layout, either, as the track’s tight corners punctuated by straights focuses evenly on a car’s chassis and powertrain.

Warren Luff is back, too. His freakish repeatability and outright speed go without saying, but he’ll also keep our judges humble and focused on adding worth in the form of a subjective score. Which, importantly, also lets a car shine in ways our satellite-tracked VBOX timing equipment can’t measure.

Our platoon of gun snappers will document it all, and back at base we’ll carefully feed the data into The Formula, something refined and worshipped by us for 24 years – mainly because it works. No-one else can back up an award to Australia’s best value performance car with rock-solid arithmetic quite like this.

Here’s the skinny on its workings: it’ll award a score for how a car ranks against the field’s average performance in each discipline. These scores are added and weighted as per the table above. That total is then married to a price score, which combine to anoint each car with an index. This is then used to accordingly rank the field outright. Got it? Good.

Oh, and don’t expect a round-two next month like recent years. We’ve lobbed all 15 cars into one issue to give you a more comprehensive and simplistic coverage on the fight for outright honours. So, let’s get away with Bang for 2018...

Bang For Your Bucks 2018: The Contenders 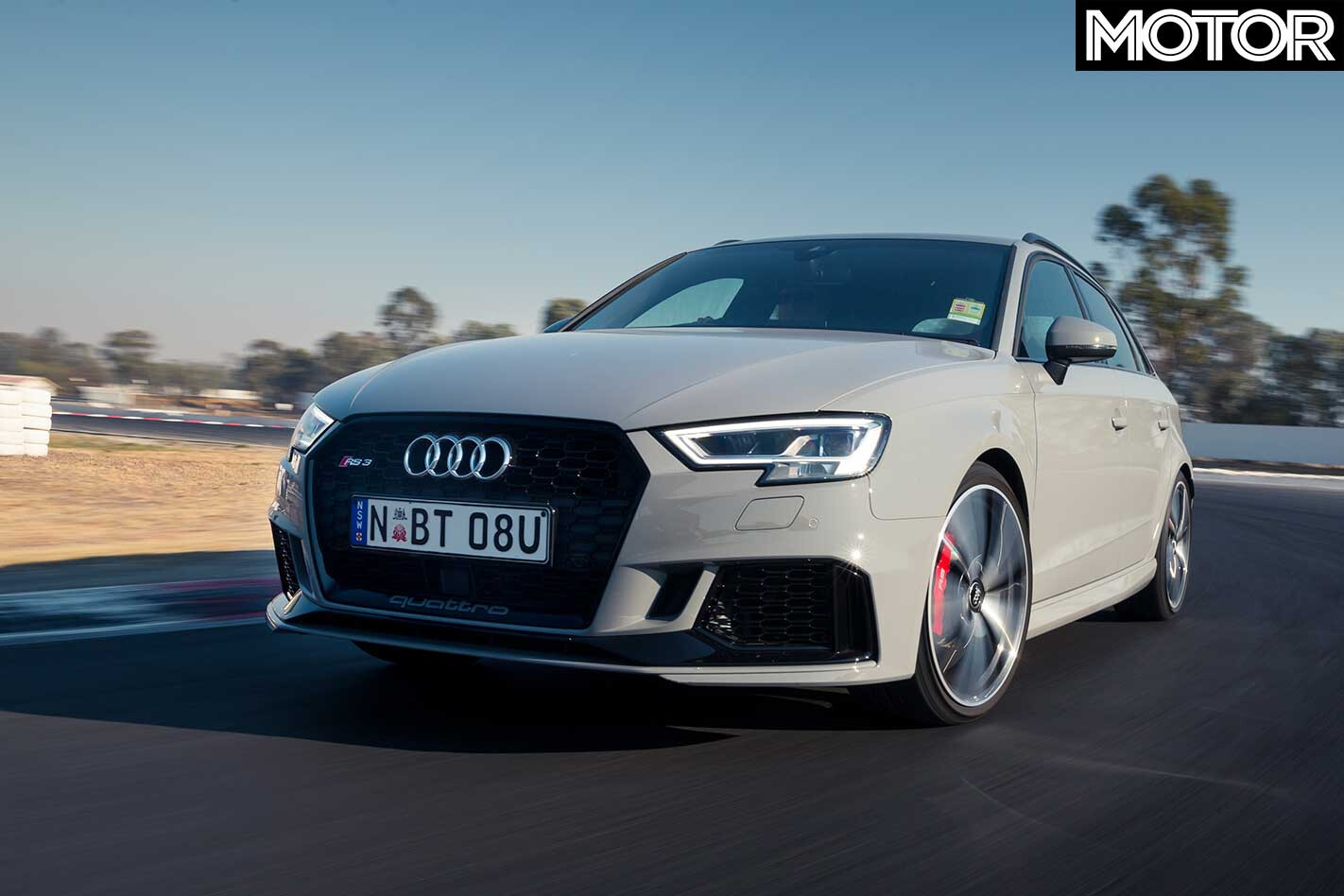 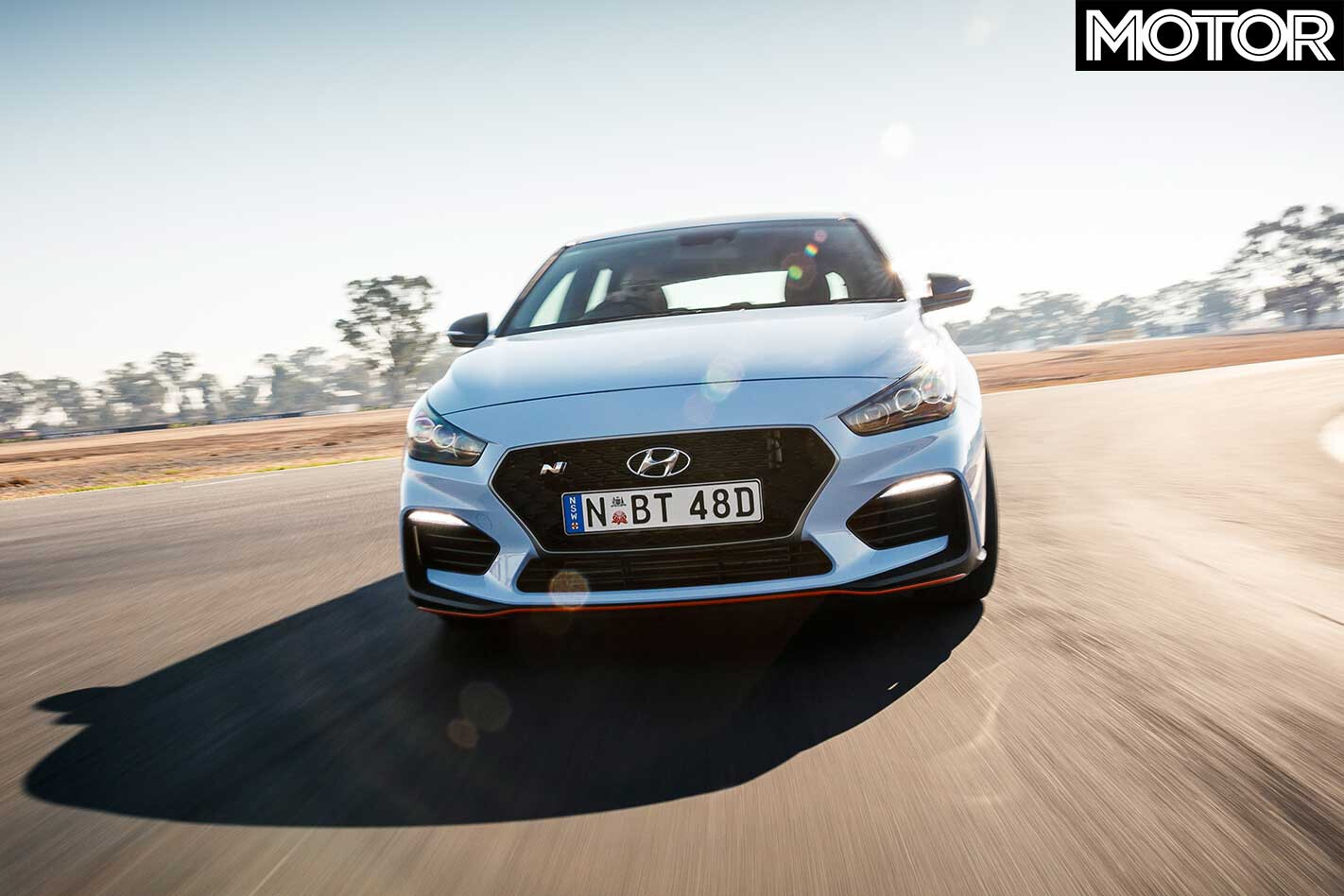 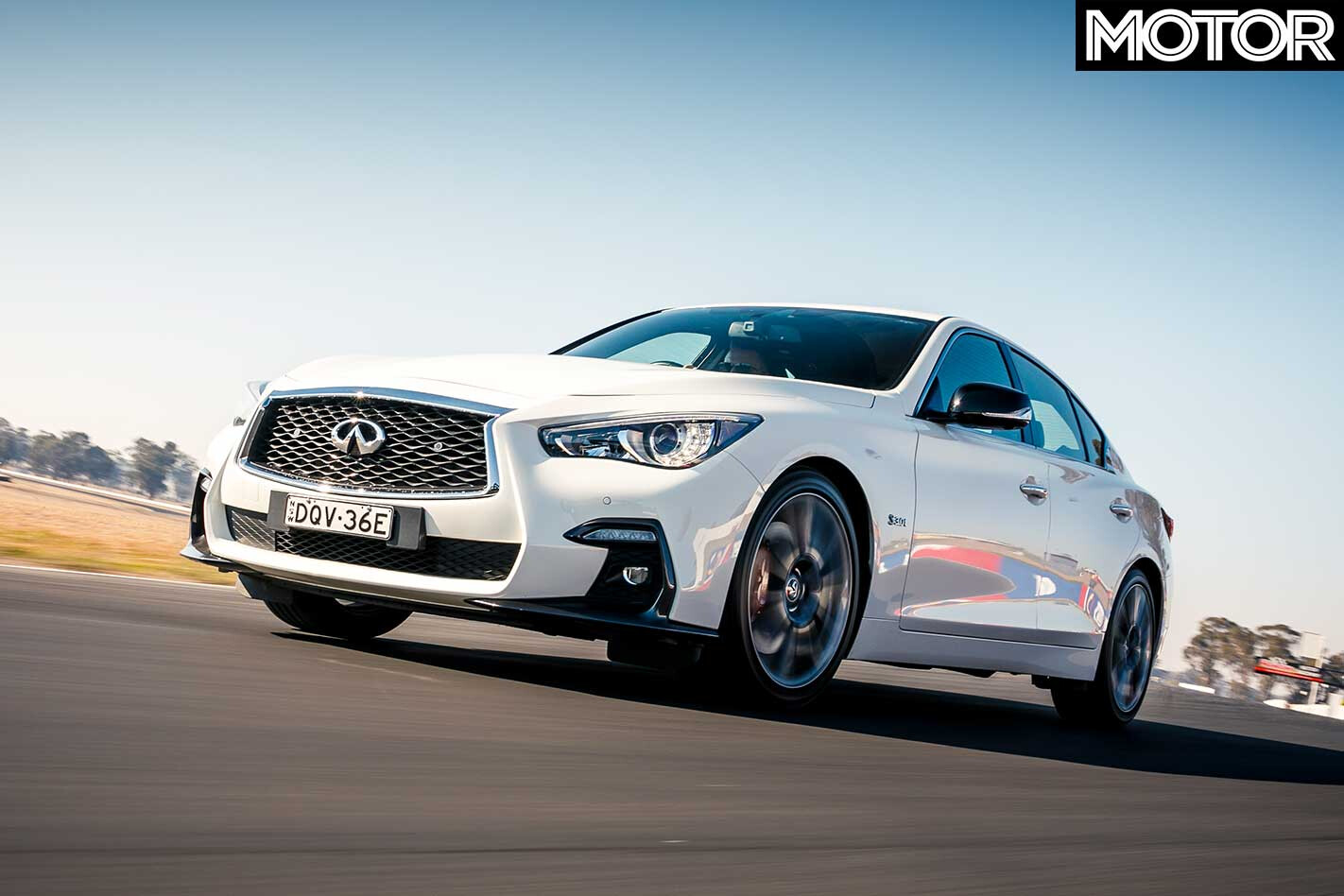 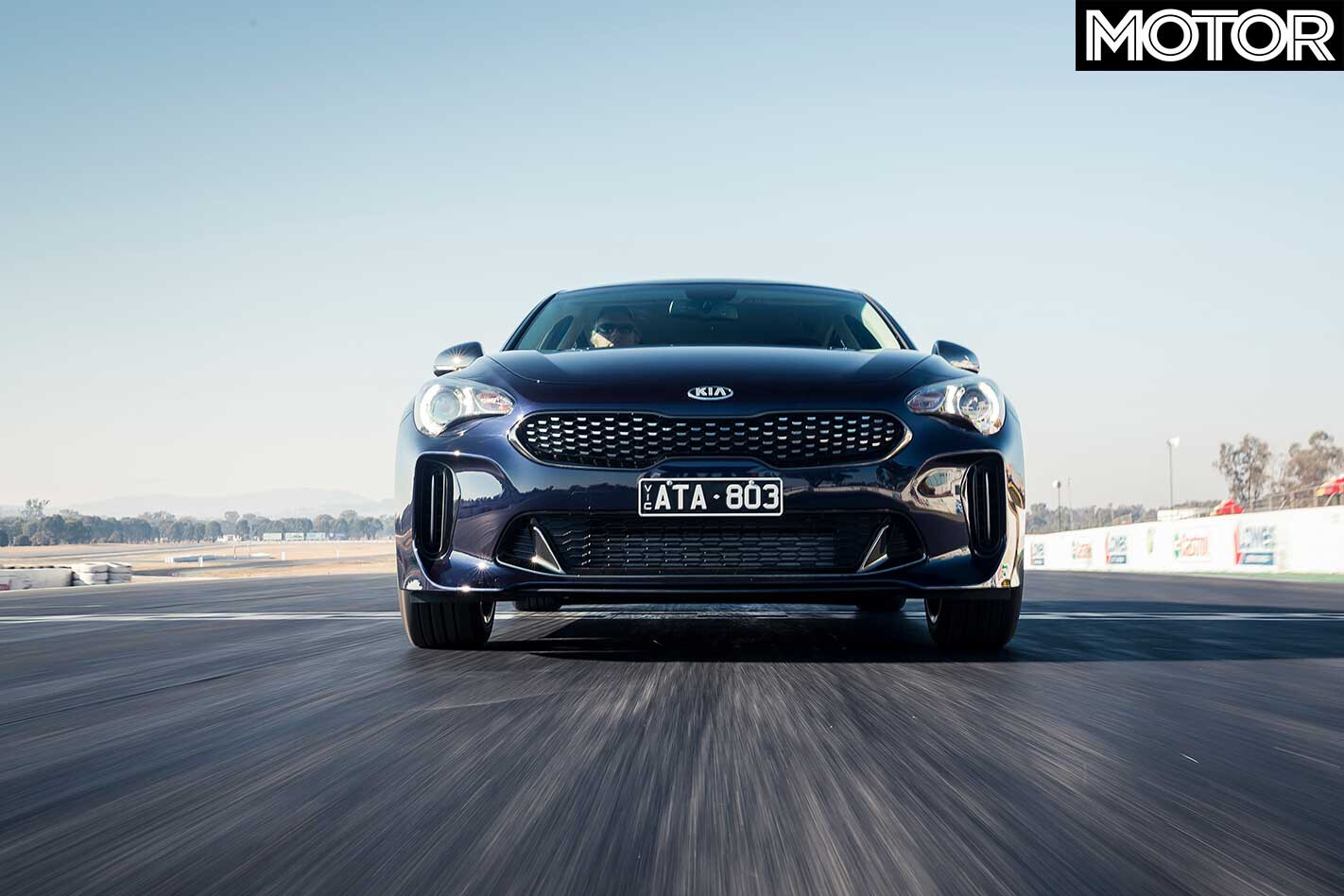 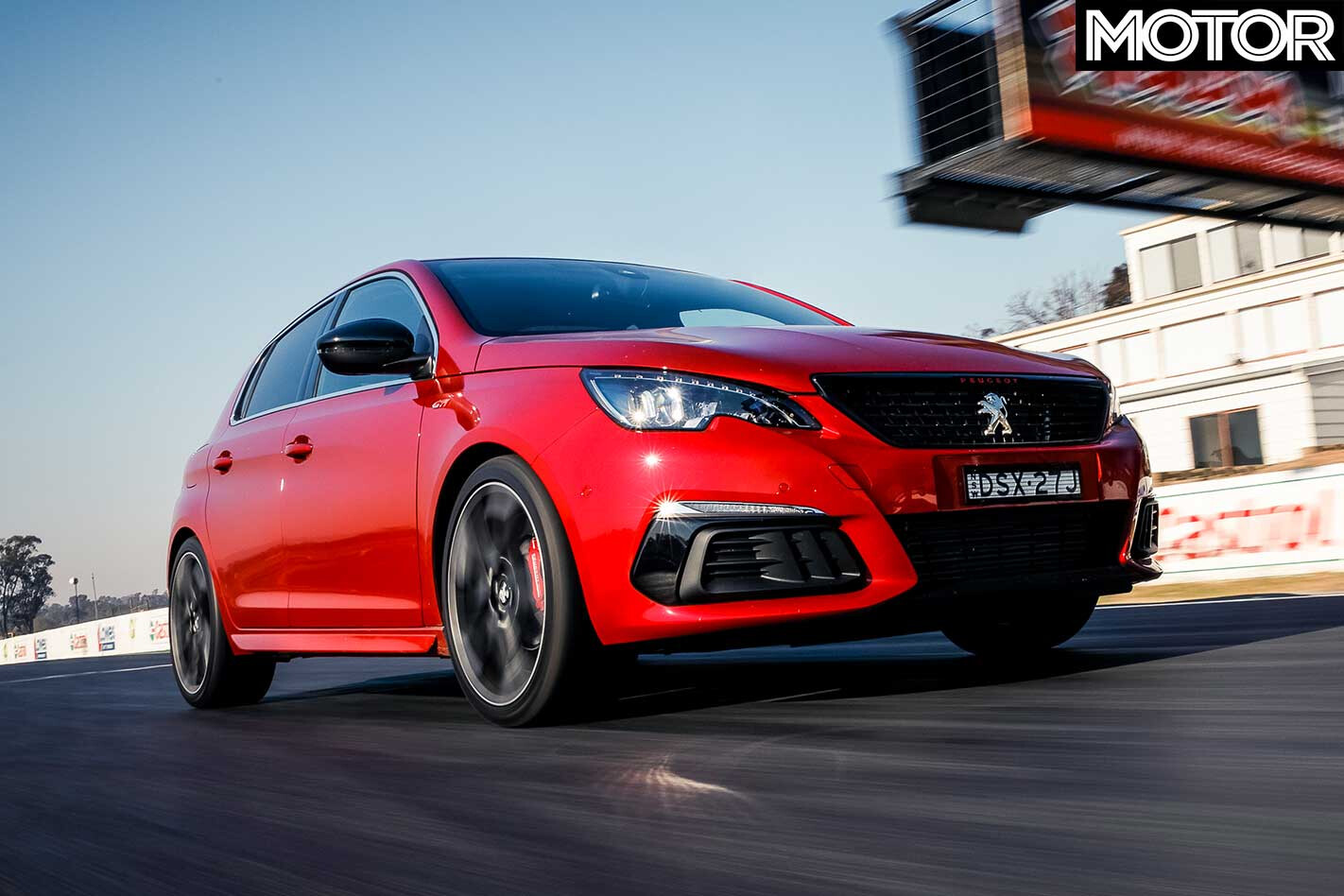 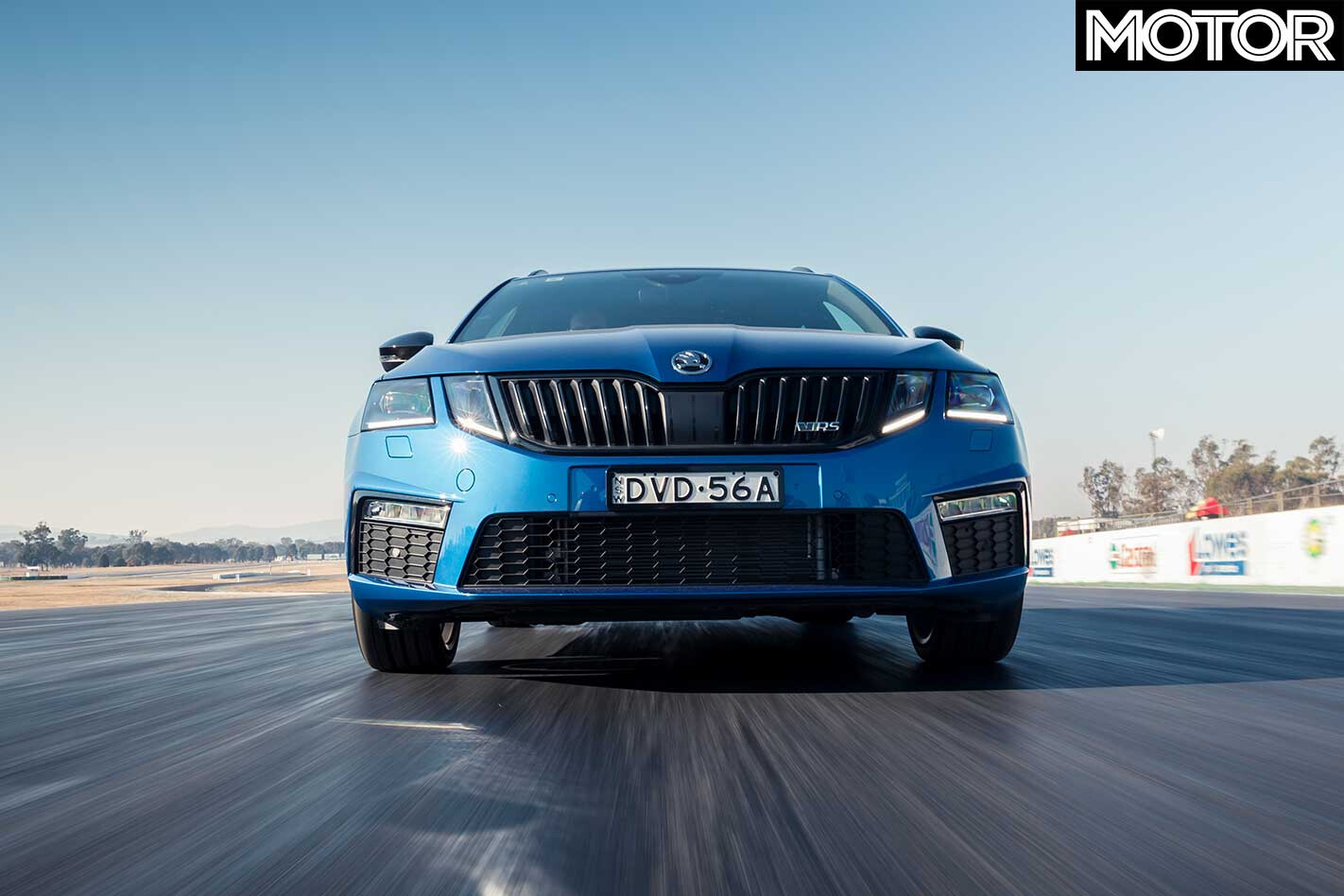 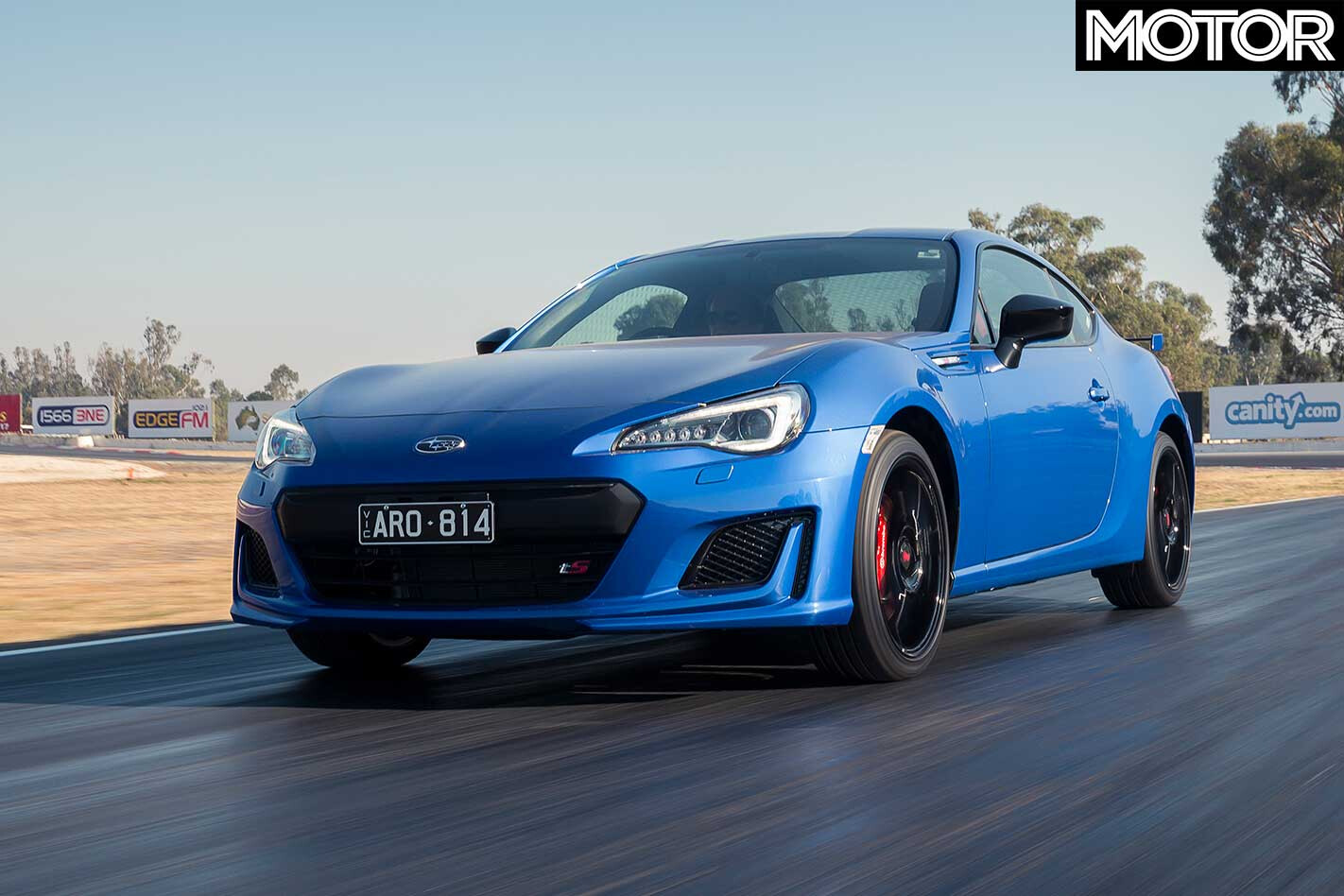 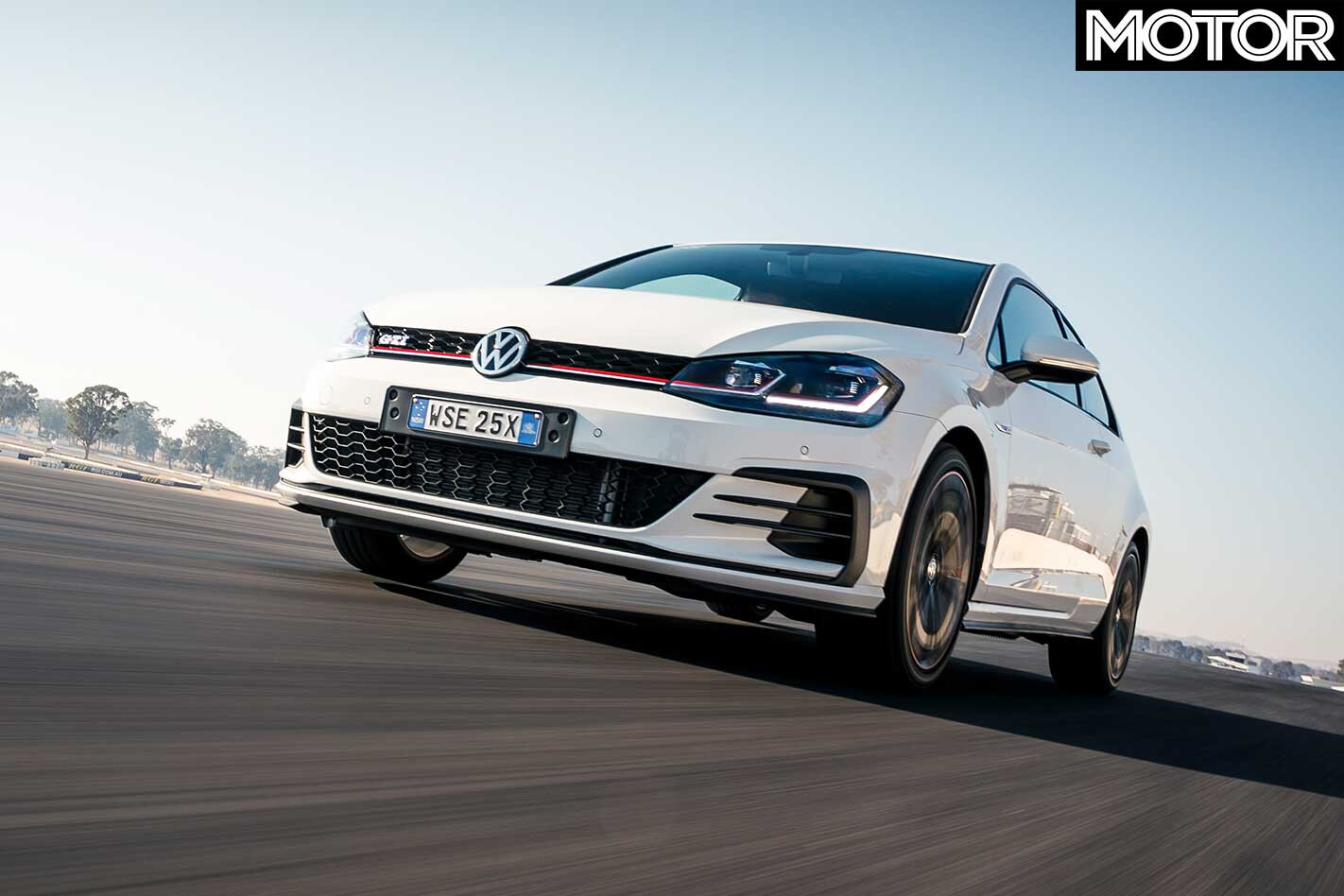