Sedan delivery or panel van, this cammer-powered Ford is no empty vessell

WHEN THE Ford Falcon was signed into being all those years ago, it became the marque’s first world car. The XK, and the XL that followed were built here and in the US using the same bodyshell and suspension package.

Oklahoman Rick Kirk says, with a time-delayed drawl, he’s built a ’62 Ford sedan delivery. Looks to us like an XL Falcon panel van, but whatever you call it it’s the same car you’ll see in paddocks from Perth to Plymouth Rock.

There are minor differences like the Aussie car’s different grille, bumpers and fractionally shorter rear quarters.

Rick’s been building streeters since the 60s and has 46 cars including seven 427 Galaxies. He collects engines too. He also does contract work for the Big Boys in Detroit and has strong connections in high places. So whatever you want, he’s probably got it stored in a crate somewhere in the shed. Offer him hard cash. It’s all for sale.

He has $35,000 in this engine and that doesn’t include the Accel EFI to come.

The ’62 Falcon wagon was built to show off the quality of his RK Machine Inc workmanship. The buyer picks the combo – engine and bodyshell – and he and his contacts do the rest.

There are unique and time-consuming tricks to demo. For example, the entire nose is one-piece moulded fibreglass. To get to the engine, a series of hydraulic rams slides the nose forward along Teflon strips then kick it up. “We’ve got as much time in the front end, in setting up the hydraulics, as we have in the rest of the car,” he says, and that’s counting the panelbeater who spent 17 weeks hammering out more than 150 hail dents in the bodyshell, and the underbody that was assembled, disassembled, painted and reassembled. Inside the doors and cargo area rests 120kg of Kicker audio system installed by Stillwater Designs for quick, race-ready removal.

As well as the BDS 6/71 blower, the Cammer is enhanced with a Moldex 5/8 stroker crank that boosts capacity to 503ci

As muscular as the Falcon is visually, it’s still out-muscled by the SOHC V8 up front. The Cammer is the stuff of legend. Dry-sumped and injected, the overhead-cam 427 is a blend of high-tech, nostalgia and horsepower. From its massive 503ci capacity and 19psi boost, Rick reckons it’ll make 1200hp when running ultra-high-octane fuel.

“The motor is good for 10,000rpm,” he says, “but with the cams in it, it’ll make all its power at 7500.” Those cams are Lunati roller with 0.688-inch lift on intake and exhaust. The hemi heads house 2.25-inch stainless intake and 1.92-inch stainless exhaust valves plumbed to a set of Hooker headers and a 4-inch Flow Master drainpipe.

Alston Race Car Engineering built a Pro Stock-type tube chassis that runs from bumper to bumper with coil-over shocks, A-arm front suspension and a four-link with Watts link holding down a Ford nine-inch rear. The Strange aluminium centre assembly has a 4.57:1 Richmond crown and pinion. The engine has been scooted back so the engine sits behind the front axle to give the 1200kg wagon a 50:50 weight balance in an effort to improve launch.

He figures it should do high 8s, and if something goes seriously wrong I know an XL panel van down under waiting for its day. 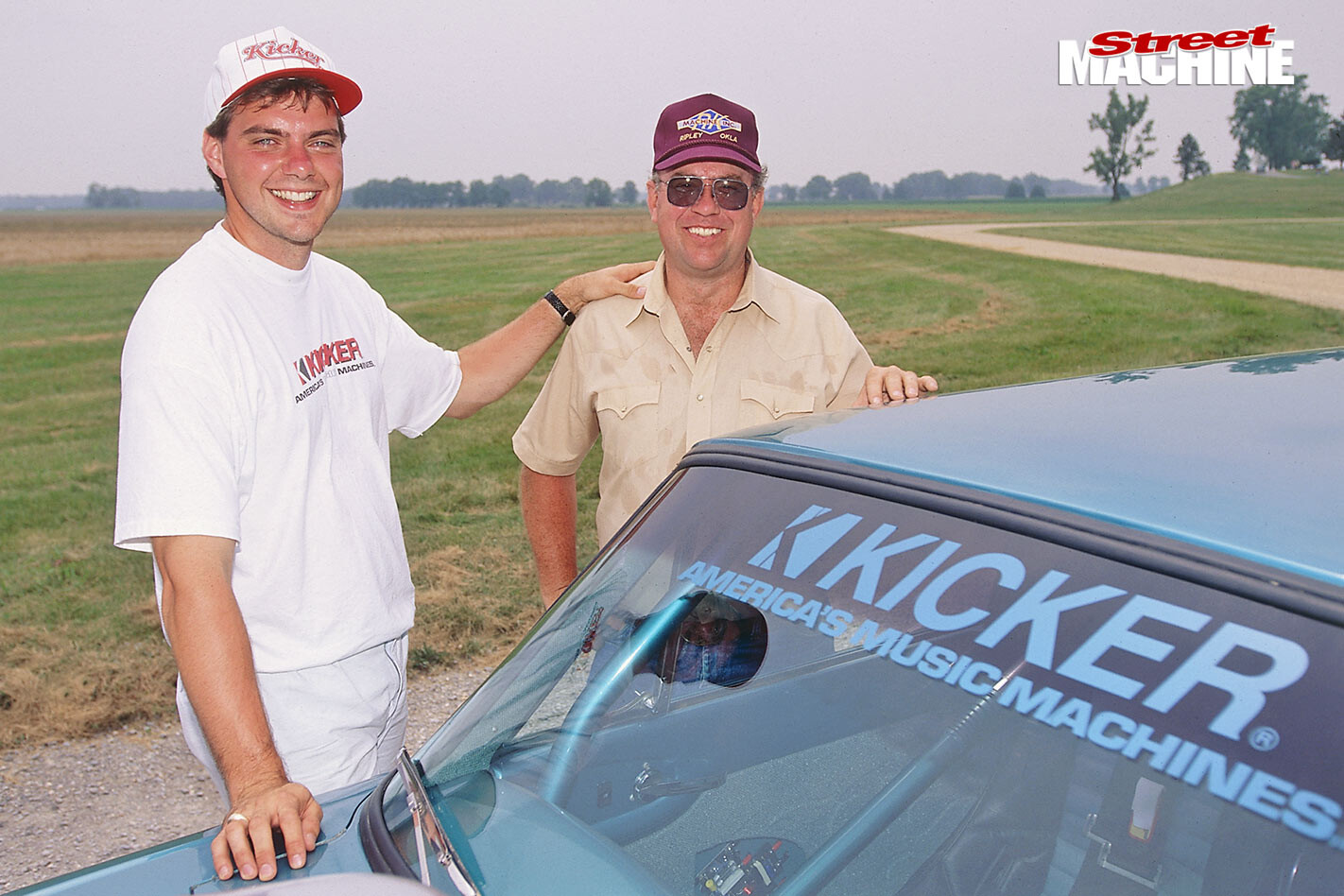 Cool info: Ford’s SOHC ‘Cammer’ was released in 1964 to go head to head with Chrysler’s 426 Hemi in NASCAR racing. It was sold over the counter and available with a single four-barrel carb (616hp @ 7000rpm) or twin four-barrel carb (657hp @ 7500rpm). The block came from the 427 side-oiler. In place of the stock block’s camshaft the Cammer carried an idler gear that drove the distributor and oil pump.